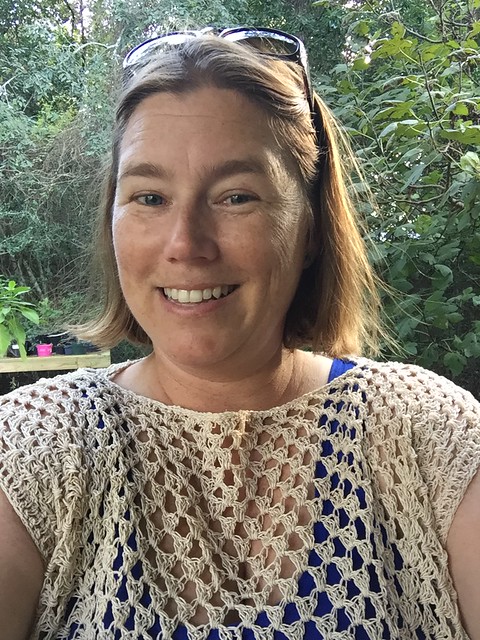 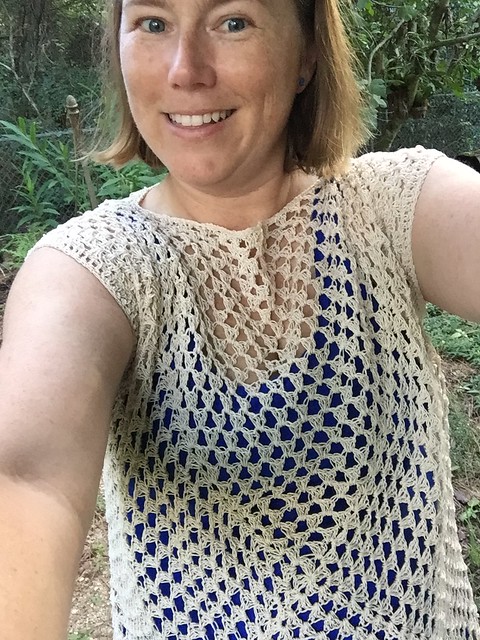 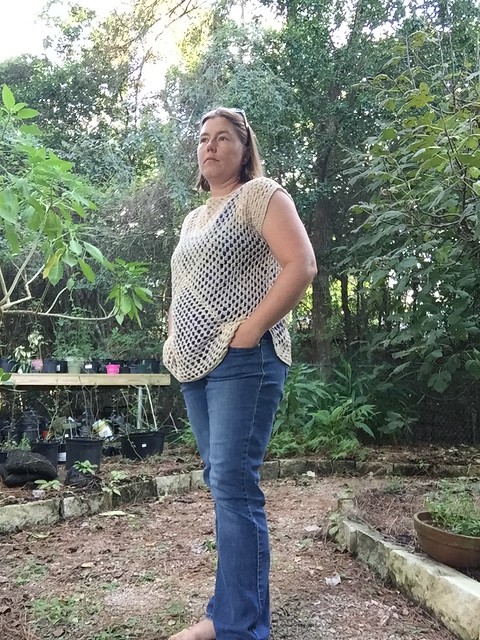 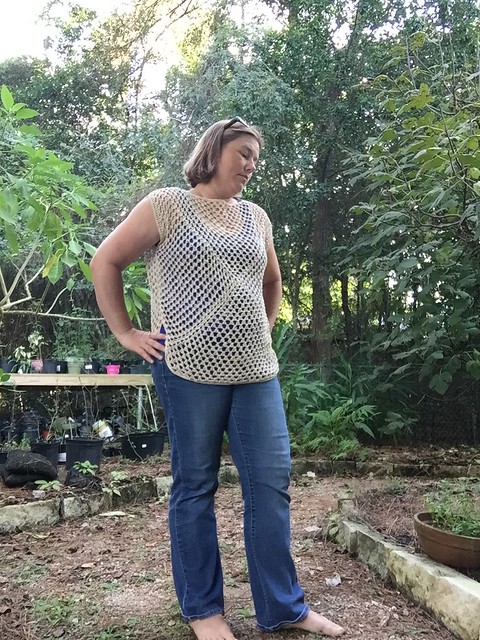 I finished up the top early Sunday morning as Forest and I were chilling in the west end Best Western in Galveston while Chris was out getting some fishing done at San Luis Pass. I’d worked on some of the finishing touches a few days before but only had to finish the sleeves and bottom edging. Yesterday I washed it out in the sink with some special yarn soap I’ve had for years and out came a lot of dirt and dingyness from being stored for eons—this was my grandmother’s yarn. I’d washed out a lot of the yarn in containers when I got them after she moved into the nursing home but I knew some of them weren’t going to get clean (read: not smell—she sprayed all sorts of chemicals in her apartment because of ‘bugs’. There were no bugs.) until after I’d crocheted the yarn together and washed the final product.

So, it feels nice to have completed another crochet project once again. Forest asked me to make him a blanket and I groaned at that. I’ve mostly left my afghan making days behind and the kid has a million and one blankets from gifts people made for him as a baby and we only ever use one or two. He doesn’t need blankets—but he asked for a specific colorway and so, I’m going to make it for him. Between that and the next garment I’m planning on crocheting, I’ll be busy the rest of the autumn!