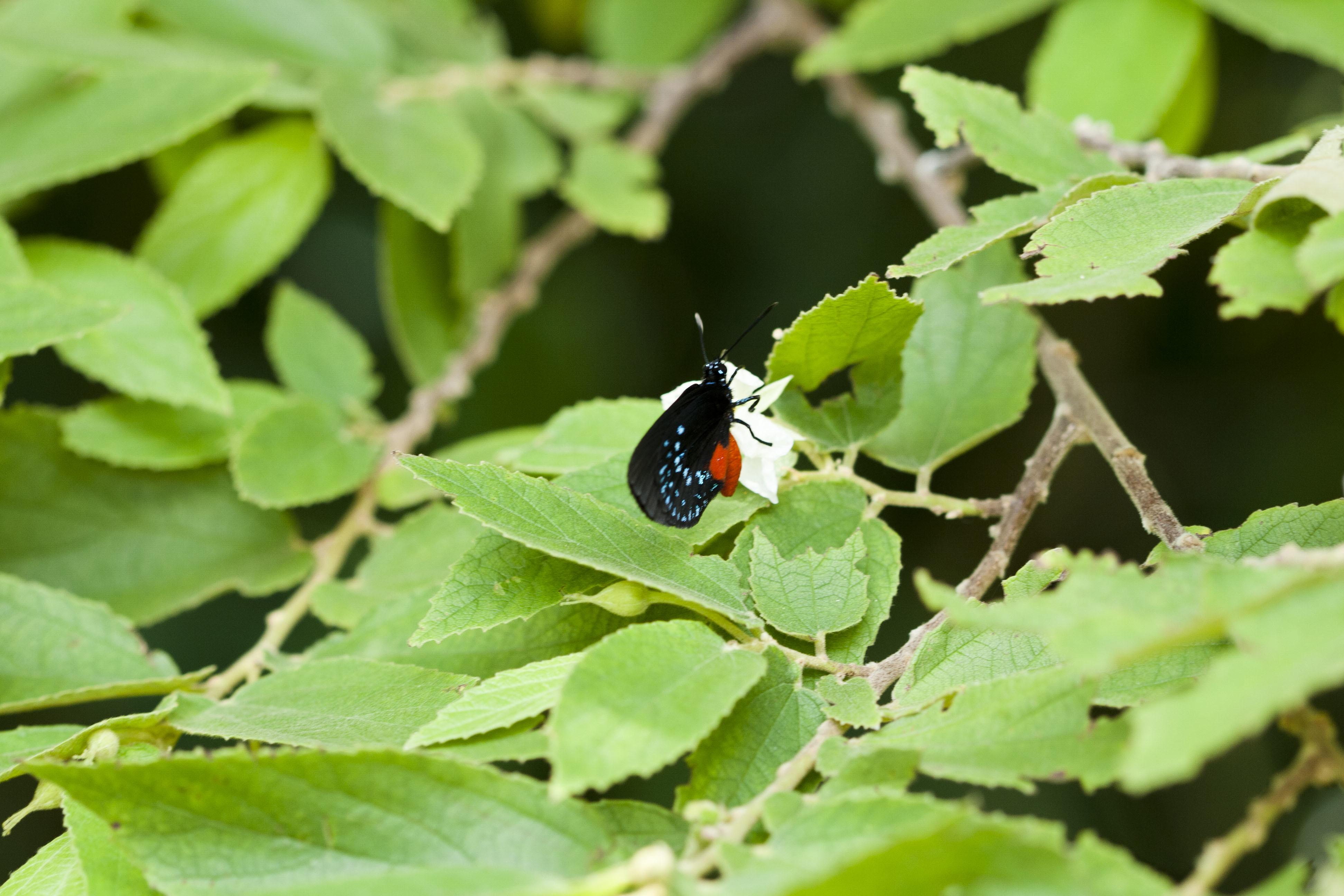 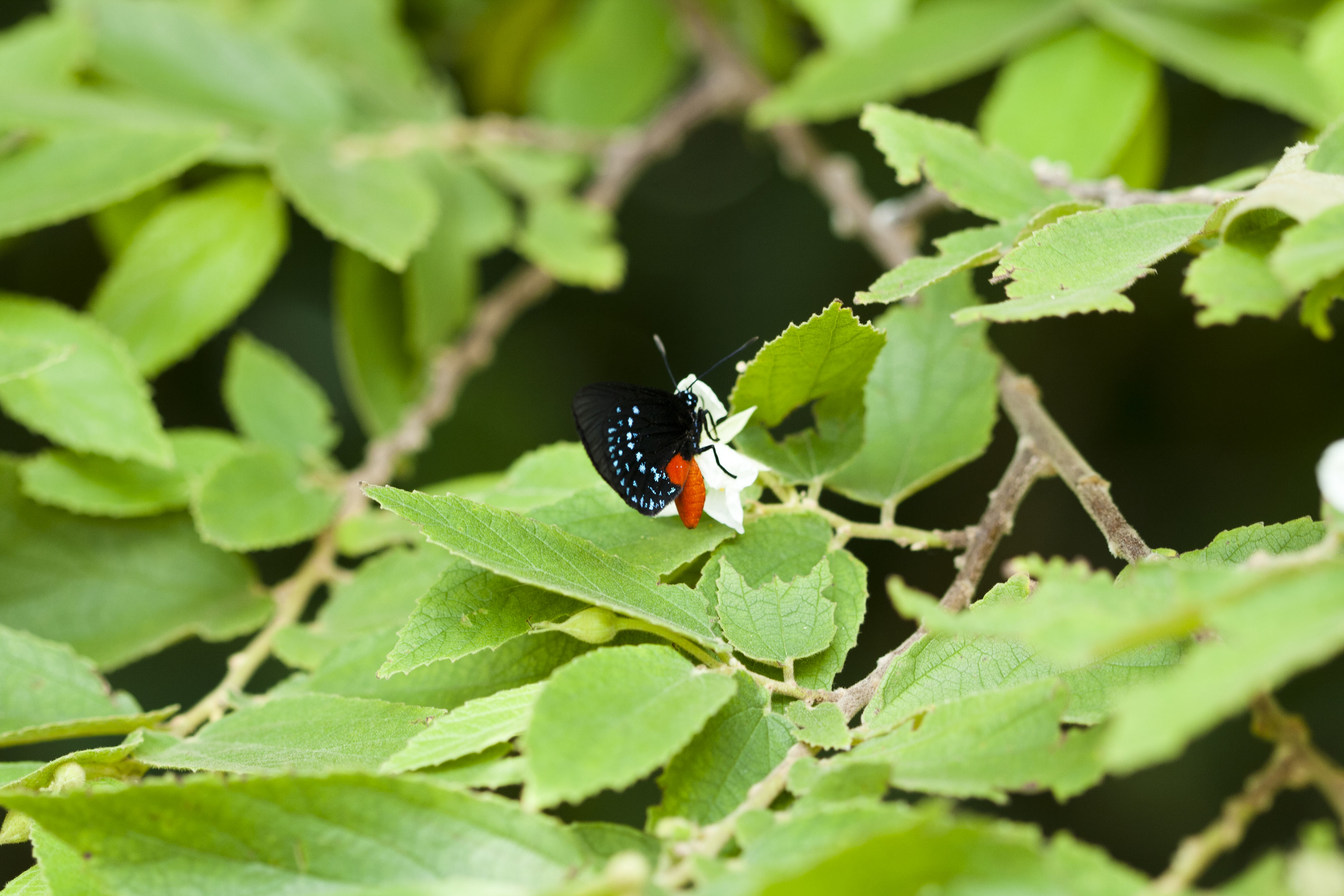 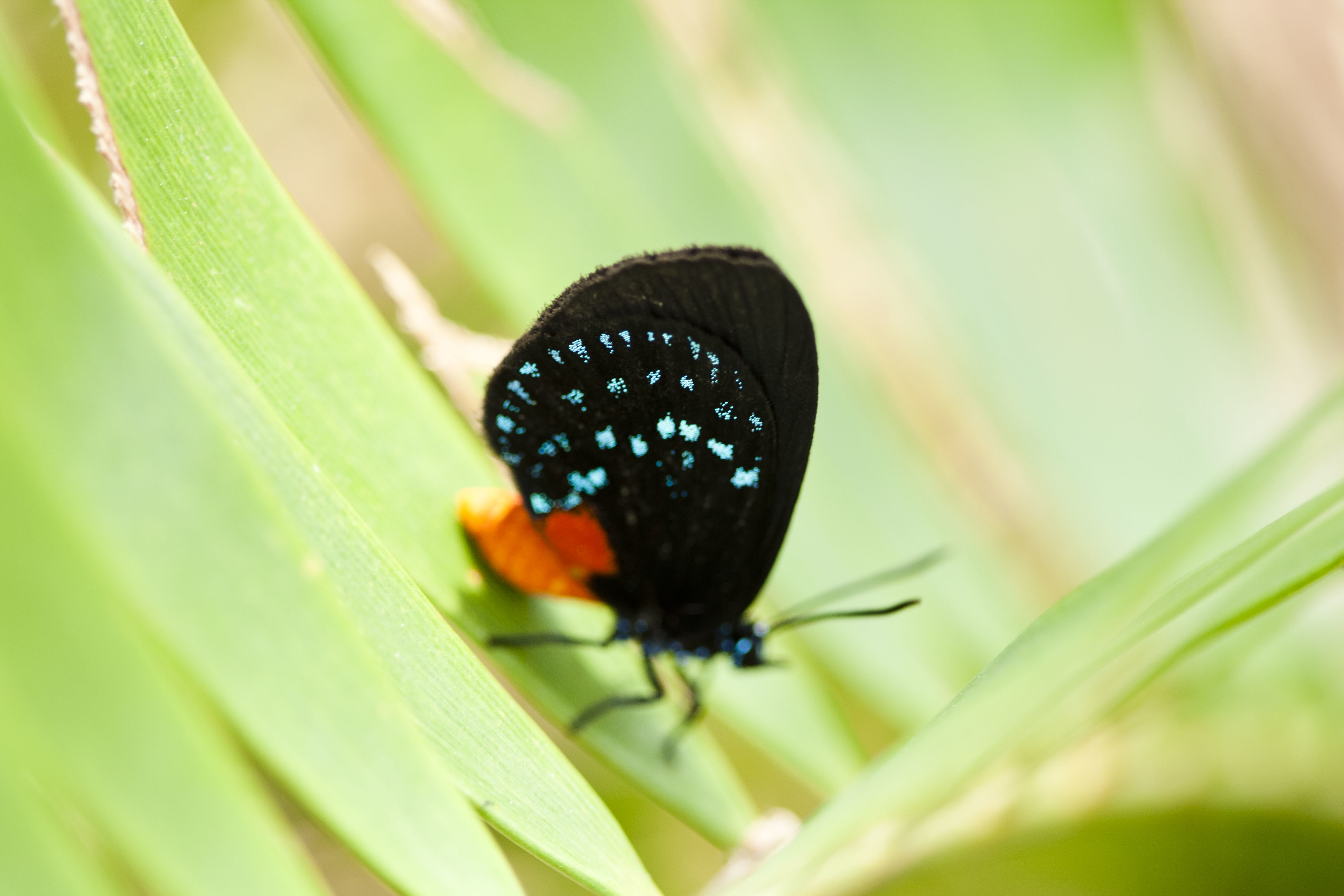 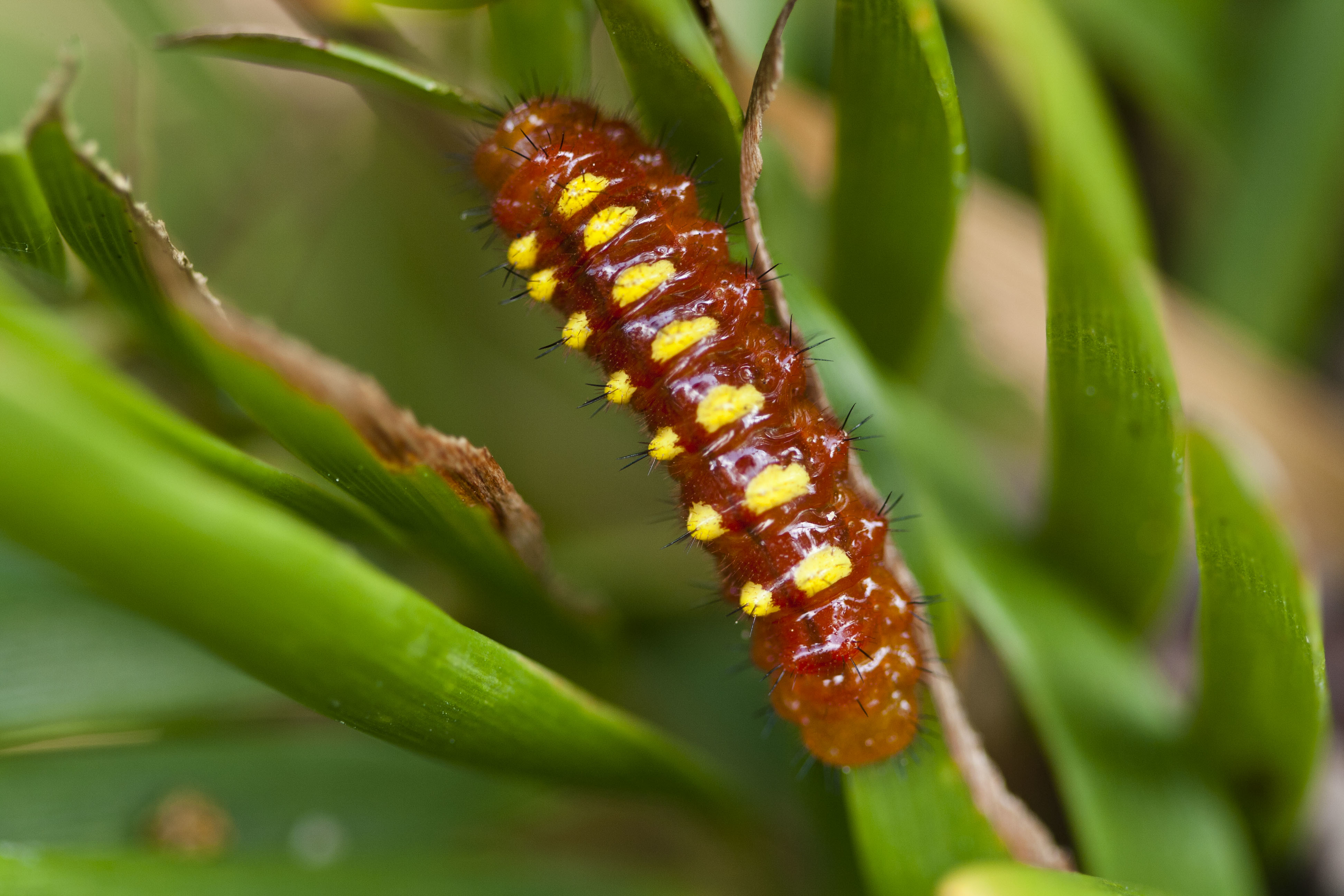 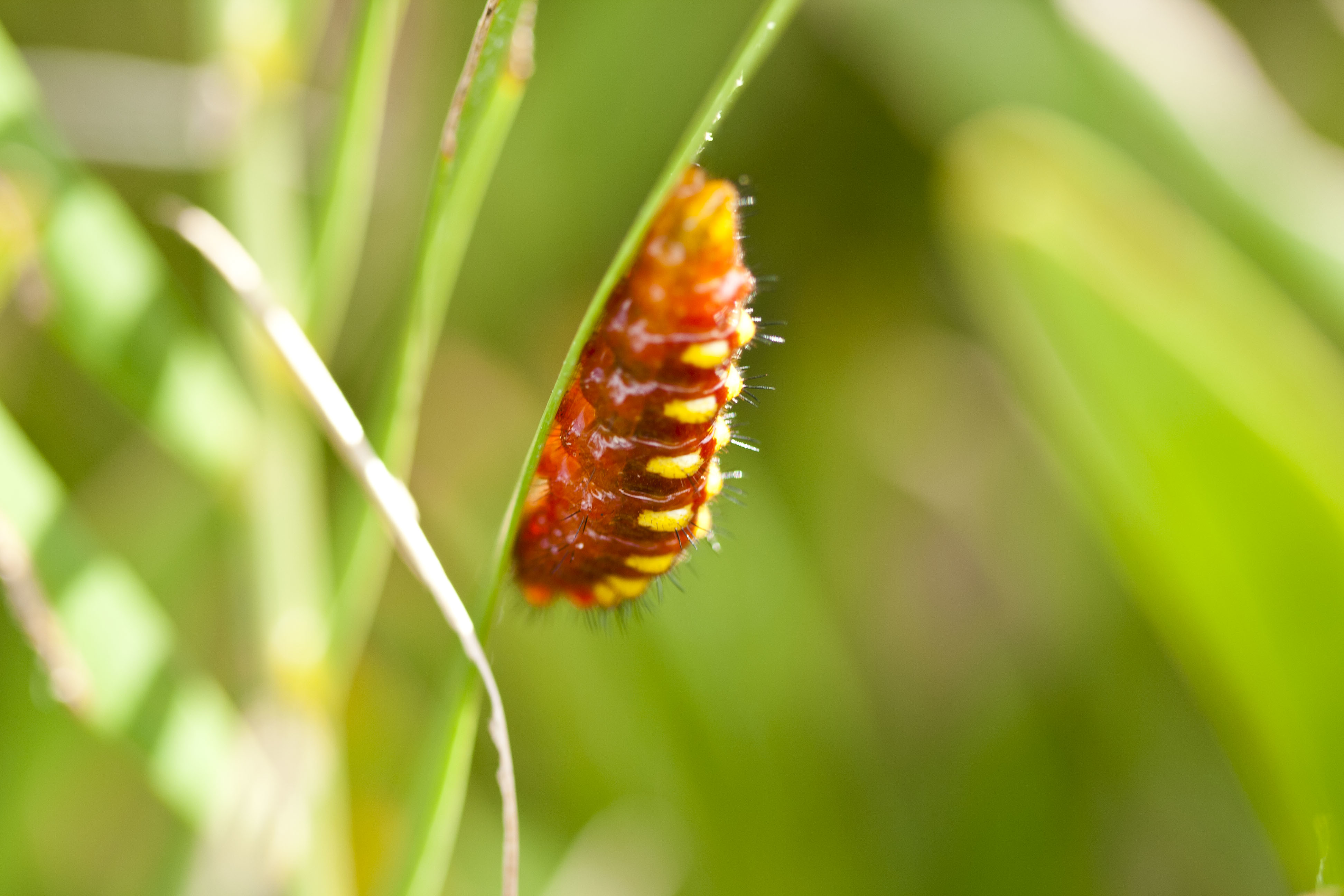 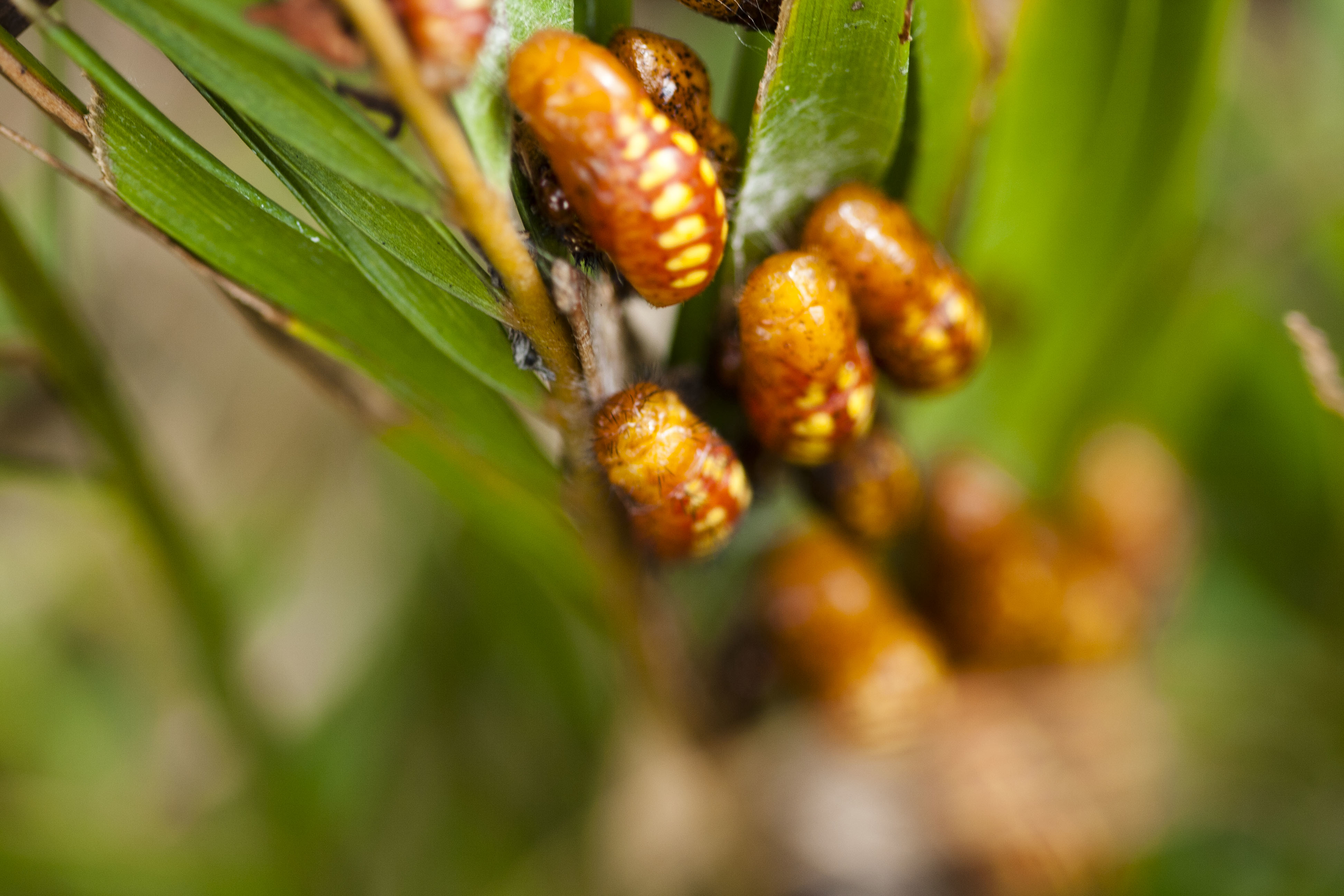 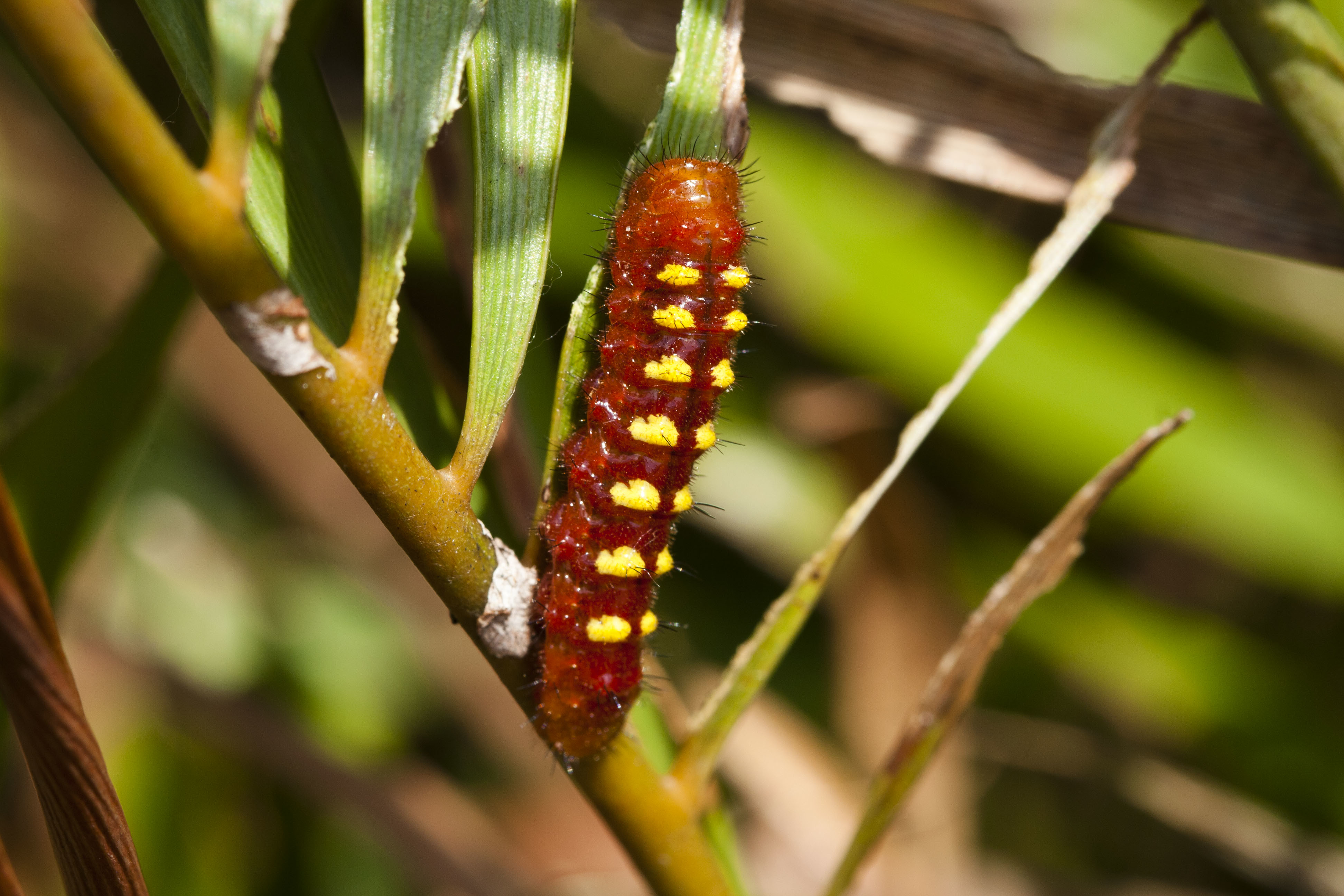 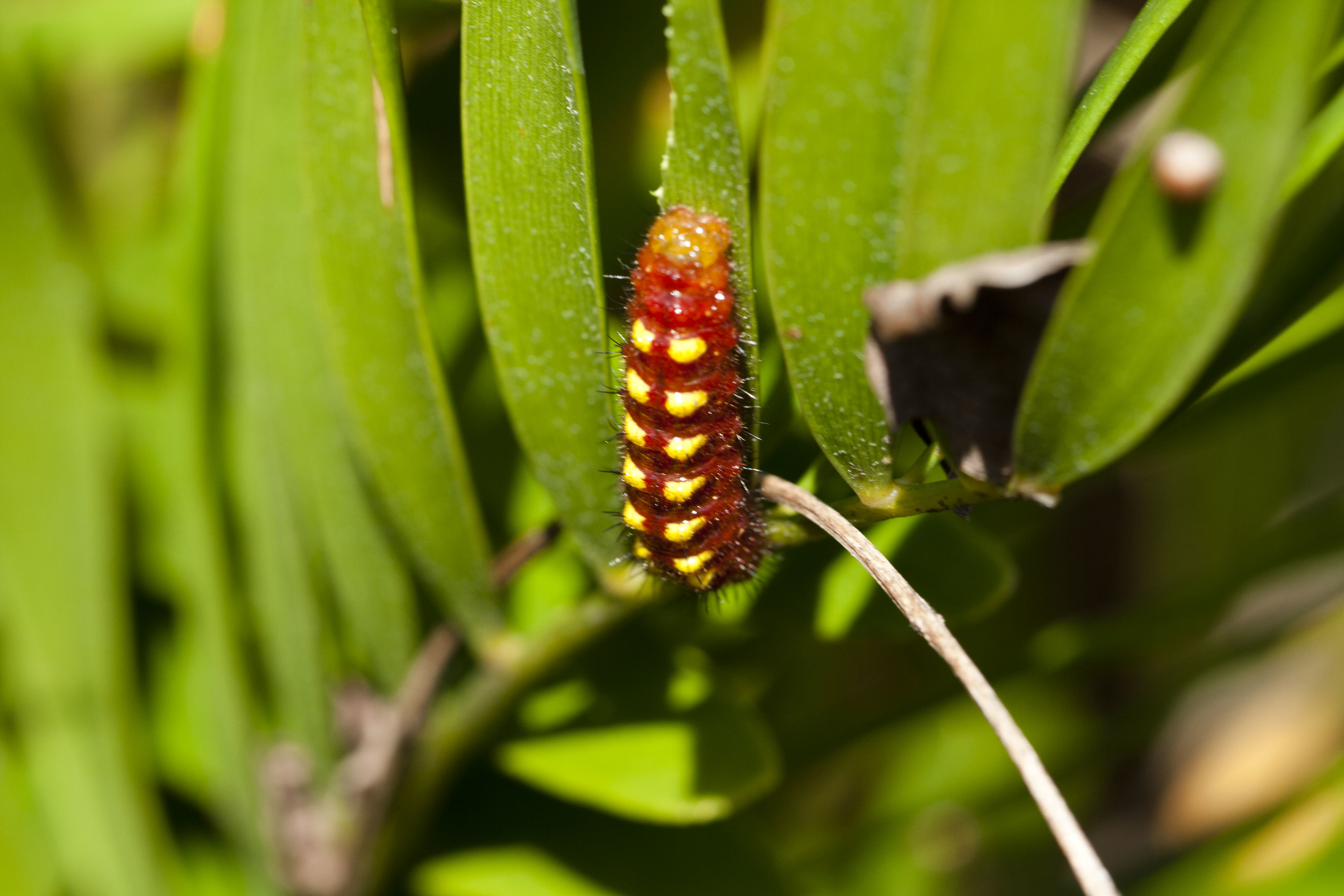 Over the last week or so I’ve been deep diving in our backup hard drives. The goal is to look for certain photos for my friend Eliana but as I’ve been sifting through photos I’m finding all sorts that we never edited—especially photos Chris took. Along the way I’m shuffling over files that I want to edit but I know I’ll be going back through the drives to pick out favorites and revisit some items.

One of those sets were these handful of photos you see above of an atala butterfly and several larvae. We had seen them at Mounts Botanic Garden in West Palm Beach in March of 2008. I remembered visiting the garden and have thought about the place from time to time over the years but apparently we never edited photos and put them on Flickr—Flickr is basically my photo repository on the cloud at this point in time and I’m tied to it forever. Don’t ever go away, Flickr!

This feels like maybe the only time we came across an adult atala but I feel like we’ve come across other larvae on its larval host plant, the cycad coontie, but I’m not certain. So, the story with this butterfly is that in the late 1800s it was considered to be incredibly abundant in southeast Florida and a handful of Caribbean islands. The host plant, coontie, had been used by the various tribes in Florida for sustenance but considering coontie is a slow growing plant and already confined to certain habitats and locales, it wouldn’t take much for habitat loss and over harvesting to affect the populations of coontie. Well, while a balance had been struck between humans and coontie, that was thrown to the wind when Florida really opened up to settlers as the they also in time began to also harvest the coontie, without all the respect and balance for nature that the tribes had been using when harvesting the plant.

Subsequently the atala population plummeted and by the mid 1900s the butterfly was thought to be extirpated from Florida. Ah, isn’t this usually the story? Abundance and then something tips and boom! a species is now extinct. (See: passenger pigeons)

In the late 70s a population of atala butterflies was found on Key Biscayne, though in my readings it isn’t clear if this is a repopulation from butterflies in the Bahamas or hold outs from the original population that managed to survive. Either way, biologists began rearing butterflies on cultivated coonties and started reintroducing them across their native range. Then, as coontie began to show up in the nursery trade, the plant became more abundant in landscaping throughout south Florida, thus creating a different habitat for the atala larvae. Now a once potentially extinct species is considered to be somewhat abundant once again. It is still considered rare and vulnerable by various agencies due to general habitat loss and other factors that affect insects such as pesticides, but what a remarkable turnaround in 40 years!

I’m including some links below for further reading if you are interested!

+The Coontie and the Atala Hairstreak by Roger Hammer in the FNPS The Palmetto magazine. I saw several references that mention Roger as the person who rediscovered this population but he doesn’t state that himself in this article. I wouldn’t be surprised that Roger found it, he’s a renowned naturalist in south Florida. It’s a great article worth reading.
+Atala History via the Atala Chapter of North American Butterfly Association
+Eumaeus atala via UF IFAS
+A Nearly Extinct Butterfly Makes a Comeback in South Florida via Entomology Today
+BAMONA Sightings—including two stray historical sightings in the lower and mid-south.
+iNaturalist sightings—far more are included here so you can see how widespread it is being seen now.