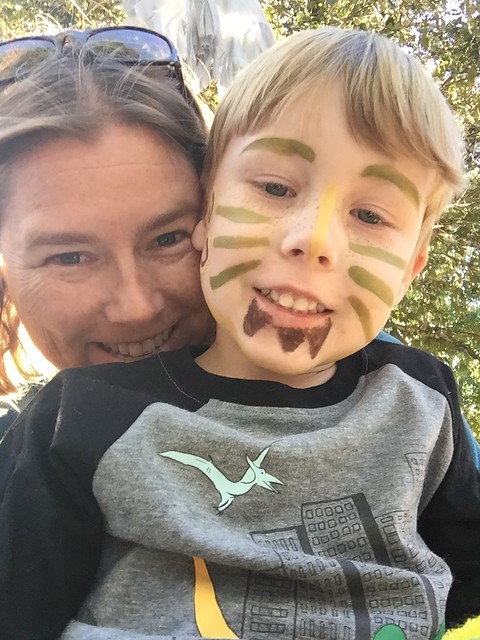 Thinking:
How about a short series of photos from the last month?? 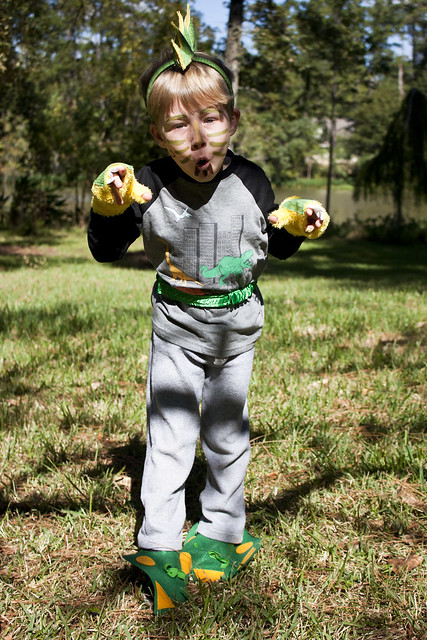 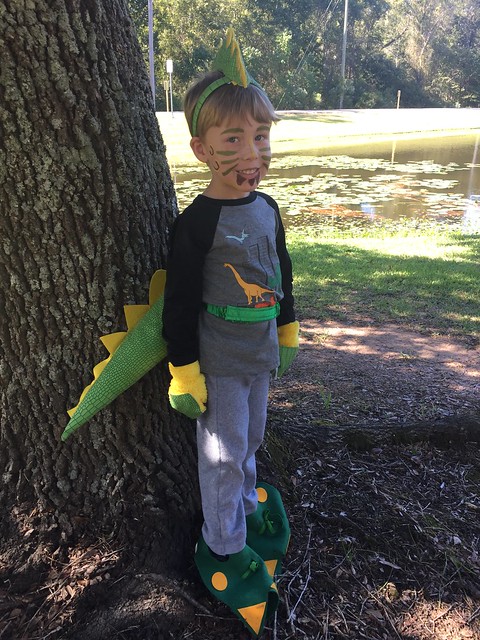 Of course there was Halloween last week. We kicked off with our tiny community’s hayride event, which Forest went dressed as a dinosaur! I tested out my feeble face painting skills and T-Rex got 2nd place! Well, we actually kicked off the night before at a fall festival at his school where there were games, food, and friends. Then there was a Halloween party at school and Halloween night trick-or-treating as well. For both of those he wanted to dig out his almost-too-tight costume from last year and be Spider Man again. *shrugs* 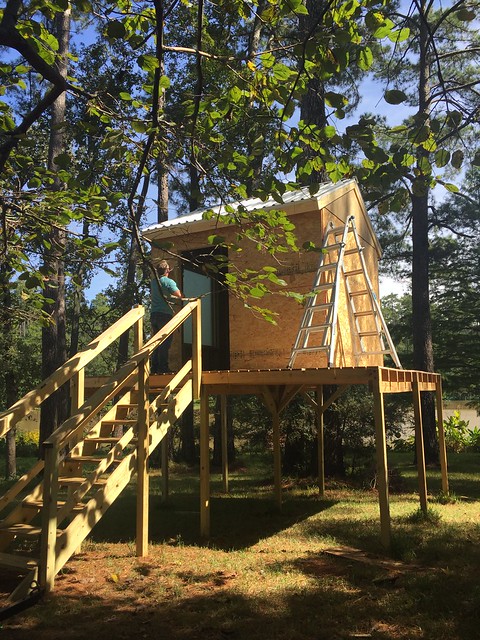 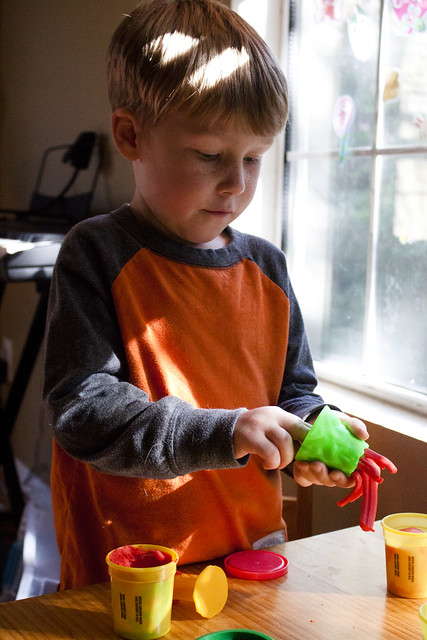 I’m trying to get my camera out more often in the house again and take photos like this once more. 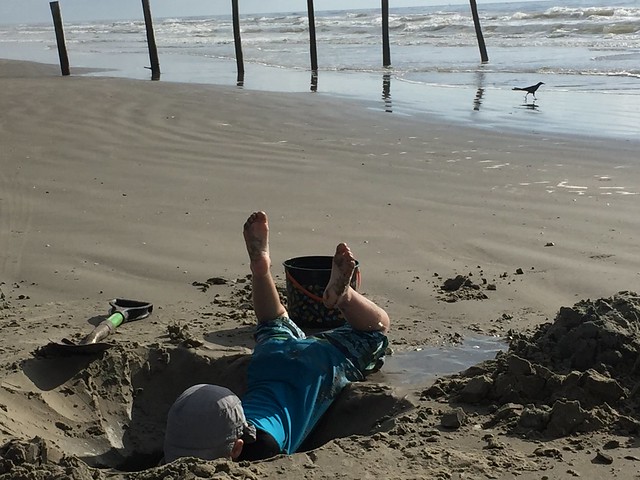 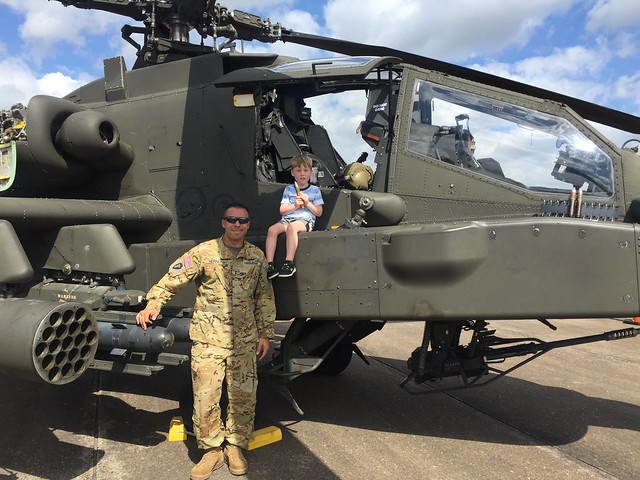 When I had my girl’s weekend Chris and Forest went to the air show and the beach! 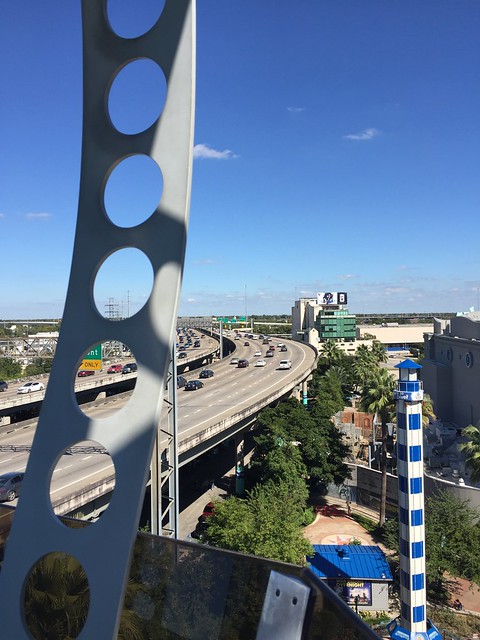 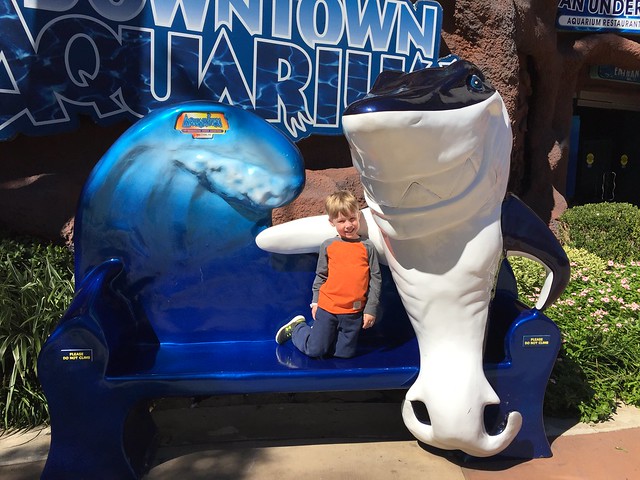 Last weekend we attempted to go the zoo late morning but found insane traffic to park and when we looked for a spot it appeared the lot was entirely full, which meant you’d have to stalk anyone leaving which we didn’t have the patience to do. Forest cried and we decided to go to the aquarium in downtown instead. He’d gone this summer with school and had fun and I knew it wasn’t anything spectacular like a major aquarium but we had fun!

Gardening:
I’m finding my energy to get back out there once again. I started working on the flower paths and cleaning up some general debris on the garden this weekend. We really need to mulch the beds before winter (but we just had our first freeze almost a month early so, whatever, winter is here) but I’m not sure I’m in the mood for that yet.

Loving:
During my weekend with my friends we played some cards games. It spurred me to get into playing games more with Forest and so I bought a Go-Fish deck and we’ve been playing during the week. Now he’s getting more interested in games so I’m trying to make time to play for 20-30 minutes a few nights a week with him.

Reading:
Currently reading Where the Forest Meets the Stars by Glendy Vanderah. I’m also listening to The Rise and Fall of the Dinosaurs by Stephen L. Brusatte which might sound like a tome but it is actually written well for the non-paleontologist. And the narrator has charisma so it is an enjoyable listen. Plus, he’ll mention a dinosaur and I’ll be like “Hey, I know that one!”–helps to have a dino obsessed 5 year old. There’s a few others I’ve finished lately and am in the middle of reading as well.

Also, this article: The 2010s have broken our sense of time. This article reinforced my love for pre-2010 movies, or movies with flip phones only.

Making:
I’m still working on Forest’s rainbow afghan which looks really lovely but I haven’t been dedicating a ton of time to it lately. I’m pondering getting into a weekly or more than once a week situation with some nature sketchbooking.

Watching & Listening:
I just binged The Crown season 1 & 2 again in anticipation of season 3 here in a few weeks. I’ve been editing a lot of photos and working on that afghan so it has gone well together. I started The Good Place last night which is kind of funny and with short episodes. Works well for when you are half paying attention to something and multi-tasking. Other than that I’m only watching This is Us and Grey’s Anatomy on network tv.

Looking Forward:
Still debating driving to DFW for a couple of friends and family events here in a few weeks. Thanksgiving is this month and we haven’t made camping reservations yet. Not sure what we’re doing with that yet. Voting is Tuesday. I have jury duty the week after. Nothing terribly exciting on the agenda this month!

I’m enjoying this ‘extra hour’ this morning with a bit more lingering than I would be doing at this time of morning. Hope everyone is well out there in blog reading land!