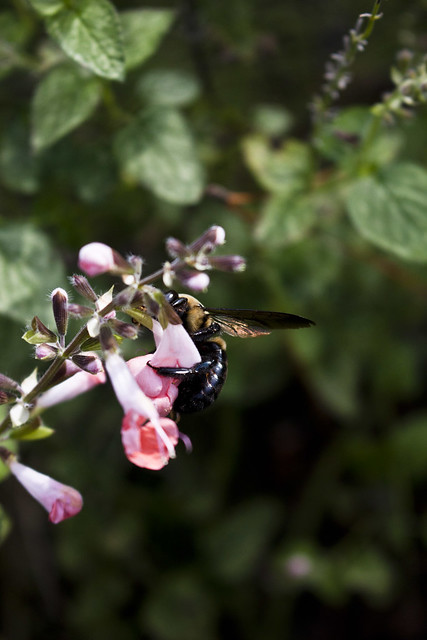 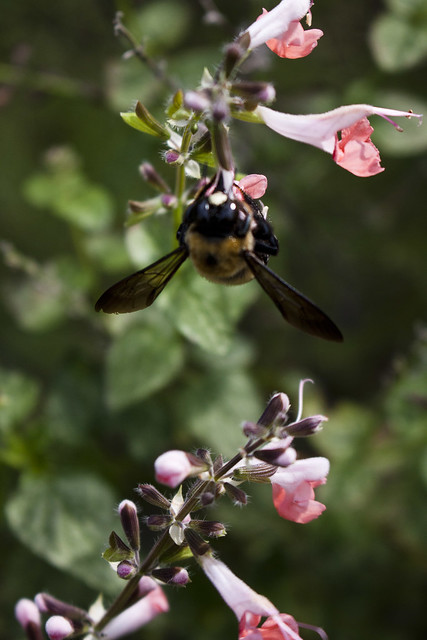 Last week we had our first freeze, about a month earlier than is typical. Last year we had a mid-November freeze, which was also early and then we warmed right on up again through December and didn’t freeze again until January, I believe. Some years here we freeze in December, one year I remember not freezing until January. I liked that year.

But this year we got it early which meant Chris shuffled his orchids and bromeliads in and I moved a few plants from the potting bench to the back porch. I didn’t bother covering some things in the edible garden and it looks like the gourds are the only things that truly suffered, though there’s some mild damage to the squash and a few other things. The peppers didn’t bat an eye and the okra look like they would keep on producing if I’d ever actually pick the pods. I need to go through and take some stuff down later this week. 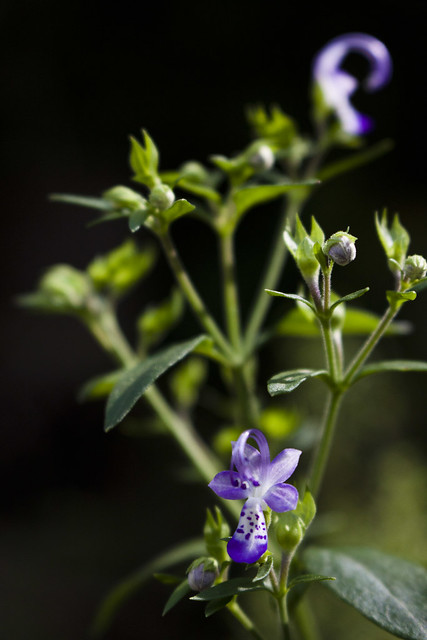 Forked blue curls, Trichostema dichotomum — I forgot I pulled a few seedlings from our ROW and put them in the flower bed. I’m glad I did! 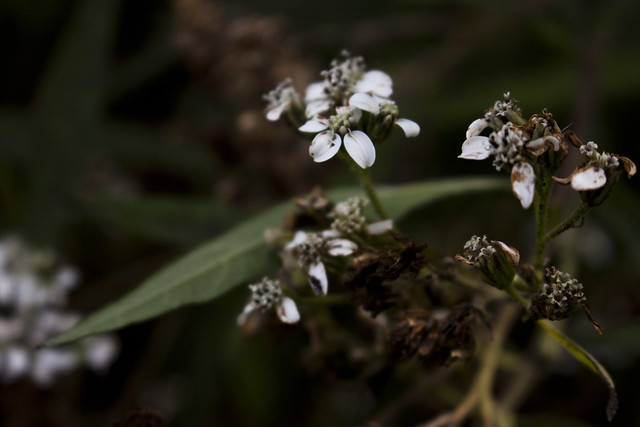 The frostweed is bending over heavily after blooming this year but it is another plant I’m glad I nabbed seeds from and threw into the beds. The pollinators have been loving it. 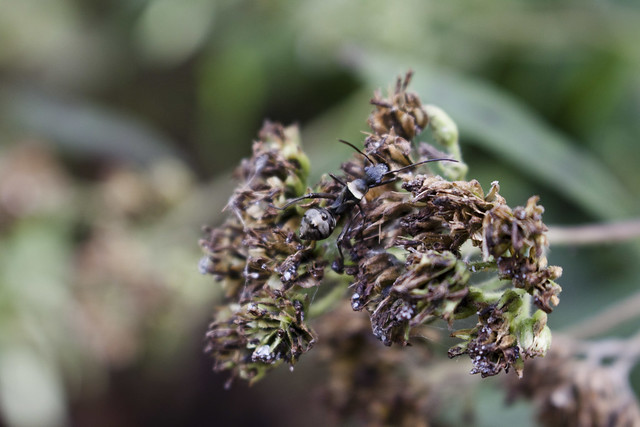 I came across this interesting insect in the garden over the weekend and it is a relative of another I found back in September in the edible garden. On first approach it appears to be an ant but after putting it on iNaturalist it appears the concensus is some kind of Broad-headed Bug, Family Alydidae. Would be great to get an actual identification at some point! 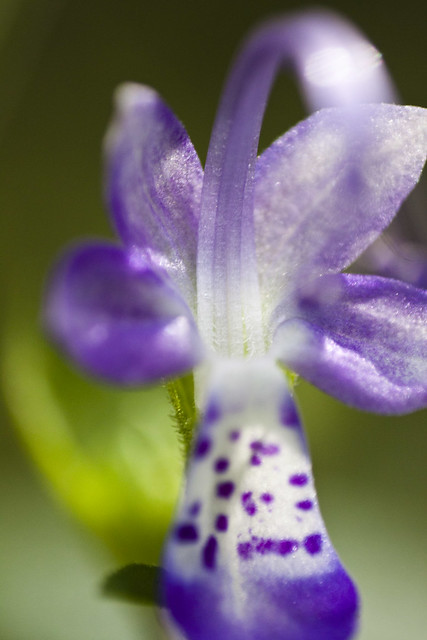 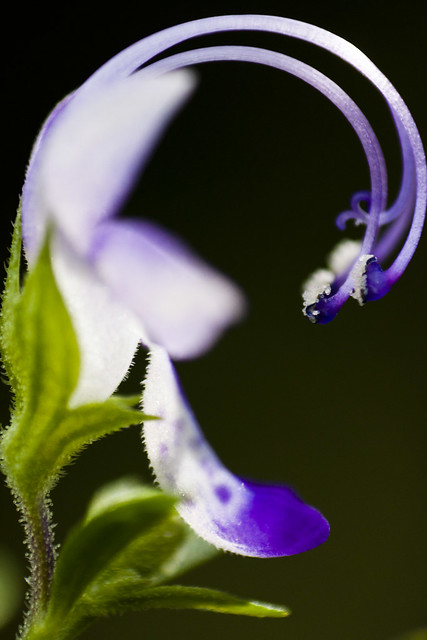 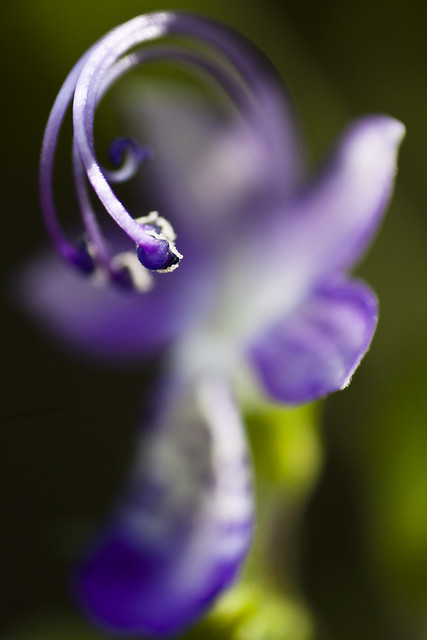 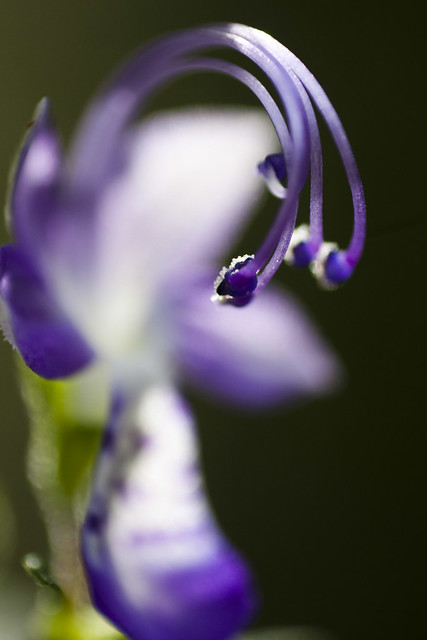 The blue curls were looking too lovely in the light beams that I had to get my reverse macro mount out and take a few photos. It was tricky as the wind was moving, I was kind of shaky that afternoon, and the flower was so small. But a few came out rather clear. 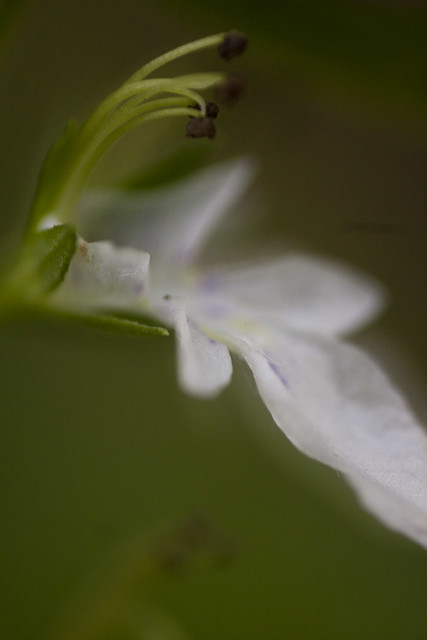 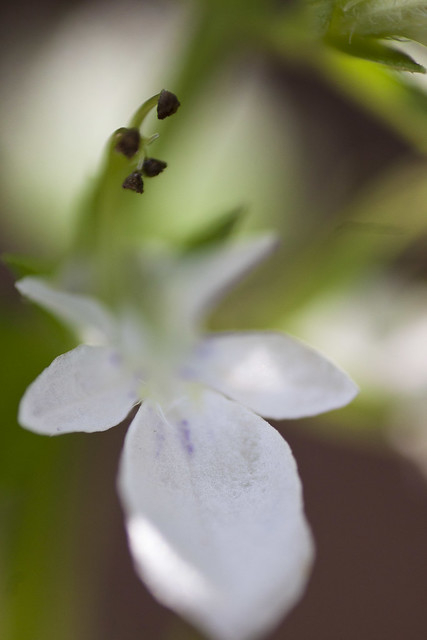 I attempted the reverse macro again with the coastal germander, Teucrium cubense. We bought a container of it at a plant sale in the spring and it has flourished. I only recently came across it for the first time in the wild when we did some field work in mid-October. 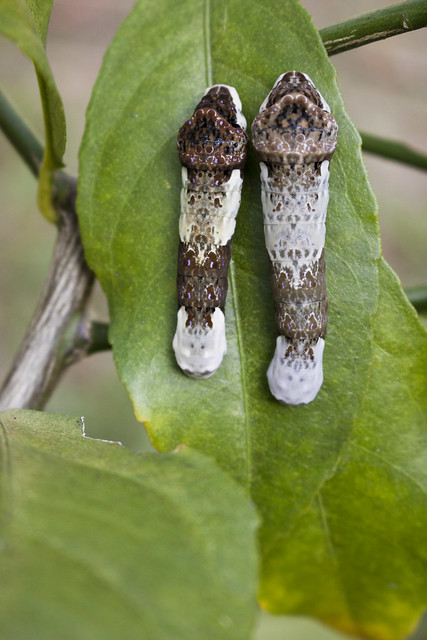 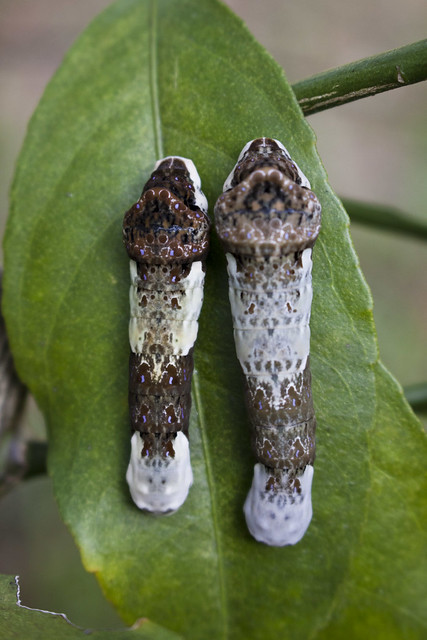 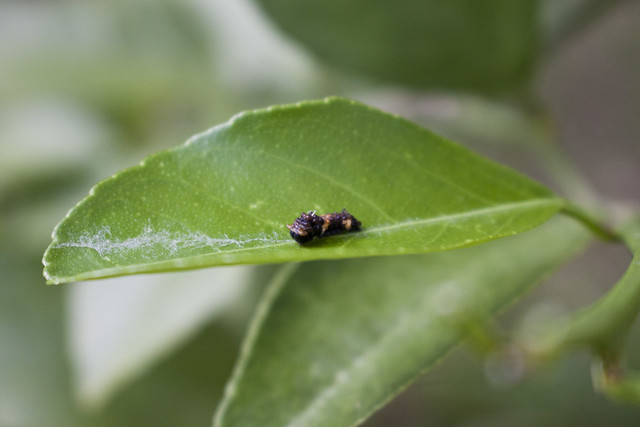 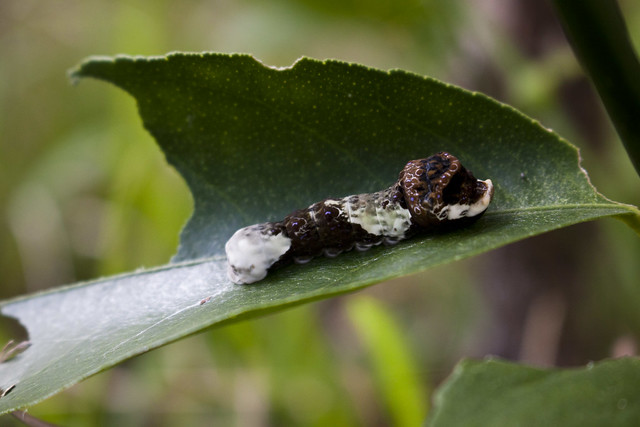 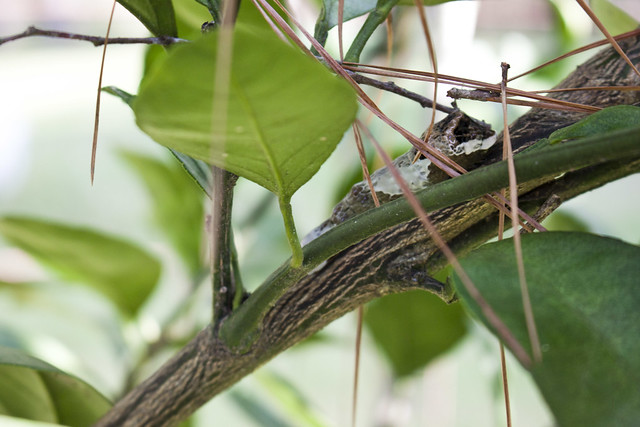 And the only hungry chompers I’m seeing right now are the orange dogs, the giant swallowtails. I remembered seeing one as I walked by the citrus early last week before the freeze and wondered if it would fare alright. Then, Forest and I were wandering the yard looking for cidada exoskeletons on Saturday and I remembered the caterpillars so we peered around and found a few. They managed to make it! It should warm up rather well for them in the coming week which will hopefully let them finish their cycles and get into a chrysalis.

I’m just starting some gardening cleanup and maybe I’ll manage to sow some more edible seeds. If not, I’m allowing myself to just take it easy this winter in the edible garden, do a few chores and focus more for spring if that’s where I end up heading.