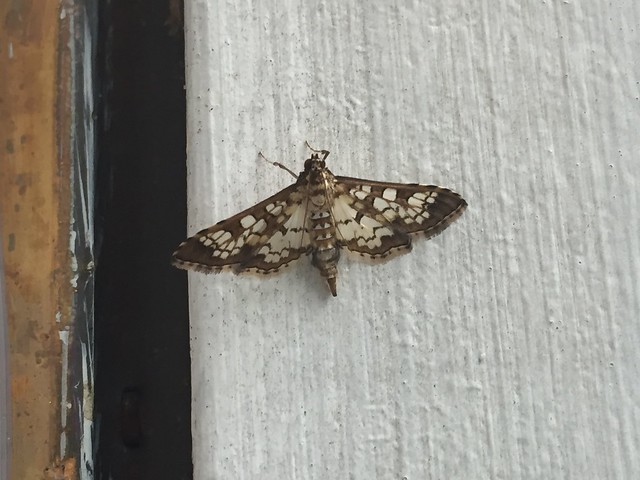 I’m always noticing the moths that hang out by our front door. This particular one was on the back door to the office at work one morning when I got there. It was precariously close to the hinge so I nudged it over a little bit and then took a few photos. It turned out to be an assembly moth after I put it into iNaturalist.

There’s not much to glean about them from Google but I found out their range is North Carolina to Florida, west to Texas, and south in the neotropics to Brazil. Adults fly year-round in the southern areas of their range. This scientific article has some more information but still not a whole lot. I did figure out that their host is Richardia brasiliensis. If you are in the south you’ve probably seen it but may not have known what it was: photo here. It’s a common yard ‘weed’. And most sites are saying it is native to North and South America though that link says it is native to South America, but that’s wikipedia so take it with a grain of salt.

Eventually I need to go through some of the photos I’ve taken of the moths by the door and do a little series!