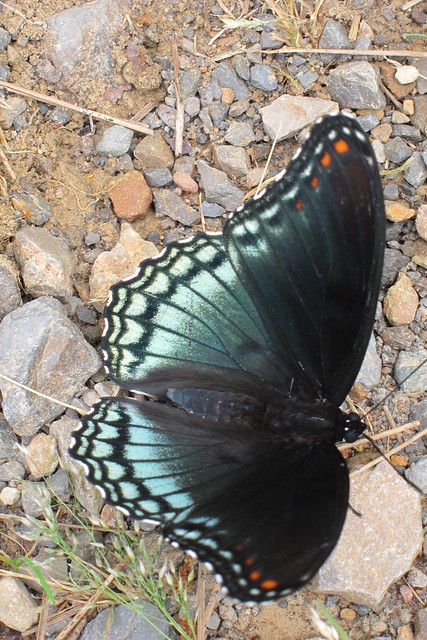 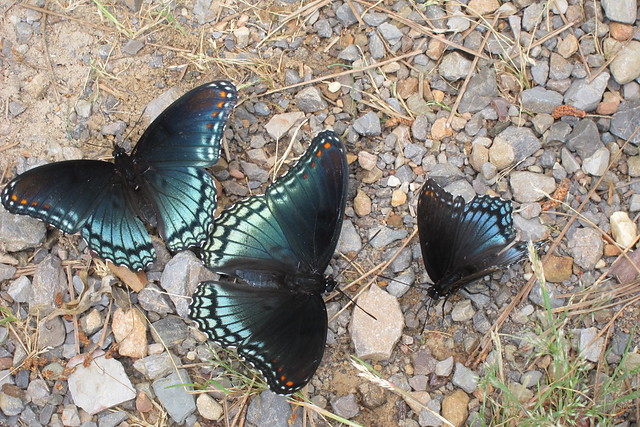 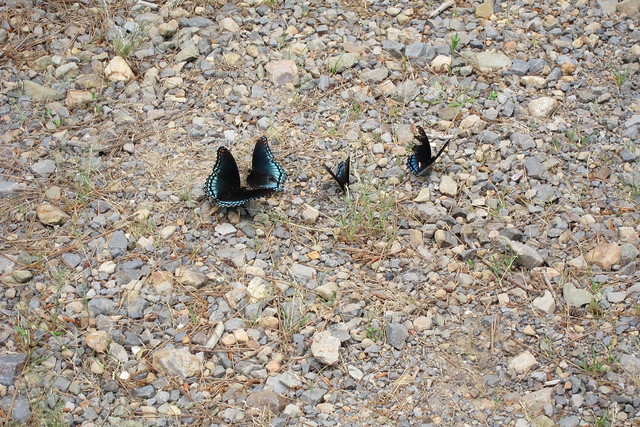 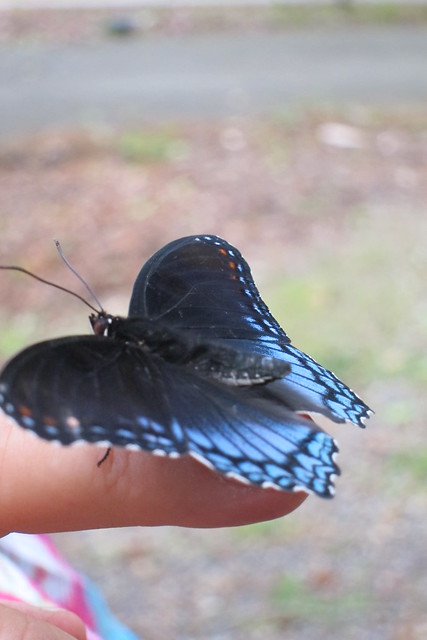 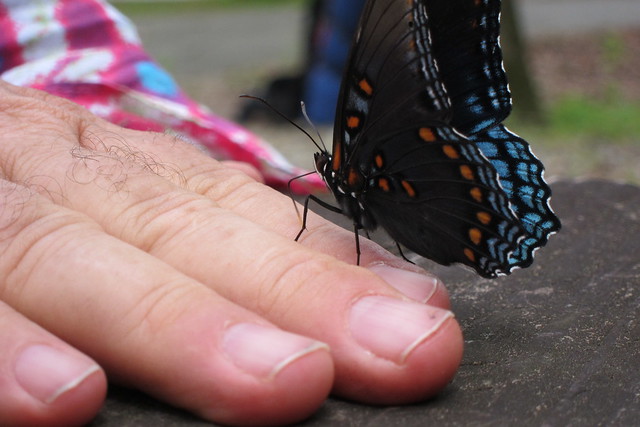 As seems to be the general case these days, I was digging around on my backup hard drive looking for another particular photo or set of photos and came across our photos from when Chris and I joined my brother and dad to hike the Eagle Rock Loop on the Ouachita Mountains of Arkansas back in 2012. You can read day 1, day 2, and day 3 here. For those entries I had put together the photos into a sort of mosaic, mostly trying to conglomerate how many photos I had per post into something more reasonable, a feat that I’ve never really been able to replicate or reduce because if you read my blogs you know there are lots of photos!

That said, I wanted to upload the photos themselves to Flickr instead of having those mosaics and that prompted me to want to have a few select posts about the wildlife, the first being the red-spotted purple butterflies we saw. At the time I didn’t know what they were and probably thought they were related to swallowtails but instead they are in the brush-footed family, Nymphalidae. Despite there being quite a bit of sightings in Texas, I have only seen them or at least noticed them once, this last summer in a ‘burb of NE Dallas. And at that time I didn’t even know what it was until I put it into iNaturalist. But when these photos popped up I knew what they were immediately and that was quite exciting to see! We came across two different groupings, one at the Albert Pike Recreation Area where they were actively trying to enjoy the salt off of our hands, and another group at the trailhead to Little Missouri Falls where they were puddling on the ground.

There are two subspecies of the red-spotted admiral, Limenitis arthemis astyanax – the red-spotted purple, and Limenitis arthemis arthemis – the white admiral. The white admiral is the more northern subspecies ranging from the New England area into the Great Lakes over to Minnesota, and the red-spotted purple ranging in a much broader area from New England and south into the mid-west and dipping into east and central Texas. From what I’ve read the two subspecies will hybridize when their regions overlap and apparently they can also hybridize with viceroys, Limenitis archippus! Viceroys are monarch mimics for those who may know that name. Caterpillar host plants include cherry, vaccineum, and willow species among a few others.