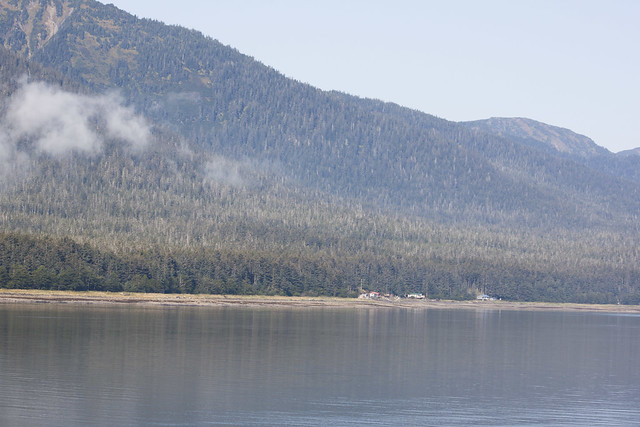 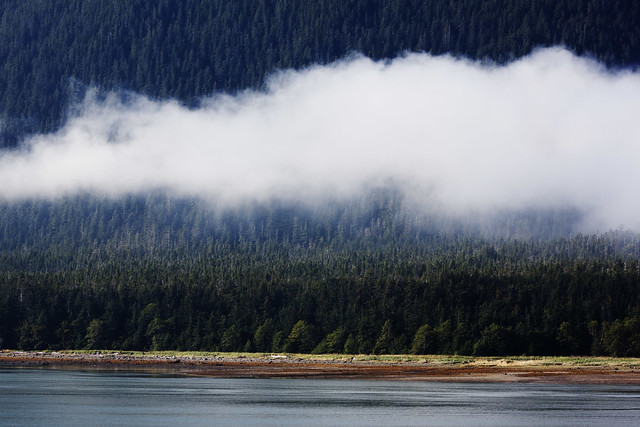 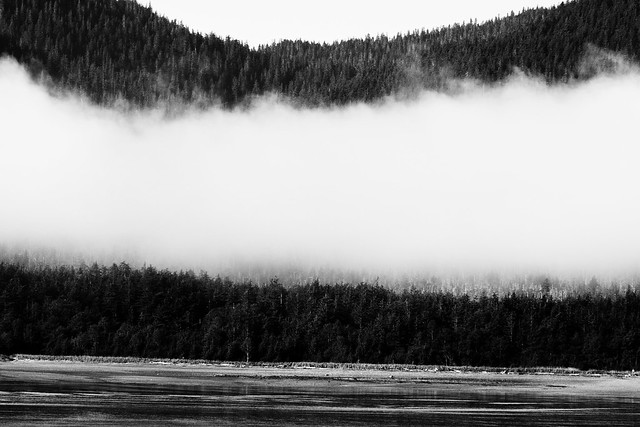 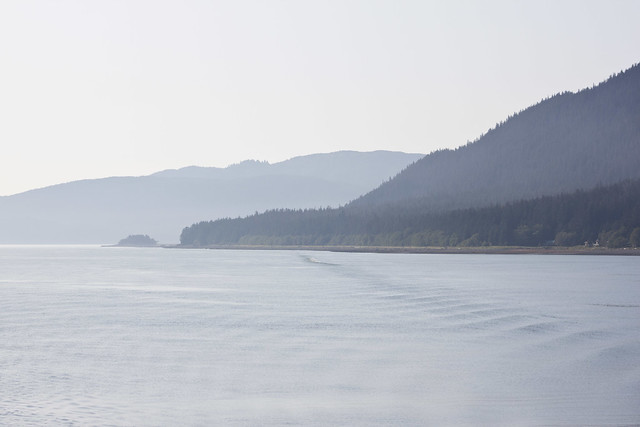 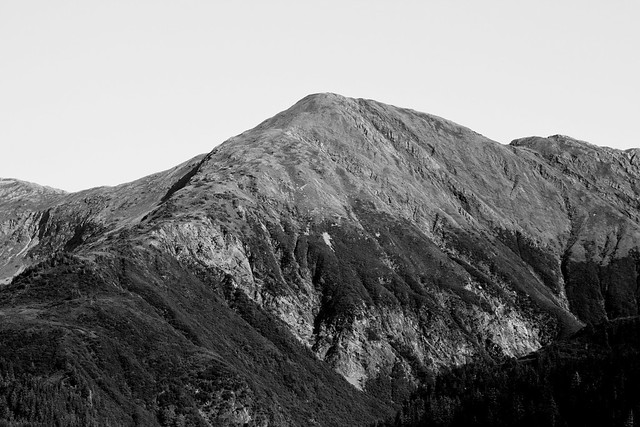 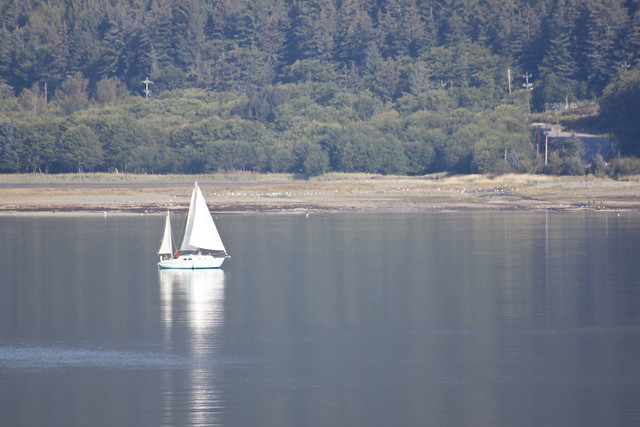 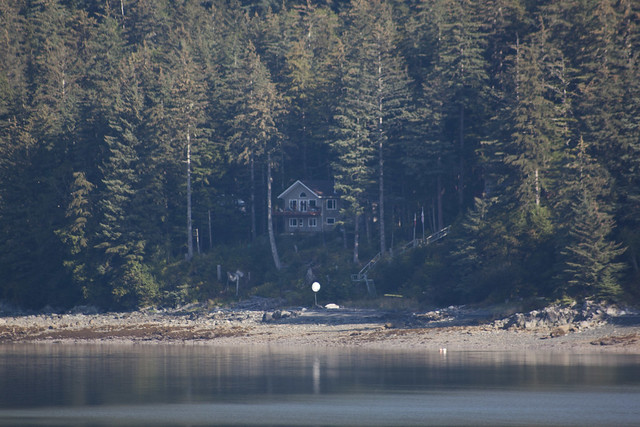 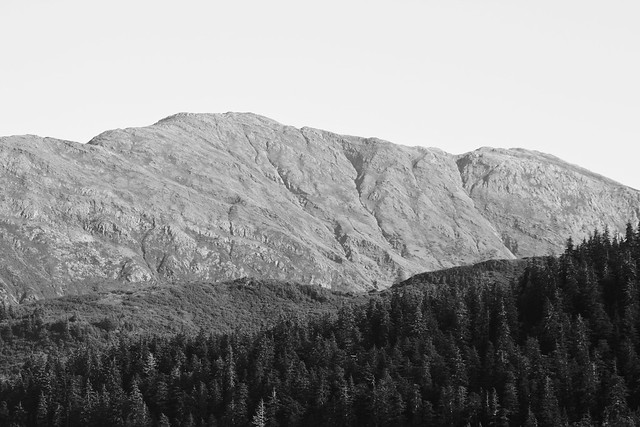 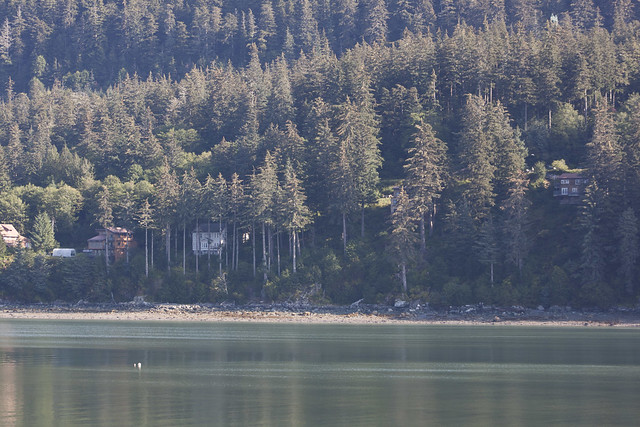 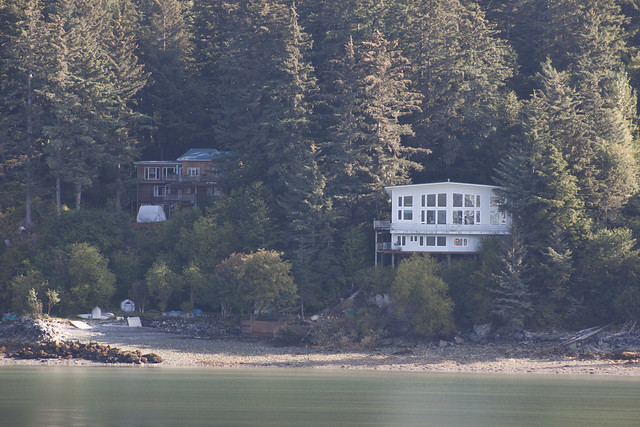 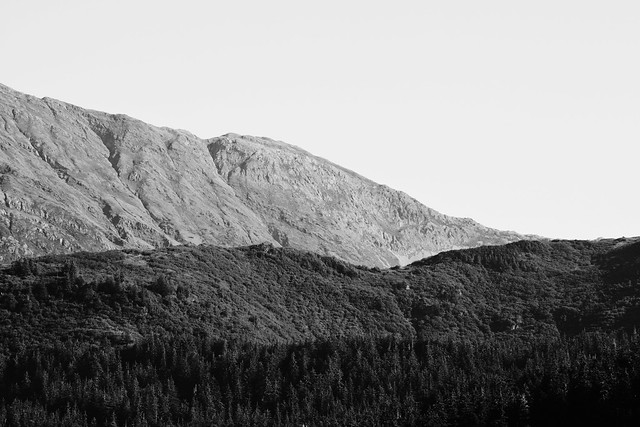 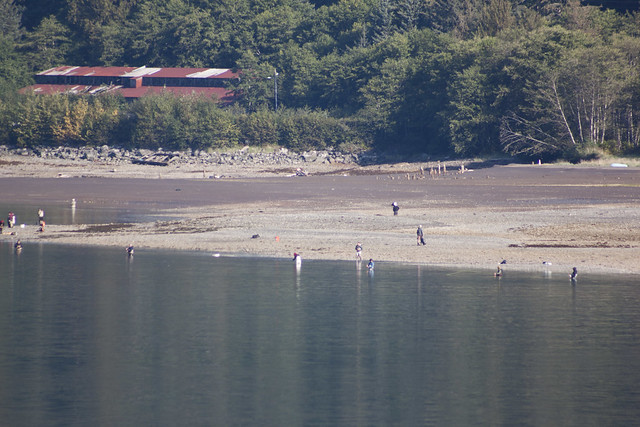 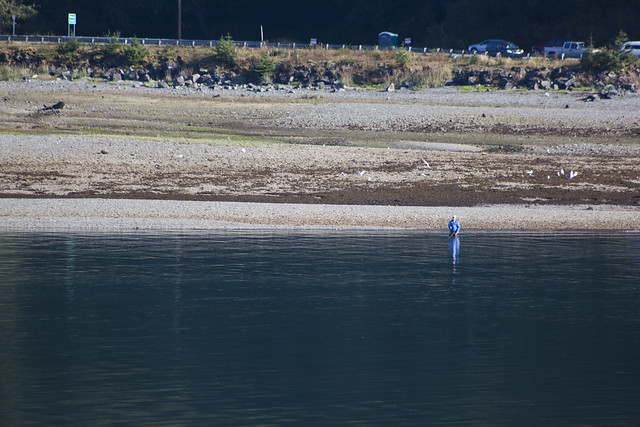 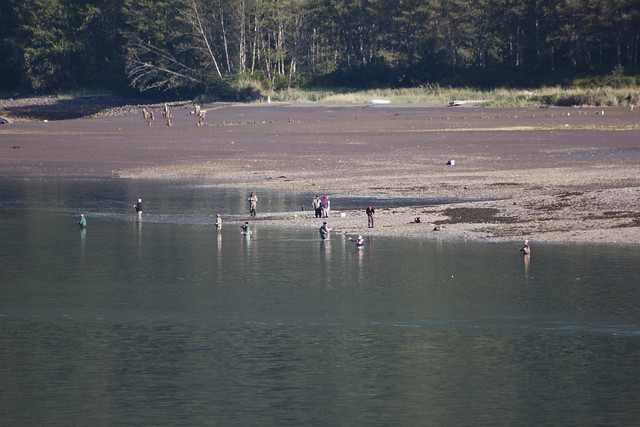 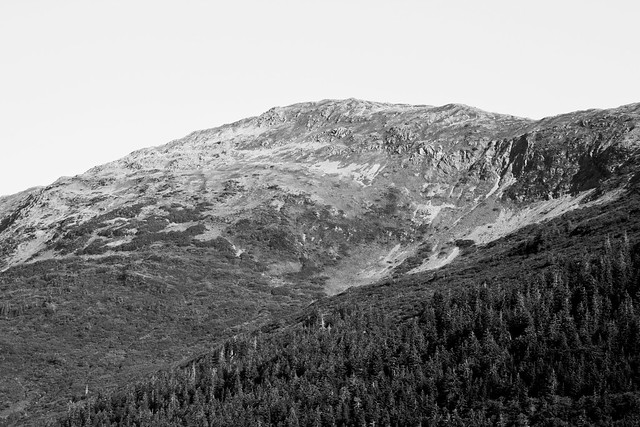 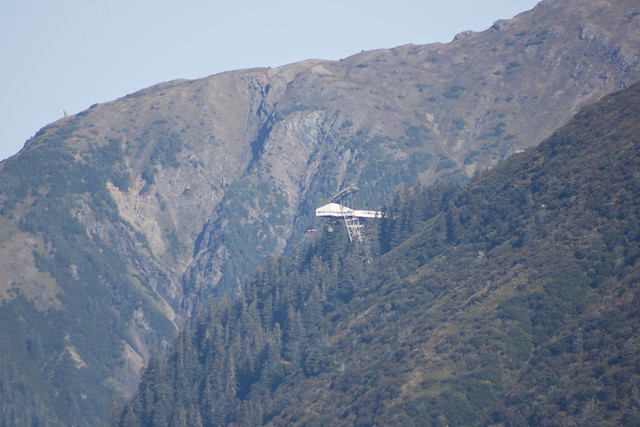 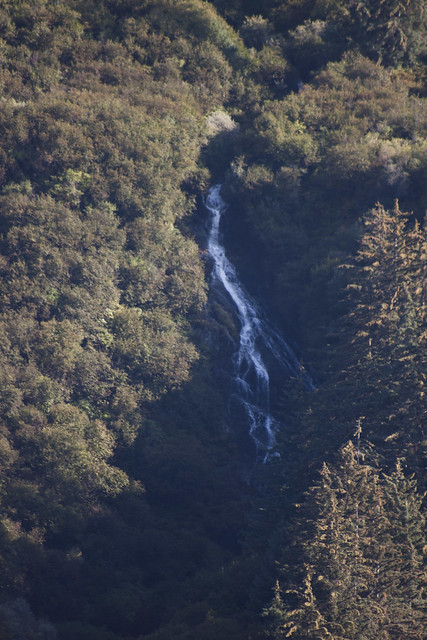 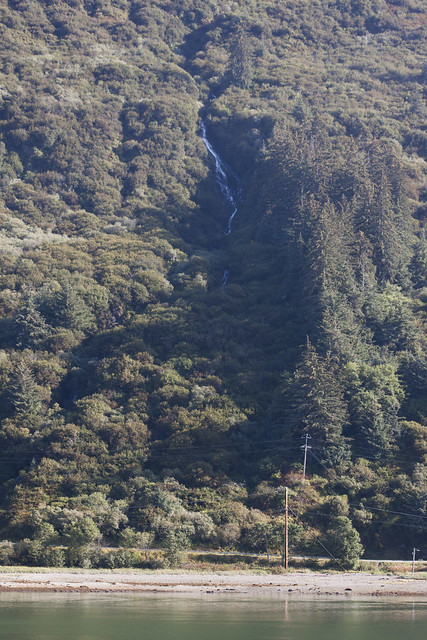 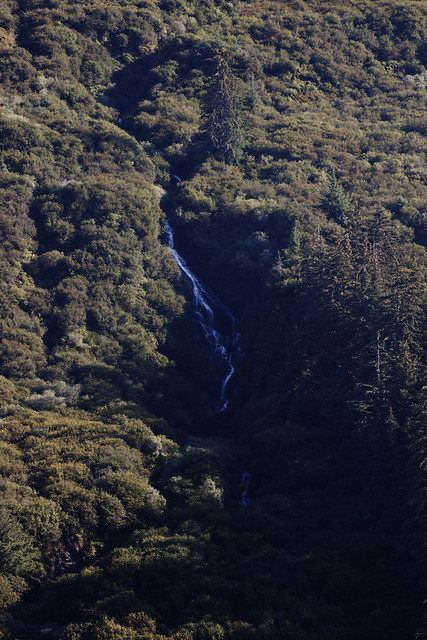 I think this is what is labeled on a topo as Suicide Falls coming out of Cross Bay Creek on the SE side of town.

Our arrival into Juneau wasn’t until mid-morning so we had plenty of time to get up, eat breakfast, and then bounce from outside deck to outside deck to take in the views as we slowly sailed into Juneau. With Admiralty Island and Douglas Island to our port side and the mainland to our starboard side, we had plenty of interesting things to see on each. The island side was less populated, less homes built and much more remote appearing. Once we crossed over to Douglas Island a road began on the mainland side which meant more housing and then eventually to the area where you see the fisherman wading into the water. They appeared as specks in the distance, finally coming into better view as we got closer and could be identified as humans instead of birds. I definitely picked out a house or two that would have been perfect for making as my hideaway cabin—perfect for writing and drinking a morning cup of coffee while I took in the scenes from the passage.

The one downside to sailing at night is that we didn’t get to take in the sights as we traveled through the passage but of course that would mean no town stops during daytime hours. Later on we’d get more glimpses of the water lanes we would be traveling but for now we had to take in what we could during arrival and departure.