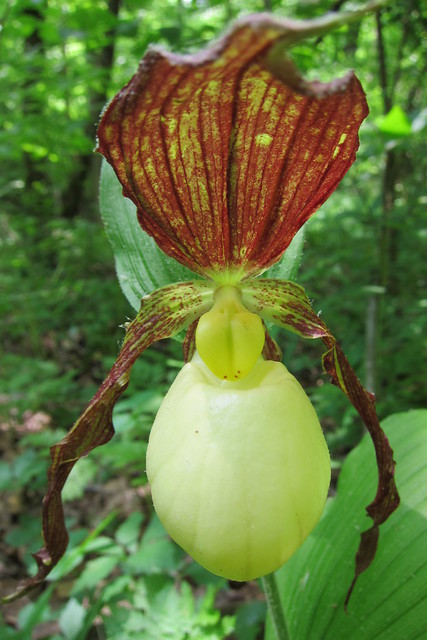 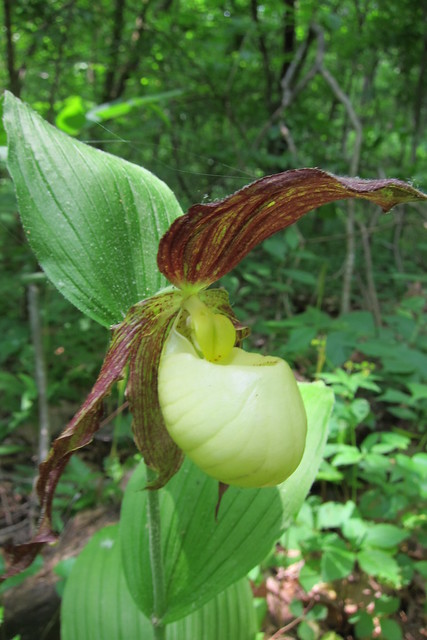 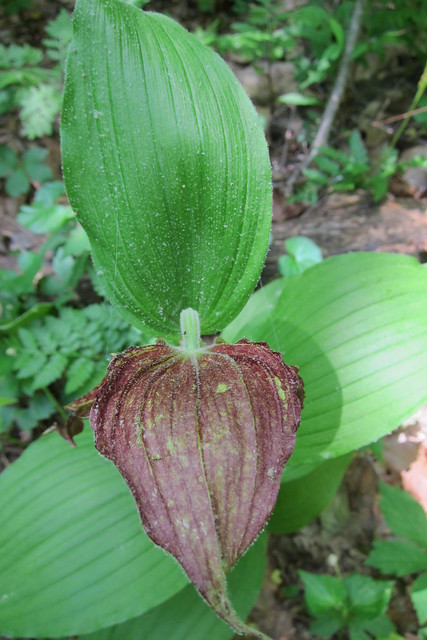 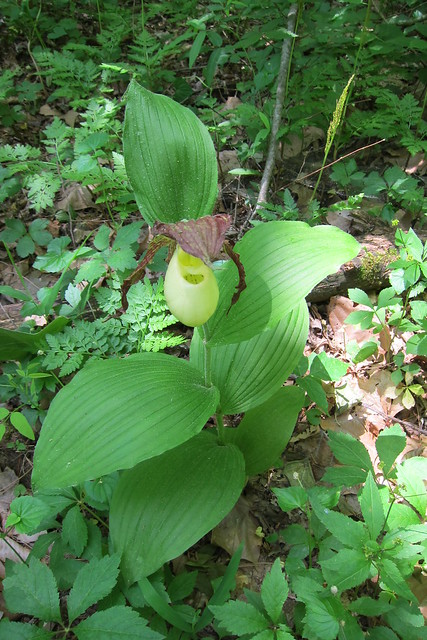 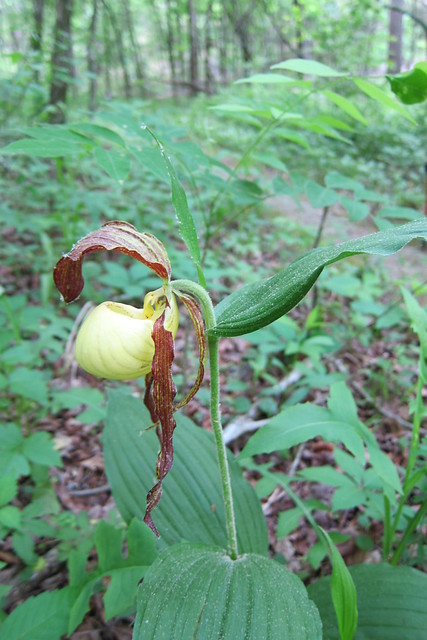 I think lady slipper orchids are one of the Holy Grail orchids to find and also to keep. We had a variety/species of one when we lived in Florida and it promptly died a few months later. Maybe it lived a year? I’m not sure other than I know it wasn’t a plant we had long term. In general the tropical, epiphytic orchids were and are still the easier ones to keep, at least for us.

In our hikes across the south and on the AT we’ve come across a few lady slipper orchids, primarily on the AT. I couldn’t tell you which ones they were in particular until I looked them up—maybe I’ll do that eventually—but these Kentucky Lady’s Slipper orchids took us by surprise when we stumbled across them on our hike. It was a time that I know we would have wished to have had our good cameras on us but at the time we only had our little point and shoot.

Based on that kentuckiense they obviously are known to occur in Kentucky but populations are spread out from Virginia down to sparse locales in Alabama and Mississippi to Louisiana and Texas, with the vast majority of sightings on iNaturalist being in Arkansas. There are a couple of places we can check out here in Texas and some day when we get a chance to get back into deep east Texas I want to go looking for them. It was even on my 39 goals for 2019 list—let’s just pretend that little list doesn’t exist. It was written for a more adventurous and time available person!