Yesterday I wanted to get out and do some hiking and thought it would be nice to head west to Lake Somerville State Park. We haven’t been there since I was pregnant with Forest in May 2014! Not for lack of interest, though. Every time we checked into going we would find the state park closed due to one of the various flooding events over the last few years. Harvey did a number on the parks and just within the last month was the Somerville Trailway between the two units open once again. Our last good hike on the trailway was in 2013 with our AT friend Redhat.

Wanting to do something but also do some of the social distancing we’re all supposed to be participating in, hiking sounded like an ideal thing to do. And off we went! This post is specifically about the butterflies and moths we saw along the way and I’ll have another post in a few days with other curiosities seen! 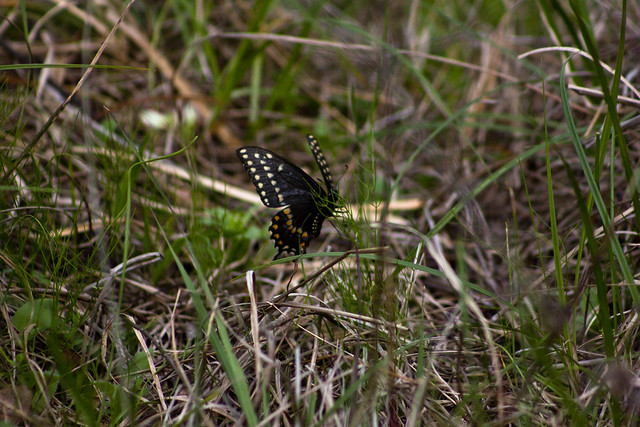 Black Swallowtail, Papilio polyxenes
I was so thrilled to find the trailside covered with wildflowers and all sorts of lepidopterans and their friends out feasting on nectar. 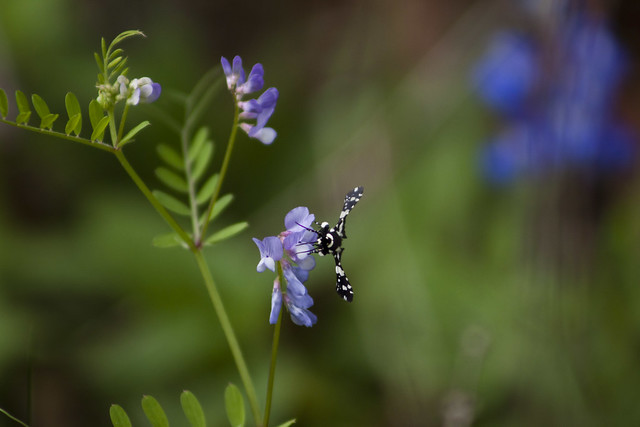 Mournful Thyris Moth, Thyris sepulchralis
Chris found the first of these moths but they were very common along the trail here. I even found two in our yard this afternoon! You’ll see more of them further in the post. 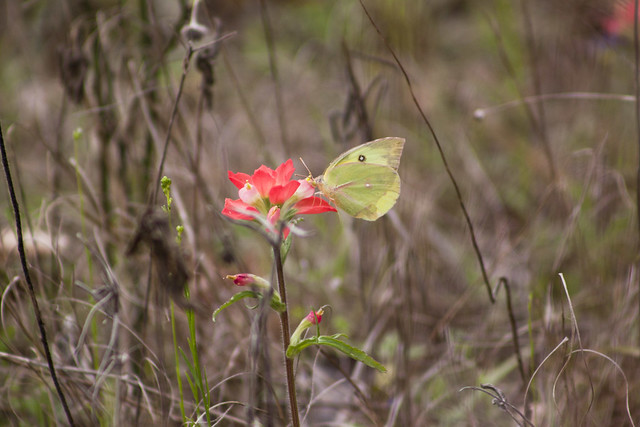 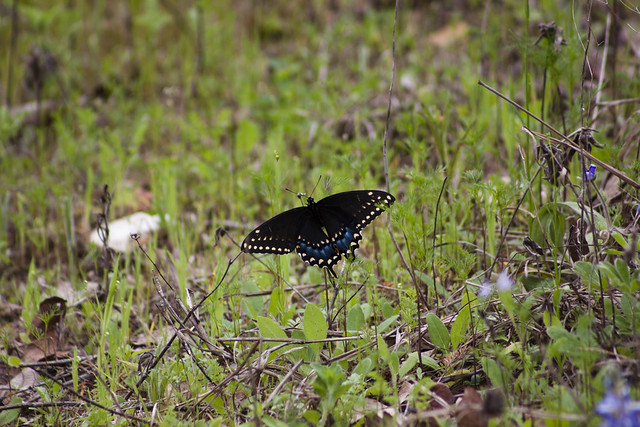 Another black swallowtail—I mistook it for a pipevine swallowtail and was corrected once I got home. 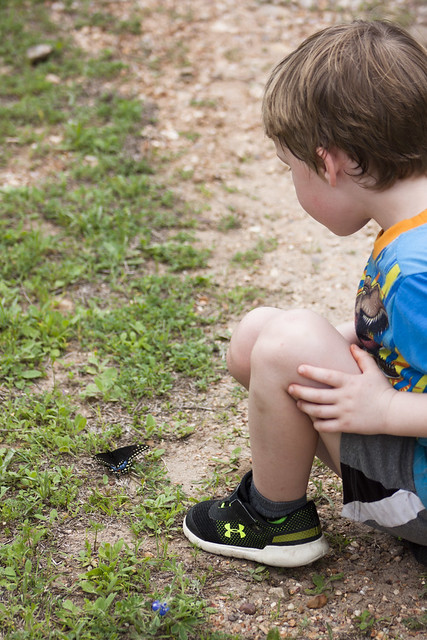 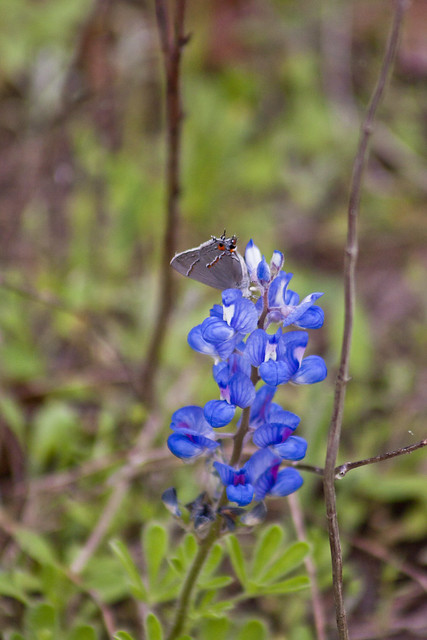 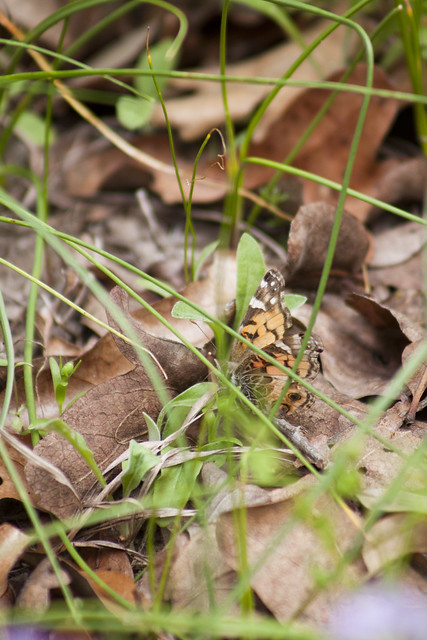 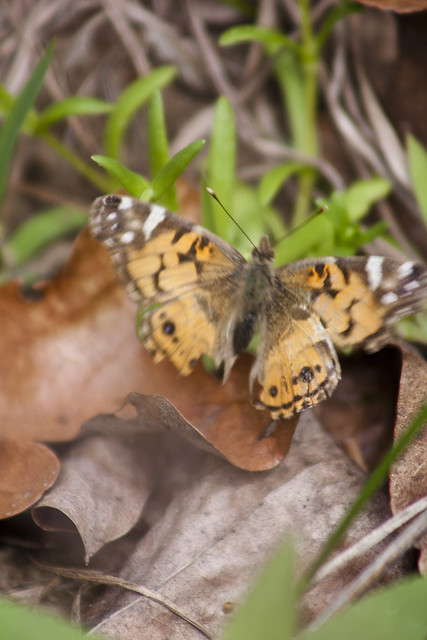 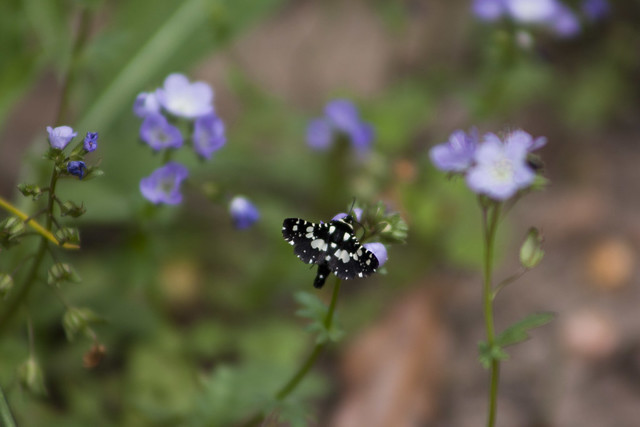 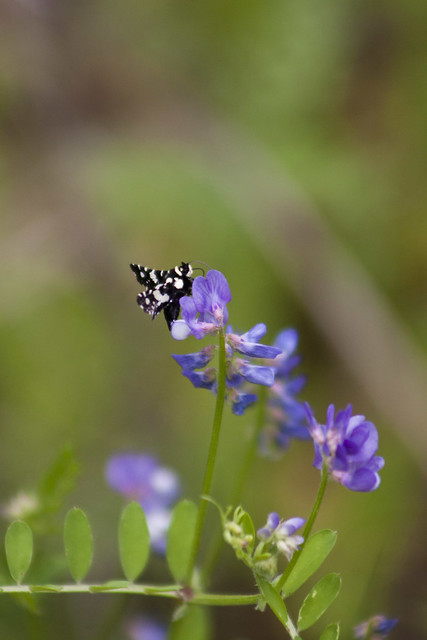 These moths are just the coolest! Larval hosts are clematis and grapes! 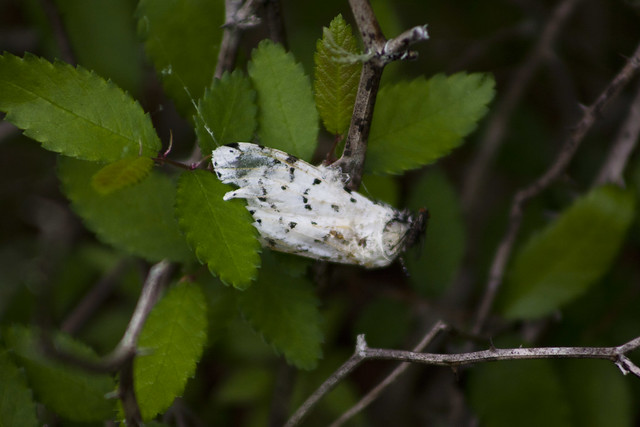 Salt Marsh Moth, Estigmene acrea
I noticed this moth down in the debris of the shrubs and a fly was hovering on it—definitely dead. 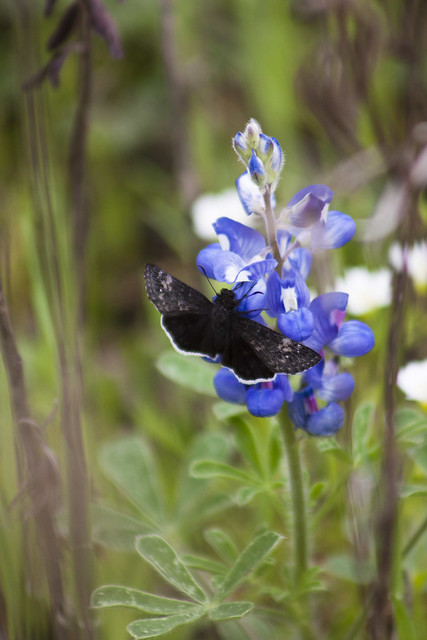 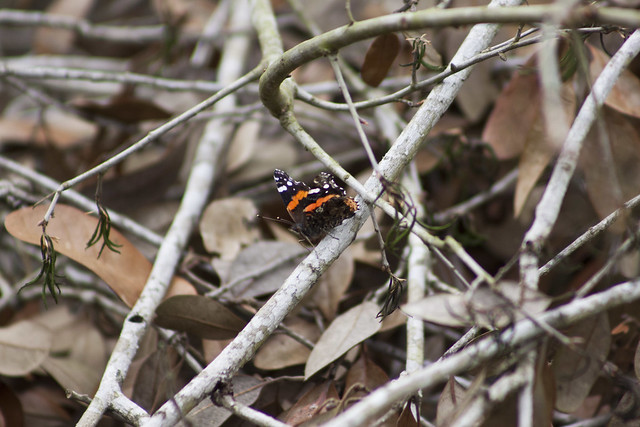 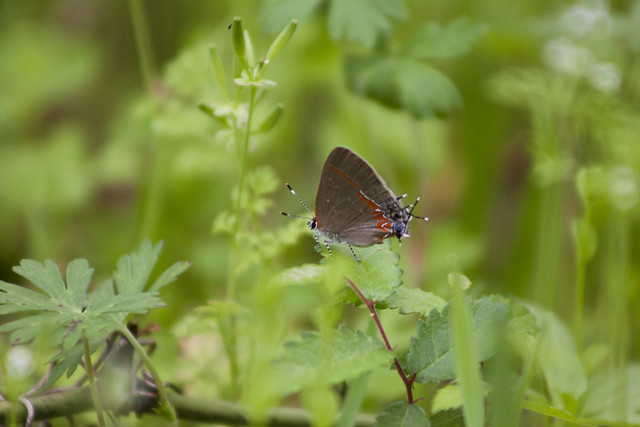 Dusky-blue Groundstreak, Calycopis isobeon—This one is new for me! I noticed it was different as I was photographing it, though I have been tricked by gray hairstreaks in the past, thinking they were a different hairstreak only to find they were gray hairstreaks when I got home. Not so with this one! 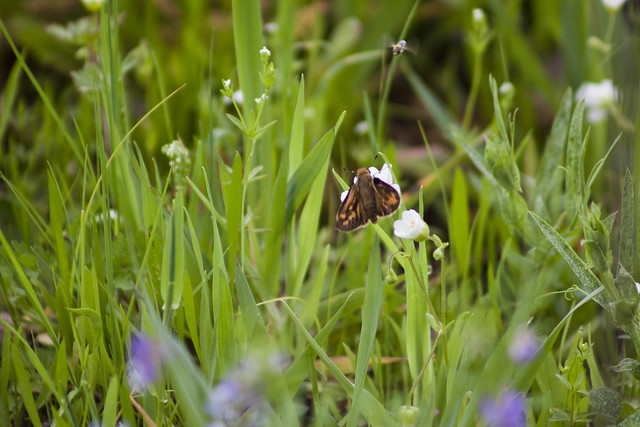 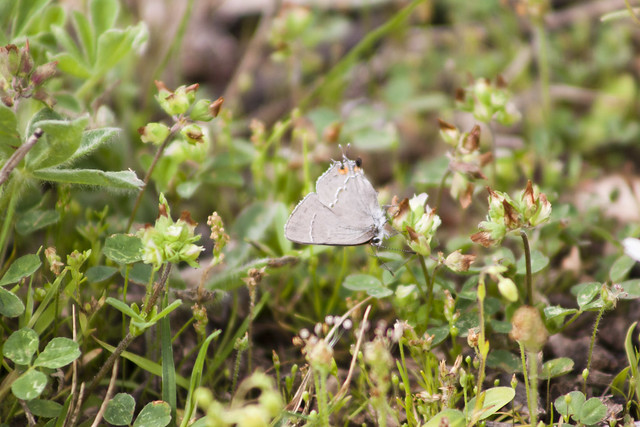 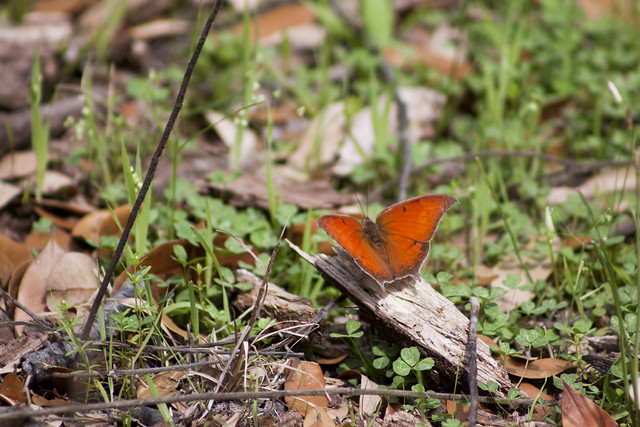 Goatweed Leafwing, Anaea andria—I was really happy to see these as I’ve only had passing glimpses of them in the past. There were quite a few along the trail and finally one stopped to sun for a bit and let me take a few photos! 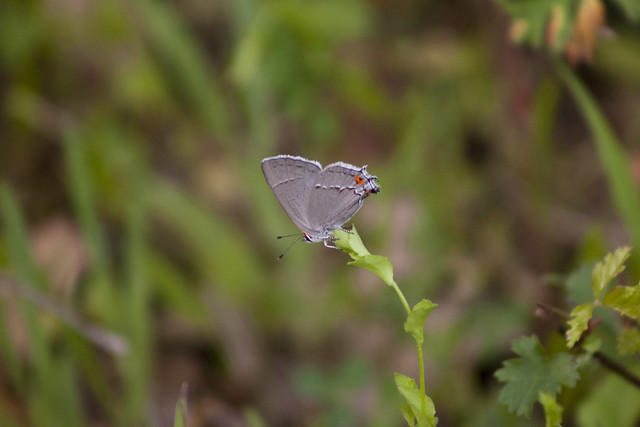 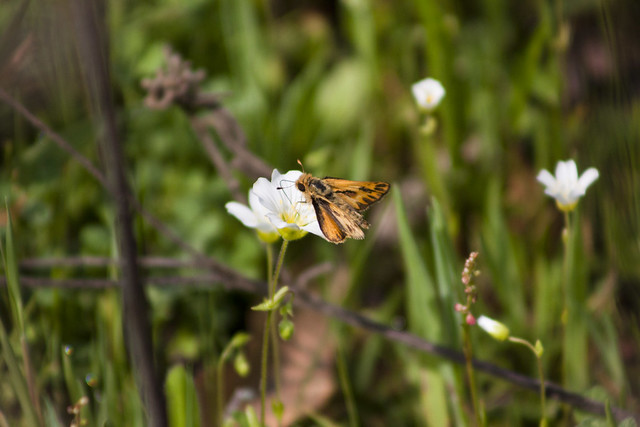 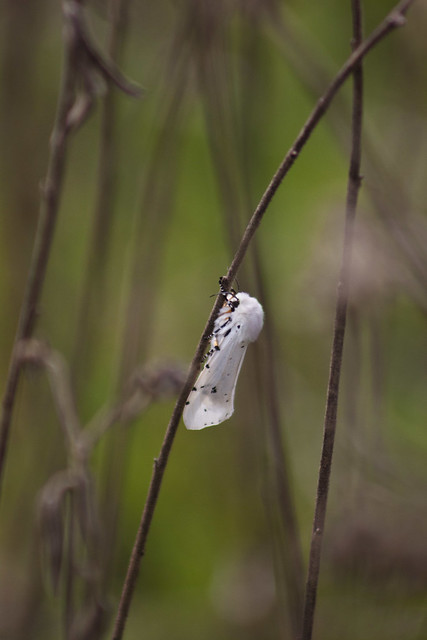 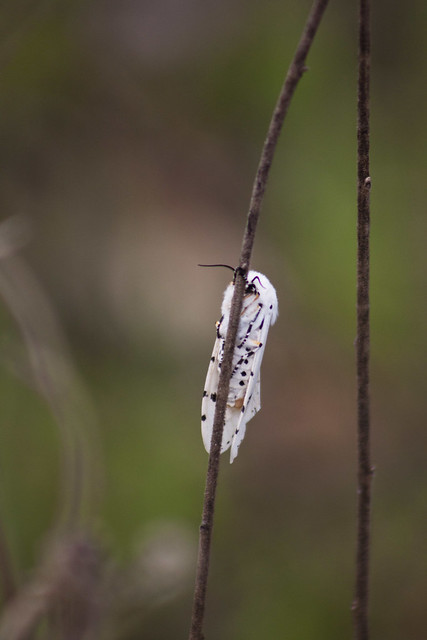 Salt Marsh Moth, Estigmene acrea —This one is alive! 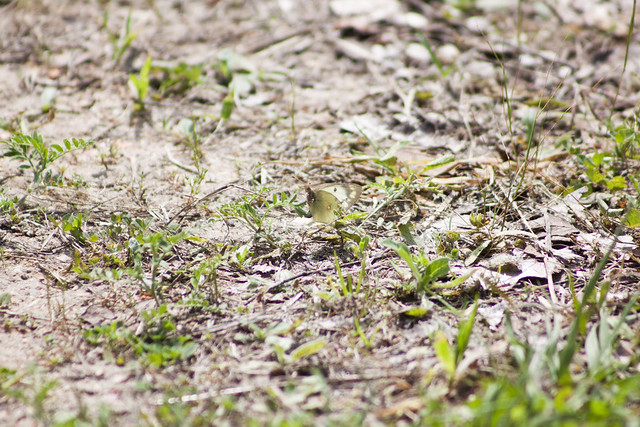 Orange Sulphur, Colias eurytheme–I had to be patient with this one. I almost gave up and got one shot before it fluttered away again. 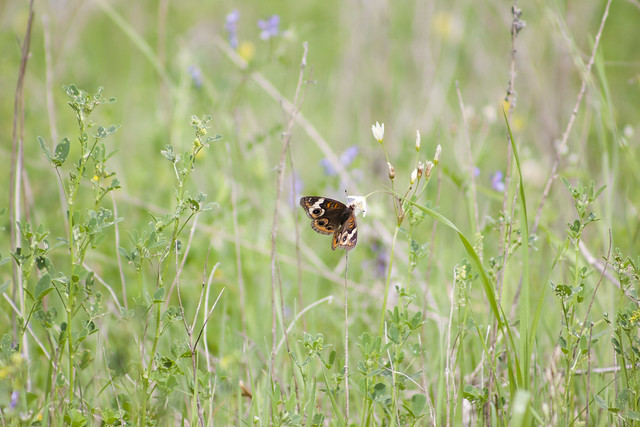 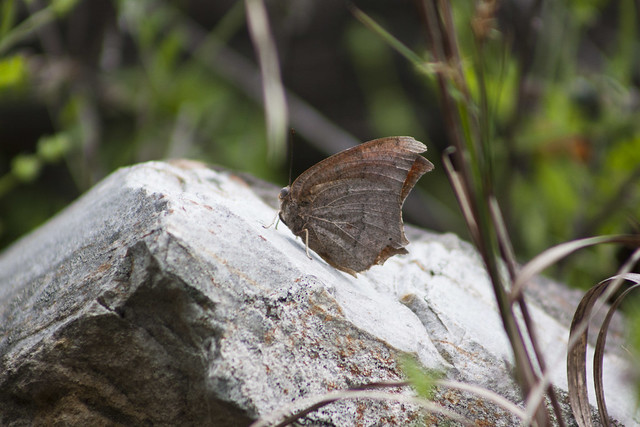 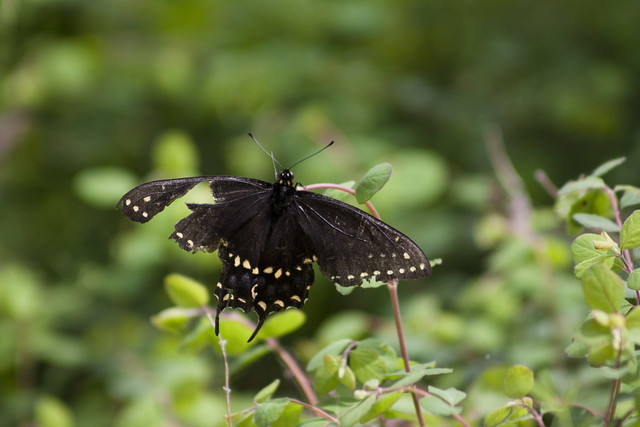 Black Swallowtail, Papilio polyxenes —This one had a rough life! 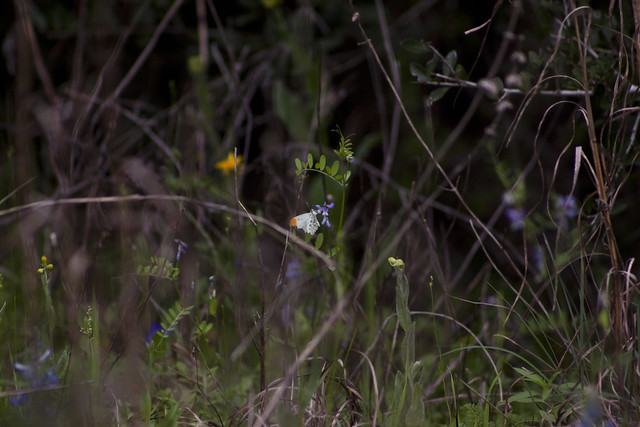 Falcate Orangetip, Anthocharis midea —I think I’ve seen this one in passing in the Austin area before but I’ve never had the chance to get a photo of it—and this still isn’t great but at least it’s a photo!

In all we did just under five miles. It was a sunny and warm March day, leaving me with a bit of a sunburn on my arms after. Lots of great things along the trail and I’m just so thankful for butterfly season once again! Oh, there were also monarchs but I didn’t get any photos of them. I logged two others on Journey North the other day that we saw in our yard. Milkweed isn’t quite in a good enough state for egg laying and I haven’t checked on the local green milkweed yet. Might have to walk around the block this week and see.