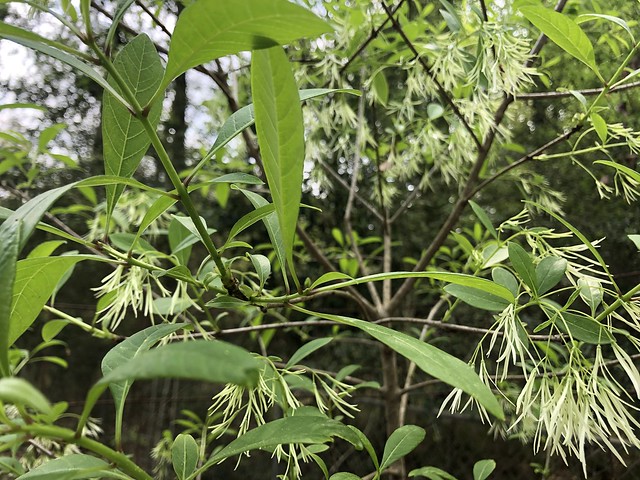 Ah, late February, how long ago you were. I casually said in that post that I was wondering how seriously we should be taking Covid-19. It was already on my mind and had been since January. When I flew to Florida there were people with masks on and it didn’t take until I had a conversation with someone at Billy Goat Day for it to register why. And then the flight back home, other people with masks on. It wasn’t a lot but it was enough to think a little bit harder about the implications.

Sometime around that post I told Chris we should add a few extra items to our groceries. We did and then started getting a bit more. I think the toilet paper panic was starting early last week but it wasn’t horrible when Chris made his last big grocery store visit last Wednesday evening as 45 was giving his speech full of lies and Tom Hanks and Rita Wilson came out as having the virus. And Thursday the world changed and people started taking it seriously. Our NextDoor was full of people on Monday being blasé about it and on Thursday and Friday those same people suddenly became interested in their health.

We’ve known several people impacted by the travel restrictions. Chris’ mom and step-dad were to be traveling to Israel and then to somewhere else in the region for a cruise. Israel effectively closed their borders and that basically sent their plans, a year in the making, out the window. Our friends Marc and Eliana had been in the YK Delta of Alaska doing field work without cell service for several weeks and when they came back into service they found their next travel plans thwarted. They were also supposed to be in Israel this month for a birding contest and then a guiding a birding trip in Portugal in April. I know Eliana has another bird guiding trip sometime this summer to Colombia as well. Oof. I watched as several Florida Trail hikers and some folks I know on the Arizona Trail come back to reality after a few days on trail and find what was a cursory worry about covid-19 turning into a major worry. And now most major trail associations are warning thru-hikers to postpone their hikes to a later date. I also watched as a group of three women changed their plans for the Camino to the PCT—traveling by a mostly empty plane, then taking a bus, and starting the other day at the US/Mexico border. Here’s hoping they actually don’t get sick and holed up in a tiny mountain town with very few hospital services. I know it would be incredibly disappointing to postpone a hike but if stomach bugs travel trails like wildfire, I hate to think what this would do.

For now we are going to work and Forest is going to daycare. Daycare was already at half capacity or less last week due to spring break and this week it is even more so. They instituted new guidelines for pickup and drop off to keep parents out of the building. Our office is already sparsely populated and a few people are working at home for various reasons. We’re really taking it day by day on that front. Just seeing everyone else ‘working’ from home with their kids…well, if we can get by with this for a bit longer maybe it will make it easier when we transition over to working at home.

We have enough food to last us a month at least, though I know we’ll run out of treats first! I’m sure we’ll make a grocery store run for fresh fruit eventually because Forest lives on strawberries.

What a time to be living in.

Stay safe out there folks and wash your hands!