Considering we’ll be staying close to home for the foreseeable future I figured it would be nice to start a new theme here—Neighborhood Nature! I definitely encourage you to join along if you’d like and showcase what you see around your own neighborhood. 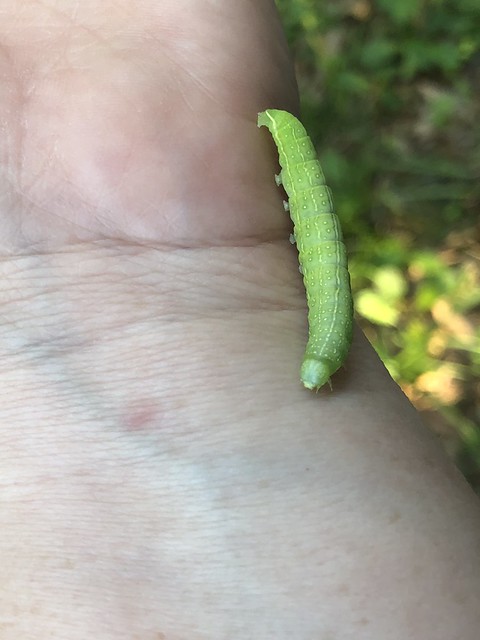 Yesterday evening we went out for a walk and right off the bat I rescued a caterpillar crossing the road. I took a few photos of course and later when I tried to identify it on iNaturalist nothing seemed to fit. I opened my caterpillar book and still had a hard time thinking any of the potential families that I knew would fit. Then my book haphazardly fell open to a page with a green caterpillar in a different section and so I flipped back to it. Sure enough it appeared similar. I went back to iNaturalist to look at that species and of course that one wouldn’t have been suggested because only one other person had shared a photo of the larvae, everything else had been the adult moth. The single photo looked similar enough so I went to Google and checked a few other sources and I do believe my caterpillar book was correct— Roland’s Sallow, Psaphida rolandi! A cute little addition to the inventory of the area around here. 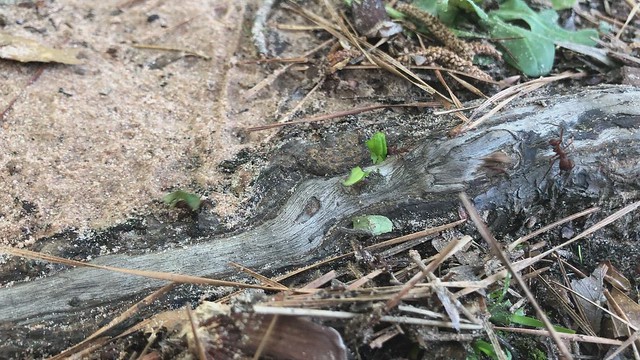 Our goal for the walk was to head down to the park to check on the leaf cutter ants, Atta texana. They have made a huge mount off to one side and there are several trails that the ants have created leading to various trees that they are harvesting leaves from. It’s pretty cool and Forest loves to check on the leaf cutters that we know of in the neighborhood. —This is a video, not sure why it isn’t posting as a video. 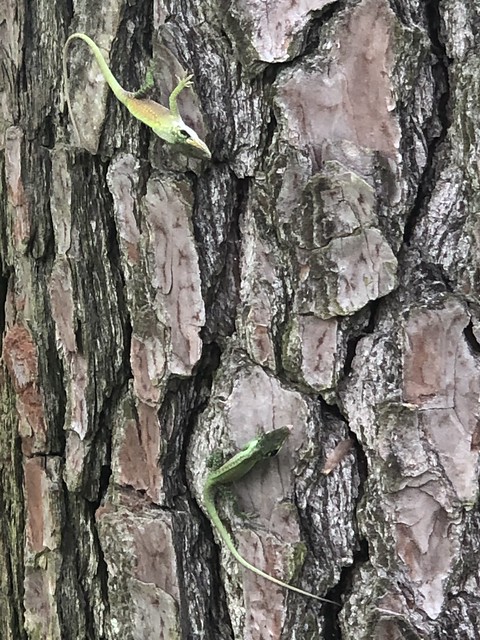 The other day we watched two anoles fight for a bit on an adjacent pine tree to Forest’s tree house. One of them eventually flung the other off the tree—it was sad and yet hilarious! 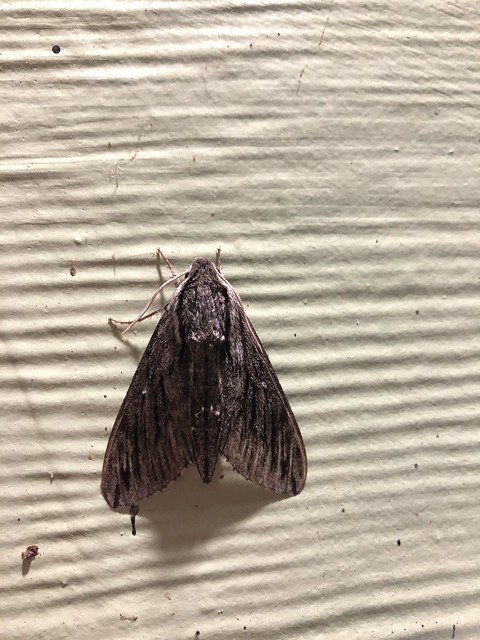 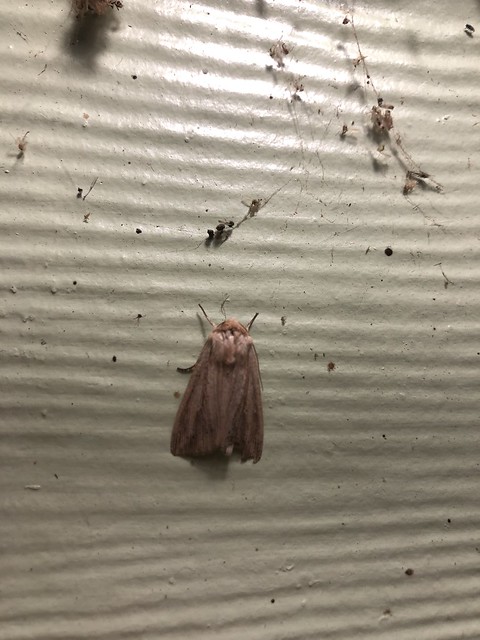 These two moths were on the house one morning last week and were different enough that I thought I’d take a few photos of them. iNaturalist easily identified them for me so that was helpful!

What nature is going on in your neighborhood this week?