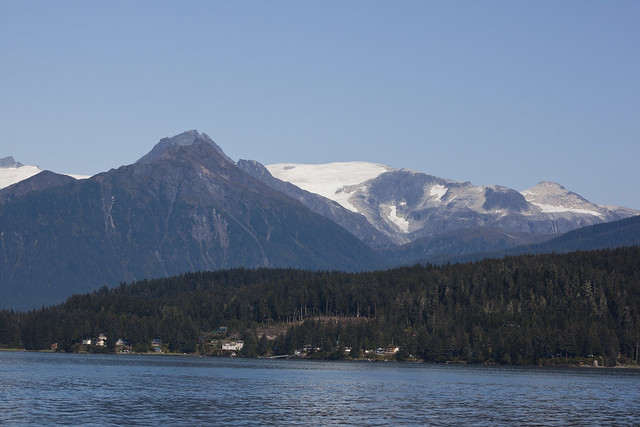 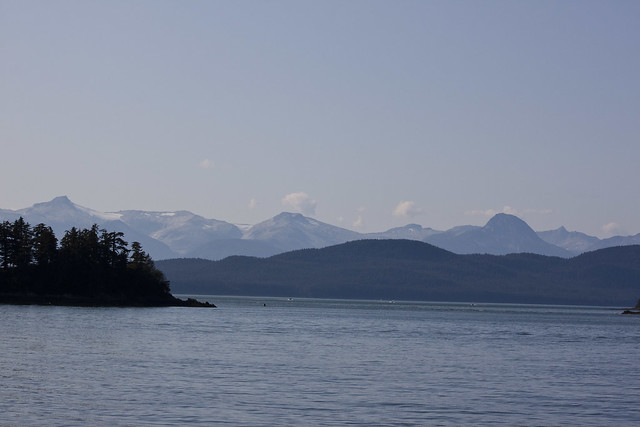 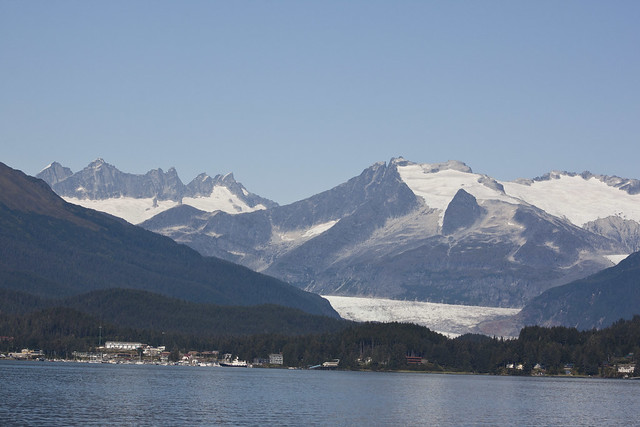 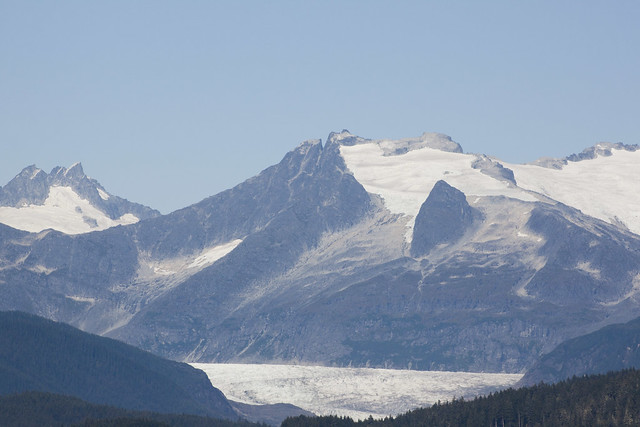 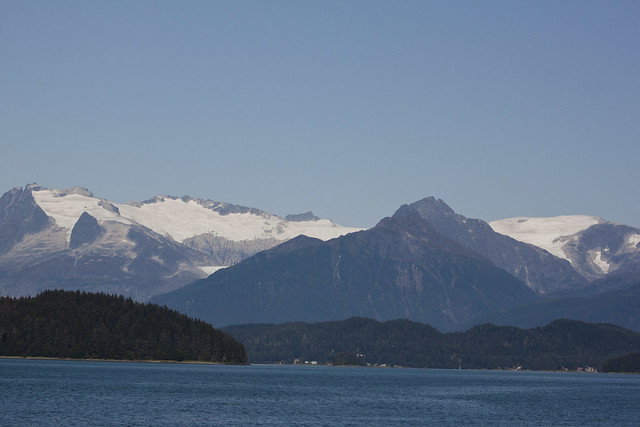 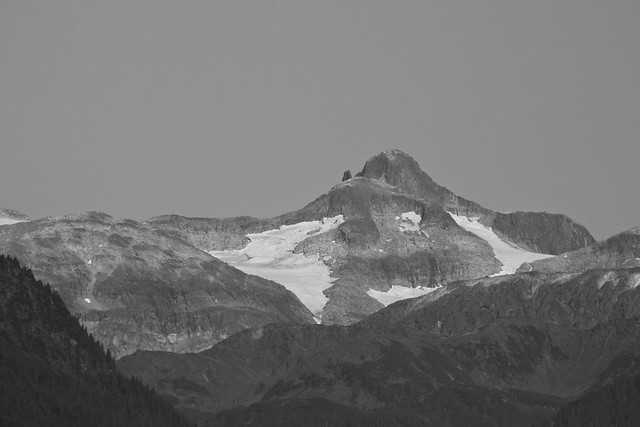 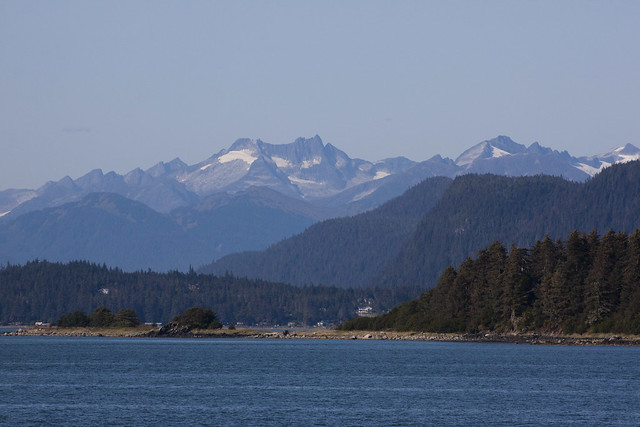 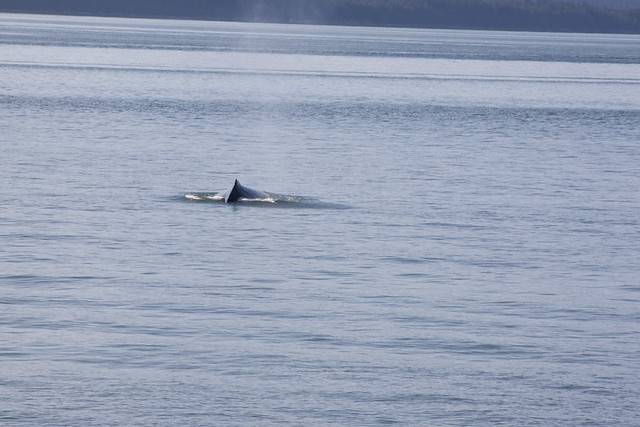 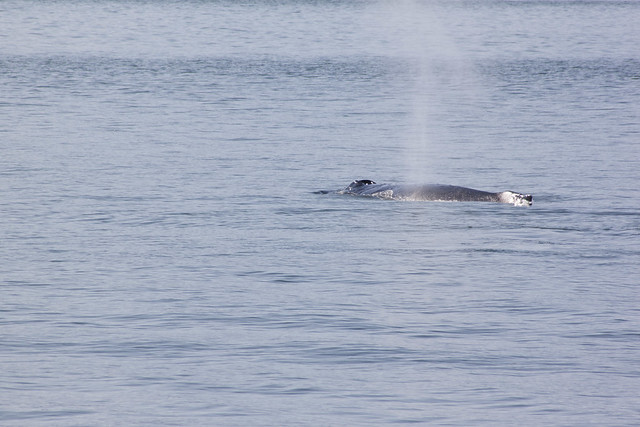 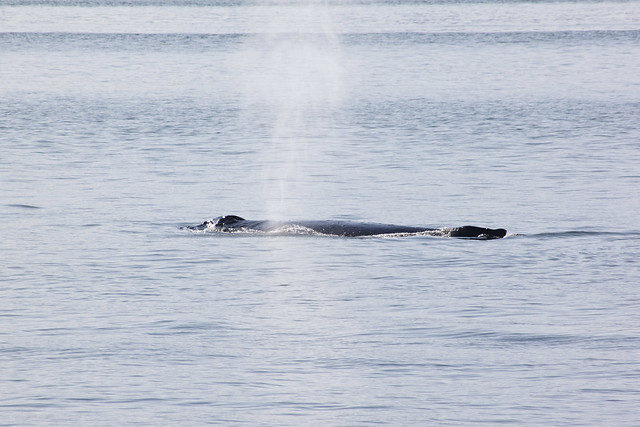 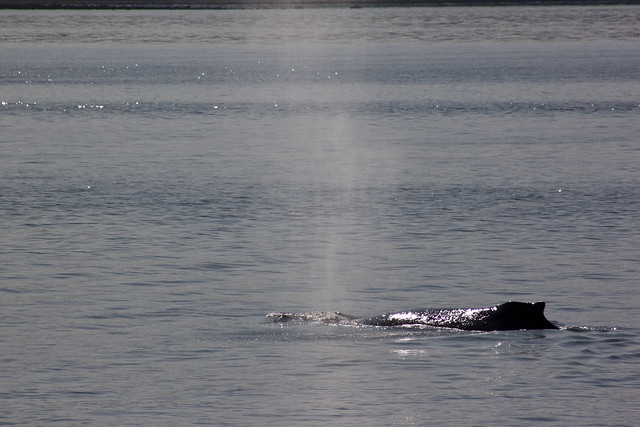 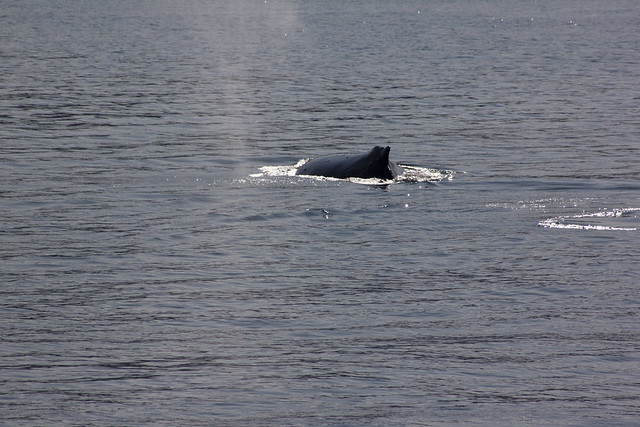 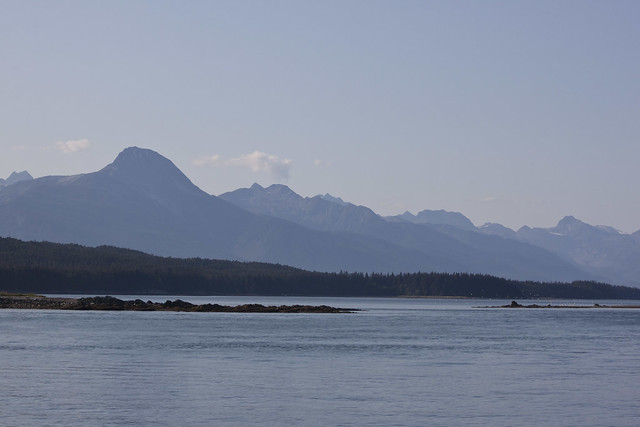 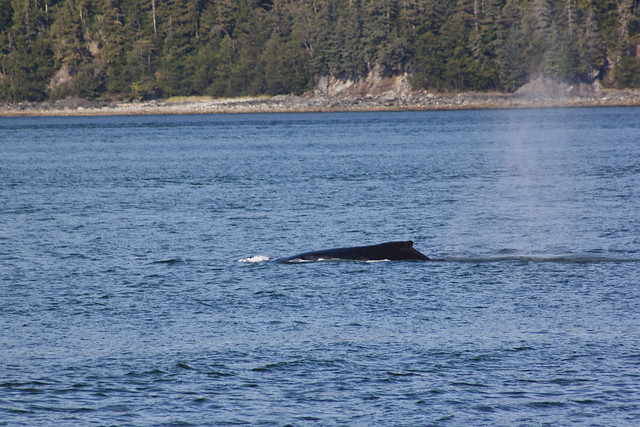 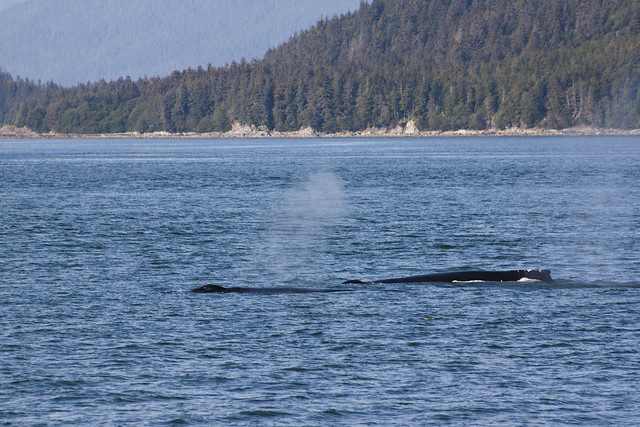 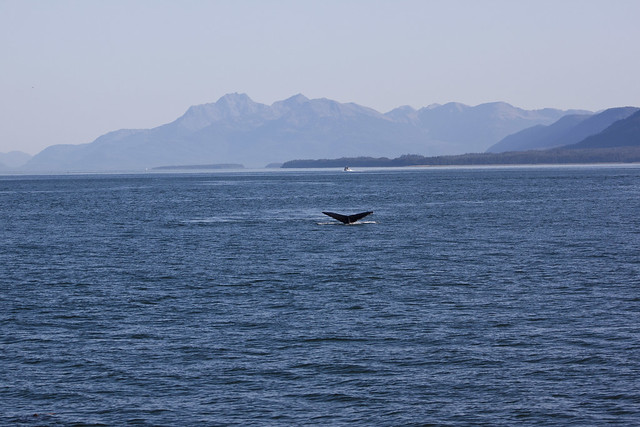 I had only been whale watching twice before: once in Maine after we finished the AT and the second time when Chris and I went to Seattle for our 10th anniversary trip back in 2012. Only the trip in Maine did we actually get to see whales (and puffins!).

This trip I was more optimistic that we’d have luck seeing whales considering we’d seen them several days across our sail from Vancouver. Ideally we’d hoped we’d see orcas on this trip but it turns out that their numbers are actually fairly low in this area and it can be hit and miss, mostly miss, to see them while on a whale watching tour.

Our tour left Auke Bay and traveled out into Favorite Channel where we watched several humpback whales and a few seals in the waterway. Typical of most tours everyone crowds to one side while watching the whales and you kinda have to wait on the other side and hope that the whales will show up over there, thus allowing you the better vantage point in seeing them. Forest was a bit cranky on part of this trip which also made me a bit cranky as well. Part of it was the cold wind and part of it was that he just couldn’t see the whales since he was on the shorter end of the tour guests. We tried to make room for him and lift him up to see but he was fed up a few times. Plus, it wasn’t an area he could run around in safely—the last thing I needed was a soon-to-be five year old in the Inside Passage.

Overall the tour was worth it, for the whales and for the magnificent views! The view of Mendenhall Glacier from Auke Bay was quite stunning and one of my favorite aspects from that trip!