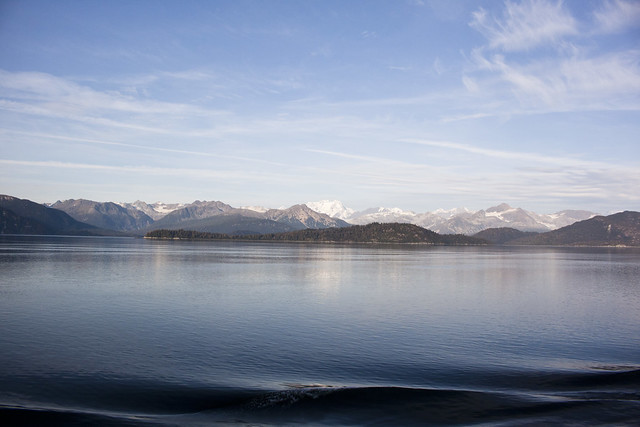 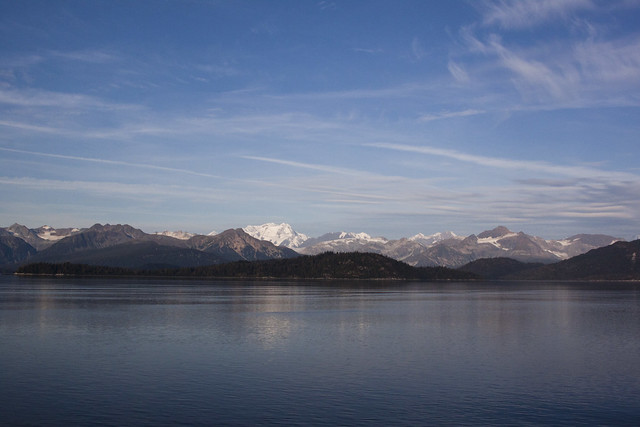 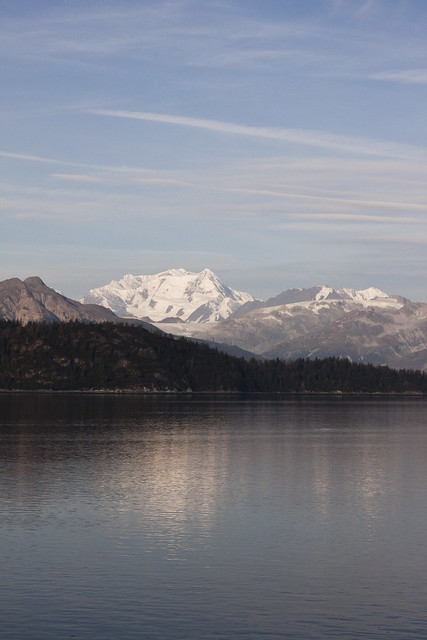 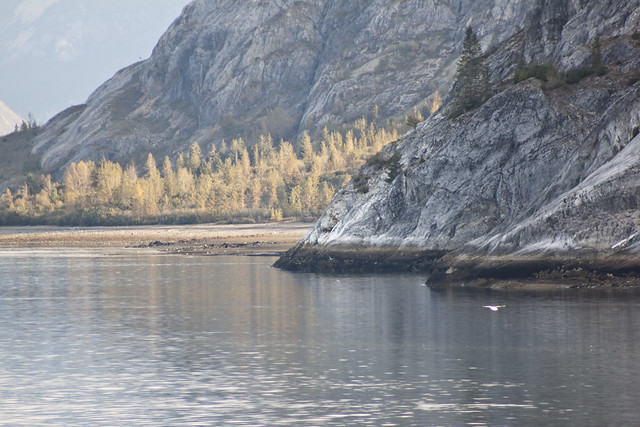 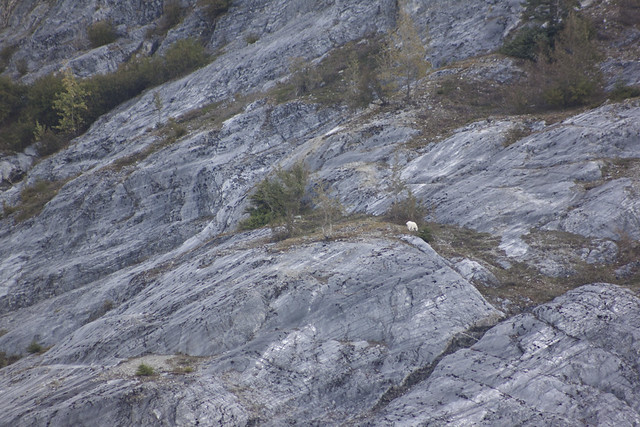 Look for the mountain goat! 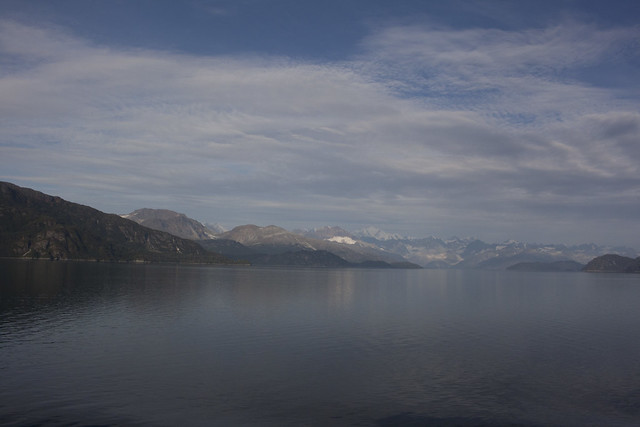 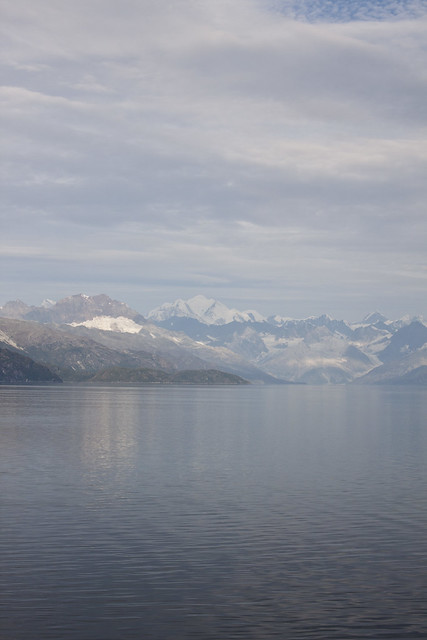 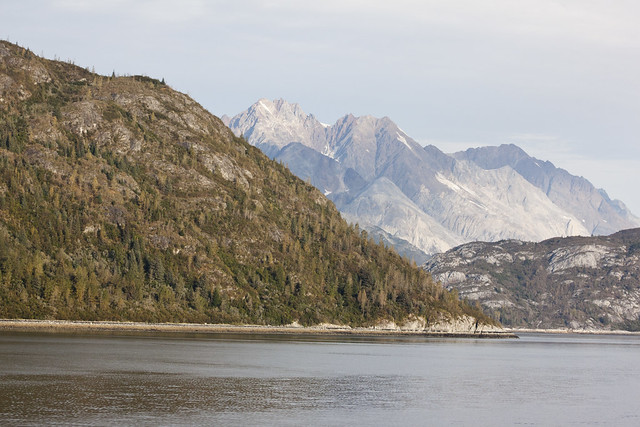 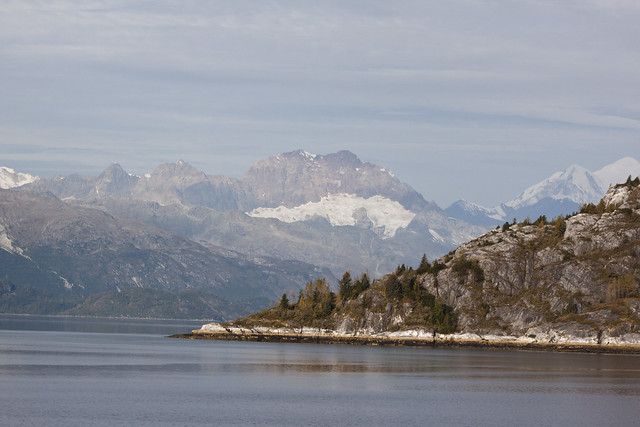 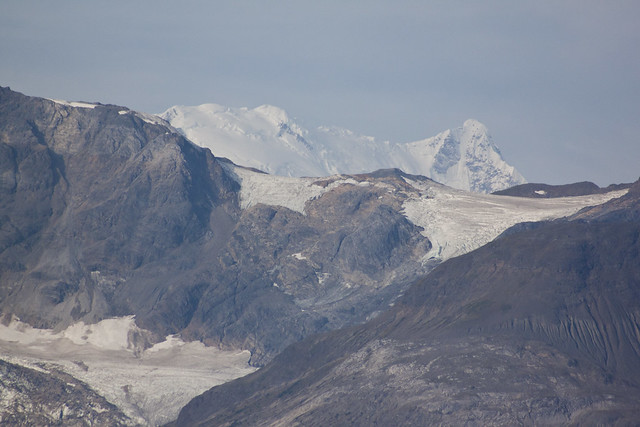 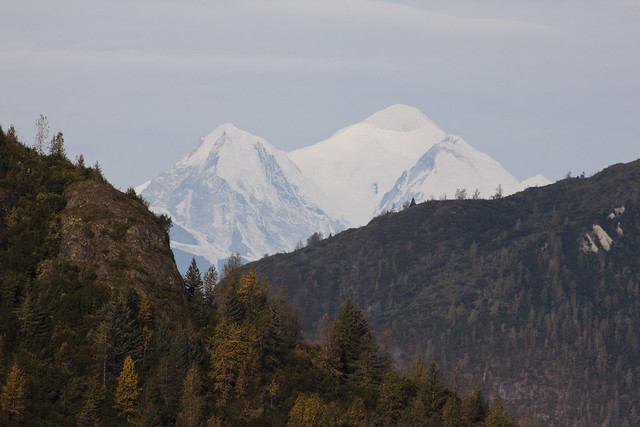 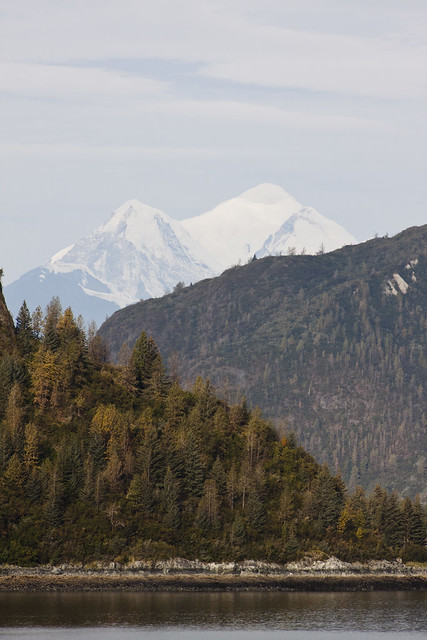 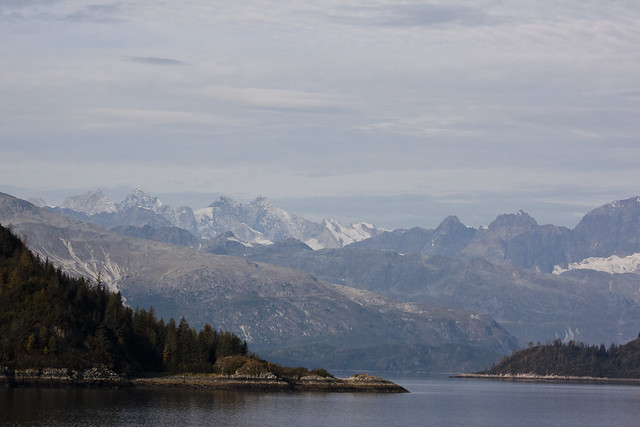 One of the highlights of our Alaskan cruise was that our itinerary took us into Glacier Bay National Park and Preserve. I honestly didn’t grasp the significance of our ability to get into this park via the ship until we started making our way through the bay itself. Cruise ships are limited to one or two a day into the park and throughout our trip there we were the only large ship I saw entering the bay. We saw several fishing boats and smaller touring boats but for the most part the bay was very quiet from ocean vessel traffic. We were also boarded by NPS rangers and received an audio tour over the intercom system the entire time!

As I began editing the photos I realized I took so many photos and I’ll share quite a bit here but I’ll spare you an overflow of glacier photos. More than likely these posts will just be a photo tour with little writing in them. The park from the vantage point we saw it is really magnificently stunning and the entire time I kept thinking “Just drop me off on that shore over there. Pick me back up in a week, a month…a year??”—because the park looked so ripe for exploring. Doing a paddling tour of the bay and camping at different rocky beaches each day or few days sounded very enticing as well.

Here’s a brief history of the bay over the last few hundred years—in essence, the bay itself as it is now is very recent. As late as the late 1700s the bay was not very deep but a hundred years later the glaciers had begun retreating and the bay was significantly deeper than it had been. And by deep, I mean by length (and probably actual depth, too) but how close it was to the shoreline along the Inside Passage, versus how far back it goes now. And of course the glaciers are still retreating and who knows where they will be, or even exist, in another hundred years.

I’ll be sharing additional photos throughout the week!