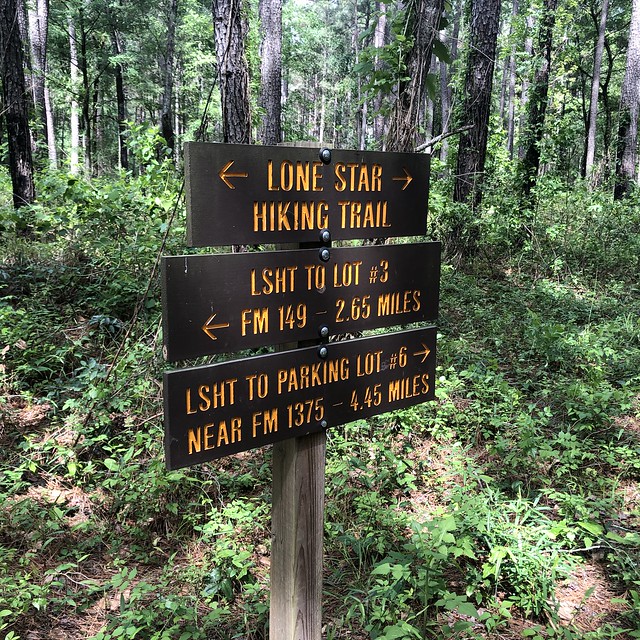 On Good Friday we made our escape—we hit the Lone Star Trail in Sam Houston National Forest. I was going stir crazy and as much as I love being at home and can make things work, I wanted to see “outside”—outside itself but outside as in an area greater than our neighborhood. Plus, I was missing wildflower season and I wanted to attempt to see more flowers before the heat of summer settled in. Very local and in-town locations I knew would be busier and we wanted to avoid those places. After seeing some other folks in other areas of the state and country go hiking and often at empty trailheads, I knew there was a good chance we could make it work.

First off, we avoided the main trailheads on FM 149 north of Montgomery. When we drove by there were just a handful of cars in there so it wasn’t likely a big deal, but I told Chris we could just go down the LST where it intersected a forest service road/residential inholding road near where we take our yearly photos with Forest. I have yet to see a car parked there! And sure enough we were the only ones there and no one else was seen on our hike.

The night before we’d had a thunderstorm come through the area with us getting the southern edge of it and only a few bits of gusty wind. As we approached the forest boundaries it was clear the storm was rougher up there with downed trees and debris littering the sides of the road. A forest service employee was at one of the trailhead parking lots working to clear the debris and down the drive to where we went hiking there were five or six down trees that had been cleared from the road earlier that morning. I was definitely glad we missed the bulk of that storm! 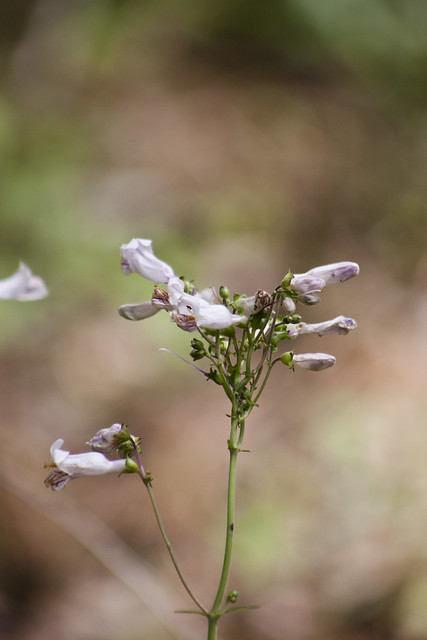 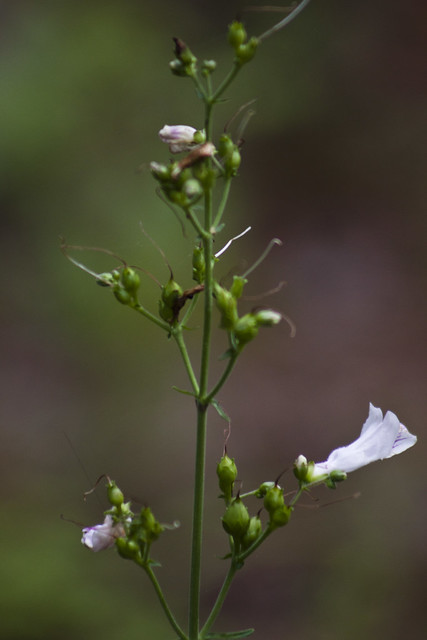 Nodding Beardtongue, Penstemon laxiflorus
We crossed a power line ROW pretty quickly and I found these penstemon there. Lovely first find and not the last of the day! 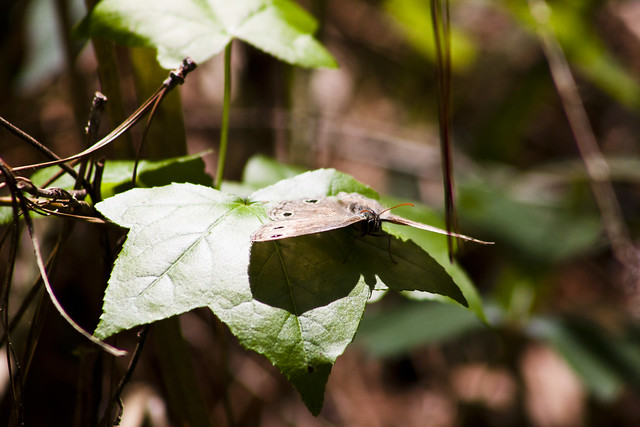 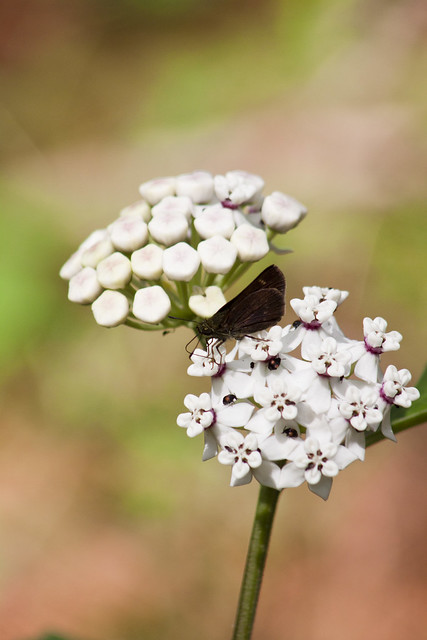 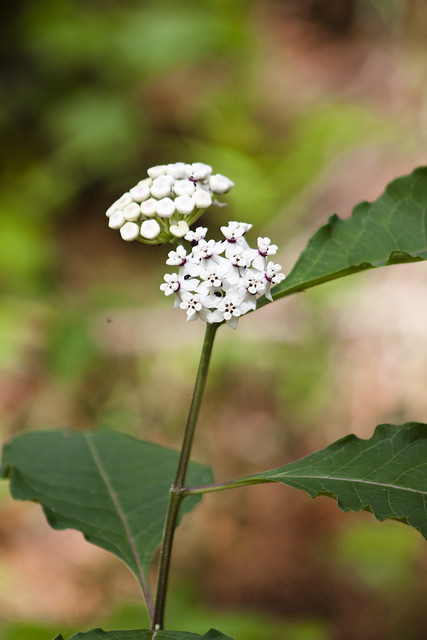 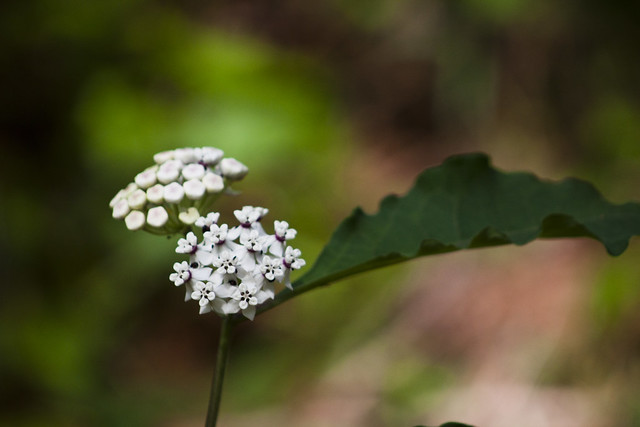 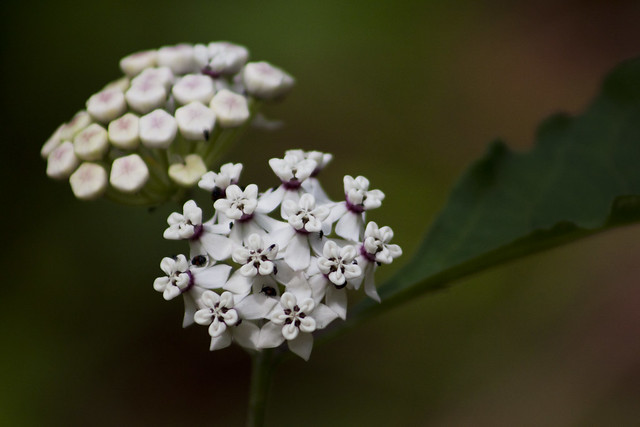 I was already the person holding up the hike because I was taking wildflower photos and I held it up even longer when I stopped in my tracks after I saw this redring milkweed, Asclepias variegata! We had only seen it one other time in Angelina National Forest in east Texas and I was very elated to find this. Chris and Forest were 100 yards ahead of me and I was just having a grand old time taking photos of this milkweed. Sam Houston is pretty much its western edge for this species. 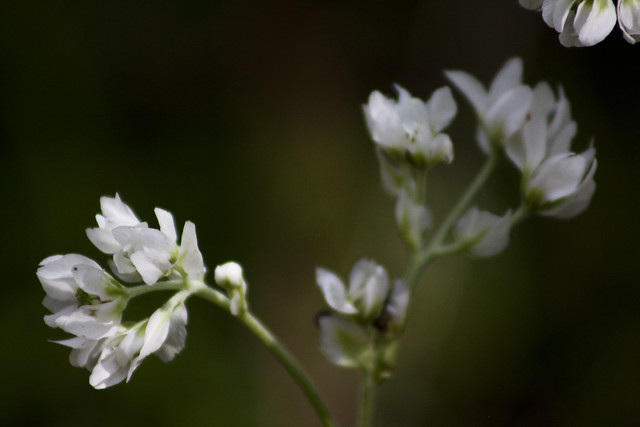 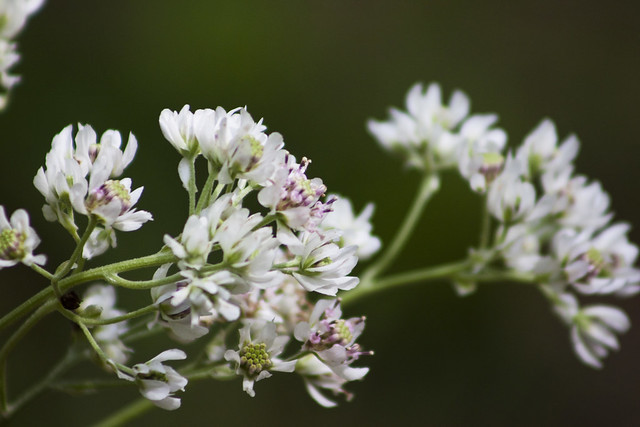 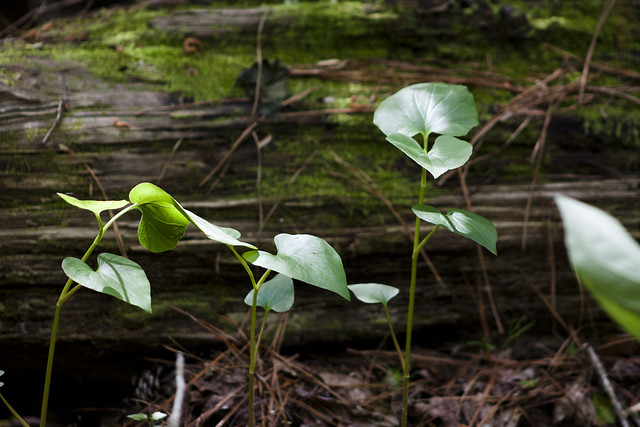 We had actually done a short part of this section of trail in the fall of 2018 but turned around when a light rain shower came through that we weren’t prepared for. This time we managed to do about a 3.5 mile out and back. 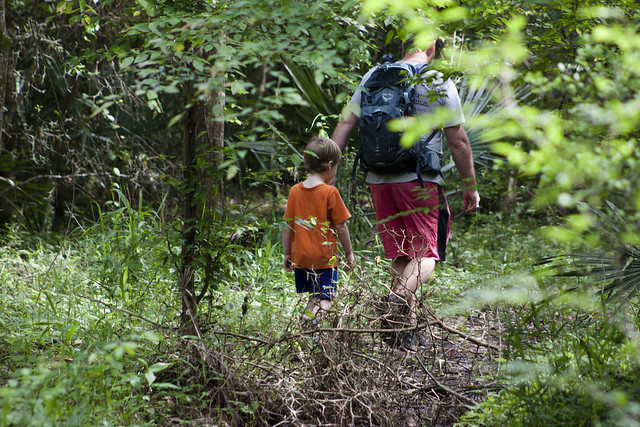 The beginning of this trail is high and dry and then slopes down to split from the LST to the Little Lake Creek Loop. We hung a right onto the LLCL and that section is significantly sloppier with section of mud and water puddling. You can either carefully go through or some areas you can skirt the edges. 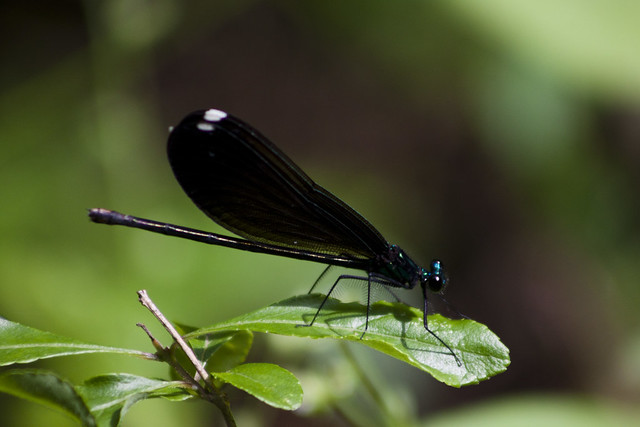 A female Ebony Jewelwing, Calopteryx maculata posed long enough for me to get some great photos of it on the trifoliate orange. 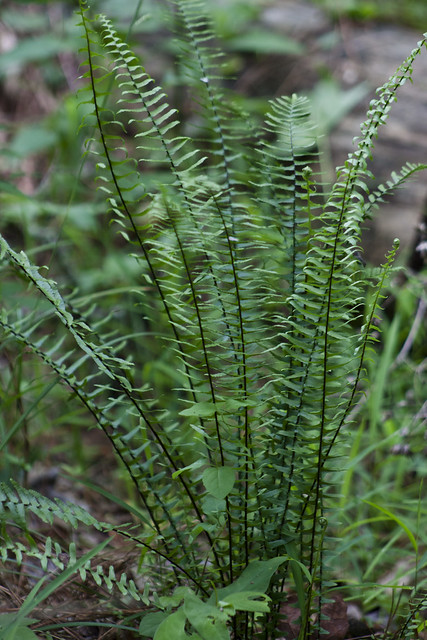 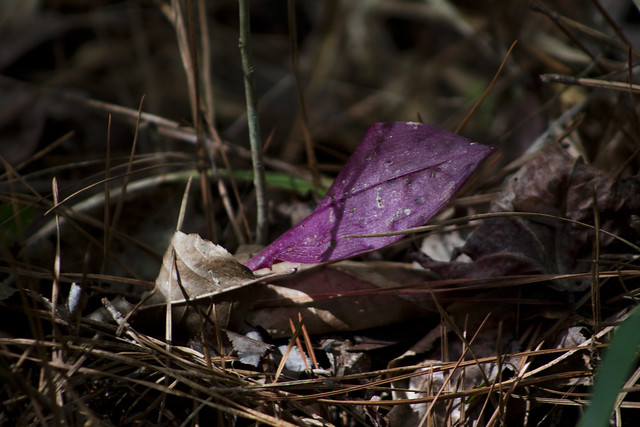 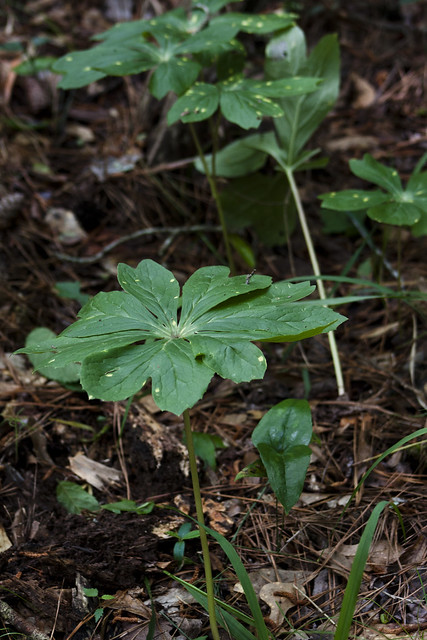 Mayapple, Podophyllum peltatum
I was happy to catch the end of the mayapples this year! I didn’t think we’d see them again after seeing them at the end of February at Huntsville State Park. 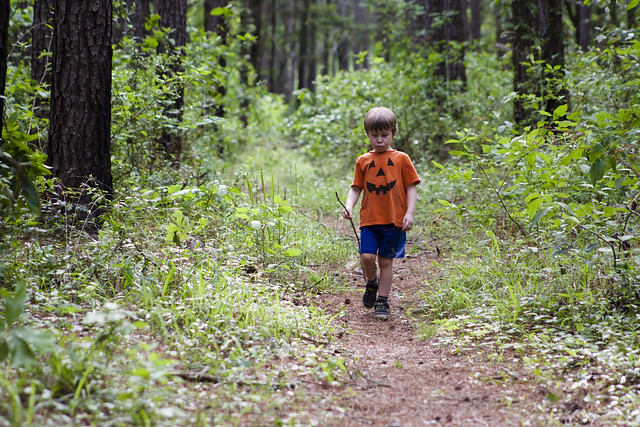 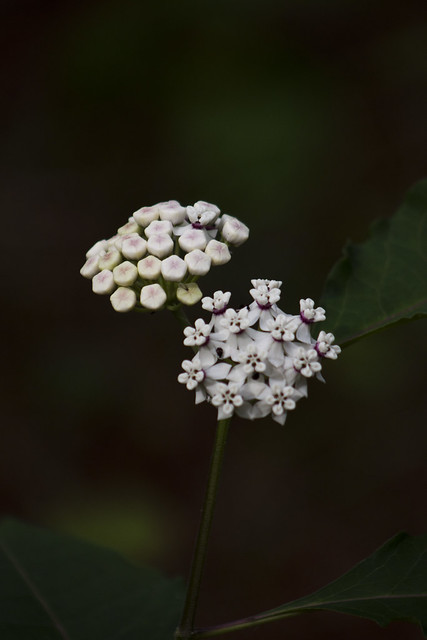 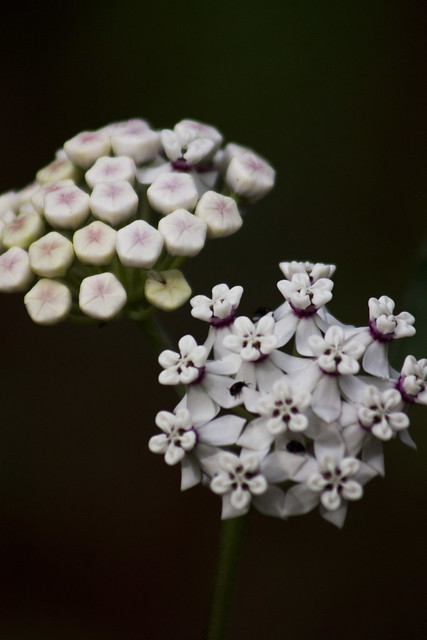 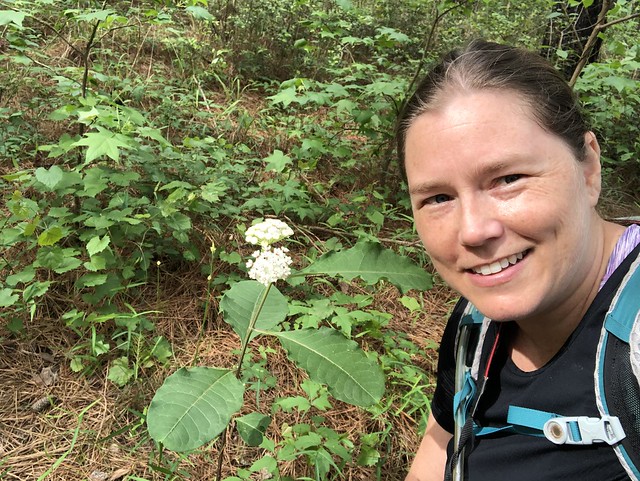 I had to stop and take more photos of the milkweed on the way back! I will definitely be revisiting them in the coming years now that I know where to find them closer to home!

All in all it was an excellent late afternoon on the trail. We have more rain in the forecast this weekend but we may see if we can squeeze in another time at some point before or after the rain. It is definitely good for boosting the morale around here!