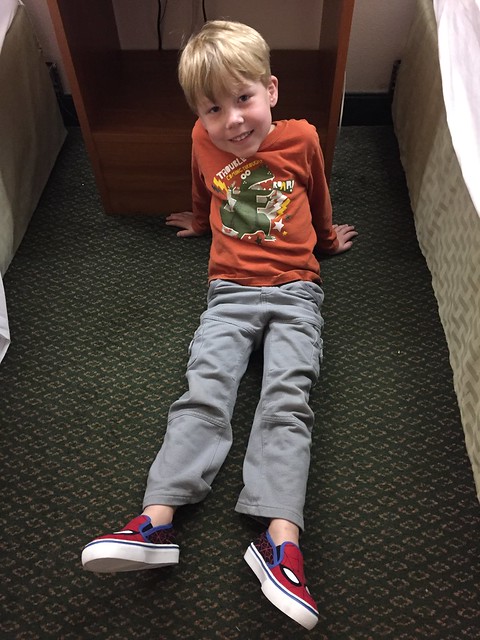 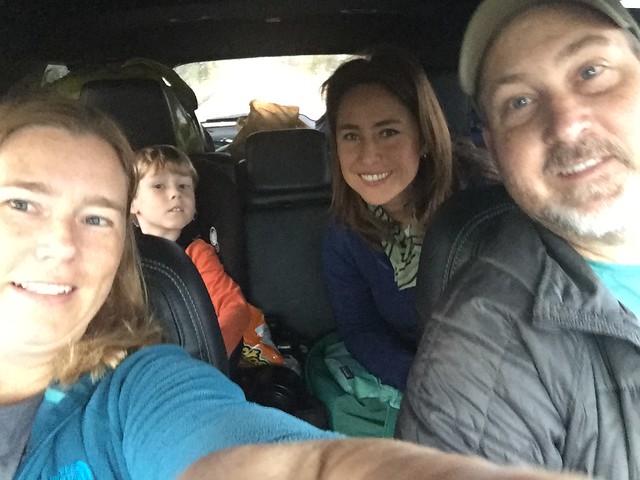 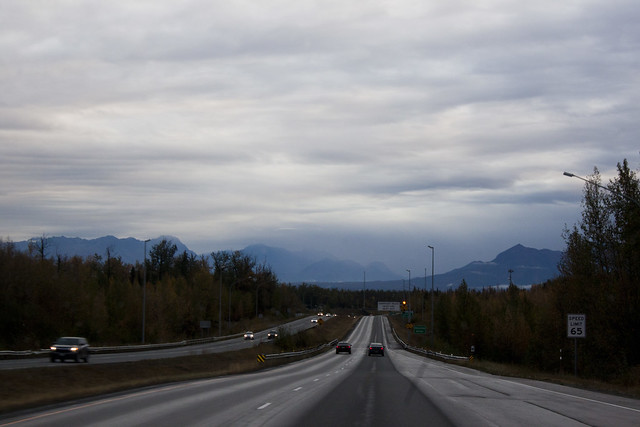 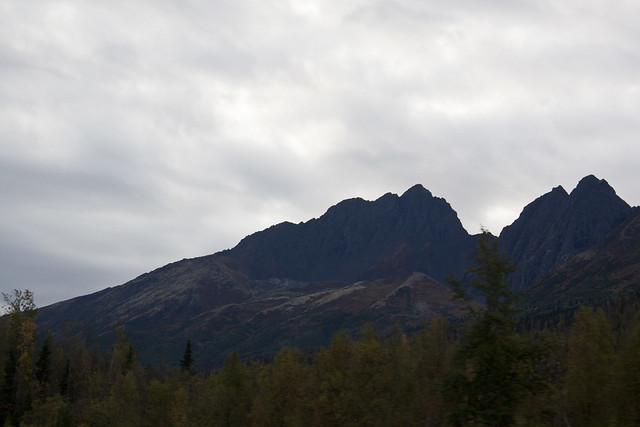 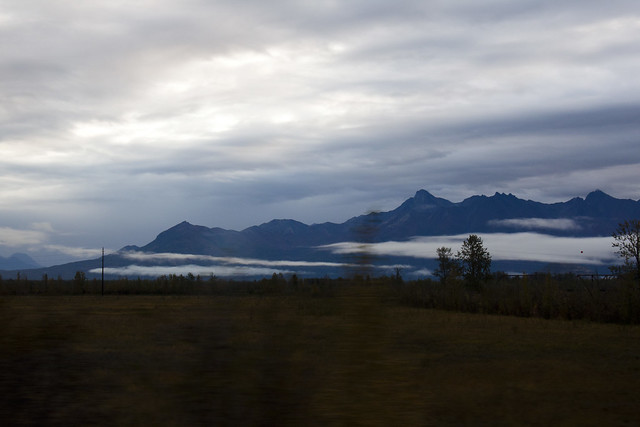 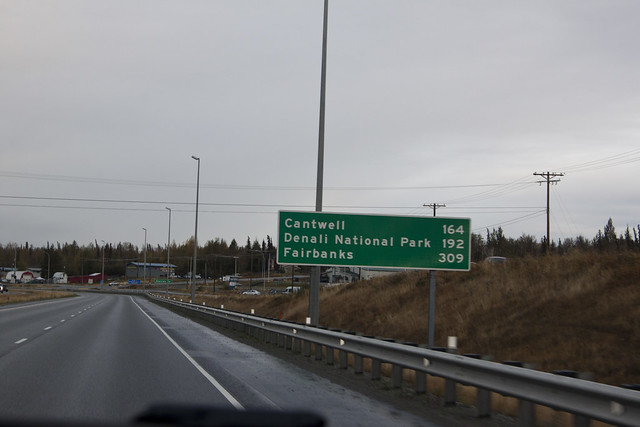 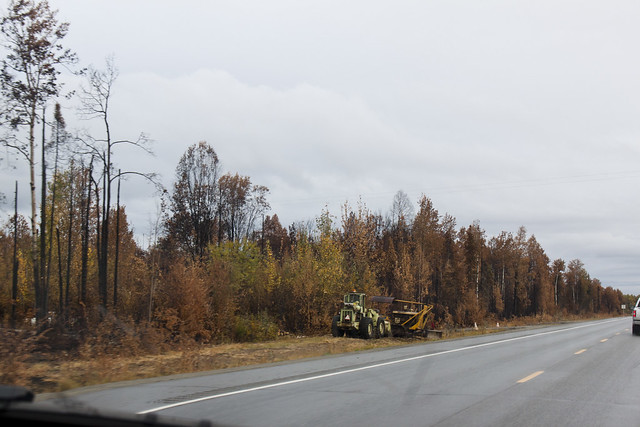 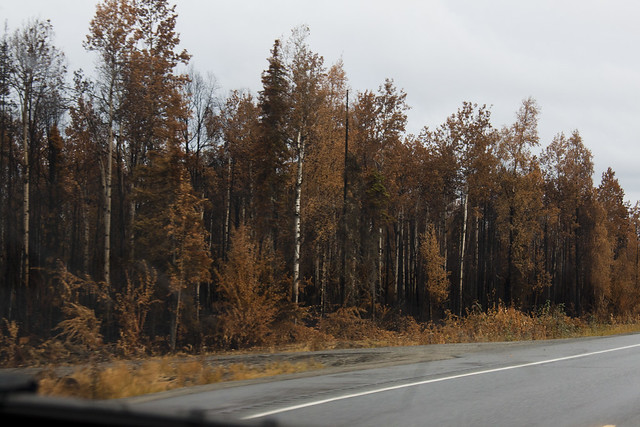 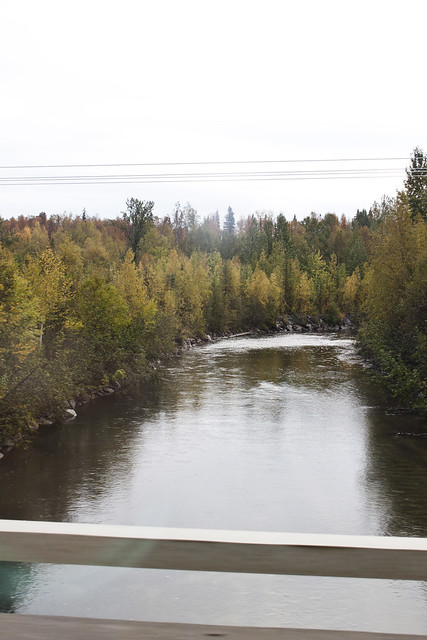 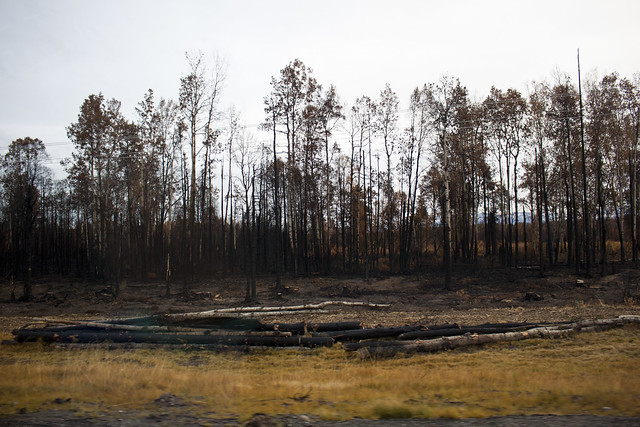 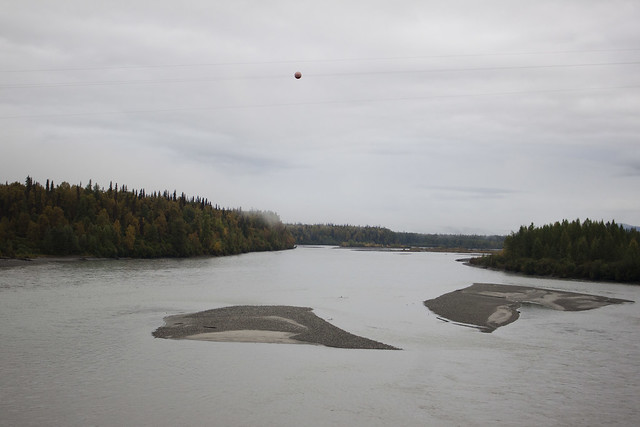 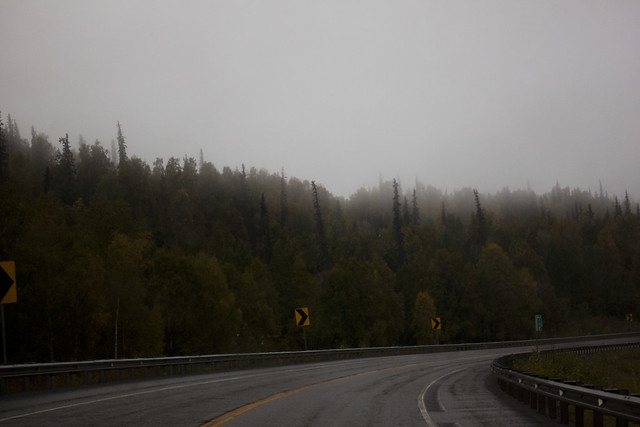 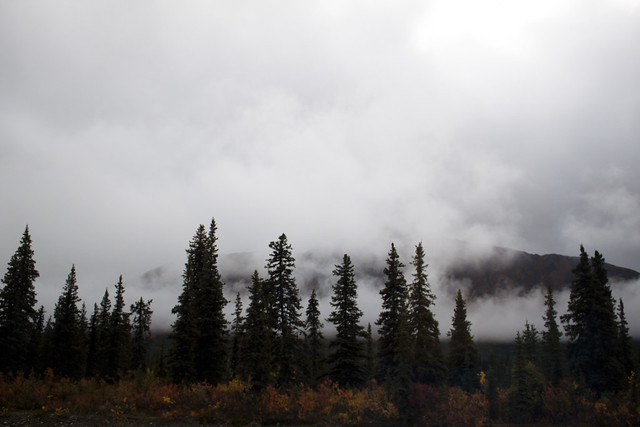 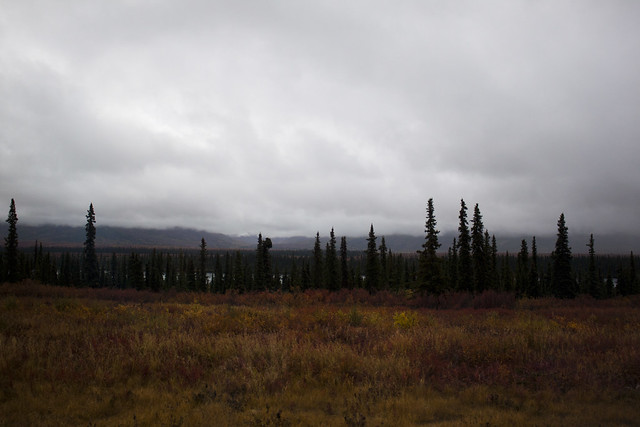 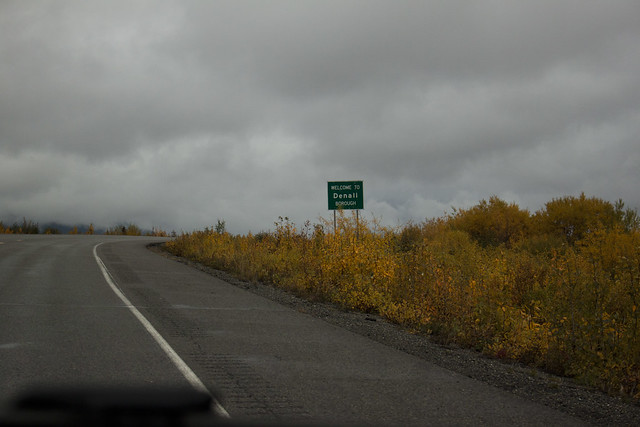 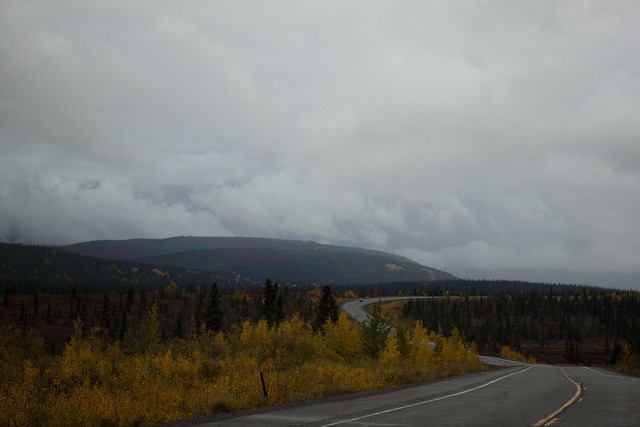 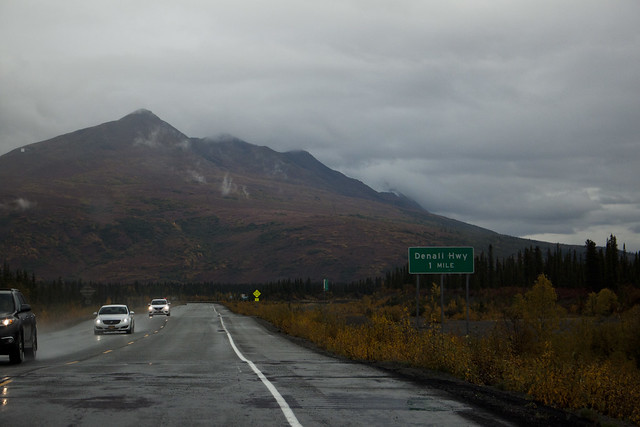 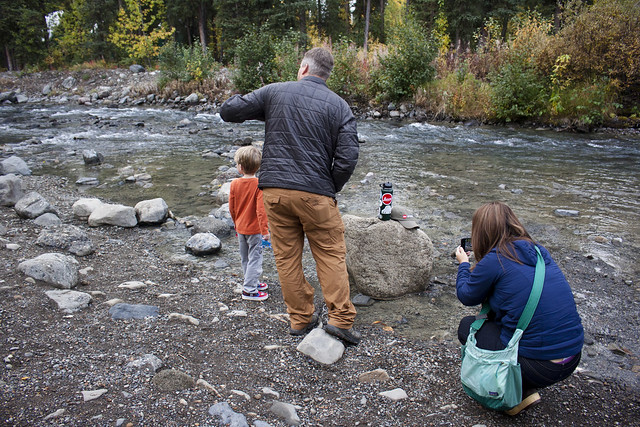 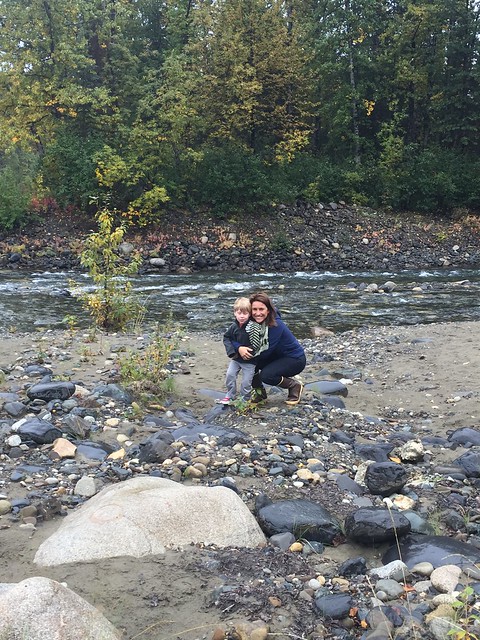 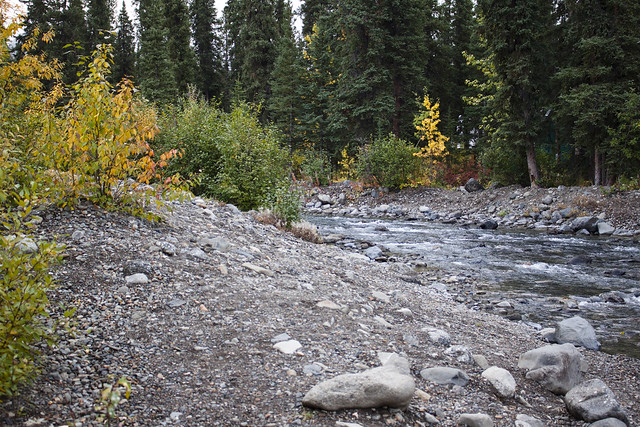 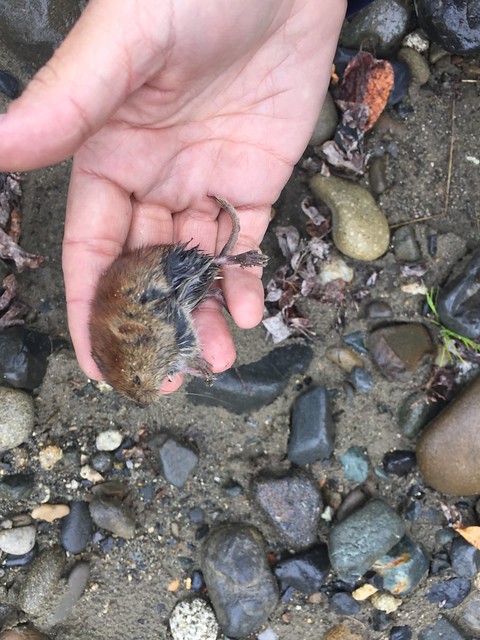 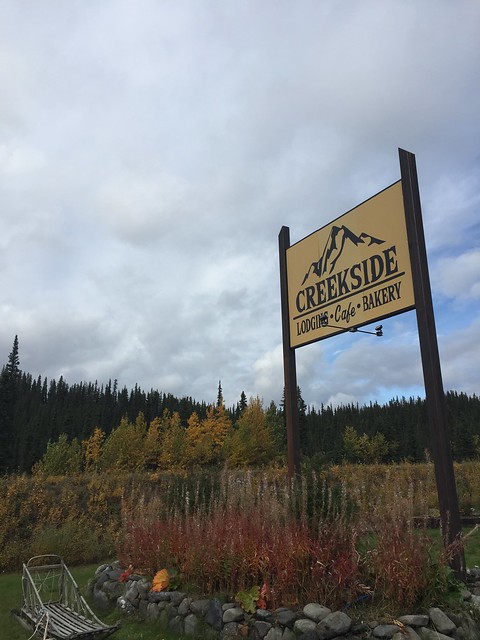 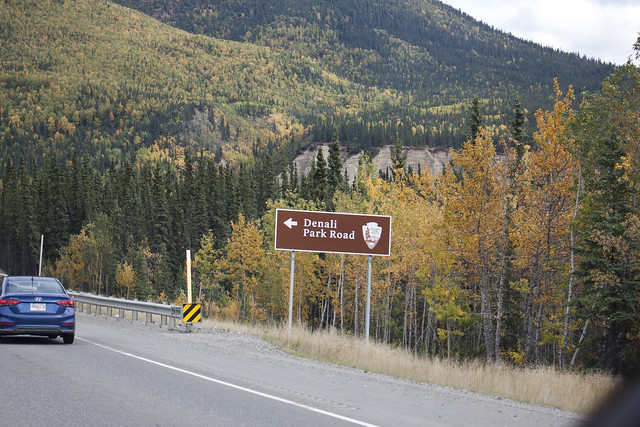 The morning of Forest’s fifth birthday we woke up very early at our hotel in Eagle River, north of Anchorage. Coincidentally our friend Eliana had been staying at a friend’s house in Eagle River as well so that made our ability to pick her up and take her with us to Denali a lot easier. The night before we’d met up in Anchorage to have dinner and as we told her our plans for the rest of the week she abandoned her plans to do some prep work for an upcoming photography show and because some field work in remote Alaska had been postponed, she opted to join in.

We got on the road heading north for a several hour drive to Denali, stopping in Wasilla for breakfast. Morning had dawned rather grey and cloudy as seen in some of those early photos and then in Wasilla it seemed like it might clear up for a few miles only to return to the grey it had been. Along the way we passed signs of the wildfires that had raged in the weeks prior and that was heartbreaking to see.

Somewhere between the turnoff for Talkeenta and Cantwell we pulled over next to a stream for Forest to go and water a tree—well, I think we all watered trees—and stretch our legs for a moment. We managed to walk around for a few minutes and all that did was make me very excited about what we would be getting to explore when we made it to Denali. For lunch we stopped at the Creekside Cafe next to where we would be staying for the next couple of nights. The food was delicious and I believe we managed to find something Forest would eat! Once we got off the ship I knew we would have more trouble finding things for Forest to eat the deeper we got into Alaska. I’m pretty sure he had a hot dog here! If we had gotten a whiff of food prices in Anchorage and other places we had stopped in on the cruise, we got an even heftier dose of it here!

Bellies filled, we were onward to Denali!