Two weekends ago on a warm, sunny Sunday we drove up to Sam Houston National Forest for another hike on the Lone Star Trail. We started from the Trailhead #6 parking lot on FM 1375 and found ourselves with a very full parking lot. We knew this was likely and the trail heads on FM 149 as we drove past were also quite busy. But we had a plan—go south from Trailhead #6 because we knew that heading east towards Lake Conroe would be busy. And we were right. During our hike in we encountered one family leaving and didn’t see anyone else until we reached the parking lot at FS 271 where we saw another family. They left down the trail ahead of us and we never saw them again. On our way out we encountered three dude-bros running with a dog but that was it. If we’d gone towards the lake it would have been a much busier trail!

We’ve been at this trailhead before and at the junction of FS 271 & FS 204 before, but it was the gap in the middle we hadn’t hiked. I need to go through and see what slivers we haven’t hiked on the western section of the LST because I think we don’t lack much in finishing that side. Then it will be just tackling the eastern side some more to wrap up a hike of the trail!

Trail map of this section 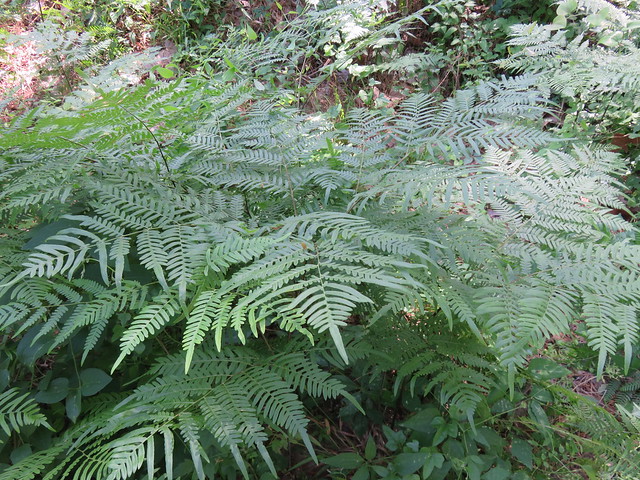 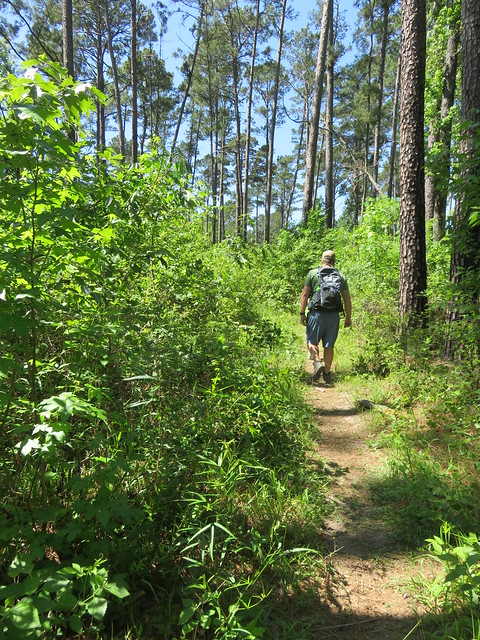 From the trailhead, the hike begins in a pine upland with lots of great plants in bloom this time of year. It slowly slopes down to the road where we cross over and head to a different habitat. 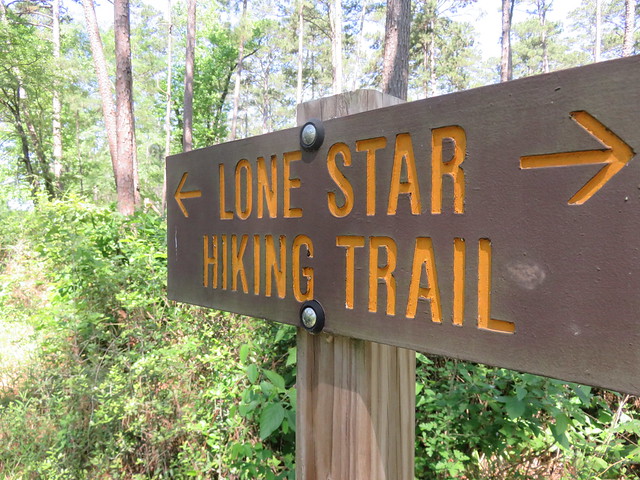 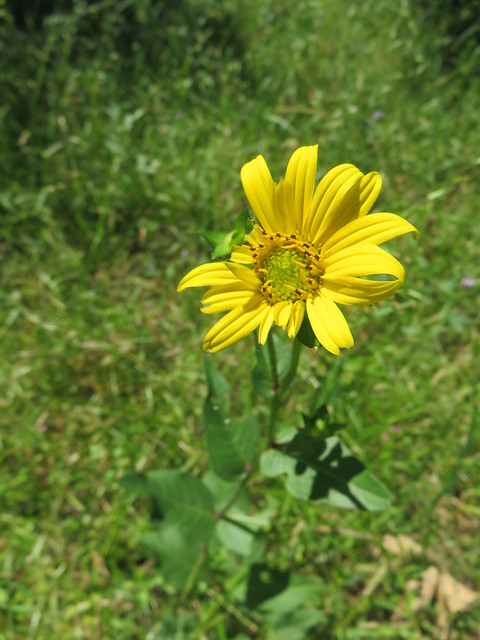 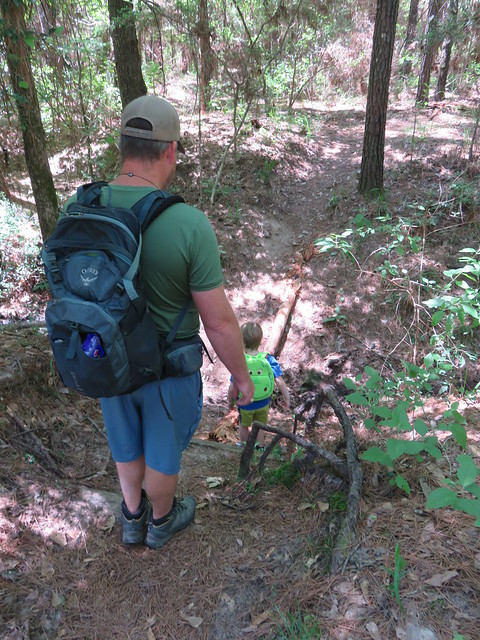 Across the road for the next 1.5 miles is mostly a mix of pine and hardwood habitat with a yaupon understory. It is much shadier here and was a great respite for this sunny afternoon. 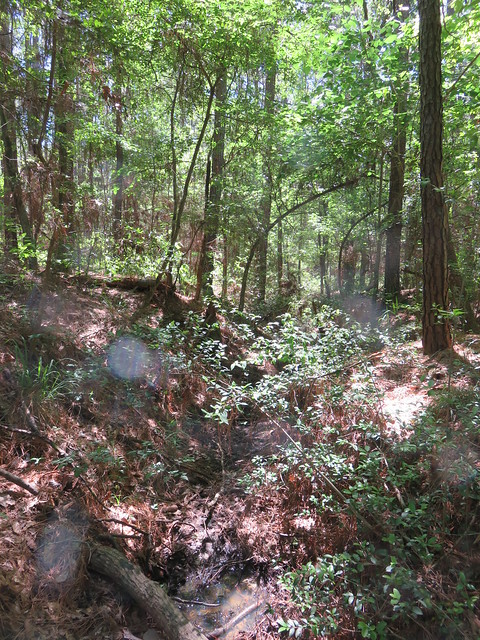 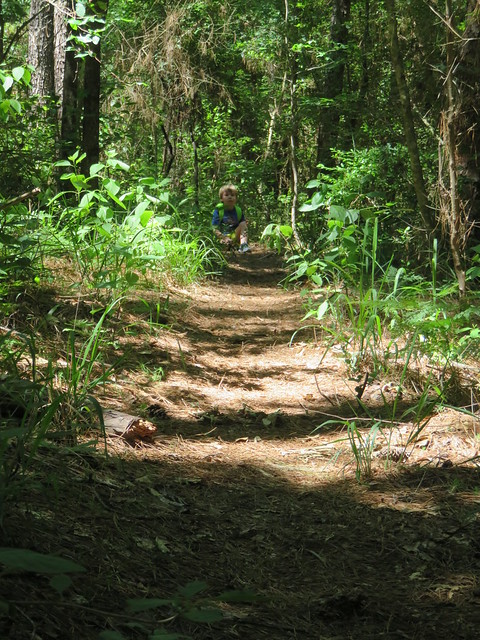 Forest is at a stage where he doesn’t appreciate when Chris and I tarry too long looking at plants or scenery–he wants to make some miles! It’s mostly because he’s decided he isn’t into hiking right now. The isolation has turned him into a real homebody and he just longs to be home to play here! But in the end he does enjoy the hikes, especially if there’s something that interests him. 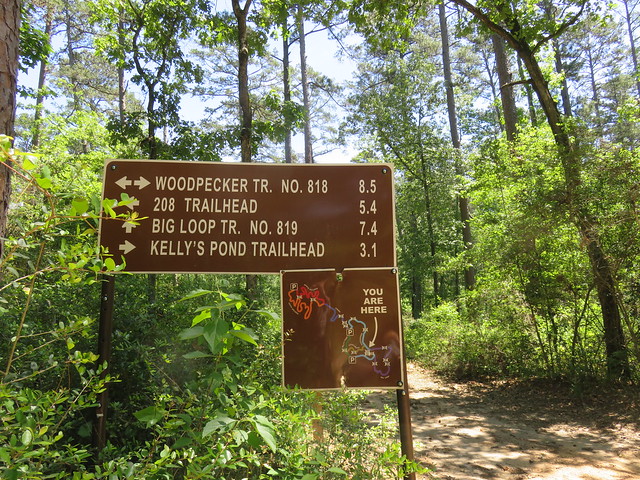 Along the way we saw a dirt road paralleling the trail and then later passed a narrow two-track. I walked down the narrow two-track to the main dirt road and saw this sign. I was unaware there was an extensive multi-use trail on both sides of the SHNF and I would like to explore some of these trails eventually. Multi-use includes horses and ATVs. 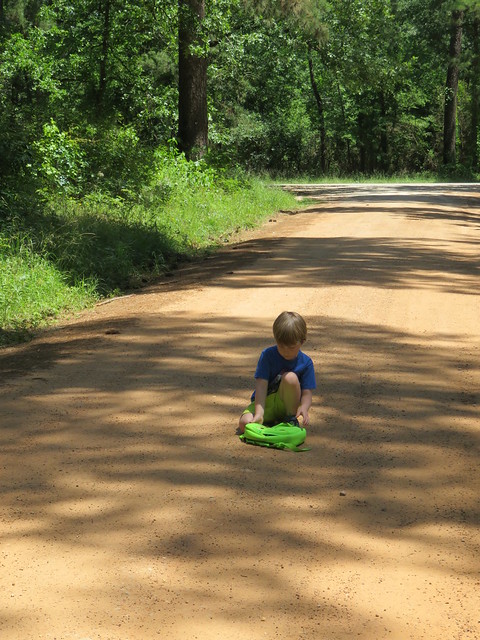 At FS 271 Forest decided he wanted to collect rocks from the road for his rock collection so that required waiting for him to pick up rocks. Chris told him if he picked it up he had to carry it back and he managed to haul a few pounds of rocks back to the car! 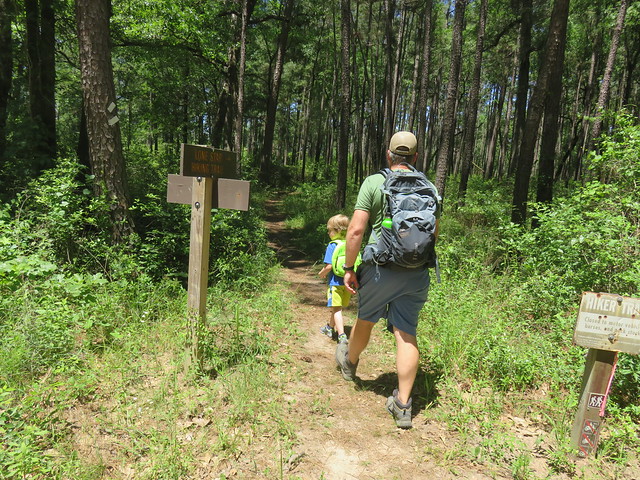 We returned to pine uplands after crossing the forest service road and into a habitat that I was anticipating for milkweed—we had seen it here before I hoped it would be blooming. 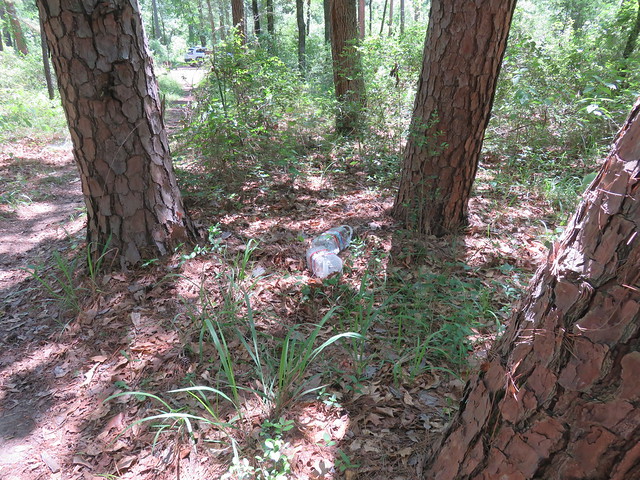 Water cache for someone hiking the LST… 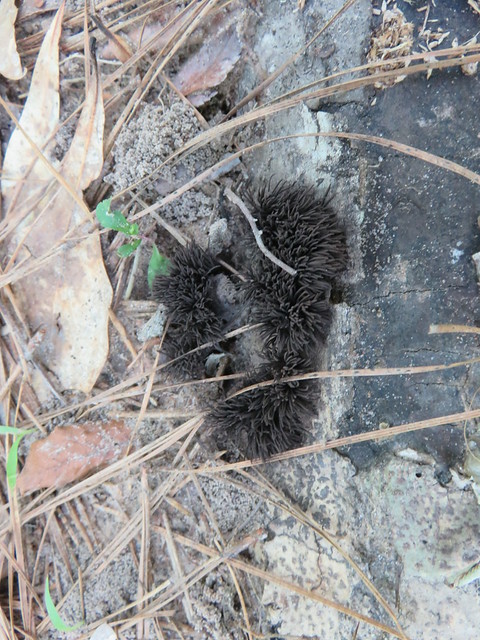 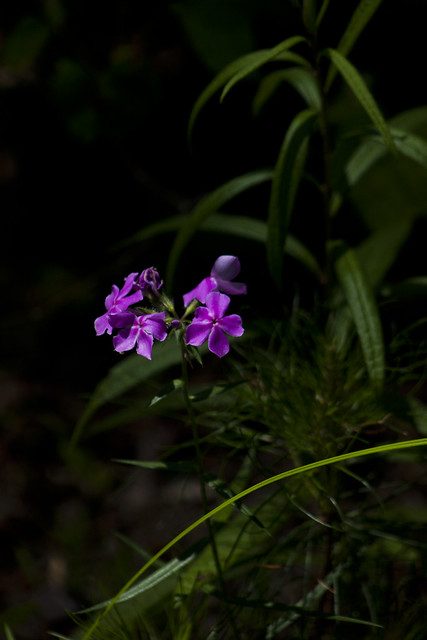 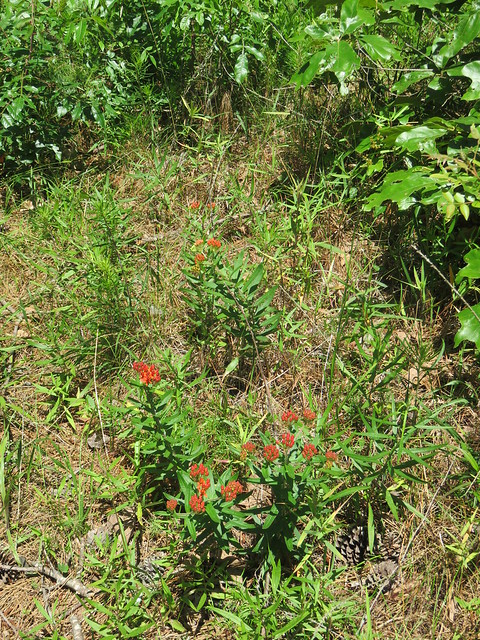 Asclepias tuberosa —and we found it! It was blooming and there were several more patches than I remembered. 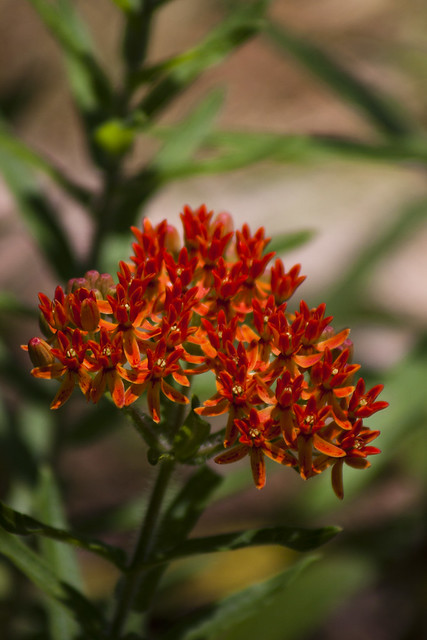 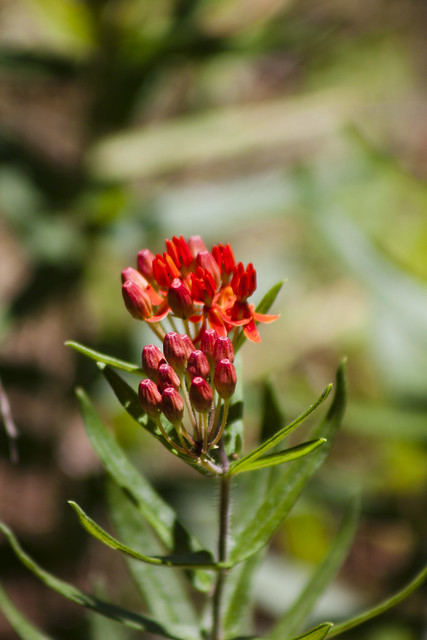 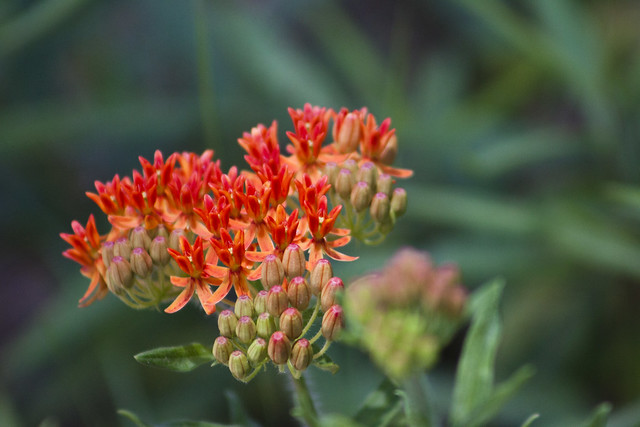 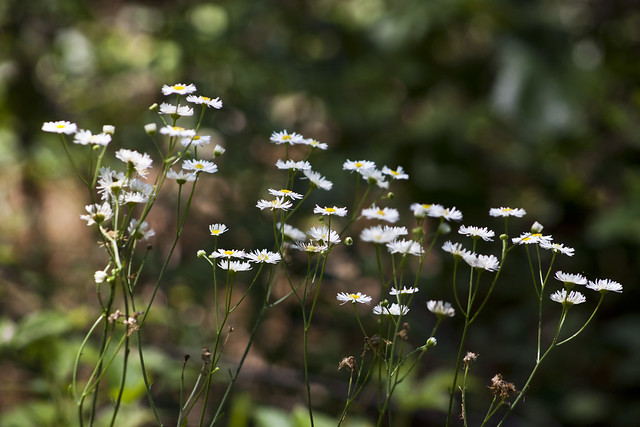 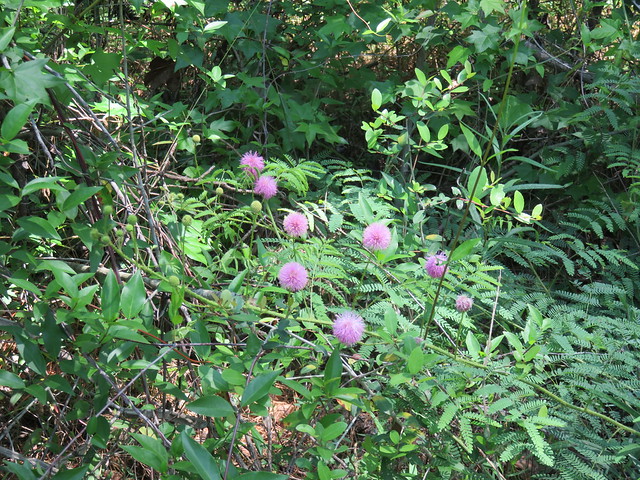 Mimosa—not sure which one, possibly Mimosa nuttallii. 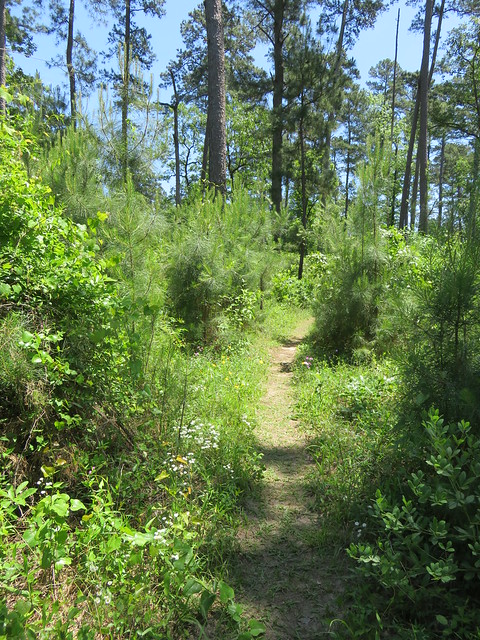 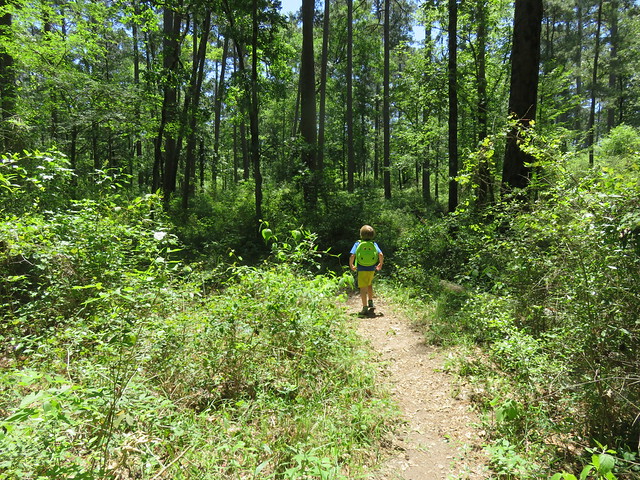 Forest finally had enough and we turned around and traced our steps back. 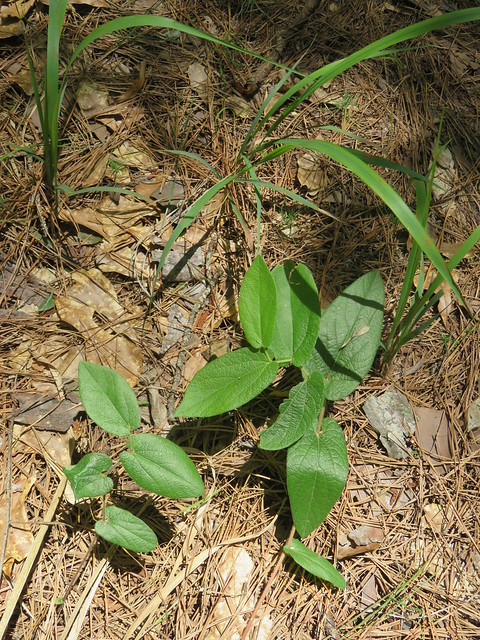 Texas Dutchman’s Pipe, Aristolochia reticulata—we stumbled across this pipevine by chance. Forest had paused for a moment back under the pine/mixed hardwood area and Chris and I both looked down at the same time. He realized right away that it was a pipevine and we tossed around id’s but weren’t sure which one it was. We ended up seeing a few more specimens along the trail and took some photos. Maybe we’ll return to see about flowers at some point. When we got back on the road I checked iNaturalist for pipevine around the area and it looks like this is the Texas Dutchman’s pipe! Nice find and a reminder to look down! 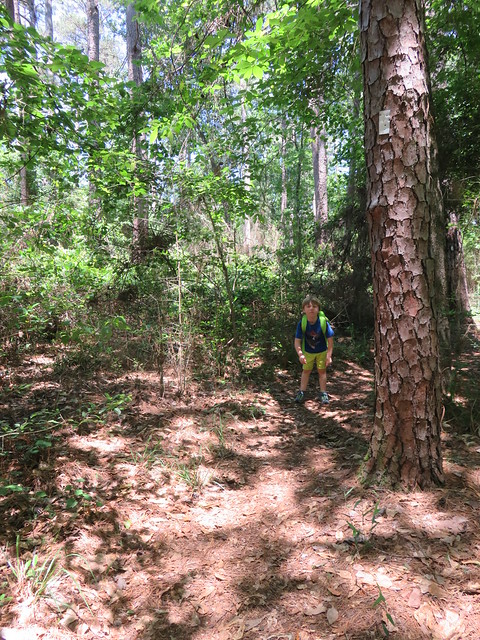 And a final photo from Forest who has really had it with mom and dad stopping to look at pipevine! We weren’t but maybe half a mile from the car and he was getting antsy to get back!

All in all a great section. I really do want to check out the multi-use trails soon because I have a feeling once you get down the trail it will be an excellent opportunity for not running into anyone other than the random ATV user. Might even be a great backpacking option, too!