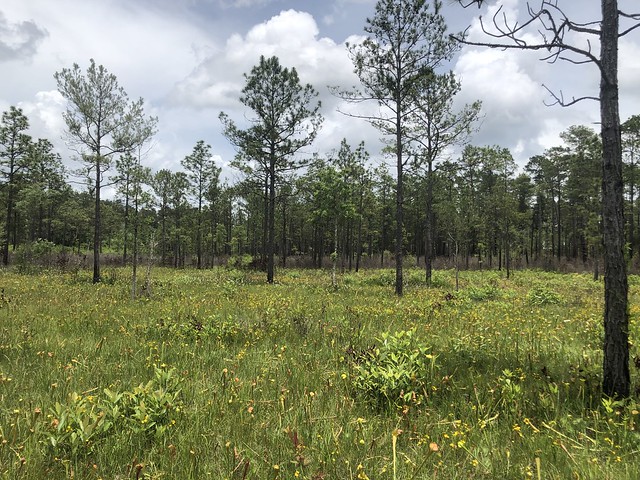 I didn’t mean to go dormant over here this week. I had another post drafted called The Depths of Despair, where I was going to quote Anne Shirley after she found out Marilla Cuthbert didn’t want an orphan girl for Green Gables. Anne’s despondent and dramatic depths of despair is often how I’ve felt for the last few weeks and last week I was feeling it a bit harder. I scrapped that post but here I am to catch up a bit.

As the title suggests, there are scattered thunderstorms around today. Thunder is rumbling in the distance and Forest is rolling around in the living room floor in a blanket possibly pretending to be a dinosaur. I have no idea, but he’s playing by himself and isn’t pestering me at the moment so I can get a few words typed here.

The last few days I’ve ventured beyond the two structures that have defined my life the last few months, my house and our work office. I ended up at Lowe’s for an errand on Thursday, Forest and I got food from a drive-thru on Friday (our first take-out, and a treat!), and today I went to the grocery store. I hadn’t been to the grocery store since mid-March when the toilet paper and bread aisles were practically bare. It was a you get what you get and don’t throw a fit situation then but now it is almost like the Before Times. Since we’ve been buying for about three weeks at a time that felt like the most stressful part, making sure I had enough food but wasn’t over doing it and also navigating all the appropriate social distancing rules, while trying to breathe through a mask. I’ll let Chris return to being our designated errand person for a good while. I really did miss picking up my Starbucks drink to sip around the store. I have this one line a day 5 year journal and a few entries back from this time last year I wrote about trying Starbucks’ Pink Drink out last year. I was really sad not to be getting one of those while I shopped. (Oh man, I just realized I wanted to get popsicles at the store and forgot! *sad face*)

Yesterday we drove east two hours to the Big Thicket for a big outing. I’ve wanted to go back over there for several years now and we decided to plan and pack it all up and drove over for the day. We hit up the Watson Preserve, and the Pitcher Plant and Sundew Trails in the Big Thicket. It was a much needed botanical hiking trip and despite the heat and humidity we had a great day. The busiest trail was the Pitcher Plant Trail but even then the trailhead wasn’t packed like the Lone Star Trail has been. I’ll have some posts about those trails at some point in the next week or so. We did see several adult zebra swallowtail butterflies and noticed one was looking for a pawpaw to lay eggs. After that Chris was on a scouting expedition for pawpaws and ended up finding one nibbled on and he found a caterpillar! Very exciting! I also found a new to me hairstreak, too. I don’t think we’ll make that big of a trek very often for now but it was nice to escape the general confines of greater Houston.

To combat stress and stay active these last few months I’ve taken to bike riding. I’m up to about 7 miles for my longest ride but I average 4-5 miles on any given ride. It really depends on when I end up riding during the day, the heat, how I feel about going for a longer ride, etc, but I have really been enjoying it. I actually look forward to when I can get out and go for a ride every day.

As for the depths of despair, it is really a lot of the unknown that are making me crazy. Just like everyone else I presume. Chris registered Forest for kindergarten but will he actually get to go? If he doesn’t, how awful is ‘homeschooling’ going to be next year? Will he get to go back and say goodbye to his teachers and friends at daycare? When will we get to see our extended families again? Friends? Even the day to day parts of staying home can be tedious as in, we’re doing this same thing again tomorrow. Some days and weeks feel better than others. In many aspects I’m trying to enjoy the time with Forest as I can but then the tug to remain productive from a work standpoint also hits and it turns into this complicated dynamic. And work itself isn’t always productive due to standstill on various clients and the nature of our work in general, so that makes me worry about six months from now and the state of the work situation itself later. I’m trying to live day to day and enjoy what I can of everything.

The thunder has now stopped for the moment and Forest is now jabbering away while trying to play ABC Mouse from Chris’ computer so my focus is off. I’m going to work on editing some photos and see what other things I can get into for this holiday weekend. More photo adventures soon!