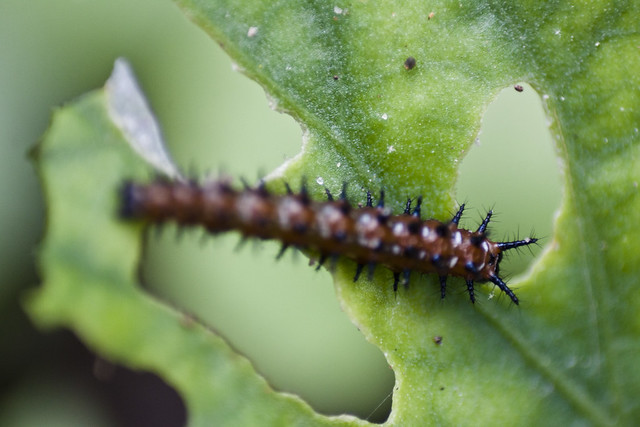 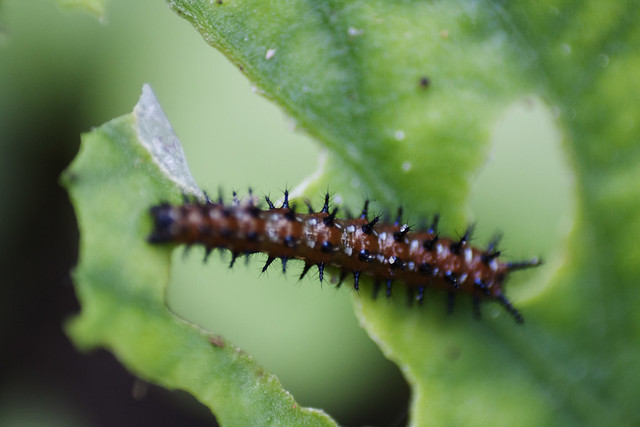 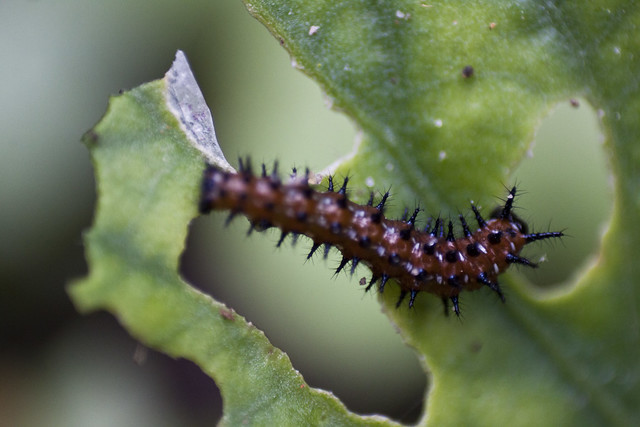 A few weeks ago I was deep into one of the edible perimeter beds by the blackberries, weeding. I’ve let a small crop of native violets grow in there because they are edible and also pretty. I’ve been transplanting some of the ones that crop up in other parts of the garden to the flower garden but the deer come and browse on those which is another reason I keep the ones tucked inside the edible garden.

I noticed a caterpillar. It resembled a gulf frittilary but those munch on passiflora vines. I took a few phone photos and then went to grab my dSLR and reverse macro lens and came back out to take photos. I was somewhat convinced this was a gulf frittilary for a while because I saw one note on one website mentioning violets as a host plant. But then I did more digging and saw that variegated frittilaries use violets. I may have seen an adult flying around in passing but honestly didn’t think we had any sort of population going on in the garden but apparently there is. I compared the caterpillars again and saw the slight differences and determined it was indeed a variegated frittilary instead.

I have not been able to see this caterpillar again after that day so I can only hope it crawled away and pupated and was not eaten by a bird or insect!

Just the other day I got to witness a giant swallowtail ovipositing on my rue. That was something I’ve been hoping would happen for a while. I bought the rue to use as a place to move giant swallowtail caterpillars who use our citrus trees in an attempt to keep them from defoliating the trees so much, however I hadn’t seen any use of the rue until then! Which reminds me, I need to check on the couple of eggs I saw to see if any caterpillars have emerged!