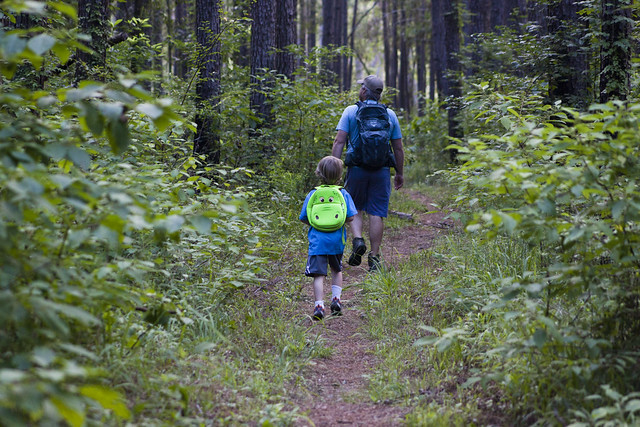 Our last hiking adventure has been a few weeks now, the Friday before my birthday. I took the day off and after we’d decided to back out of our initial idea of going to the beach, we opted instead to go for a hike on the LST and then head over and check on our Texas pipevine plants to see if they had set any seeds. 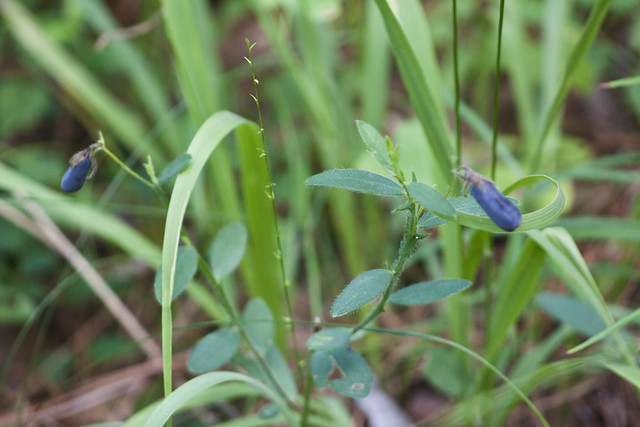 Arrowhead Rattlebox, Crotalaria sagittalis
I noticed this interesting plant on the way into our hike and on our way back out I kept an eye on it. I hadn’t noticed it before but after I identified it as a crotalaria I was surprised I didn’t figure it out on the hike because I was familiar with many of the non-native species that I used to see in Florida. 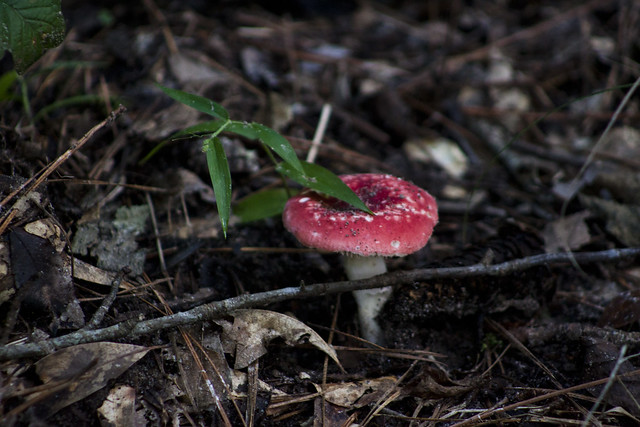 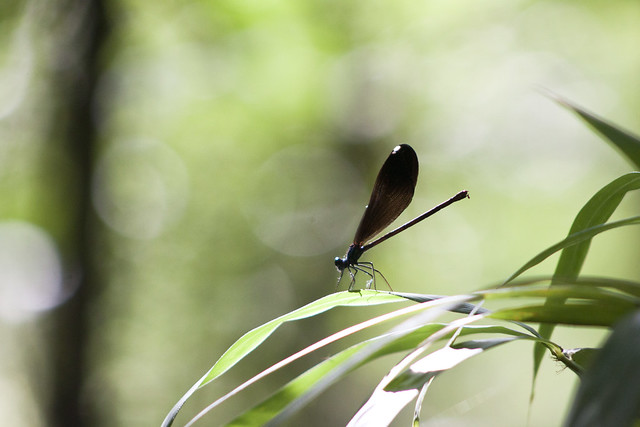 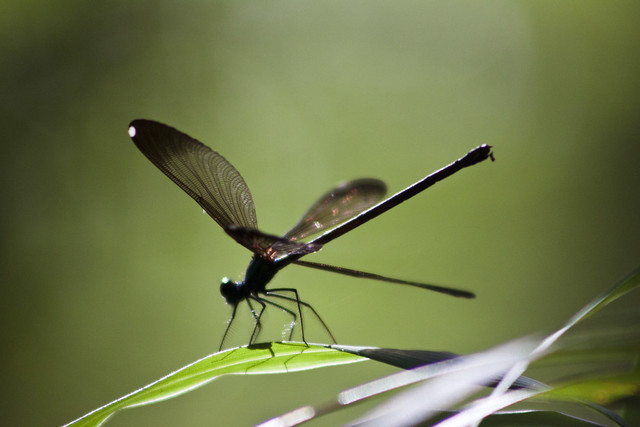 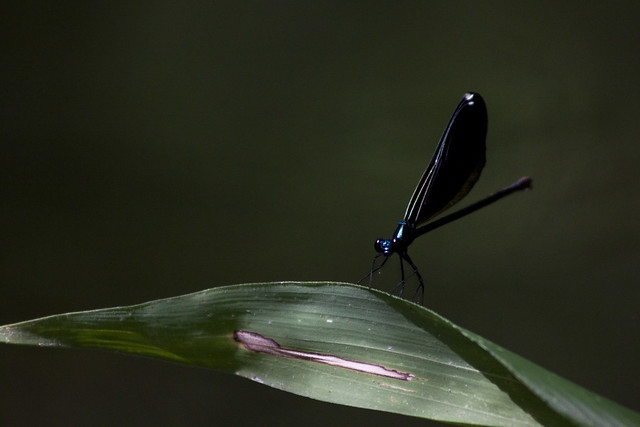 Ebony jewelwing, Calopteryx maculata
We weren’t but a quarter of a mile or so down the trail, when as the trail slopes down to a drainage, Forest said he wanted to go off and have a look. It timed well because another hiker was coming our way and we gave her wide berth and hopped down to explore. 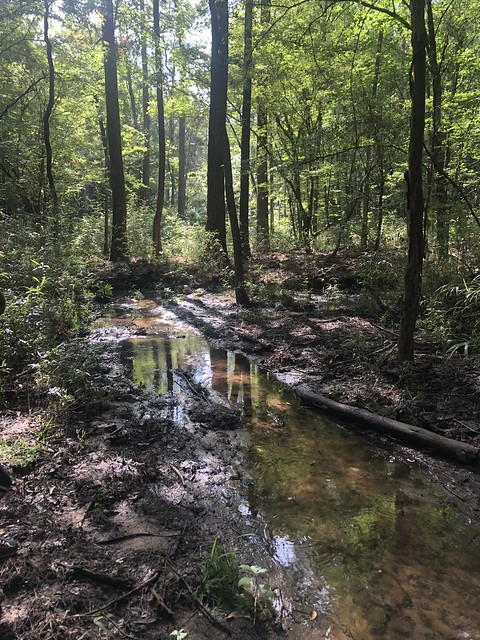 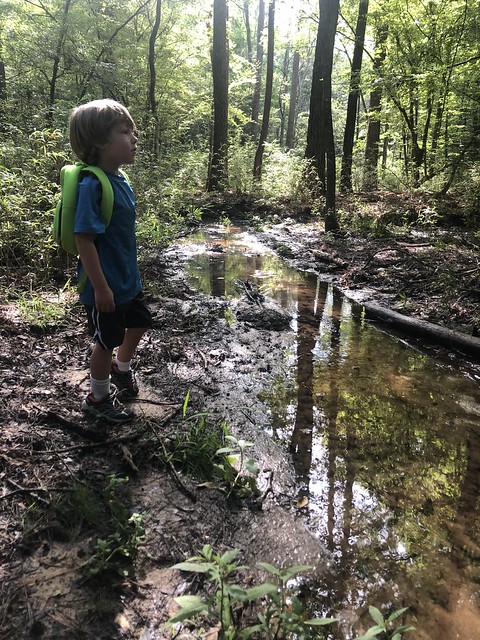 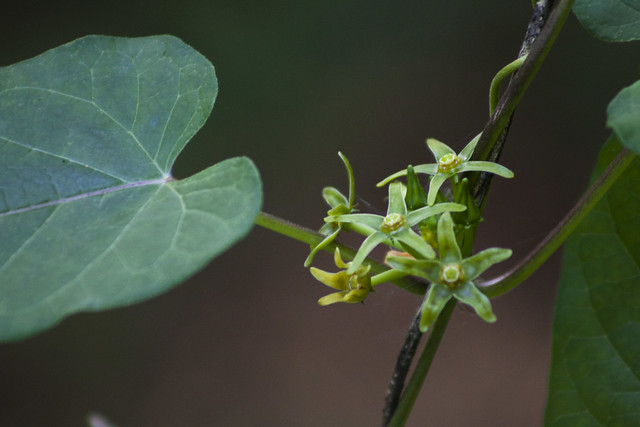 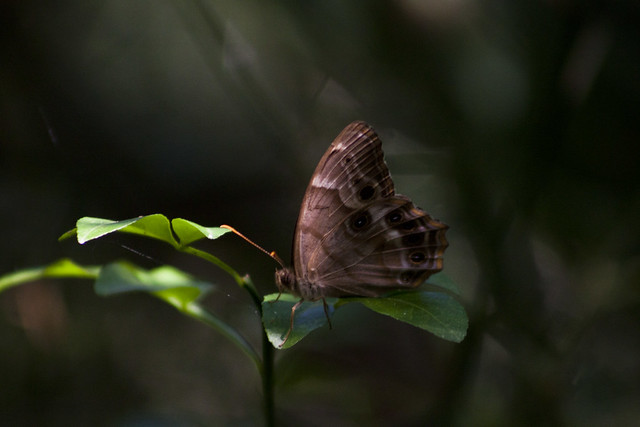 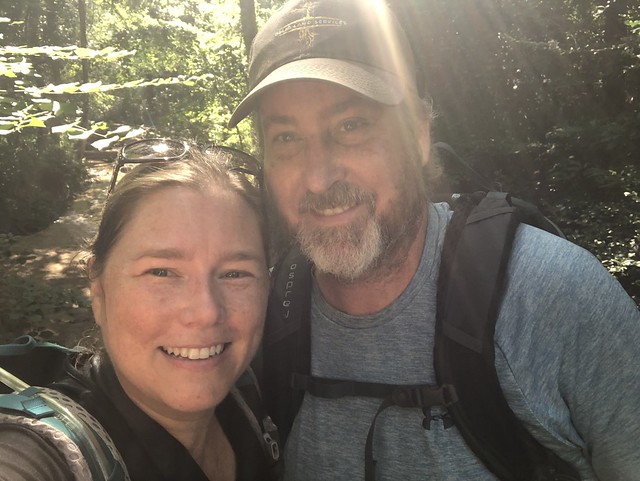 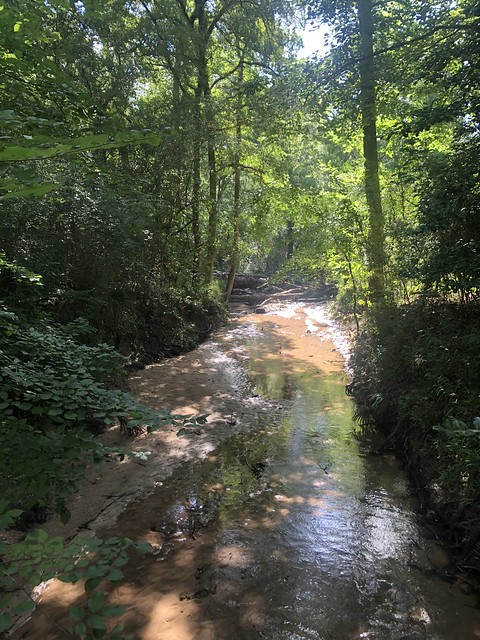 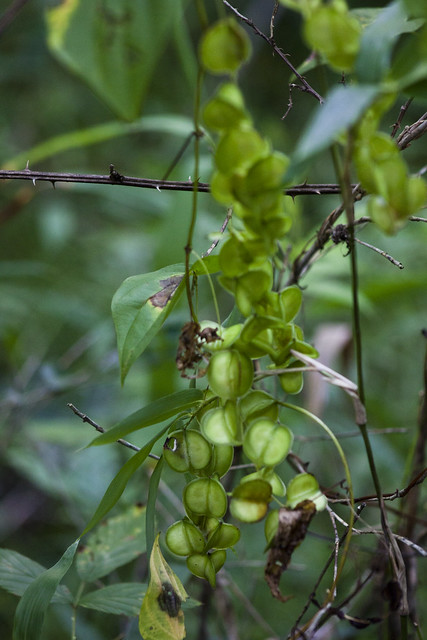 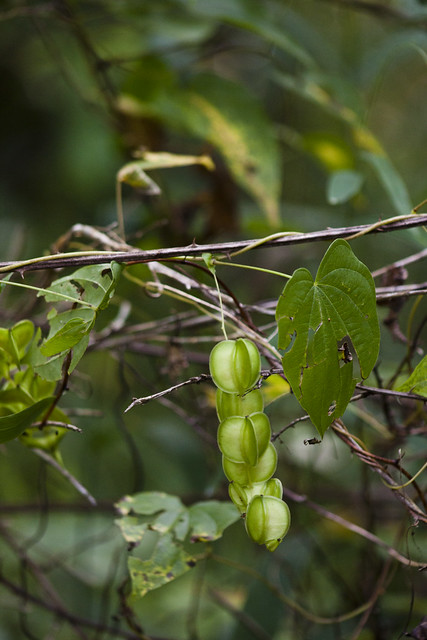 Wild yam, Dioscorea villosa
This area of Texas has both the native wild yam but also the invasive air potato, Dioscorea bulbifera. Thankfully I haven’t come across the air potato that often, though I often do a double take every time I see the wild yam. This was the first time I had seen it with seed pods and thought they were very interesting and quite decorative! 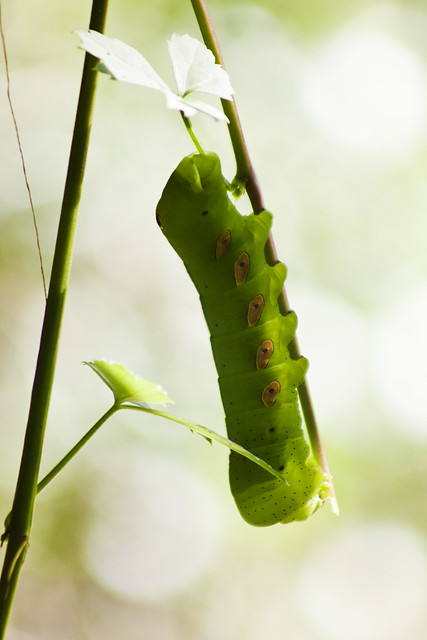 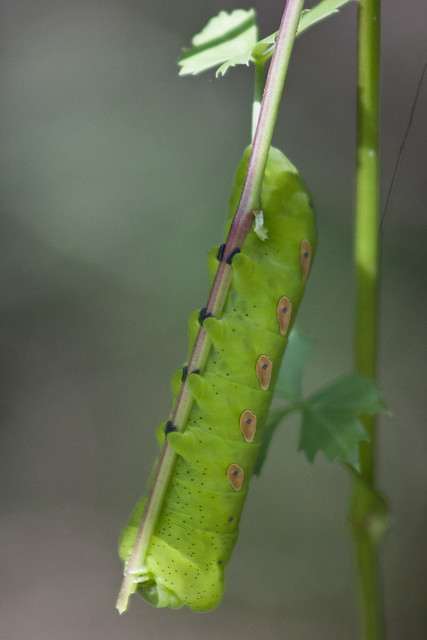 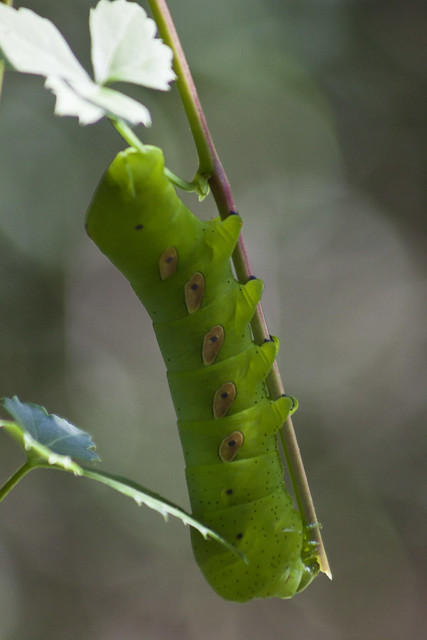 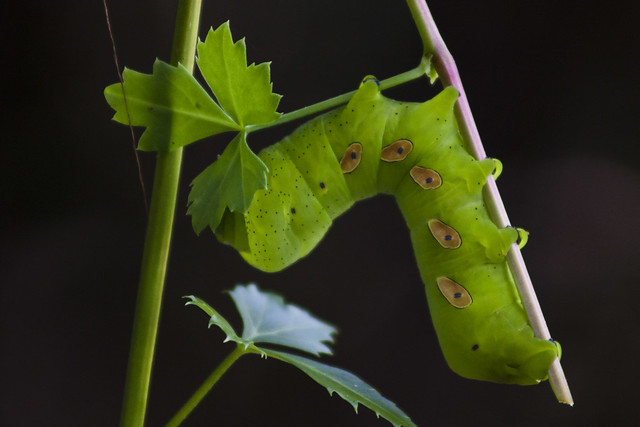 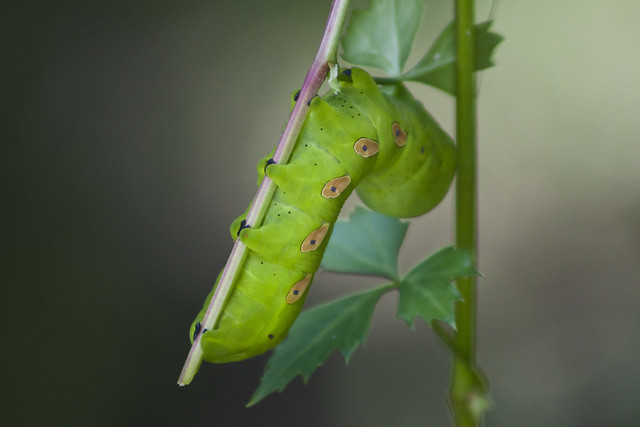 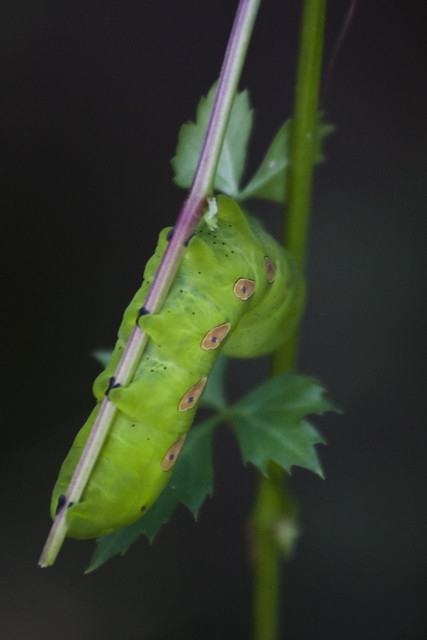 Of course the highlight of the hike was when Chris found a Pandorous sphinx moth caterpillar, Eumorpha pandorus. This one was on a sorrelvine, Cissus trifoliata, a member of the grape family and among the host plants for the caterpillar. Such a cute and chunky caterpillar! I second guessed myself on the sorrelvine because it is usually found much more commonly west of here but it appears there are a few sightings in this region of Texas.

I’d like to get back out for some hikes soon. We’ve been sticking close to the house the last few weeks working on various projects and honestly, just resting and relaxing! Plus, we’ve had some rain events on weekends as well. I’m ready for a cool down and some backpacking and camping weather!