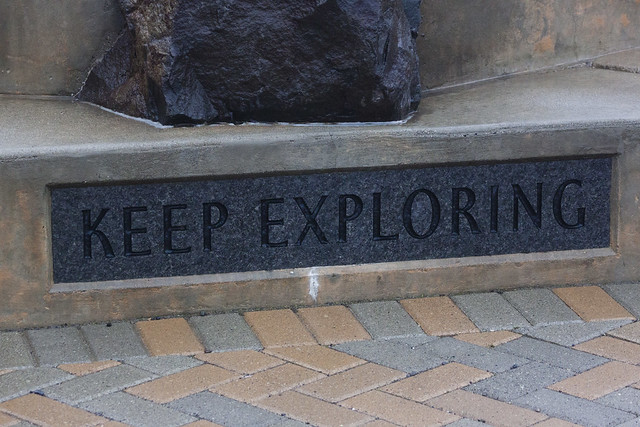 Eventually we made it to the Eielson Visitors Center, where a decent crowd from earlier buses were already inside. Bathrooms, water bottle refilling stations, a gift shop, and other exhibits were open to learn more about Denali. 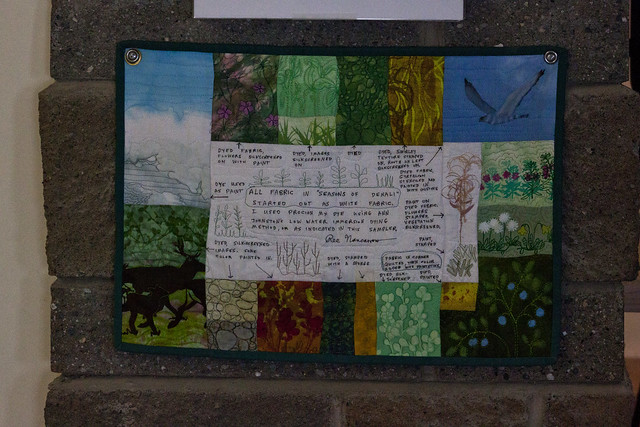 I was captivated by the artistry of these art quilts that captured the essence of the park. I had my long lens on and for some reason I’m not finding a lot of photos that didn’t involve my zoom lens so I guess I didn’t take any phone photos. Why, past self, why???? 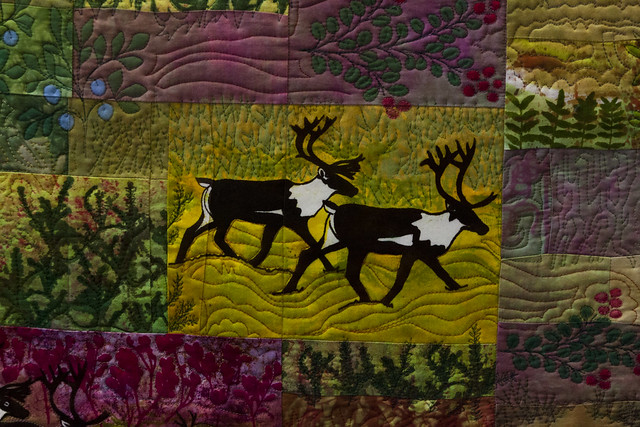 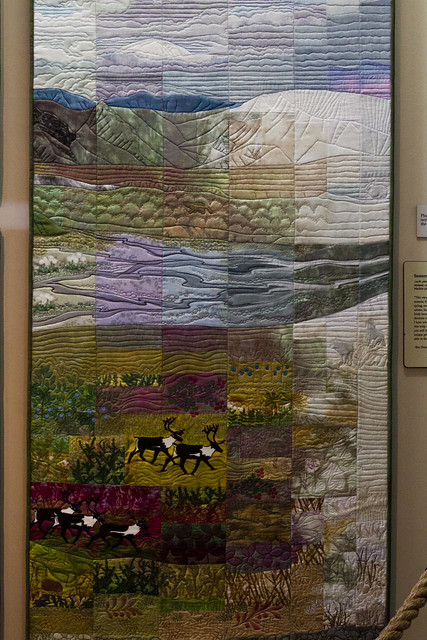 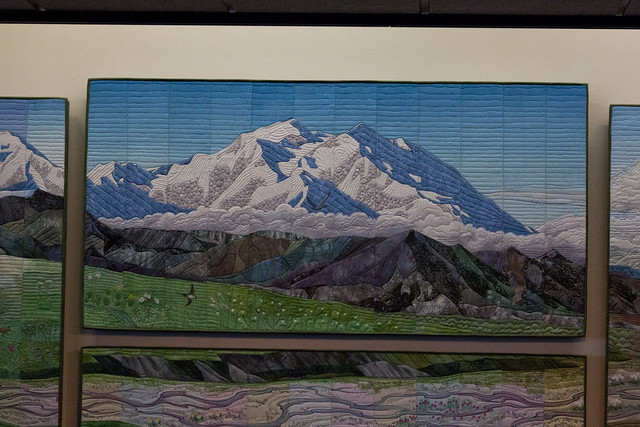 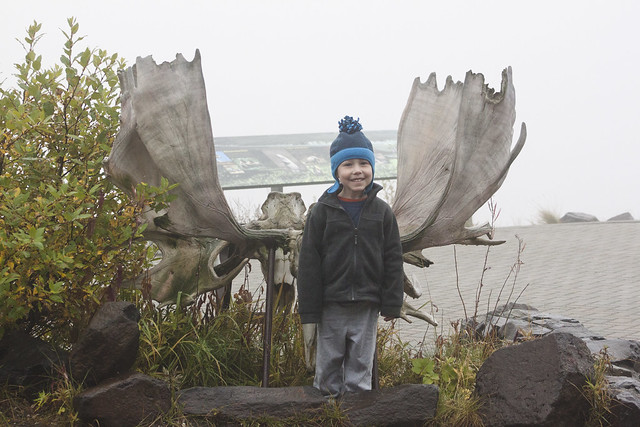 I believe we had about thirty minutes at the visitor center and if we wanted to board the same bus we had to stay within that time frame. 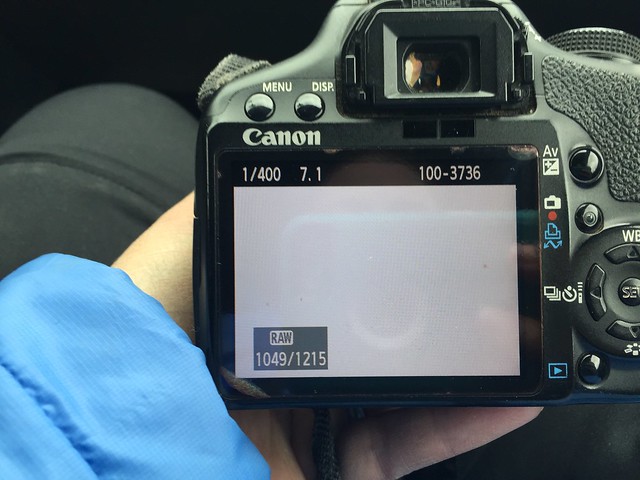 This was our view of Denali! Socked in with clouds! Visibility was very poor. Should visibility have been better I think we would have stayed around the visitor center longer to explore and enjoy being able to see Denali. As it was, we decided to stop back at the Toklat stop and explore the river there. 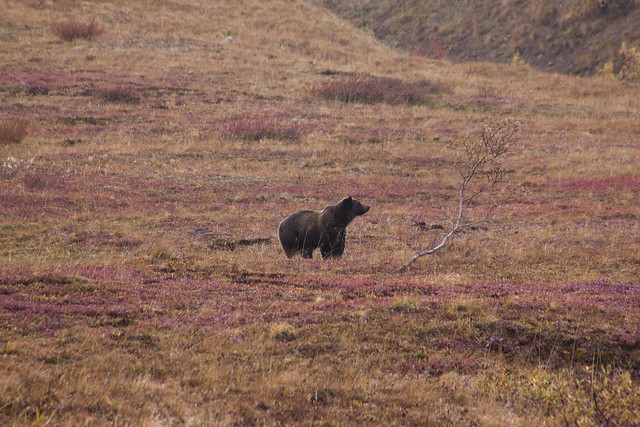 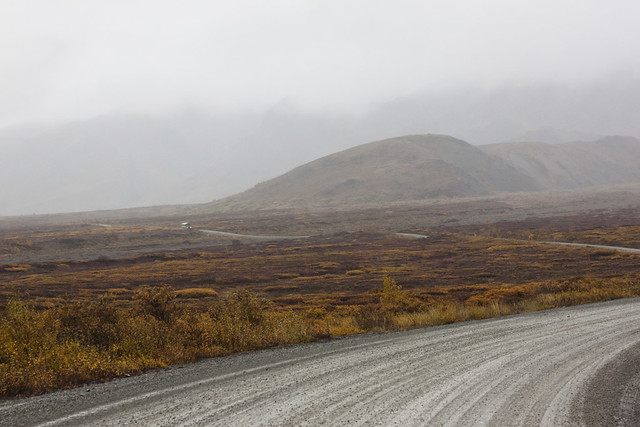 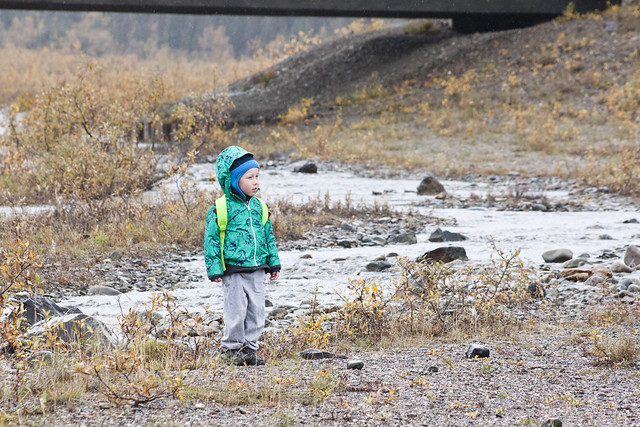 At Toklat we hauled out all of our gear and the car seat and asked if we could leave the car seat in a corner at the gift shop there. When there weren’t any buses it was spectacularly quiet there. 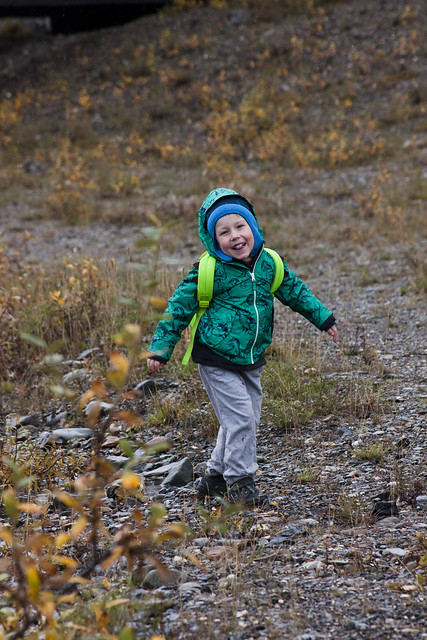 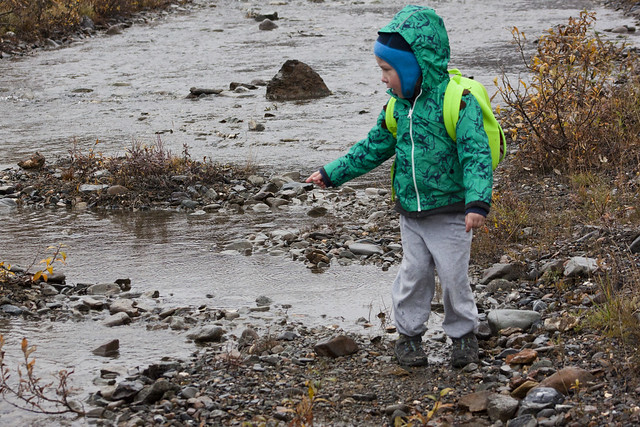 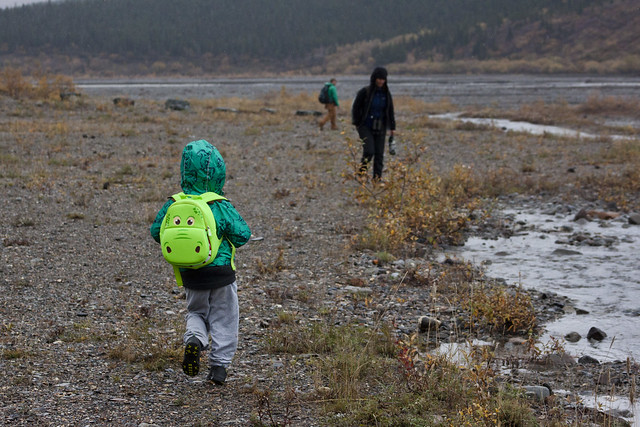 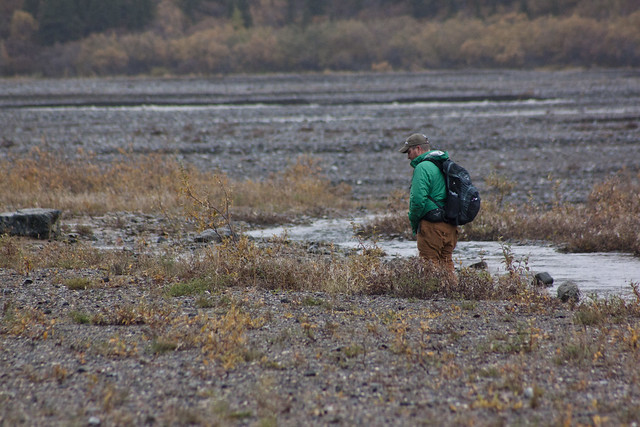 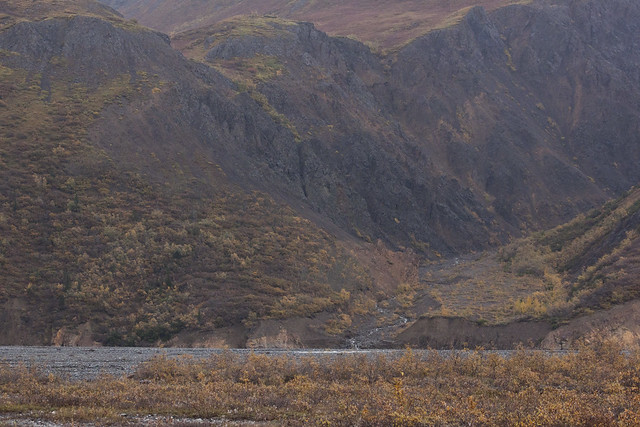 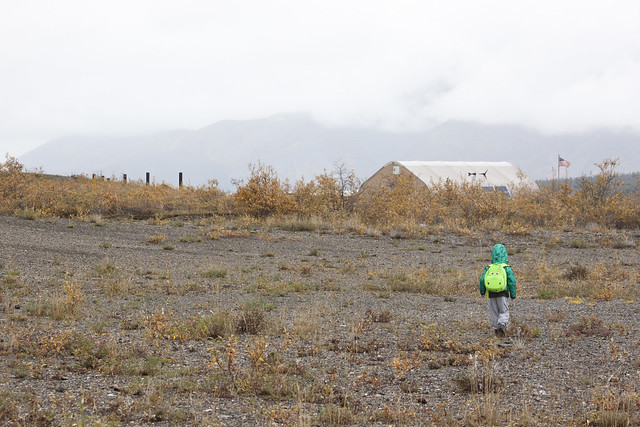 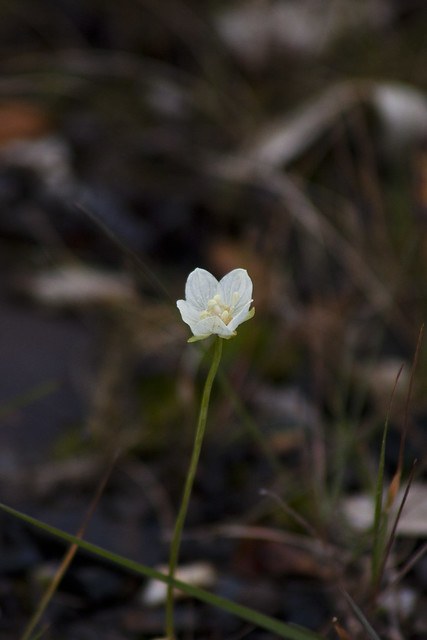 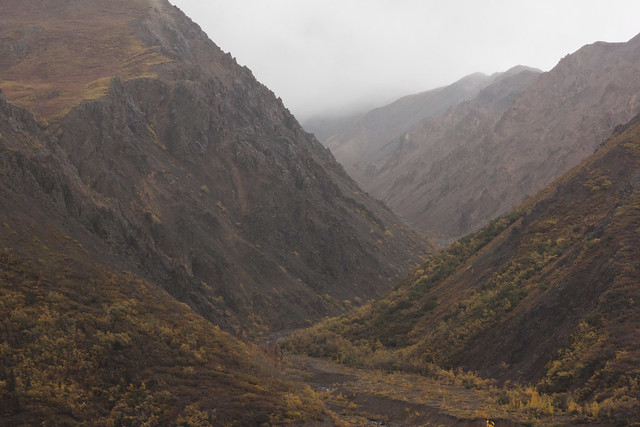 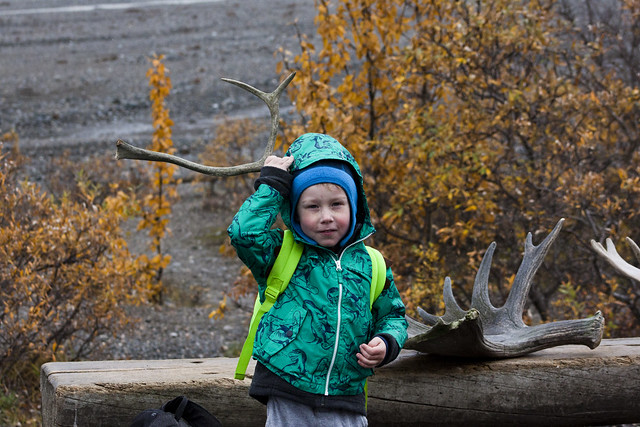 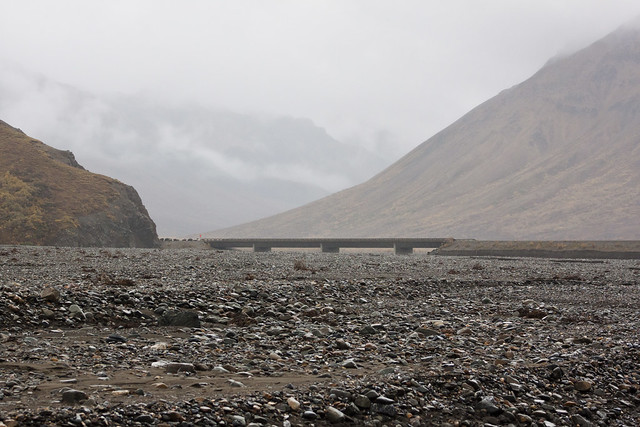 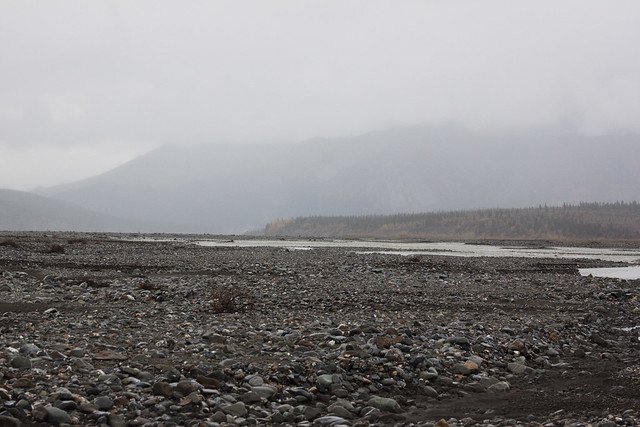 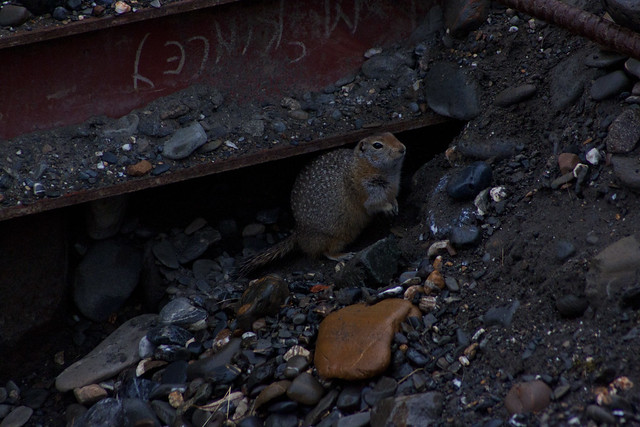 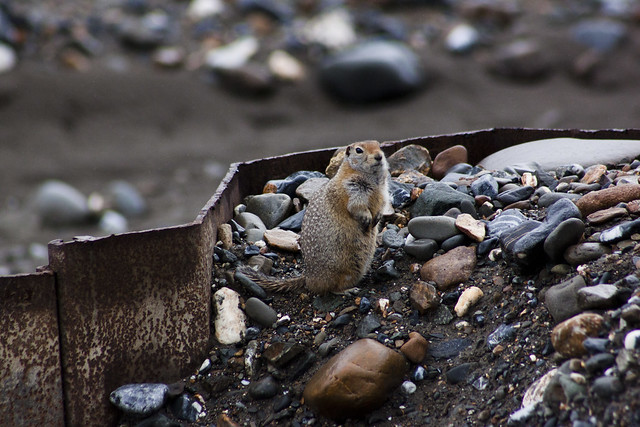 We came around from the river and up an embankment and found this chubby ground squirrel who immediately posed for us in a manner that looked as if he was accustomed to begging for food from tourists. Instead of food I took plenty of photos of him and we moseyed on down the way. 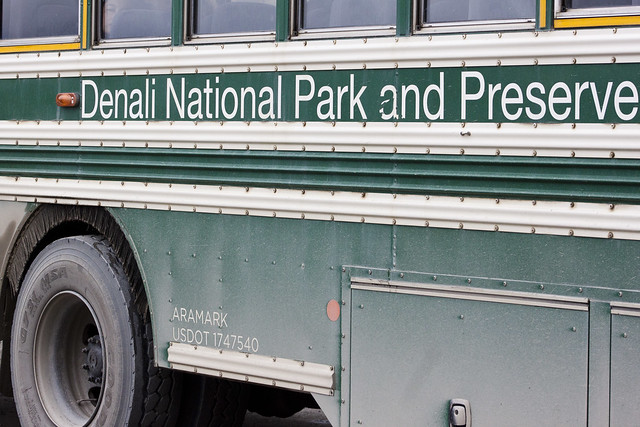 A few buses came through but none had room for us. Eventually we found some room on another bus and made our way back towards the entrance of the park.