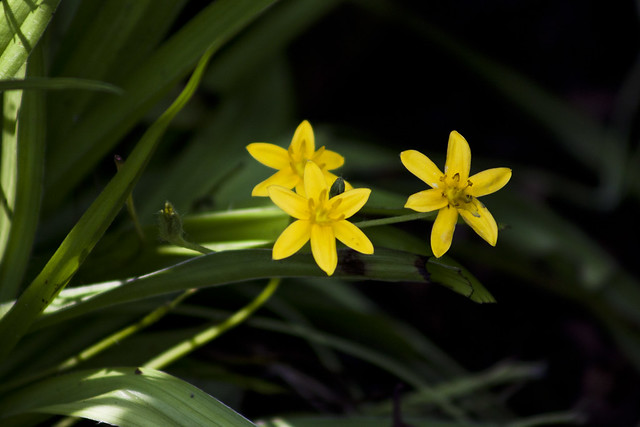 Last weekend I noticed that the mountain mint was abuzz with insects so I grabbed my camera to see what I could a snapshot of. It turned out we had quite a few interesting characters in the garden! 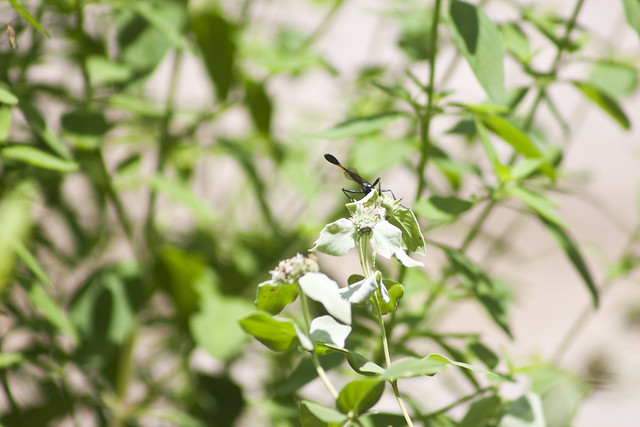 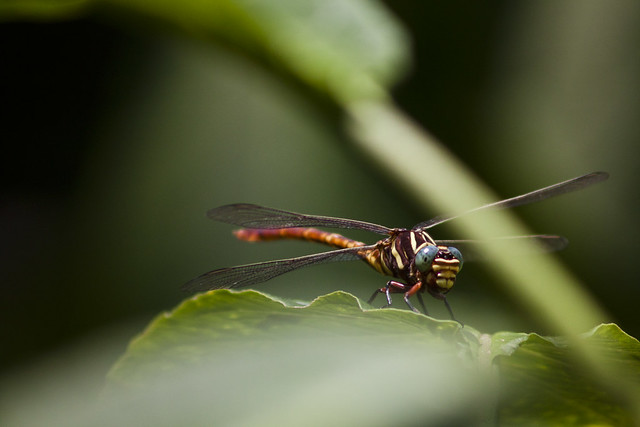 I caught this one out of the side of my eye and thought it was a small bird at first. When it finally settled I realized it was a really large dragonfly and one I hadn’t seen before. Since it was quite distinctive it was relatively easy to figure out what it was when I popped it into iNaturalist. My reading say that it isn’t a species of concern but sightings were scattered in east Texas and along the Gulf Coast with most sightings in central Florida. So, relatively uncommon around here! 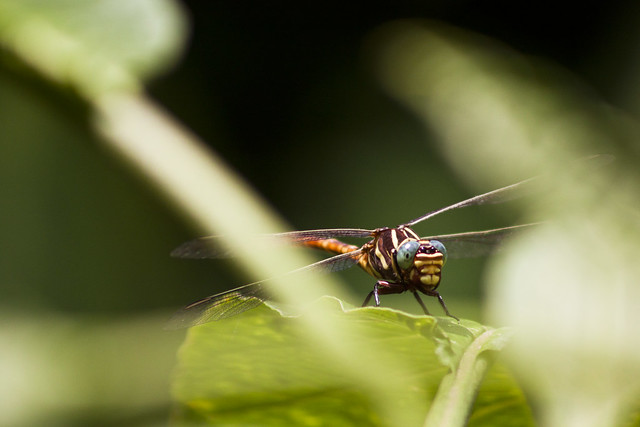 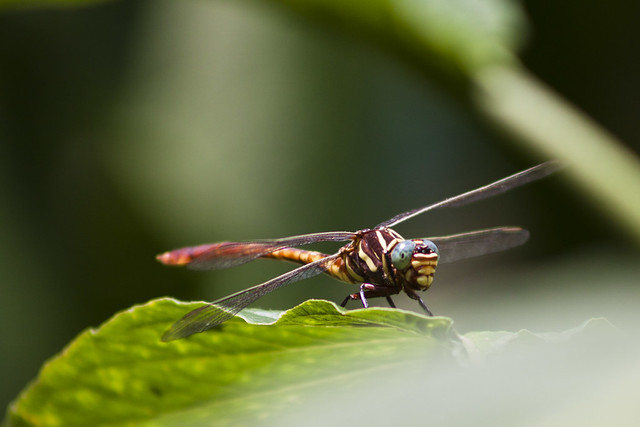 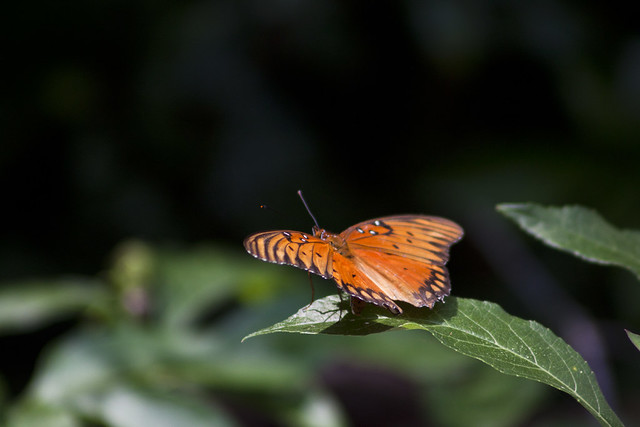 The gulf frits are back in force as per usual for August. We’ve had several transients throughout the summer but their peak really starts happening right about now for us. 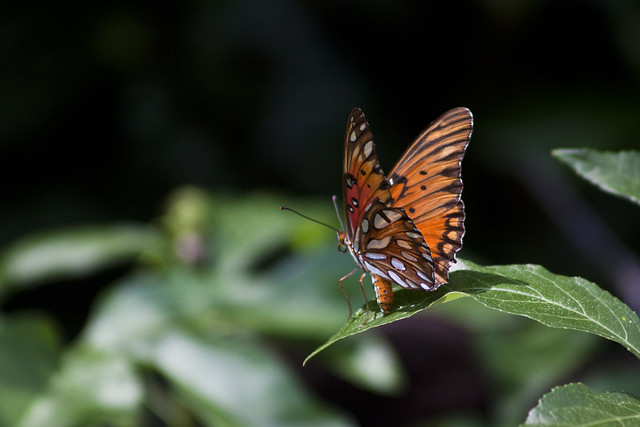 This female was egg bombing the passiflora vine so I know we will have plenty of caterpillars soon! 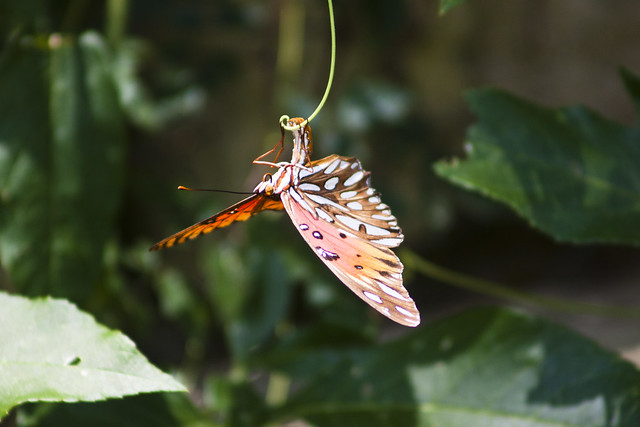 She chose the oddest place to lay her eggs! Seems a bit of a pain to go to this much effort when a fenceline of leaves was available! 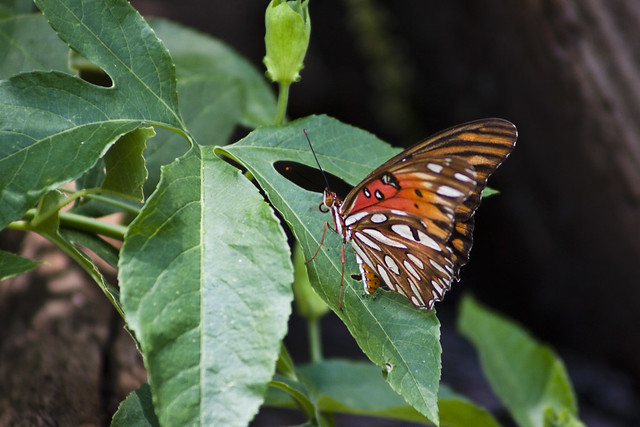 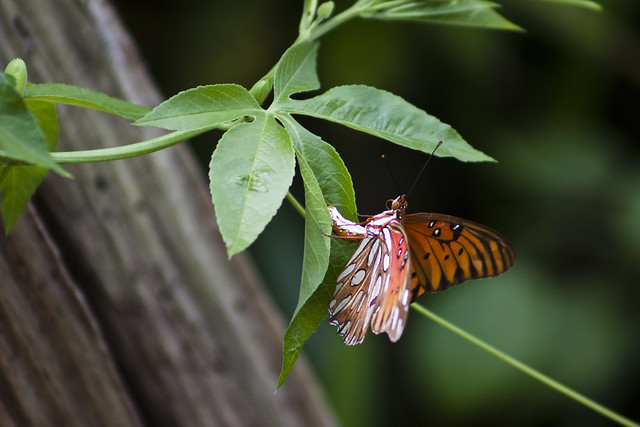 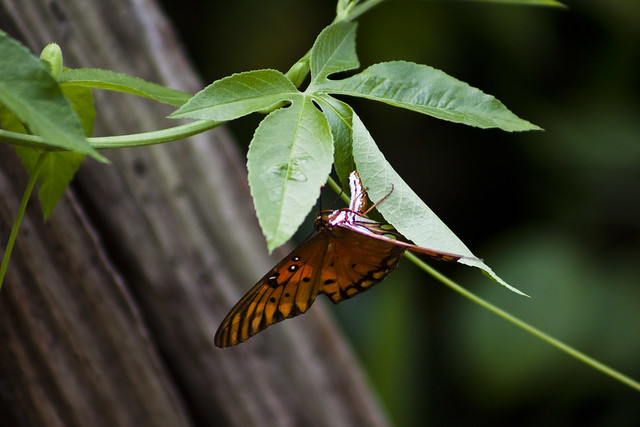 I just love how she’s grasping onto the leaves in these two photos! It makes me see her and all of the other beings in the yard as these remarkable individuals and parts of a community, the circle of life if you will. Doing their own things, living their lives, and interacting with every other creature they come across. It is probably a bit anthropomorphized but I really appreciate them so much! 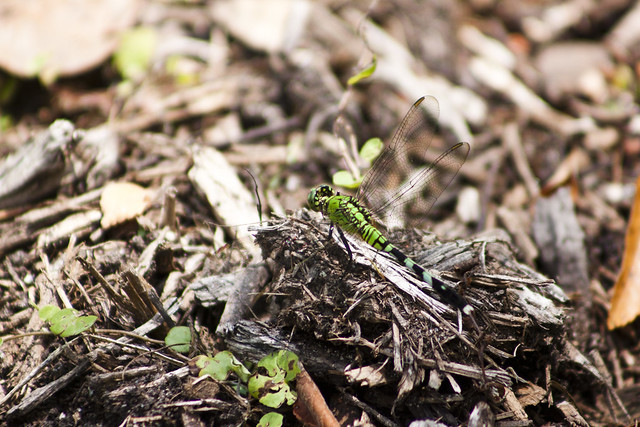 Eastern Pondhawk, Erythemis simplicicollis – A much more common dragonfly to see around here. 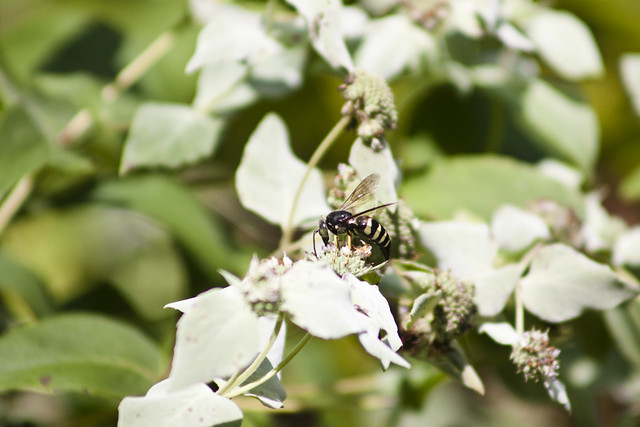 Four-banded Stink Bug Hunter Wasp, Bicyrtes quadrifasciatus — hunt the stink bugs!! This one seems more interested in a sip of nectar, though! 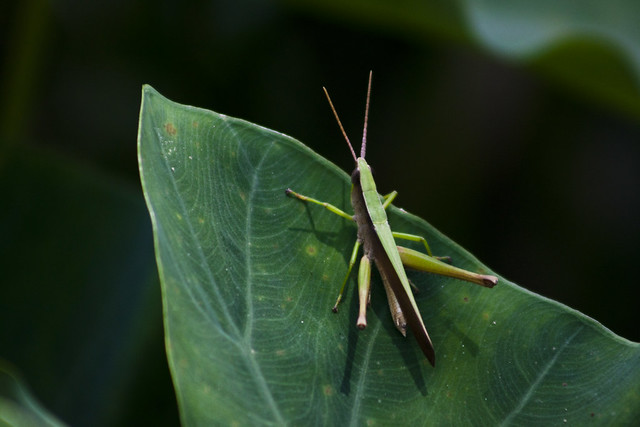 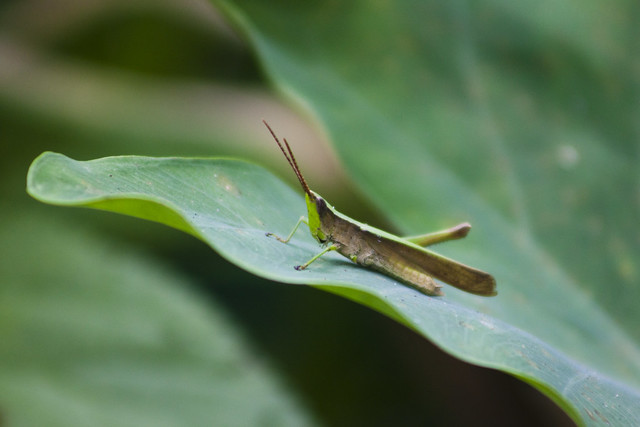 Clipped-winged Grasshopper, Metaleptea brevicornis — sporadic sightings across central and east Texas and throughout the southeastern US. These were found along our pond. 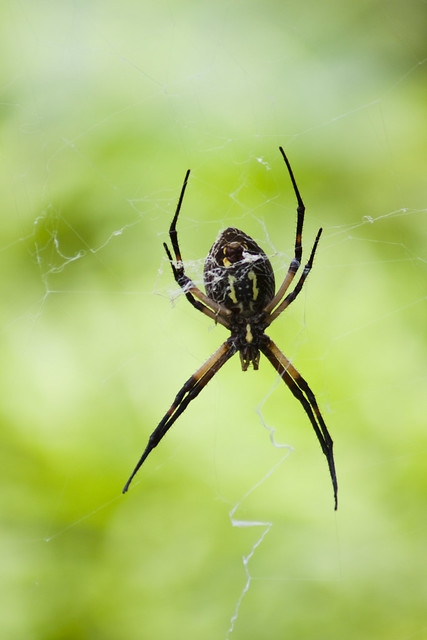 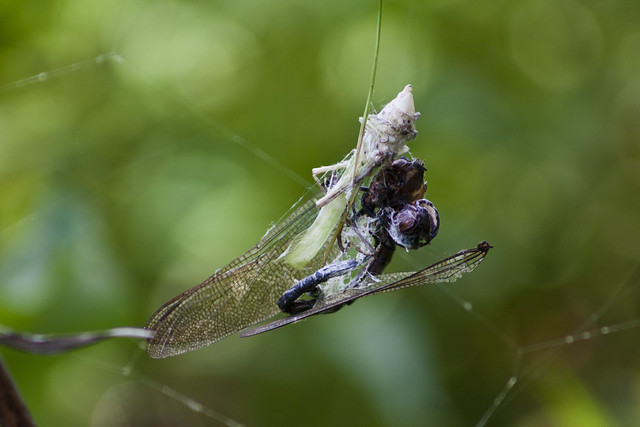 And her dragonfly catch remains in her web! 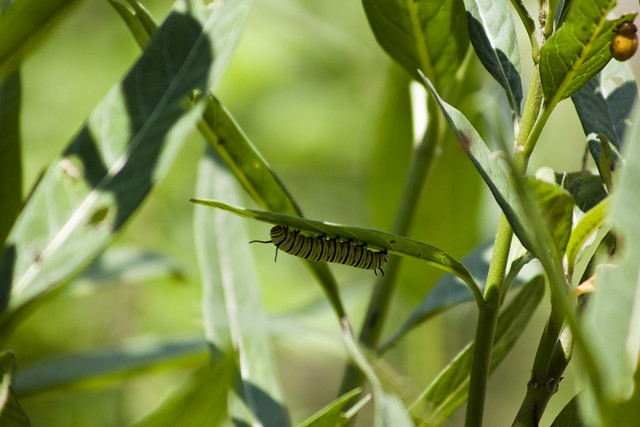 And one of the few monarch we had from a mating pair of adults from a few weeks ago. Which I found the wasps had been picking off and Forest and I watched it happened in action twice! I ended up saving two of them and putting them in the cage to let them finish out their larval stage.

I later learned the wasp chews up the caterpillar, rolls it into a ball, and then takes it back to the nest for the larvae to eat! I knew wasps were a major predator in our garden, they are constantly patrolling, but hadn’t realized how quickly they take down caterpillars! It was very interesting and sad at the same time!

I will probably get back out there this weekend to see what else I can see since it is high summer and everyone will be making the most of nectar and availability before the season changes!