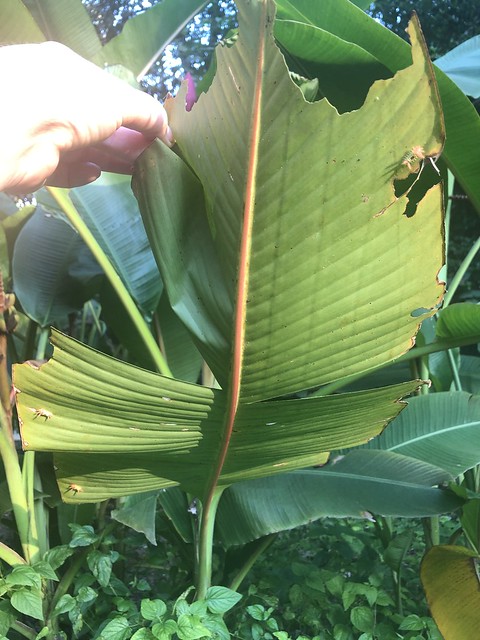 There are three saddlebacks on the backside of this banana leaf—but we actually found a total of four later on! 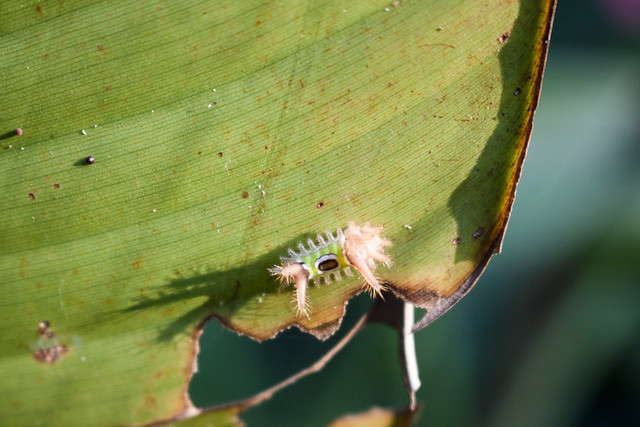 I have always wanted to see a saddleback caterpillar, Acharia stimulea, in person. Chris found one in the field a few years ago and texted me a photo of it and that has been the closest I’ve ever come to seeing one. 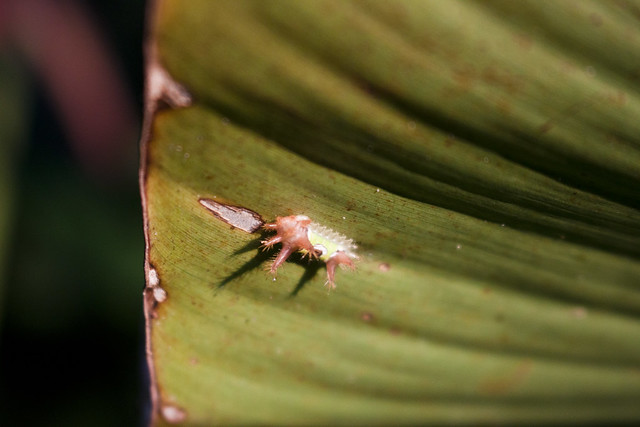 Last week that changed. Forest and I were in the garden and he was asking for some of the small bananas that fruit on our pink banana trees. He likes to play with them and has since he was a toddler. So, I walked into the flower bed to grab some and on the way my right wrist grazed the side of one of the leaves and I felt something poke it. I paused because it was weird having something sharp on the end of a banana leaf and thought it was a pine needle or maybe a piece of a pine cone or tiny twig stuck that jabbed me. 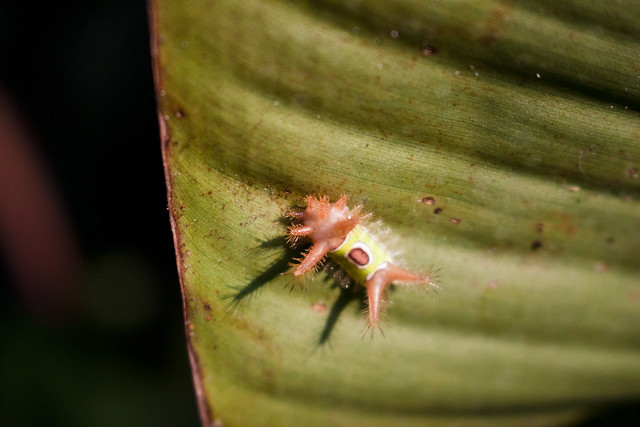 It kept stinging and so I flipped the leaf to see what had got me and was face to face with a younger instar saddleback caterpillar! Imagine my shock to see that! The sting continued so I went inside to rinse it off and it felt better. Forest and I returned to get a better look at the caterpillar and then we found two more! 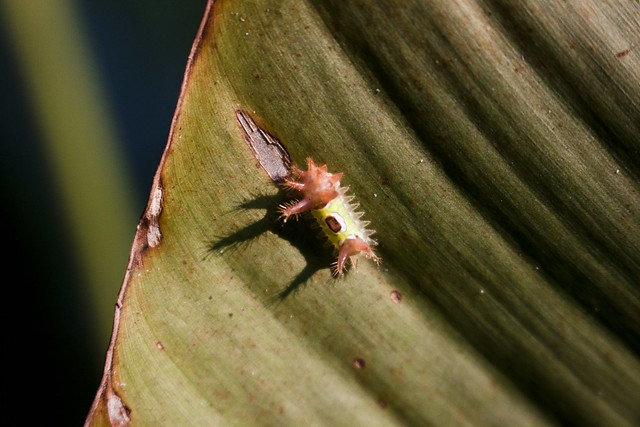 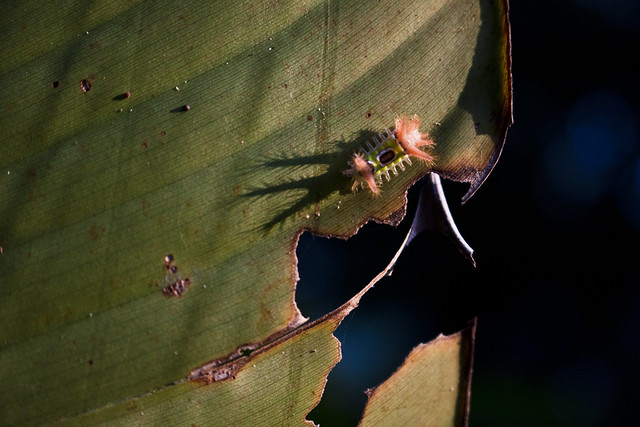 I don’t have a photo of all four that we found but Forest and his keen eyes found the fourth one the following day! I’ve been keeping tabs on them all week but about two days ago we went down to one caterpillar. I’m not sure if wasps or spiders got the other three or if they moved on—I’ve been surveying leaves but not finding them—but I’m hoping I can watch this last one long enough to see where it pupates eventually. 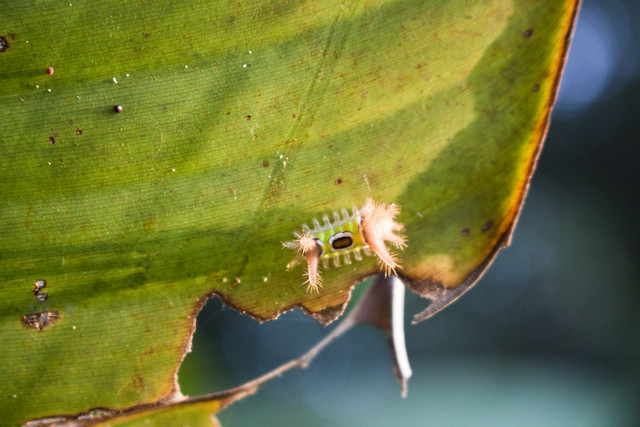 It seems larvae need four to five months before they pupate so it is possible they have been around all summer over there. And they are quite the generalists when it comes to host plants and will eat a range of different plants. (More information here). 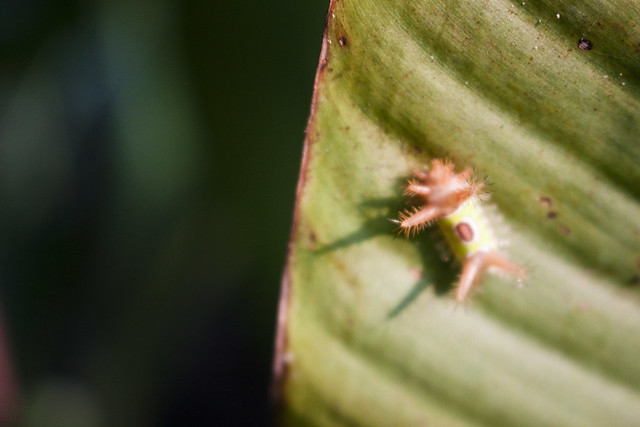 They are gorgeous caterpillars and I’m glad I got to see them up close! I do wonder that if the adults have finally found the garden if that means we are likely to have more instances of occurrence in the future? As in, do I need to be more careful in the garden?