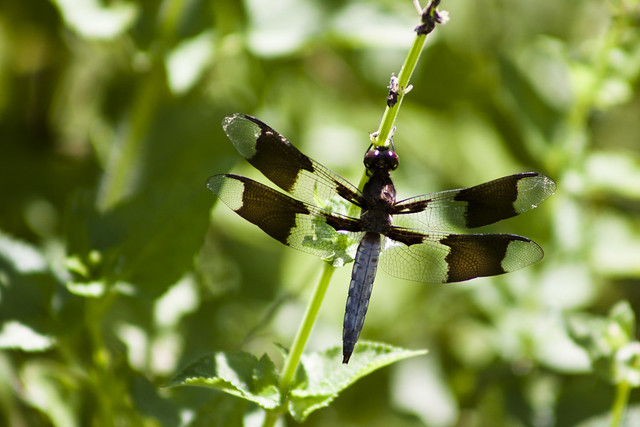 Common Whitetail, Plathemis lydia
If early summer felt like a bit of a drought in regards to pollinators, August and September always make up for it. This, I should know. And back with a fury they came! 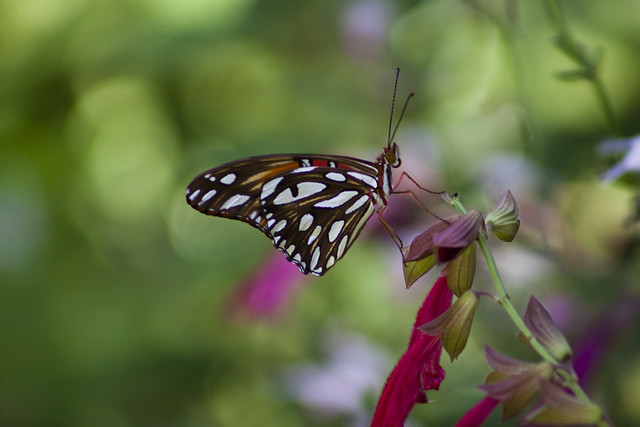 The gulf frits are busy as ever, searching for nectar, laying eggs, and generally enjoying life in the yard. 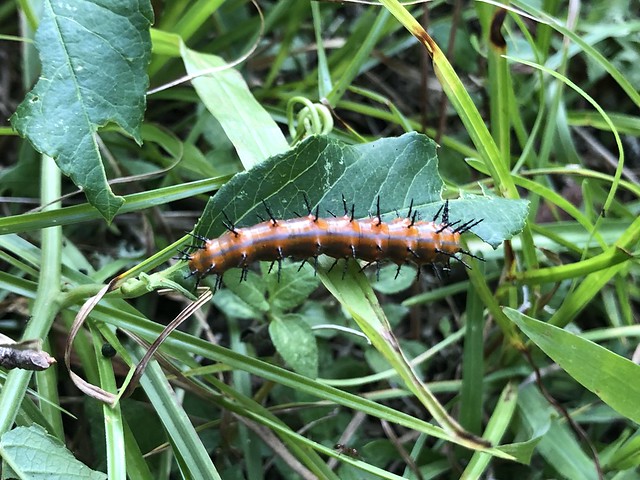 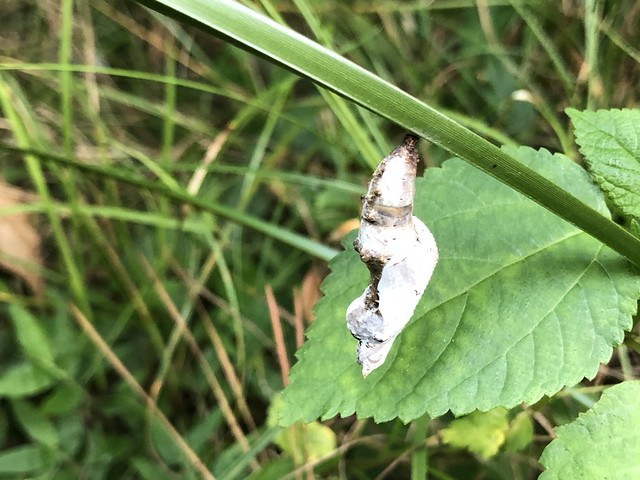 I even happened upon a chrysalis by chance one day–I looked over and there it was! 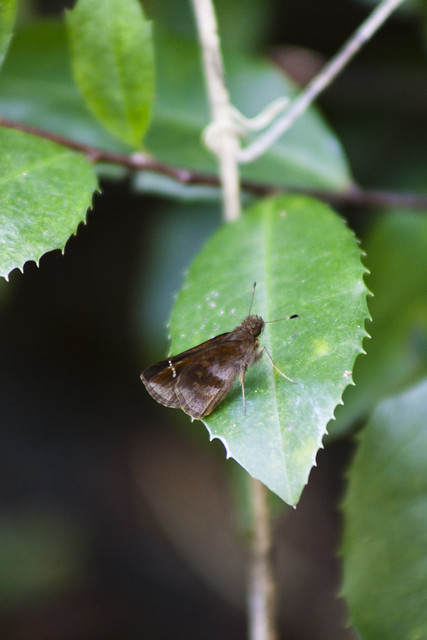 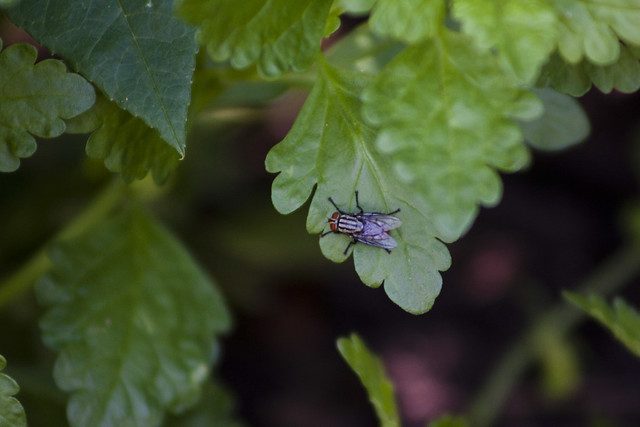 And a good old house fly, Musca domestica, sat still long enough to show me it wasn’t a nasty old bugger and instead was a pretty insect worthy of posing for a photo! 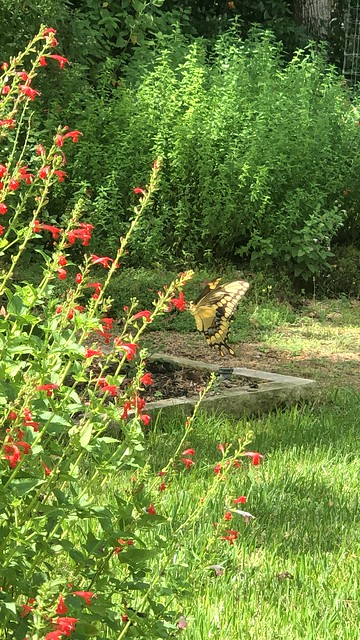 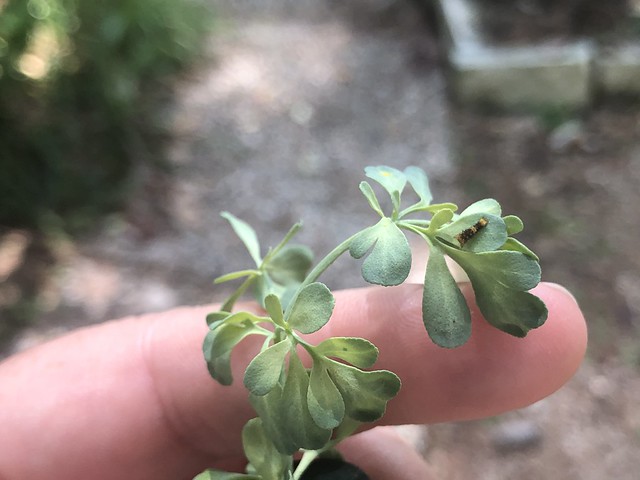 The giant swallowtails are out in force, some of the most abundant I have seen them here. They bounce through the yard searching for plants to lay eggs on and then go off in search of nectar. As of tonight we now have 8 caterpillars that I am raising on some rue. Forest and I collected 7 eggs on the rue and brought them in to raise and they have been doing great. Tonight I was inspecting for more eggs and found a caterpillar I had missed last week when collecting eggs and now it is in the cage with the others. I will be curious to see how they do over the coming weeks and if they decide to hang out in diapause in the cage or eclose before winter. 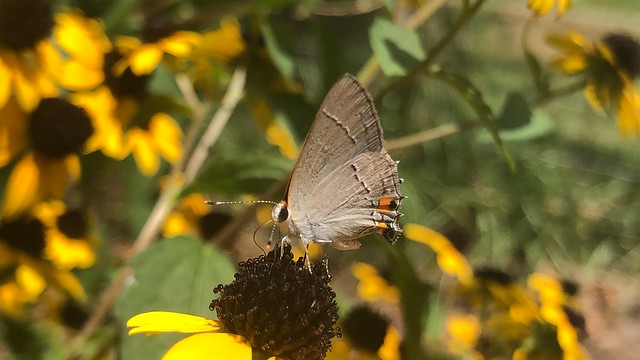 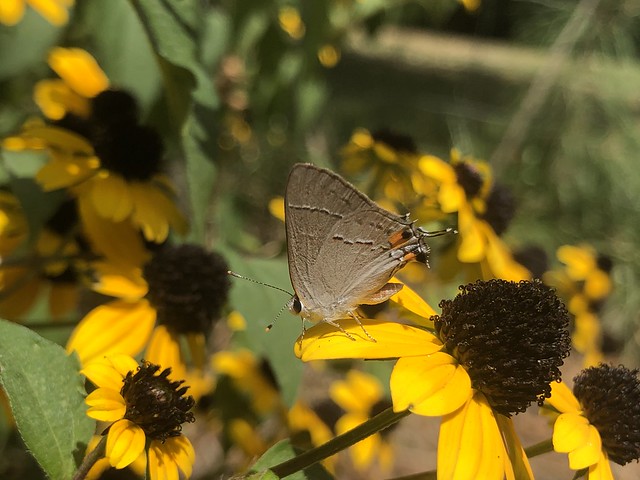 The rudbeckia out in the edible garden provided a nectaring source for this Gray Hairstreak, Strymon melinus, a week or so ago. 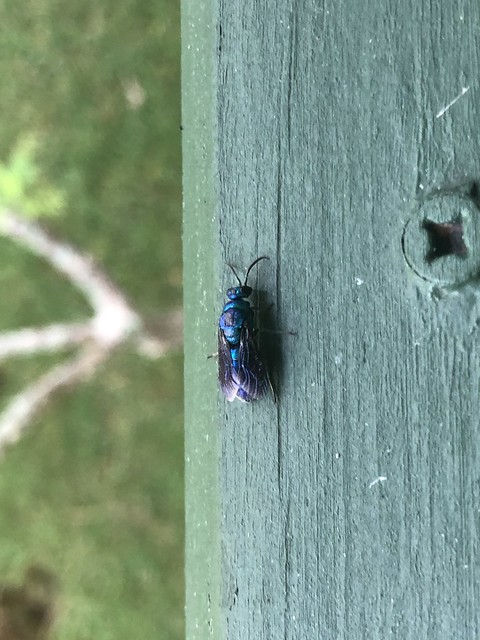 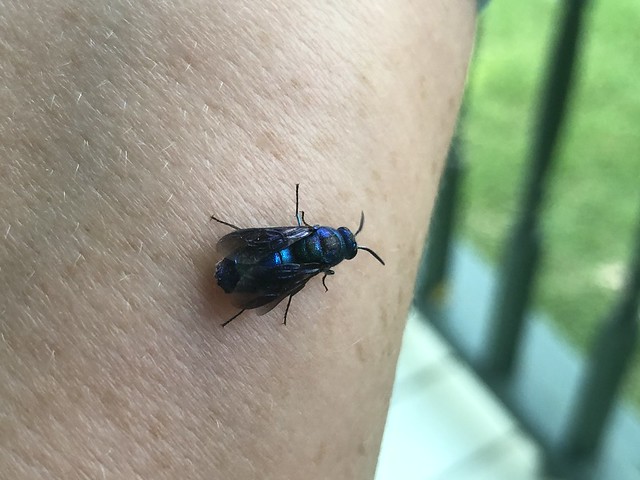 Now this insect was a stumper for me. Forest found it in our bedroom and I put it outside. It was incredibly docile and had no problem chilling on my hand until I let it out. Even then it was reluctant to leave my hand and stay on the railing. As it turns out, it is a cuckoo wasp, native to the Old World and likely introduced here after WWII. It seems they live their life as parasites of wasp nests. If I had known they weren’t native and they worked off of being a parasite I would have probably killed it but I thought it might have been some kind of native bee. 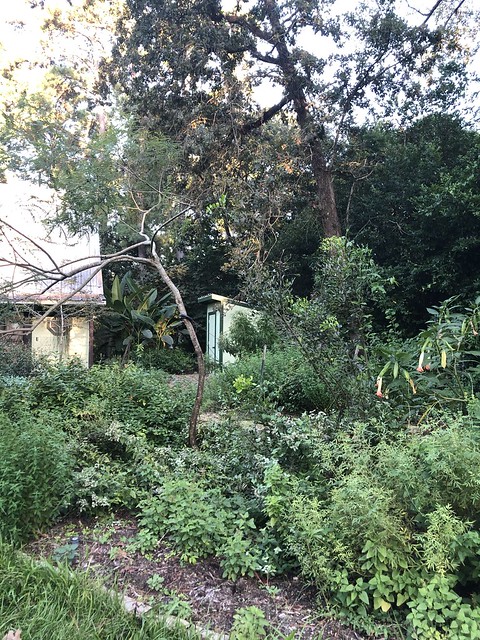 A glimpse of the garden in late August—wild, a bit dry, but thriving.