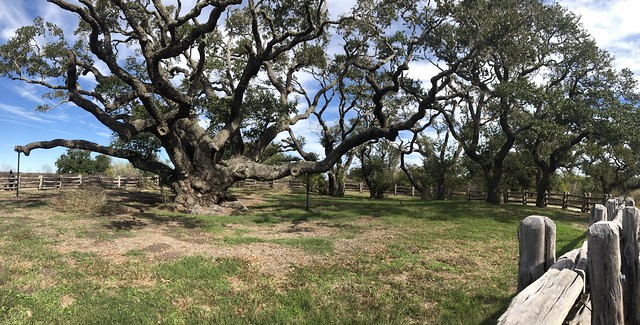 We checked in with an old friend yesterday, The Big Tree, aka: The Goose Island Oak. We hadn’t been by to see it since Forest’s second birthday, before Hurricane Harvey. Of course, we had plans to visit the year he turned three but Harvey struck the week before and shattered those plans. And it has taken us this long to get back down to Rockport. 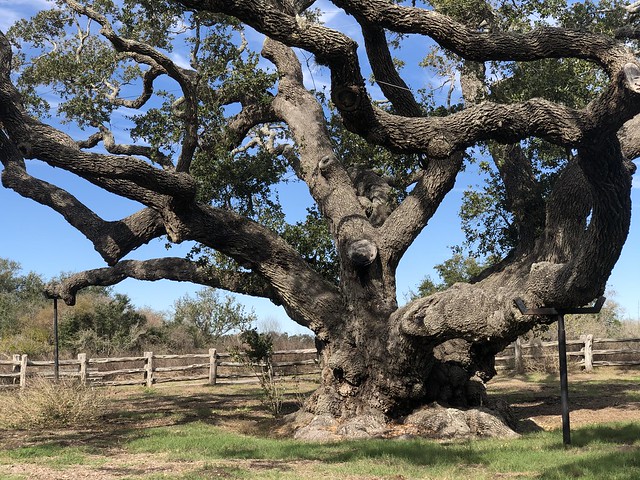 She’s showing signs of wear and age but thankfully there’s a team working to keep her going after all these years. 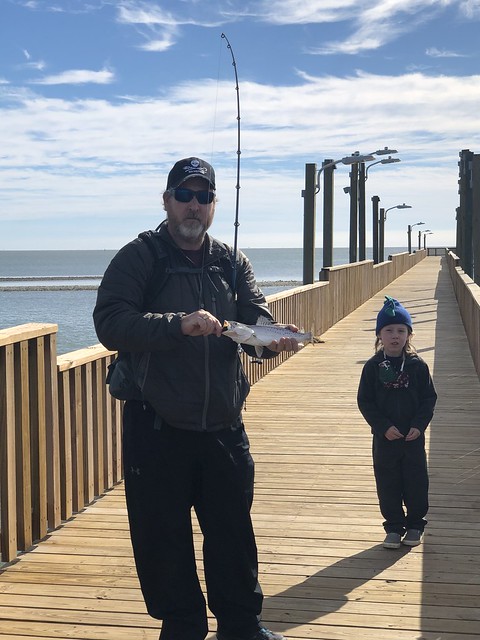 Before we made it to the oak, we stopped into the main area of Goose Island State Park to walk around and go out on the recently rebuilt fishing pier. Harvey also decimated that. I had forgotten how shallow it is out there, plus it was low tide, so we were able to go out on an oyster bar about mid-way down the boardwalk from some stairs that lead there. 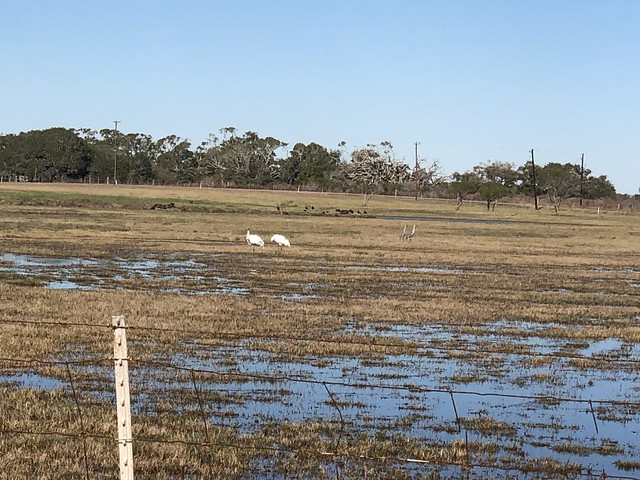 Over near The Big Tree, Chris spotted two whooping cranes in a field with a group of sandhill cranes! I haven’t seen a whooping crane since 2009 when we were lucky enough to see them at Payne’s Prairie in Florida. I, of course, have some better photos with my camera and will share those when I get them processed. It was easy to spot the bird nerds in the area because a line of cars pulled off the side of the road and gazing across folks’ wet pasture was the giveaway. Chris and I joked that it was basically like looking for bears in Yellowstone! 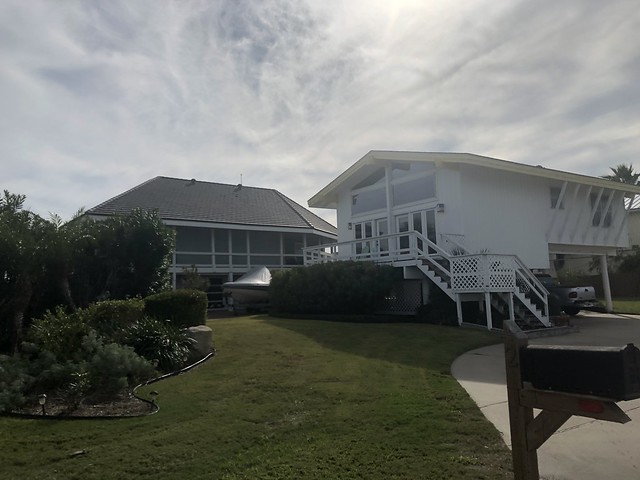 Afterwards, we tinkered around in Rockport to get lunch and ate it at the Rockport beach park. I had Chris drive by an old beach house that my parents used to rent in the 80s and 90s over on Key Allegro. It is one of the smaller houses over there these days and the oyster beach across the street now has a house on it. I was hoping Zillow would have photos up so I could take trip down memory lane but I don’t think it has been sold in many years, so no photos. Next time I am at my parents house I will have to dig out photo albums! On our way back up the coast to Aransas National Wildlife Refuge we took the Fulton Beach road and passed many old haunts, including the Boiling Pot and Charlotte Plummer’s restaurant—which were both pretty busy. It was good to see the Fulton Mansion still looking good post-hurricane. And there are certainly far more houses along the wind-swept oak mottes than there used to be on that road. I remember it being quite desolate on the Copano Bay end of the road, but now, lots of development. 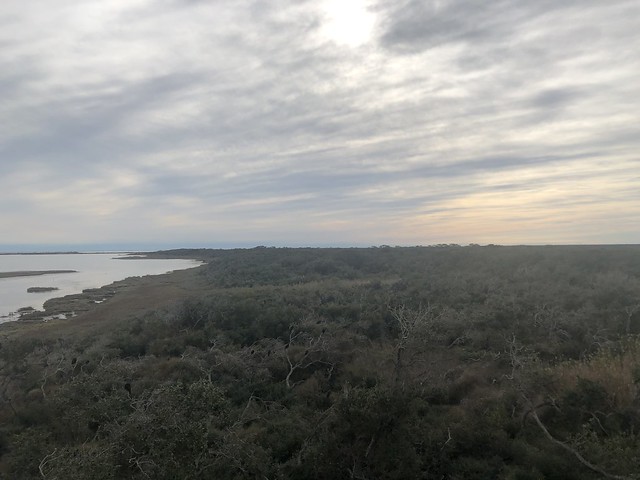 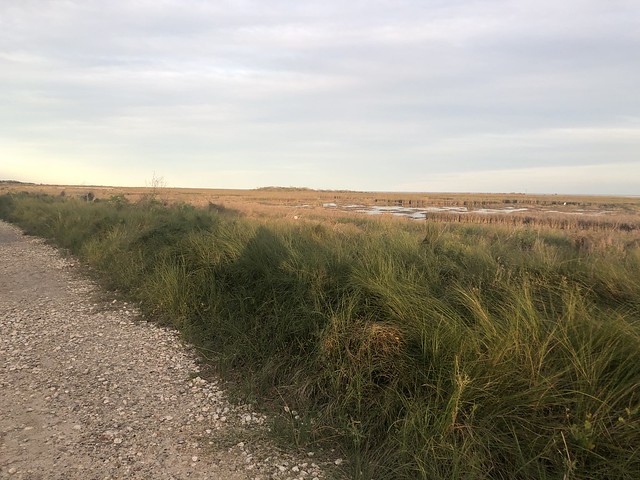 The refuge had a decent stream of cars, most congregated near the entrance of at the viewing platforms near the bay. Chris recently bought some lanyards to hold Forest’s mask while he is in school. I put lanyards on both Forest’s and my mask and it made it infinitely easier to deal with on the trail than pulling it out of a bag or pocket when people came around. And there were actually more people around than usual on a trail so we left our masks on for the most part on the few trails we did go down.

Towards the end of the day Chris spotted two more whooping cranes in the far distance down one of the marsh trails but we were running low on time and didn’t have enough daylight to get down to the end for a closer look.

It was a long day trip and I hope we can make another trip down to just the refuge again soon. We may have to do a camping reservation at Goose Island State Park so we have more time.