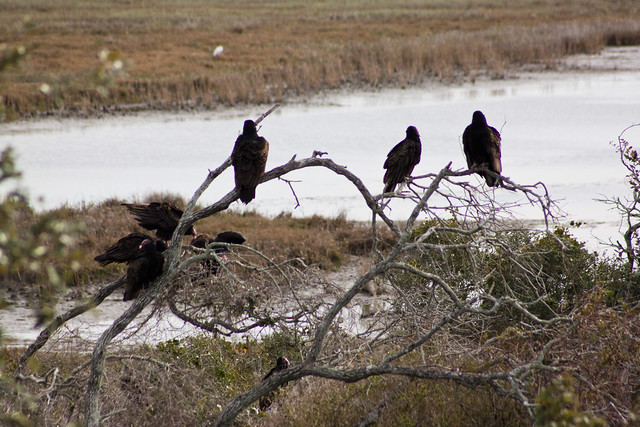 We arrived at Aransas National Wildlife Refuge far later in the afternoon than I think we had expected. After leaving the house very early for the long drive down to Goose Island State Park and tinkering around there, plus a detour into Rockport for lunch which left us sitting in an obnoxiously long McDonald’s drive-thru line (thanks to a kiddo who only eats McDonald’s nuggets), and then eating said lunch at the Rockport beach park, we arrived at Aransas in mid-afternoon. Our first stop was the observation tower at the end of the road where, of course, a large group of people were already there. 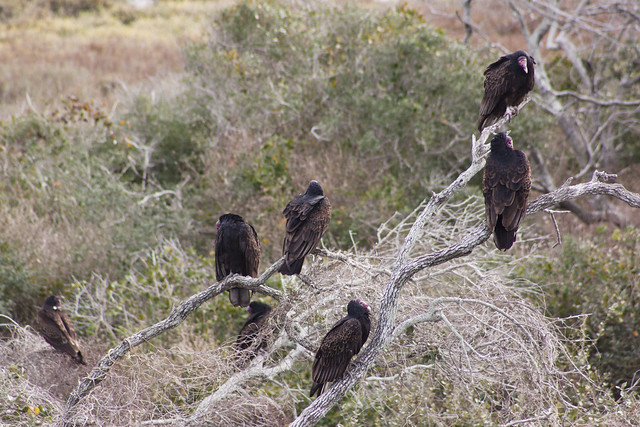 A photogenic group of turkey vultures (and maybe a black vulture tucked in there, too) roosting. 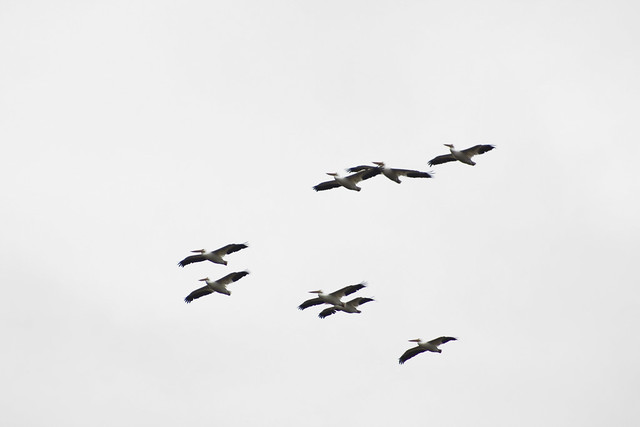 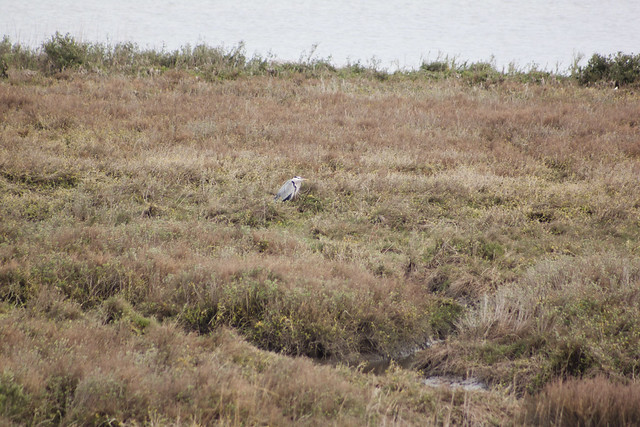 A great blue heron waiting patiently for a meal in the marsh.

And if it had been a few months ago we would have completely avoided the observation tower due to the crowd. But in the last few months we’ve started wearing masks outdoors while hiking around people instead of trying to just distance ourselves, so we put the masks on and made our way up the tower. Thankfully, most folks were coming down and we had the top of the tower to ourselves for about ten minutes. We had a stellar view of Mustang Lake, and beyond that, Ayres Bay. The Gulf Intracoastal Waterway (GIWW) wasn’t very far away so we watched shipping traffic traverse through while various birds flew overhead. 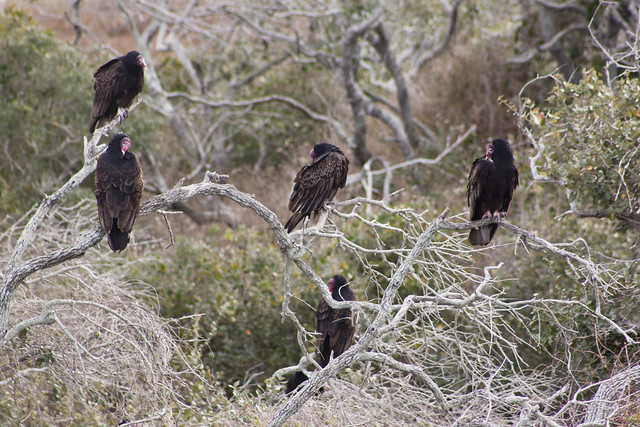 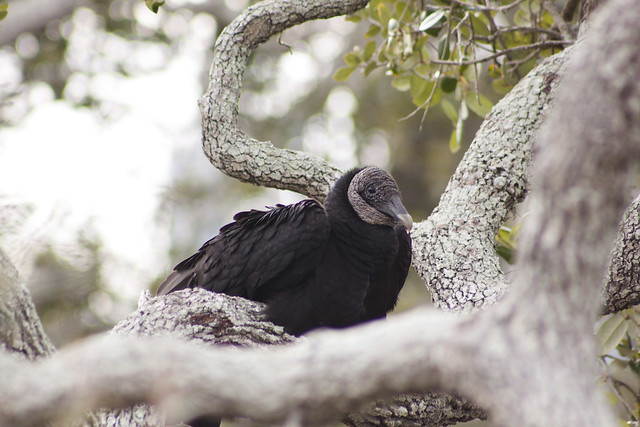 After our trip to the tallest observation deck we bopped into the smaller one where a black vulture was perched cozily on an oak limb next to the boardwalk. 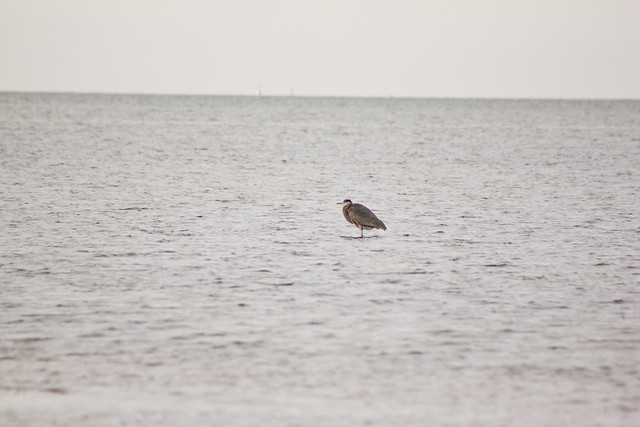 We continued down the boardwalk to a stairway that leads down to a small beach full of broken oyster shells and marine debris, to scope out what had washed ashore recently. Eventually we wound our way back down a connecting trail to the road and back to the car where we set off on the one-way scenic drive through the refuge. 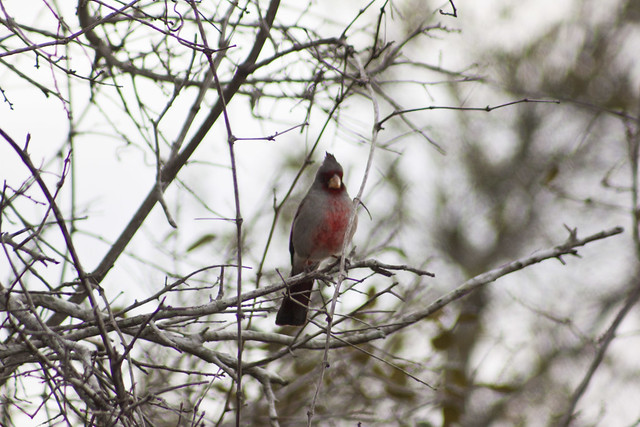 About halfway through that drive, Chris spotted a bird hopping on the ground adjacent to the road. The sun was inching closer to the horizon and shadows were cast along the grass and I couldn’t see what Chris thought he saw. He slowly drove the car closer and it eventually scared the bird into the tree where Chris confirmed his suspicions, it was a pyrrhuloxia, Cardinalis sinuatus. We had seen them at the Davis Mountains and didn’t realize their range came this far east, but it does, just barely. 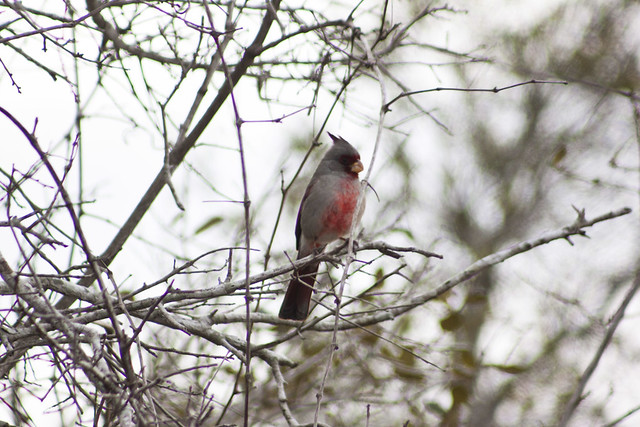 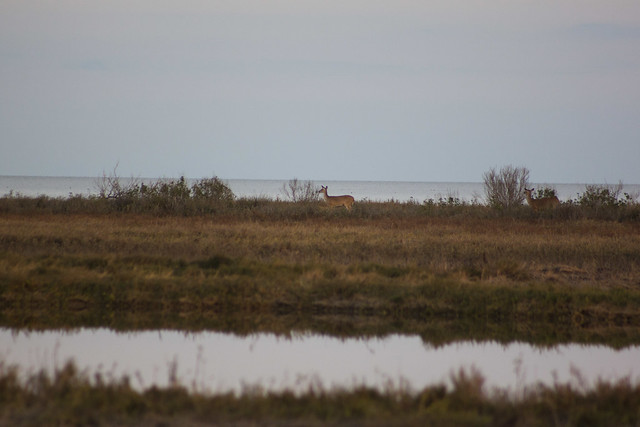 The sun was setting quickly but we made time to stop at the Heron Flats trail on our way out. Thankfully it was breezy and the mosquitoes weren’t bad. I imagine this trail is rather buggy later on in the year. We walked down the trail for a while and eventually deer started emerging from an oak motte on an upland across the marsh near the bay. 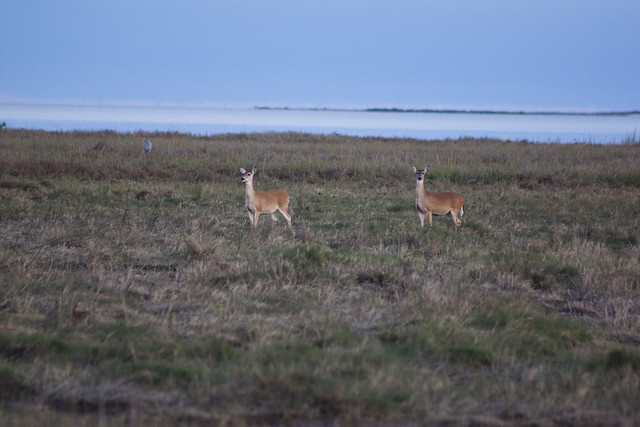 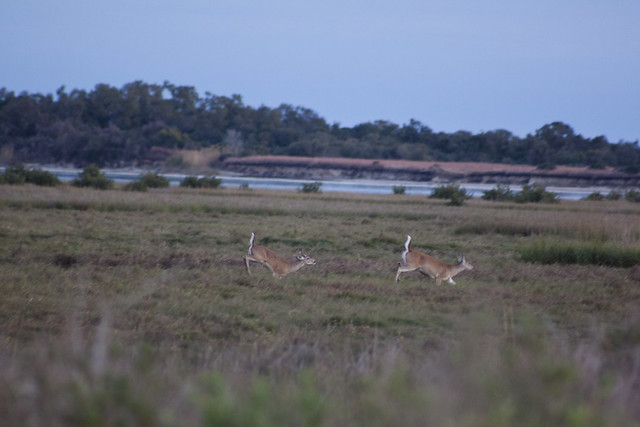 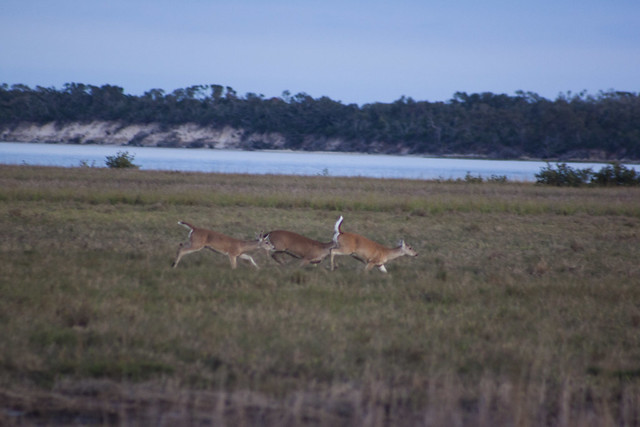 And another herd of deer emerged in the marsh from the direction of the entrance to the trail from where we had emerged earlier. We watched them for a bit but they were spooked by us and ran back through the marsh to hide until we humans returned to our car.

It was a very short trip and we have plans to return in February as long as the weather holds.

One thought on “Aransas NWR at New Years”