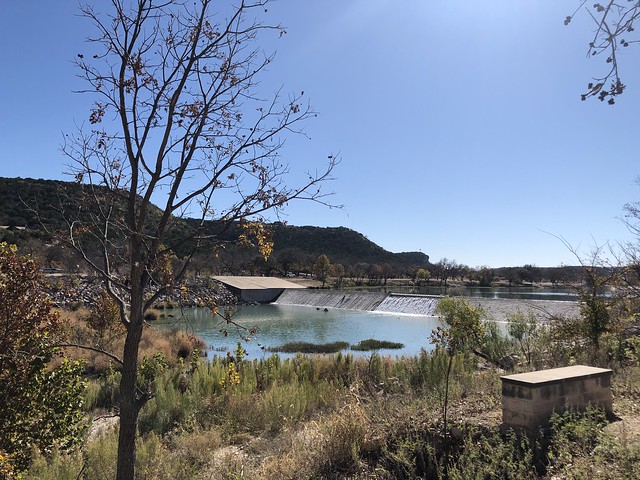 I realize I haven’t finished writing about our time camping and hiking at Guadalupe River State Park over Thanksgiving but I’m going to transition to a stop-over between that state park and South Llano River State Park, where we spent the second half of our camping excursion. Junction, Texas is a hill country town without the glitz and glamour of being a hill country town like Fredericksburg, Boerne, and similar have turned into. I mean, I love those places and cannot wait until I can be a tourist again and shop in little boutiques and enjoy local restaurants. Junction still has that small-town farm life feel, though it is a popular stopover for folks driving on I-10 because it is the last major outpost for a few hours if you are heading west.

We had a bit of time to kill before we could get into the state park because they had been closed for hunting the previous few days and weren’t reopening until after lunch. Normally we would have eaten at Lum’s BBQ and lingered for a while and then stopped into the Lone Star Gallery next door to walk around, but we knew that sitting indoors to eat was not going to happen for us. However, I did have it on my agenda to go inside the gallery by myself. The gallery has all sorts of items for the home from pottery to handmade soap. My goal was the soap, so I dashed in and bought several bars of soap. Ever since I found the soap here on our first trip about five years ago, I have made a point to stock up. They have large bars of handmade soap that last for-ev-er and they are far cheaper than handmade soap you would find in a town like Fredericksburg or just about anywhere else for the size you get here. Plus, if you cut them in half, they are easier to handle and now you have two soaps for the price of one and really, it is such a bargain. So, I ran in (no one else was there) and grabbed some soap plus a few more for Christmas gifts and got back into the truck. Instead of Lum’s, we found Junction Burger Company which ended up having a drive-thru and it made things so much easier than having to run inside and pick up a to-go order.

We had lunch over at Schreiner Park, near where the South and North Llano Rivers join and become the solo Llano River as it flows north and joins with the Colorado River in Kingsland. There were a few folks playing frisbee golf and others traipsing through the brush to head down the slope of the bank to check out the gravel bars and see what was going on down near the river. So, after lunch, that’s what we did. 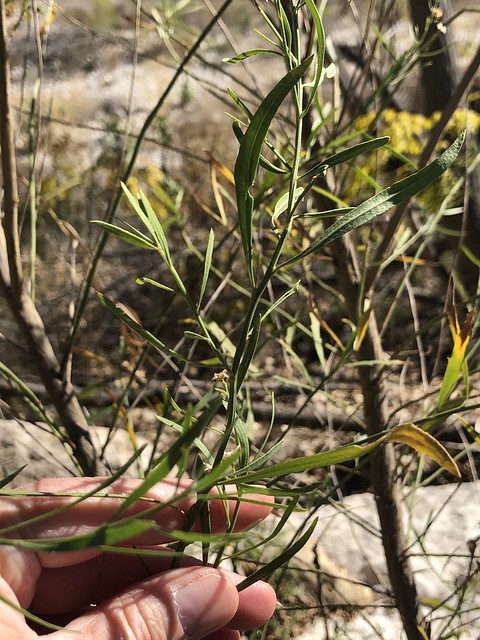 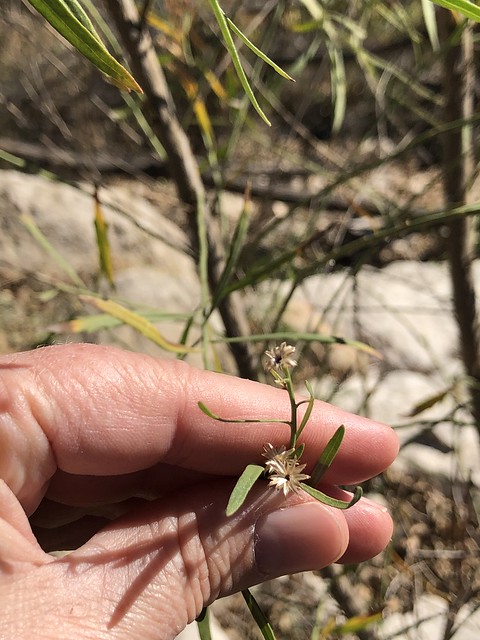 In my part of Texas, I am mostly used to seeing Baccharis halimnifolia but in the hill country there is Baccharis neglecta, poverty weed, but also Willow Baccharis,
Baccharis salicina, which is what this particular plant was. It took me a bit to suss it out and decide that is what it was but thankfully the flowers are distinct enough that it helped in determining the identification. 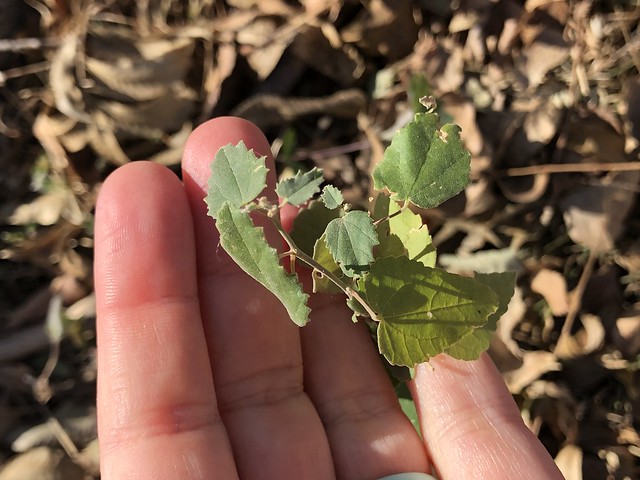 At first sight, this park seems rather drab, and it kinda is. But there was a surprising amount of interesting things to find if you just looked a little closer. 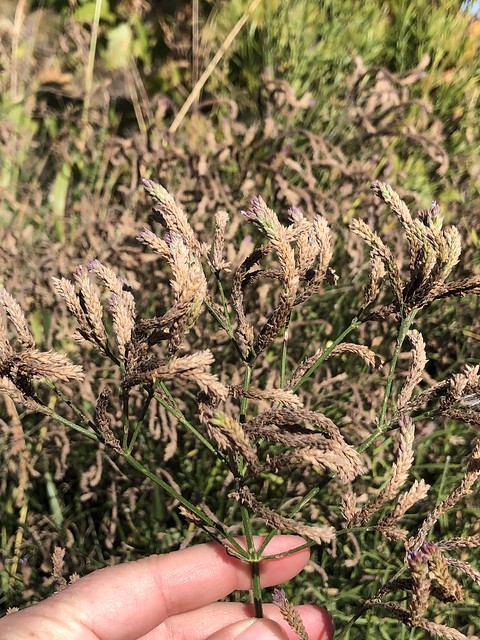 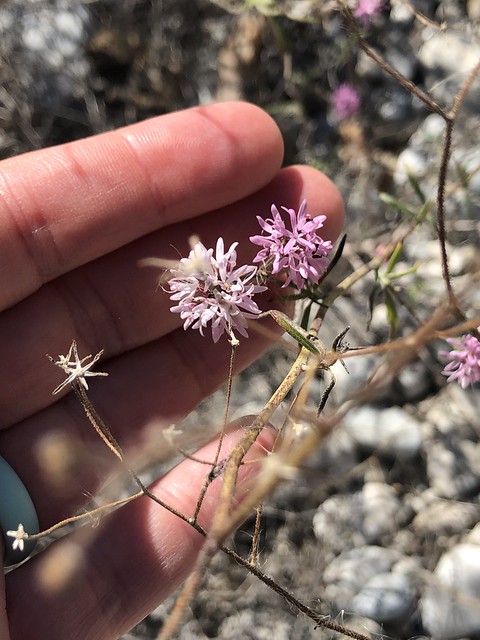 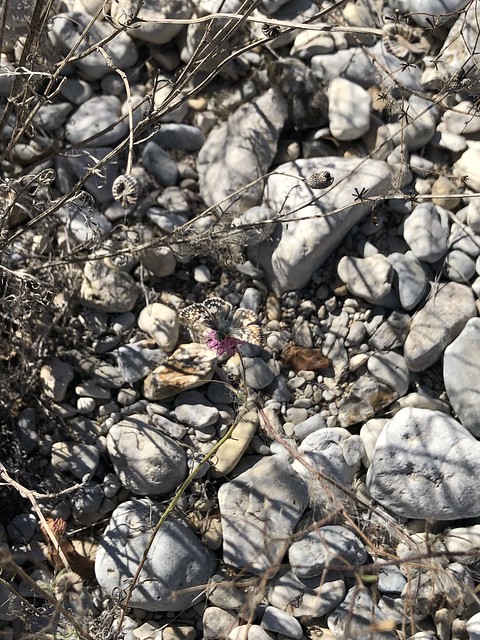 Desert Checkered-Skipper, Burnsius philetas – A new one for the butterfly life list. 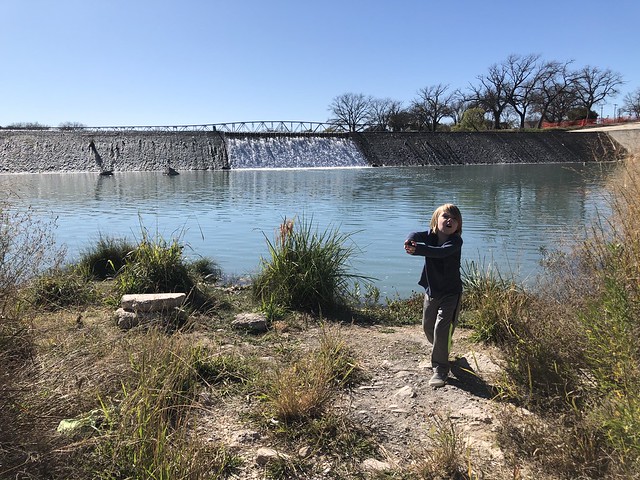 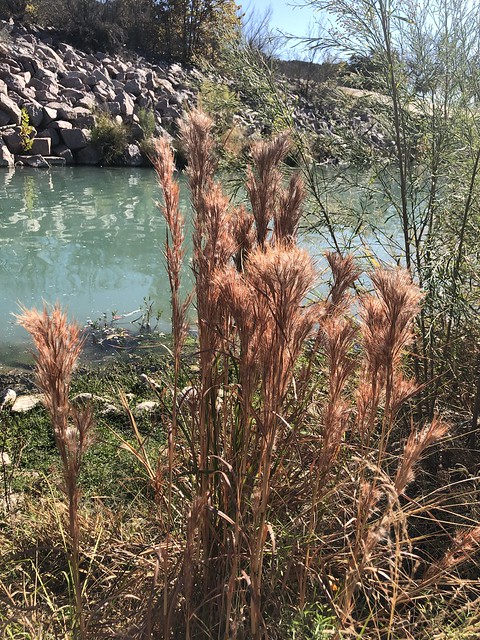 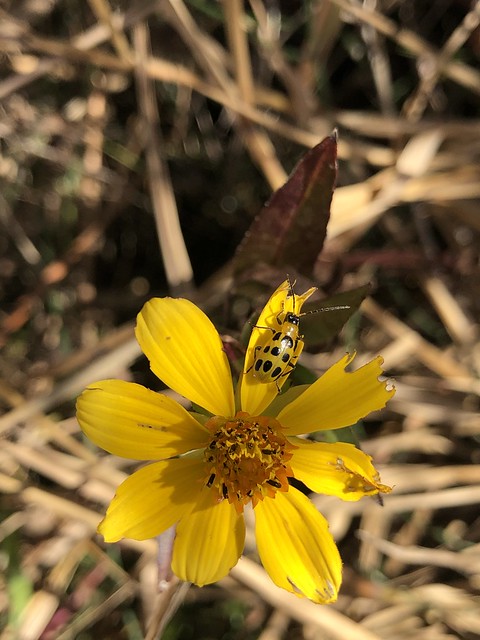 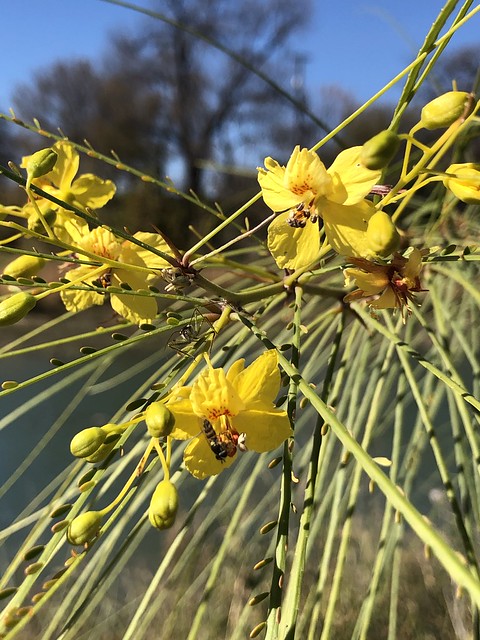 Mexican Palo Verde, Parkinsonia aculeata with a couple of insect friends hanging out. 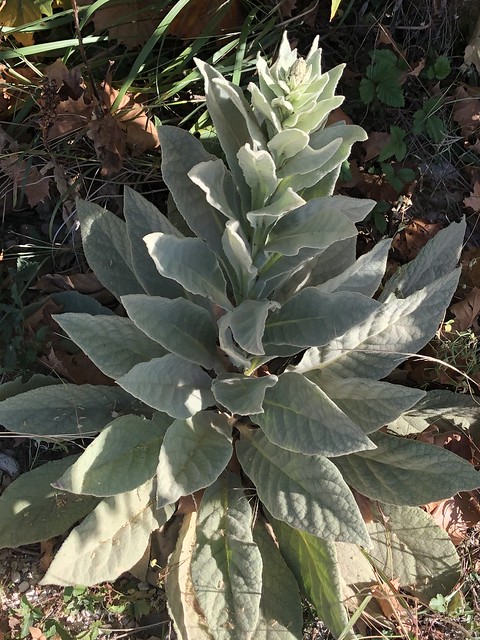 Great Mullein, Verbascum thapsus – This trip made me realize how much of a problem mullein is in the west. I had noticed it when we were at the Davis Mountains but it didn’t really hit me until I saw it everywhere at both of the state parks we were at. We haven’t spent enough time out west to really absorb what the invasive problems are, though I do know tamarisk is one of them because it is a problem in coastal environments, but wow, mullein is super invasive! 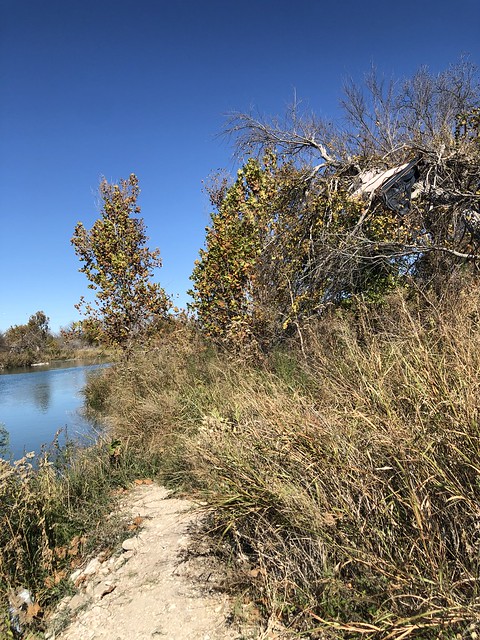 You can see the flood debris line if you look in the top right corner of the photo. 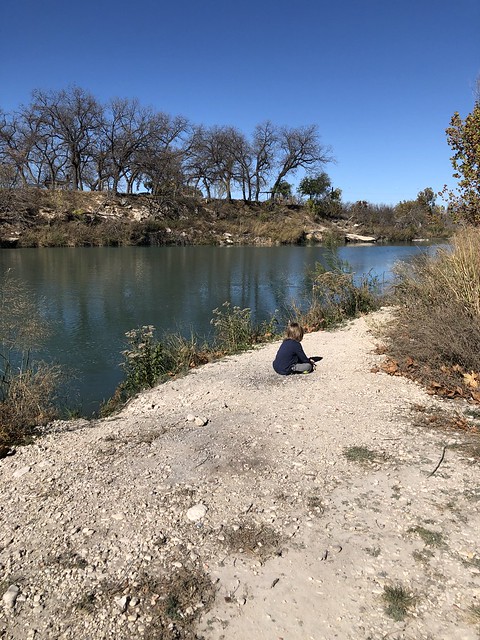 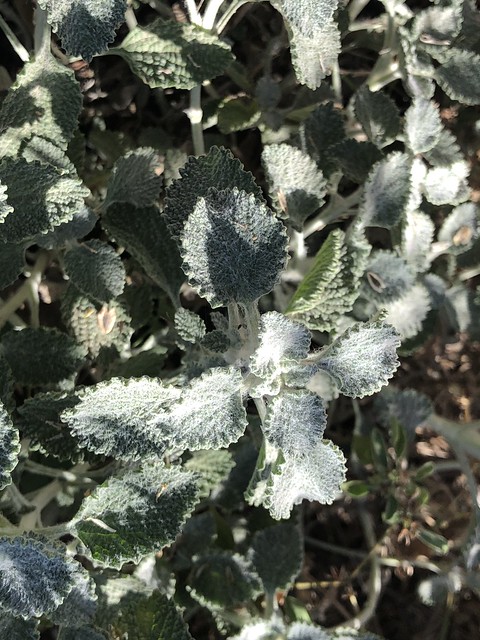 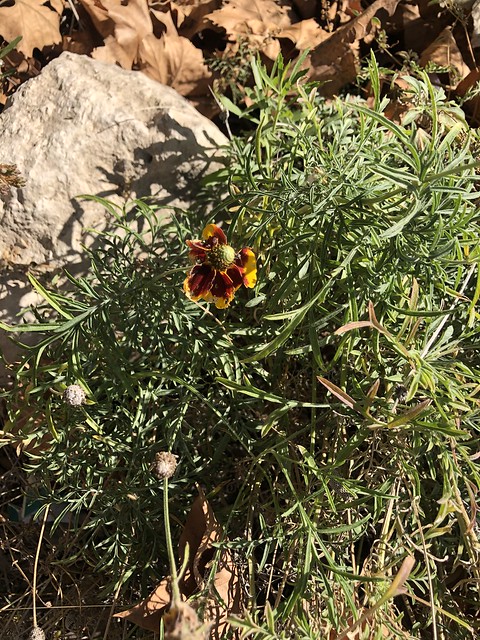 It was a great place to enjoy lunch, soak in some late November sunshine, and poke around for just a bit. And if you need a stop-over while on your way down I-10, Junction is a quiet place to check out!