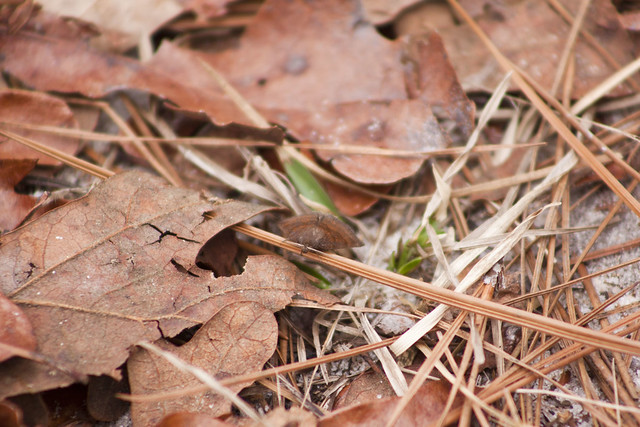 These days I almost always just keep the 75-300mm lens on my camera when out for a hike. Any time I use a normal lens I’m always sad because I can’t get a good photo of a butterfly or an insect and I would prefer the ability to get a good wildlife shot than a landscape shot for now. So, of course, that was the lens I had on me during our hike two weekends at the Sandyland Sanctuary. While it wasn’t quite a lepidopteran extravaganza it was fairly eventful and exciting outing!

The first find was this moth which I believe to be a Ruined Chocolate, Argyrostrotis deleta. My field guide has its range from Florida and along the coast into eastern Louisiana which mostly matches up with sightings in iNaturalist. However, there are a tiny handful of other east Texas sightings so I feel a bit more confident saying this is what it is, but I’m not for certain. I loved the rusty chocolate colorings on it and wish I’d taken a better photo. 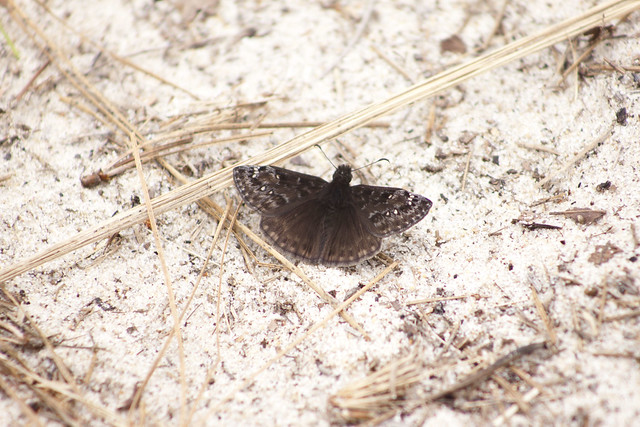 I’m slowly getting better at telling the duskywings apart in the field but it always takes some verification when I get back home to make sure I’m right. Not long after this, I tried chasing another butterfly off into the brush but had no luck getting a photo. I finally realized what it was, a goatweed leafwing, after I emerged from the brush. 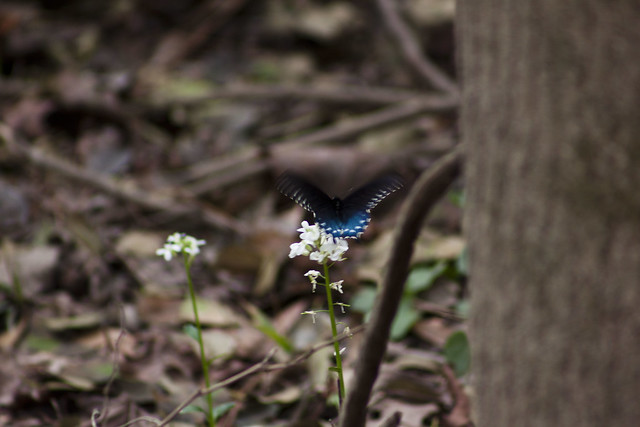 Pipevine Swallowtail, Battus philenor, nectaring on the bulbous cardamine in the bottomlands. The cardamine was by far the most common plant providing nectar out there that weekend though a few more plants have surely started blooming since then. 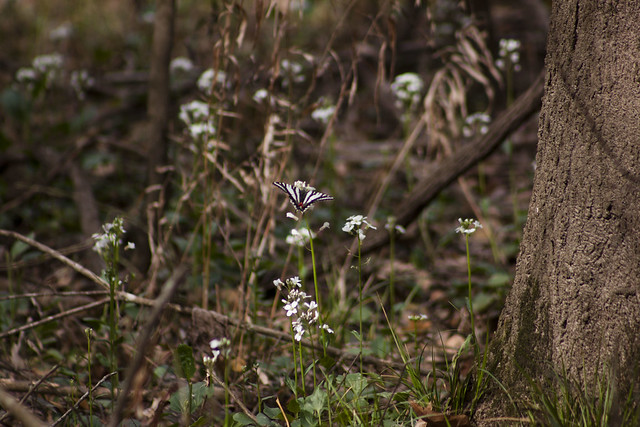 Of course the highlight was the zebra swallowtails, of which this was the only one I managed to get a photo off. I also had to stalk this one off into the brush while it nectared for me to get a photo. The others we saw were too busy flying in search of nectar for me to even contemplate getting a photo. 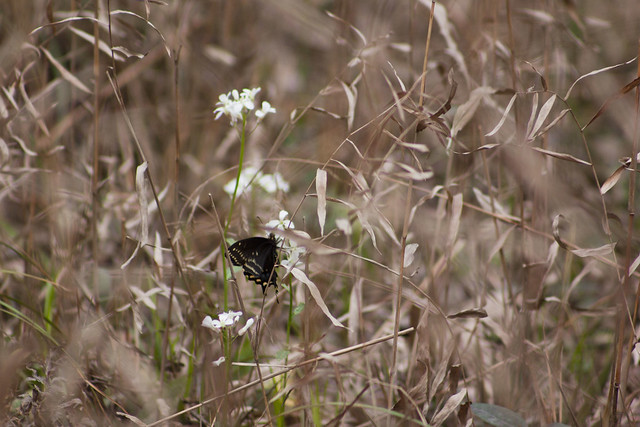 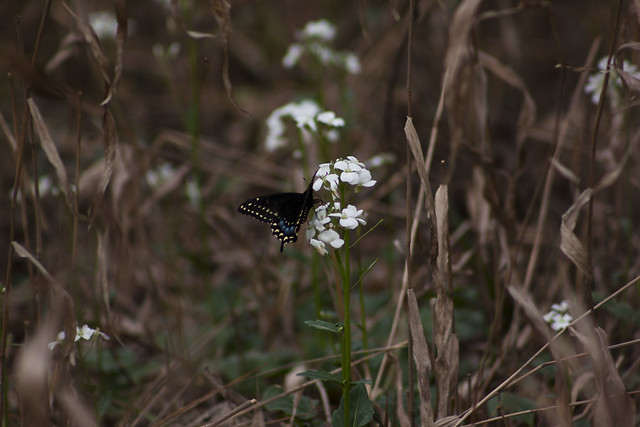 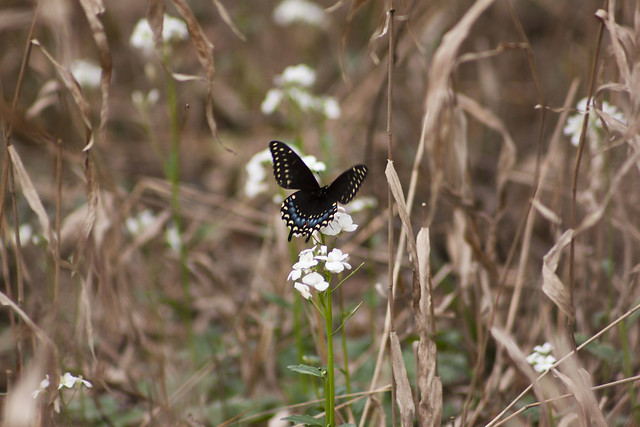 I’d like to thank this black swallowtail for throwing me off. I really thought it was a different species of swallowtail but nope, “just” a black swallowtail. And I don’t say “just” pejoratively, I do like these butterflies, too, but they have a habit of tricking me into thinking they are something else! Or maybe I just need to be better about differentiating some of the similar species in the field!

All in all, it was a good beginning of the butterfly season hike for me and I’m just itching to see more of my lepidopteran friends in the coming months!