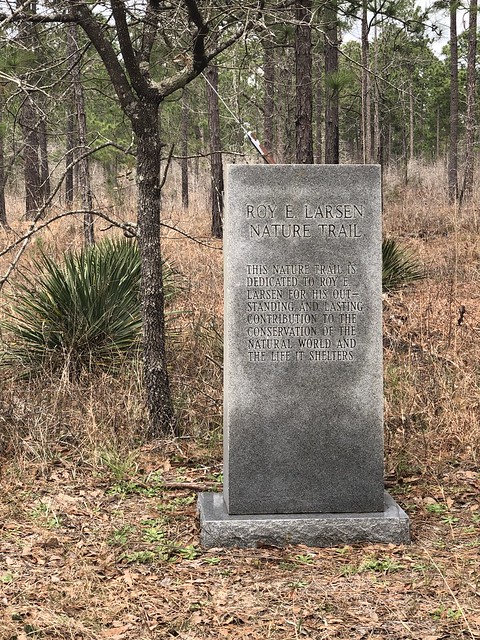 Reaching back into late February with this post to go with a couple of others I wrote about our hike at the REL Sandyland Sanctuary. I actually had to look it up because I was unsure of who Mr. Larsen was, and it turns out he was an executive with Time, Inc. and as a conservationist later in life he organized the Nantucket Conservation Fund and joined the board of The Nature Conservancy, who later dedicated this tract of land to him when it became a sanctuary. 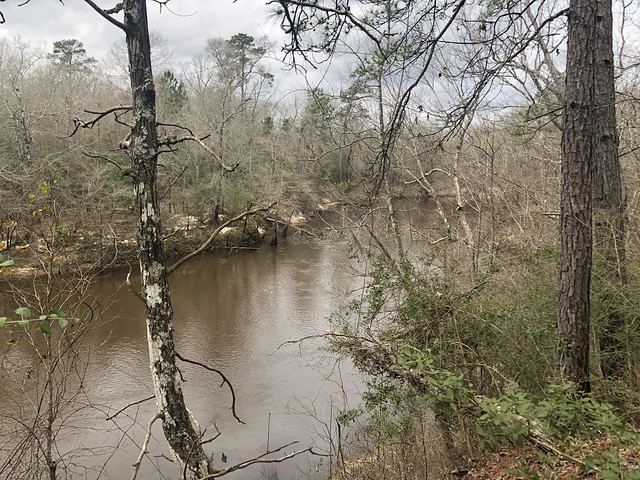 A glimpse down to Village Creek before we headed for the trails. 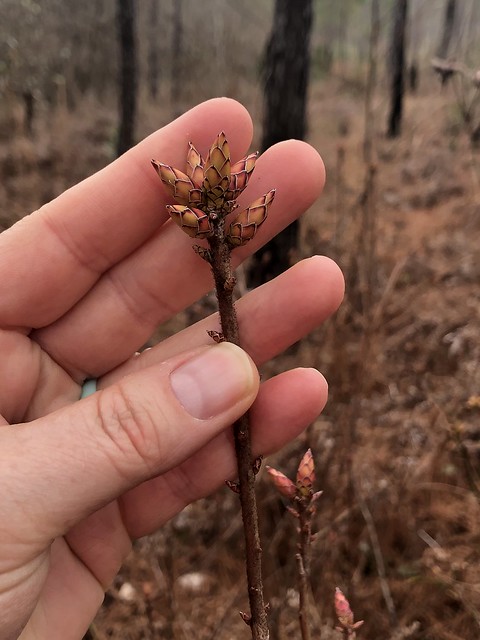 I imagine it is a much different scenario out there at the sanctuary this time around. I had hoped to possibly visit it again when I was in Lumberton and Silsbee on Friday to get my second COVID vaccine but I had too much to do at work and needed to get back to the office for the afternoon. And being that it is a 2+ hour drive each way, I didn’t have much time to dally, though I did pop into the Southern Gardens nursery in Silsbee to look for a couple of plants. 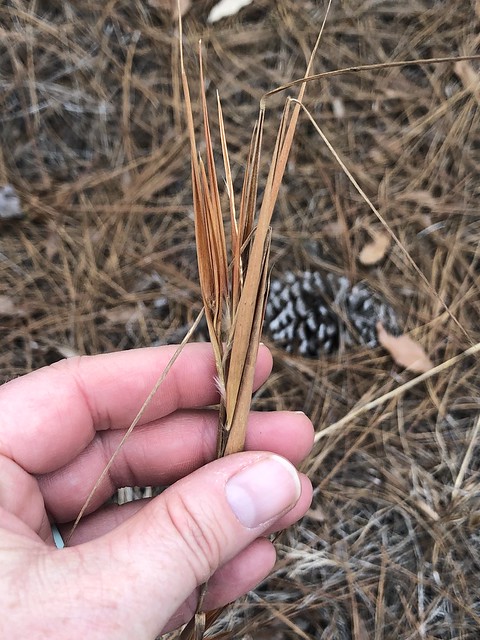 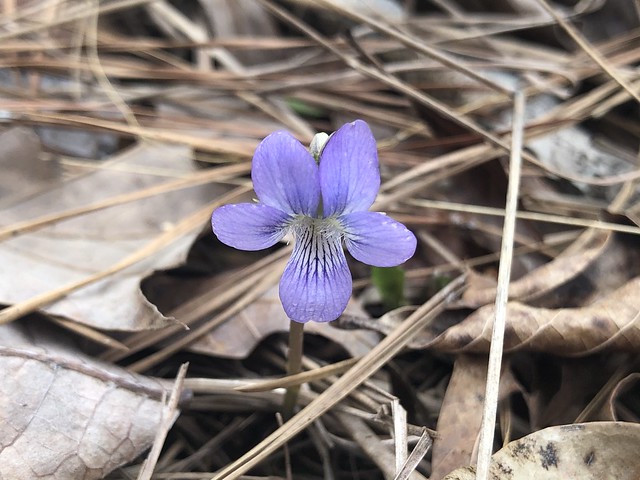 I’m unsure which violet this is because I couldn’t find leaves. But just seeing violets in bloom at the end of a terrible month was a delight. 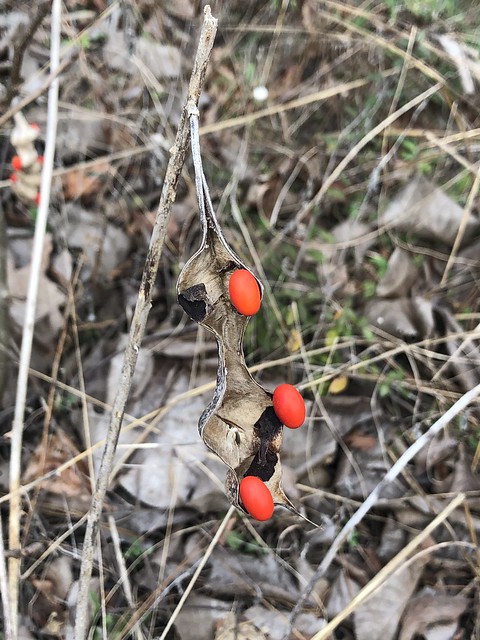 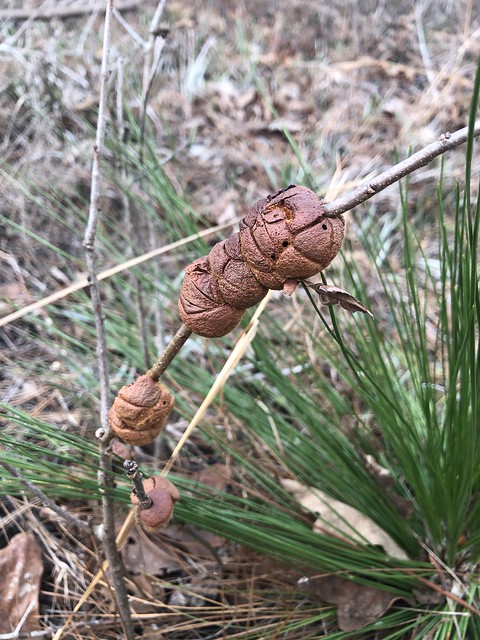 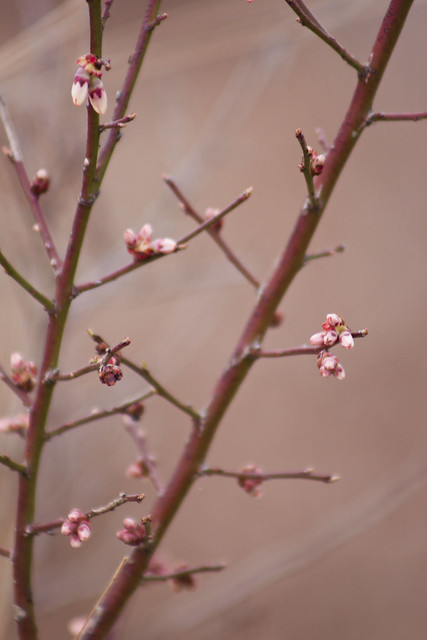 Mayberry, Vaccinium elliottii was the most prominent vaccinium attempting to bloom at the end of February. 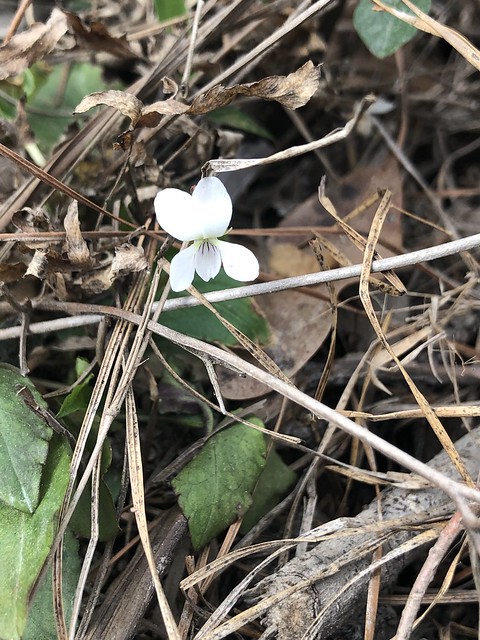 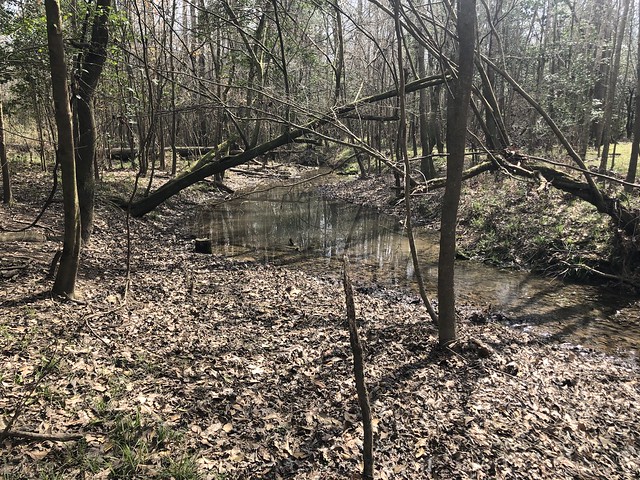 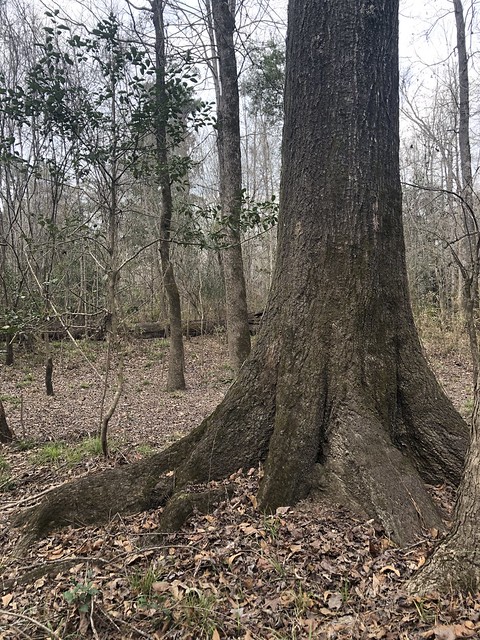 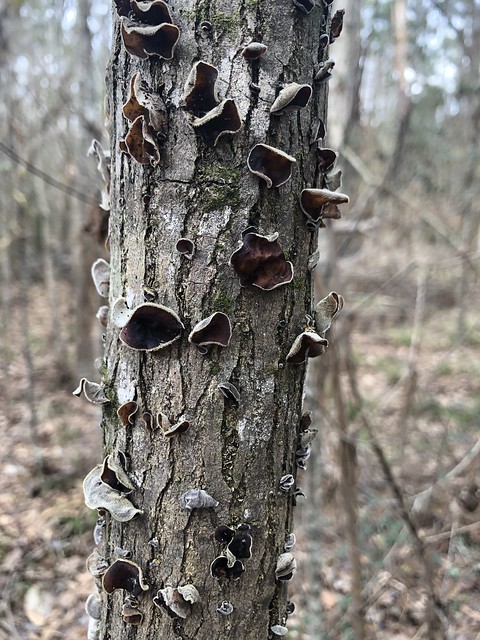 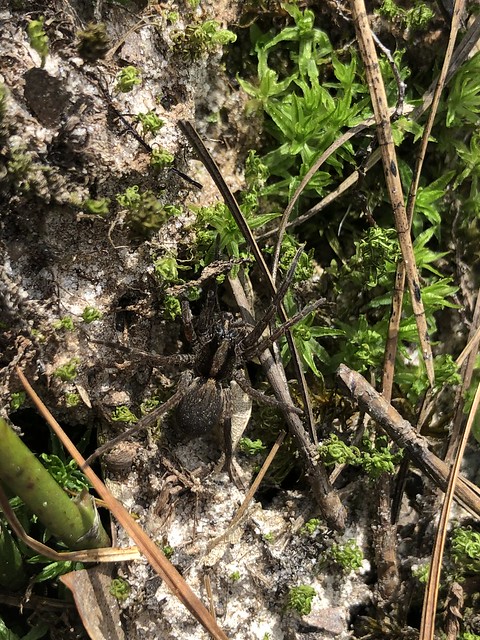 I said a quick hello to this spider as it attempted to hide in the moss and left it on its merry way. 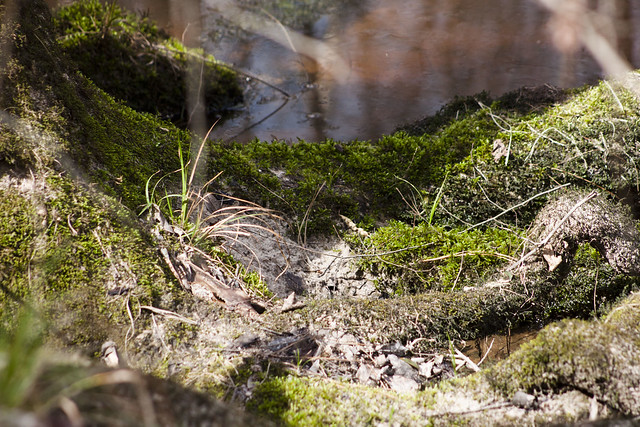 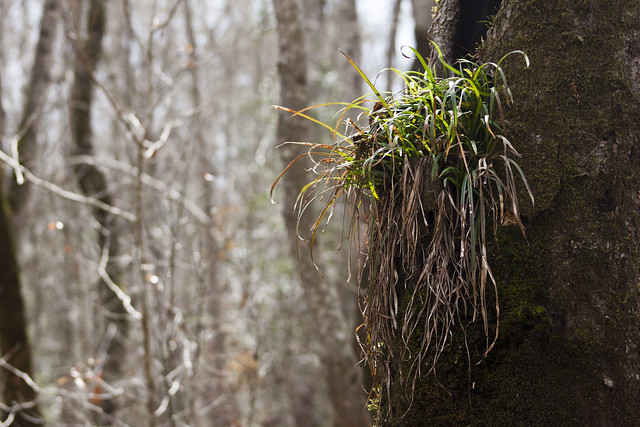 I got a kick out of this carex finding a home in a nook on a tree. 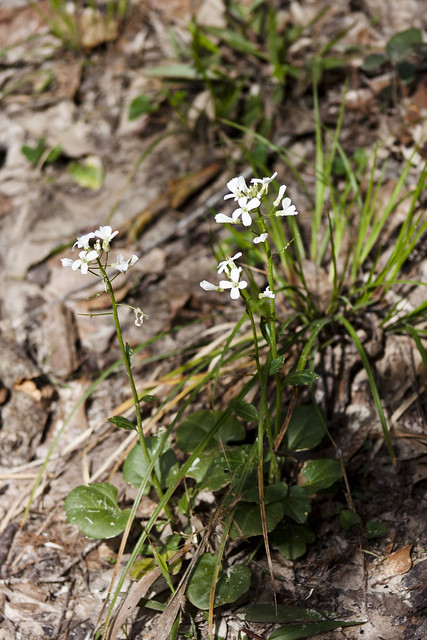 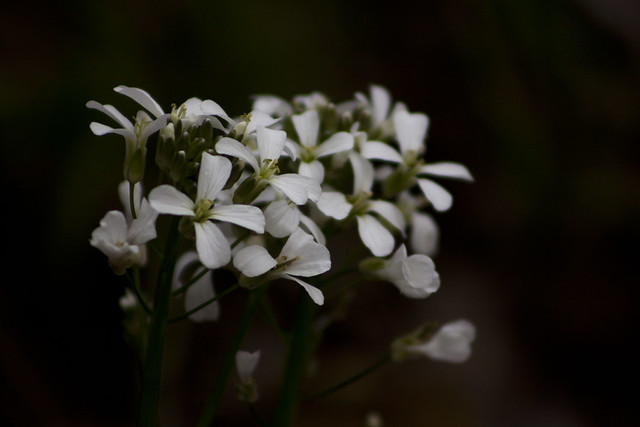 I’ve begun to really love bulbous cress. It is an early spring bloomer and is an underrated spring ephemeral wildflower in our area. Of course you have to be in some more mesic or wetter areas to see it but it is a delight. 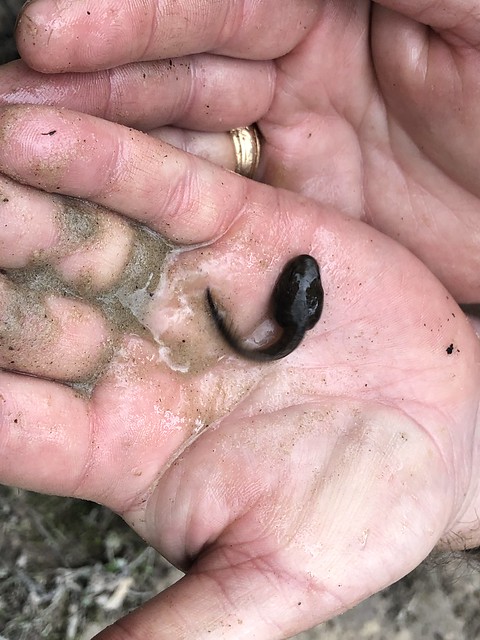 Tadpoles were springing into action… 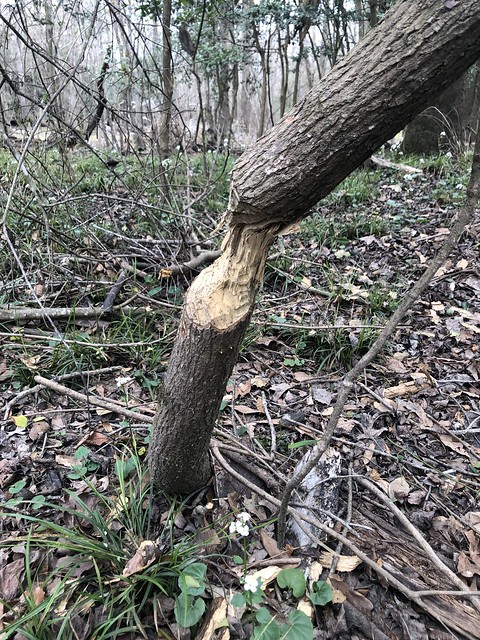 and the beavers had been at work, too. 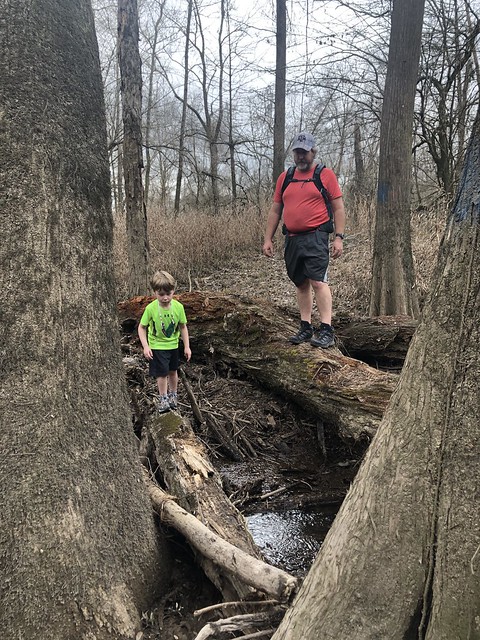 The last time we hobbled over this log jam Forest was still in the backpack carrier. This time he braved the balancing act himself! 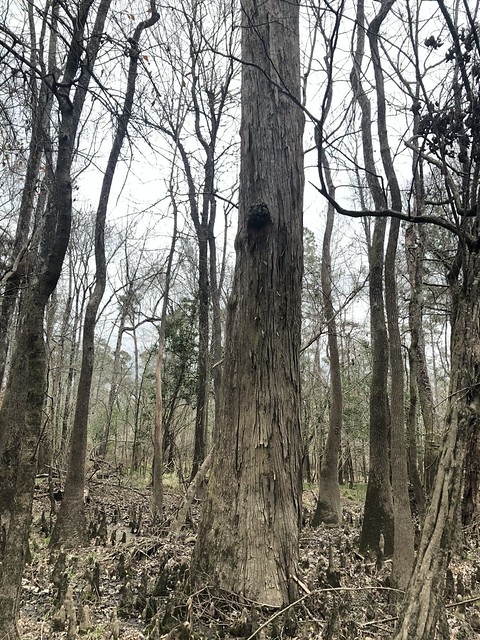 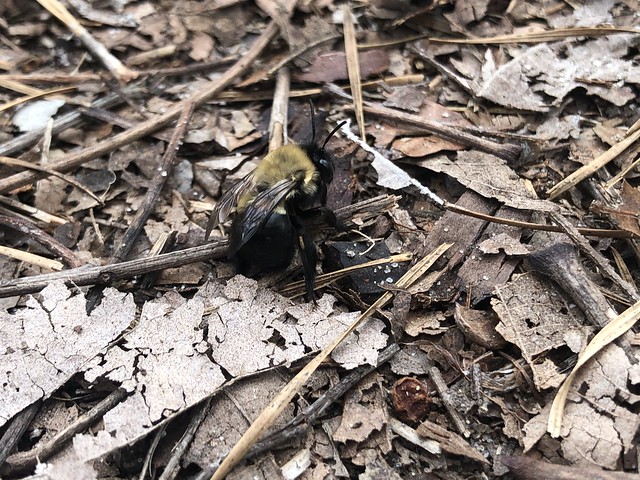 This particular species are only active in early to mid spring when the vacciniums are blooming and are considered to be one of the most efficient blueberry pollinator species. There’s a lot more great information here if you’d like to read more. A really cool niche species!

I am hoping we can trek over to SE Texas again this spring to catch some plants we didn’t see last year during our late spring/early summer visits.