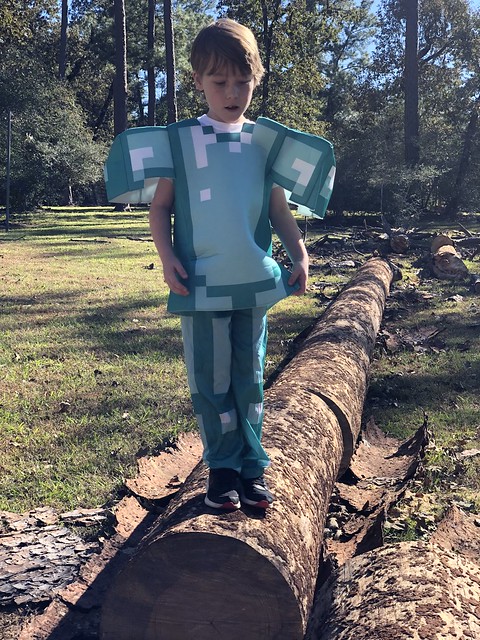 October felt long, didn’t it? Maybe it was just me, but the month was hectic and slow at the same time. Some weeks it felt as if we were go-go-go and other weeks crawled. Halloween has come and gone and Forest was a Minecraft player—seen here without his sword and hat! This was a last minute change the week before from wanting to go as a dinosaur as he did two years ago, using the same parts of the costume. 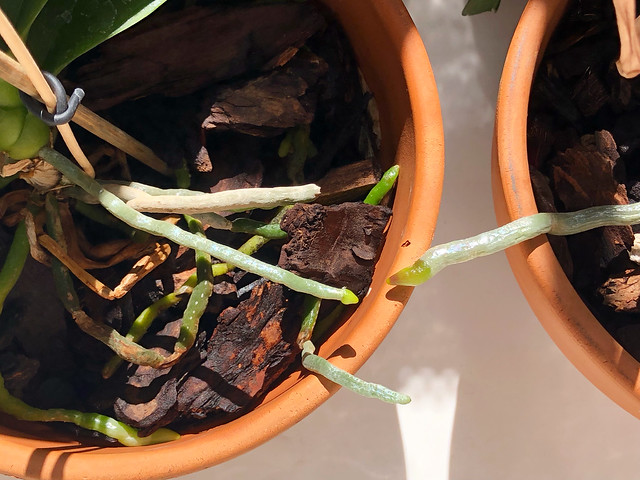 My orchids are work are starting to thrive once again. After dealing with sub-zero temperatures for multiple days back in February, I managed to only lose one! One or two others looked like they might join it but they lost leaves and started putting on others. Here’s hoping I get a few of them to bloom this winter. 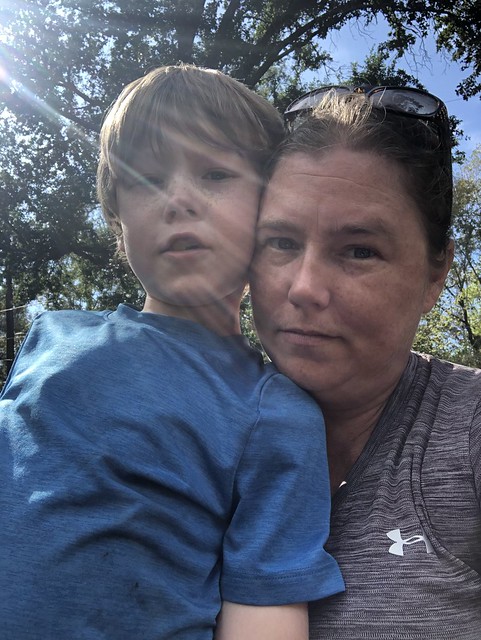 This kid—7 years old and I’m starting to see tinges of the ‘tween years coming in. That or it is just his classmates rubbing off on him in regards to his attitude. But I think he really is changing. The little-little kid is going away and the big-little kid is coming in. 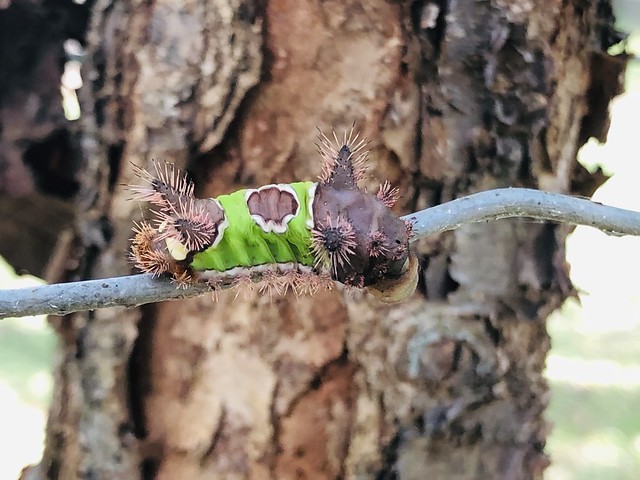 I lucked out with a saddleback caterpillar a few weeks ago. I was out looking for, well, I don’t even know really, but I think I was trying to escape the house for a few minutes while Forest had been sick. Love allergy season in the midst of a pandemic. Negative for covid, just turned out to be allergies infecting his throat and we had to get an inhaler and a few other things to get the allergies tamed enough to go back to school. So we were stuck at home for a couple of days until the coughing subsided enough and this little caterpillar was a cheerful sight. Remember the saddlebacks from last year? I had been hoping to see them again this year but never found more on the banana trees. Instead, this one circling the cage around a Mexican plum! 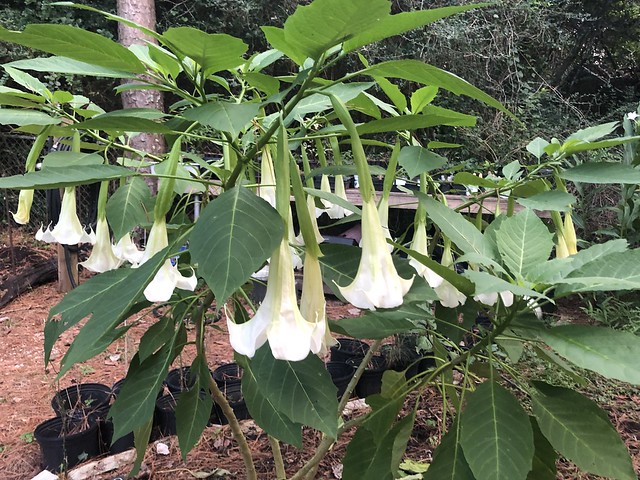 White brugmansias blooming right on time! Last year I only got a couple of days and we had a very early freeze! 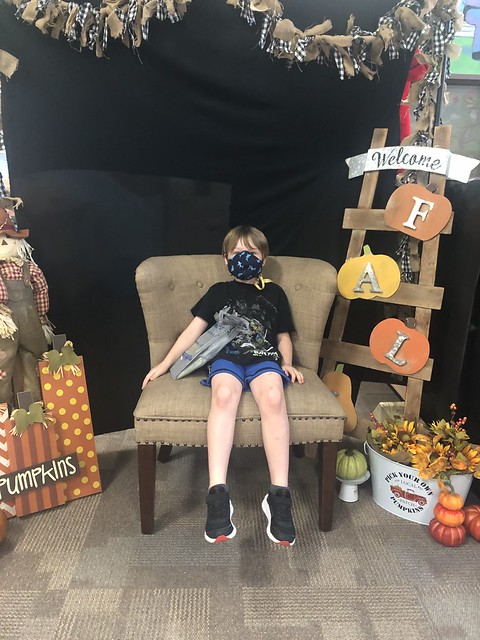 Forest had a book fair and a parent-teacher night last week so we hoofed it up to school to see how he was doing. So far, so good! OMG, cannot wait for his covid vaccine! I’m hoping the CDC approves it today like the FDA did last week and we will be on our way to a first shot. I managed to get an appointment through Texas Children’s next week but I’m hoping that the pharmacies will have it sooner than that. So far Texas Children’s was the only place I could find with appointments and I only knew about that from hearing about it from a friend. 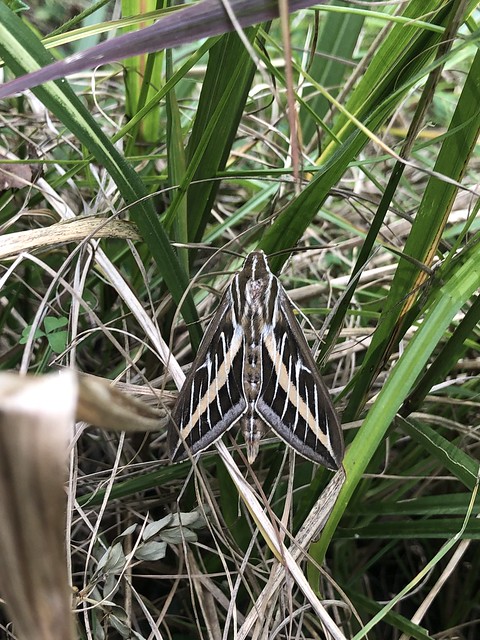 An unexpected joy—a white-lined sphinx moth flew by me while I was inspecting our right-of-way for plants (I was looking for orchids). I knew it was a sphinx when it flew by but wasn’t sure what kind and didn’t actually expect it to have stayed around long enough for a photo, but it did! 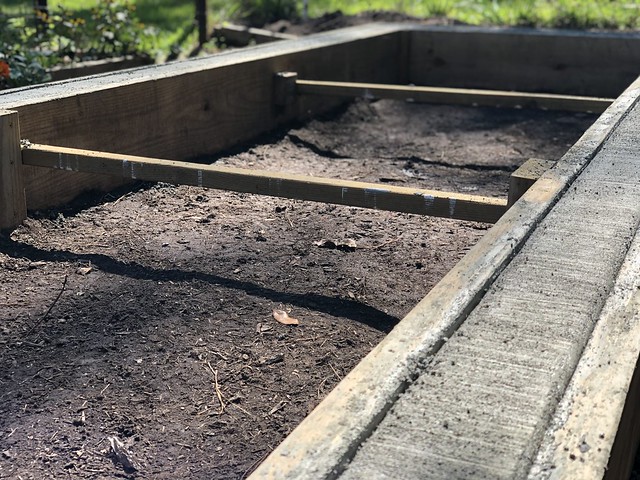 Continuing to plug away at the concrete garden beds. So far we have four poured. Two more to go! 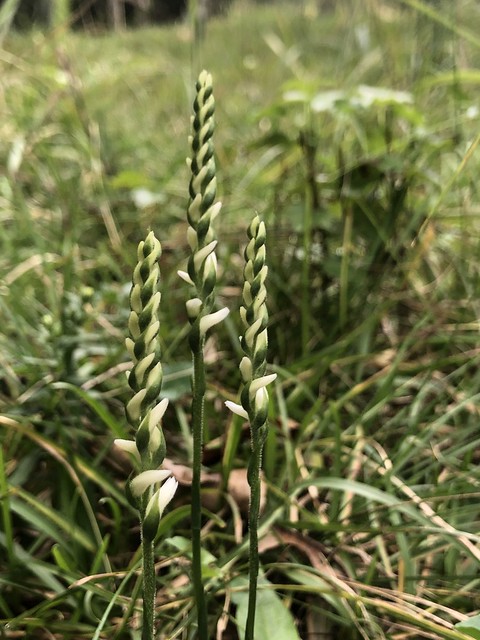 And the Spiranthes orchids I was looking for! I found several patches in the yard, though I think the deer ended up chowing at least one location. 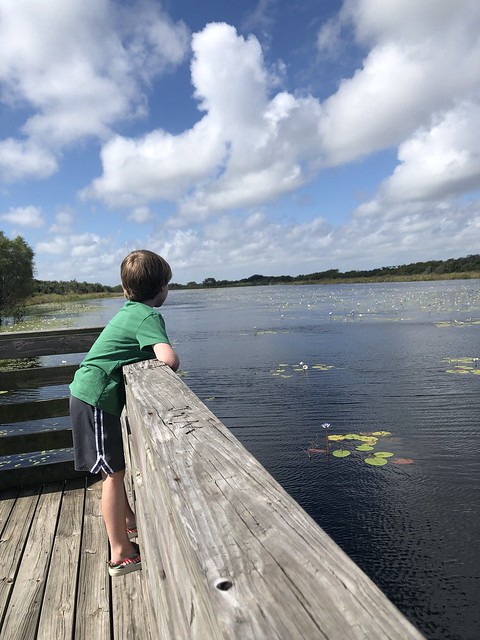 And I know I still haven’t shared many of our trips and hikes over the last six months but I promise to eventually get to them. This is Forest peering out over a lake at Aransas NWR earlier in the month. 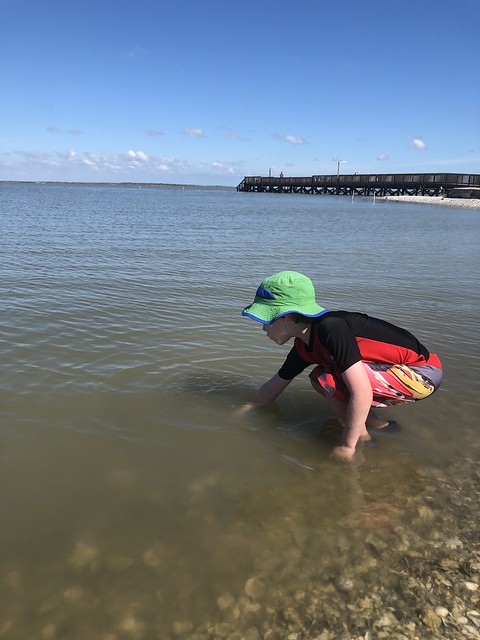 And here he is playing in the shallows near the fishing pier. He really wanted to get into the water but there isn’t any great beach situation at that park. The area is littered with oyster shells so I told him he had to be careful or he would end up cut up, but he managed to find some muddier areas to splash around in.

It was a big month—we did quite a lot! November isn’t shaping up to be any different—and then we get the dreaded time change. I will be glad for more light in the morning because it is so hard to wake up when it is dark still but the thought of it being dark at dinnertime? Even worse. And so it goes—as always.