It’s been a bit since I’ve done one of these, so let’s dive into five things I’ve been loving lately!

+Lesson 6. Be wary of paramilitaries – via Timothy Snyder’s newsletter – I’ve listened to Mr. Snyder on a few podcast episodes, mostly to talk about his book On Tyranny: Twenty Lessons from the Twentieth Century, which is on my ever growing stack of books to read, but I recently found out he has a newsletter so I subscribed. The first one to come through was this audio clip about paramilitaries and it is extremely prescient to today’s times.

+City Cast Houston – This is a podcast and newsletter hosted by Lisa Gray, a Houston journalist whom I follow over on Twitter. The podcast began just this week but the newsletter has been going for several weeks now and I love the digestible emails about the goings on inside the greater Houston area. The podcasts are also digestible so far, sticking to quick commentary and conversations and a round of news. Highly recommend for the Houston region folks!

+ The Electrical Life of Louis Wain

I randomly watched this movie earlier this week and I loved it! I was familiar with Louis Wain’s cat art but didn’t realize who he was or the artist behind the drawings. A bit of a sad story all around but worth the watch. Benedict Cumberbatch and Claire Foy do an excellent job. Highly recommend if you need something to watch over the holidays.

+Writing—I am doing Nanowrimo! I’m at about 32K words so far and am kinda at a stuck point. The big thing with Nanowrimo is you are just supposed to write, no matter how messy it is, and edit and research later. So, my problem is I’m at a point I need to research so I’m thinking of skipping ahead a bit in my writing and hoping that will do the trick. I’ve only attempted one other Nano, which I realized later when I logged into my dusty account. It was 2011 and I was working on my Florida Trail book. Apparently I made about 26K words then. And I could kick myself because I was trying to clean up and start the new Nano and I accidentally deleted that entry so…anyway. I don’t usually do Nano’s because they are in November and we always camp at Thanksgiving…this year I’m just taking my laptop along and planning to write at the campsites! Maybe I’ll have a decent book at the end of this…which will need major editing! haha! 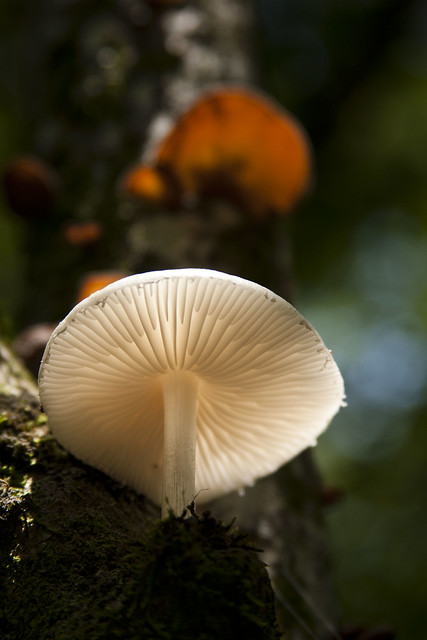 Amping myself up to start editing photos once again and I poked around some Florida photos I had taken off of a hard drive sometime last year and decided to edit a few. I loved this little mushroom view, which I believe was at Myakka River State Park.

Have a good weekend, everyone!