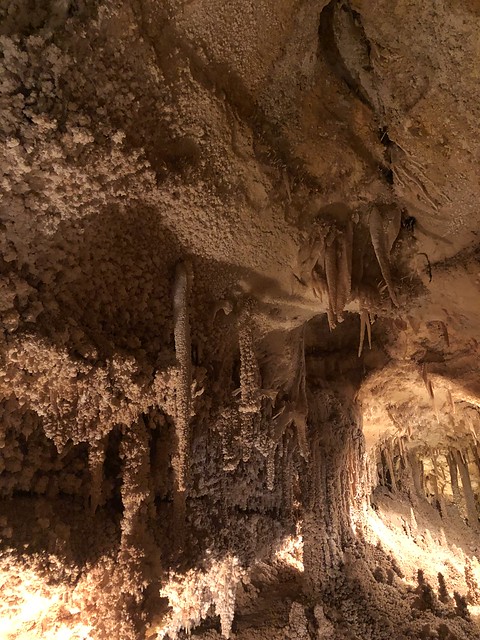 I had better write something about Thanksgiving or else I will let the months pass by and I will never get around to writing here. And to be honest, I have never finished editing last Thanksgiving’s photos! Or writing here…or finishing up writing about Alaska. I truly have been trying to let go of my need to write chronologically and yet, here I am still fighting the desire.

I believe the last time we set out for the Davis Mountains three years ago at Thanksgiving, we left on a Friday evening and stopped in Kerrville for the night. This time we left on Saturday morning, stopping in Sonora instead. Which left us with only two full days in the Davis Mountains and a half day on Sunday—and you could tell we missed out a bit without having that extra day. In reality, next time I want to stay there the entire week, though it would be sad to miss my next favorite state park, South Llano River SP, which is where we headed on our way home for three nights. It works out pretty well breaking up the drive that way, though like I said, a longer time in the Davis Mountains would also mean being able to explore some of the area more than we have in the past.

So, we stopped in Sonora on the way and were early enough to get a tour of the Caverns of Sonora. I need to look, but it may be one of the last caves in Texas that is open to the public that we need to see. I think there’s one or two others that are only open on certain times. We had a good time, though our tour guide seemed a bit bored of repeating the same tour highpoints to yet another tour. It is probably one of the better caves in Texas with interesting formations, though. We killed some time beforehand checking out a trail behind the giftshop and Forest played in a faux mining sluice where he pulled out a variety of interesting rocks. A good stopover and then a hotel in Sonora for the evening. 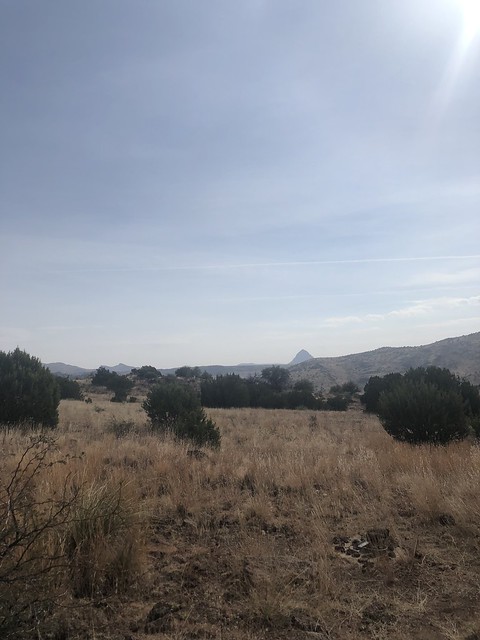 We made it to Alpine for an early lunch where we stopped off at a community park to eat our drive through meal and let Forest play at the playground. Then we headed towards Fort Davis where we went to the Chihuahuan Desert Nature Center and did a hike down the Modesta Canyon trail, which was magnificent. This time we even toured their gardens more than we had three years ago, a seven year old being more attentive than a four year old. The wind was ripping that day and once we got to the state park we (read: Chris) had a grand time trying to set up the tent in the wind but also in the ground that didn’t want to accept tent stakes. He ended up hefting several large boulders from the dry creek bed below our site and tying our rain fly to them! 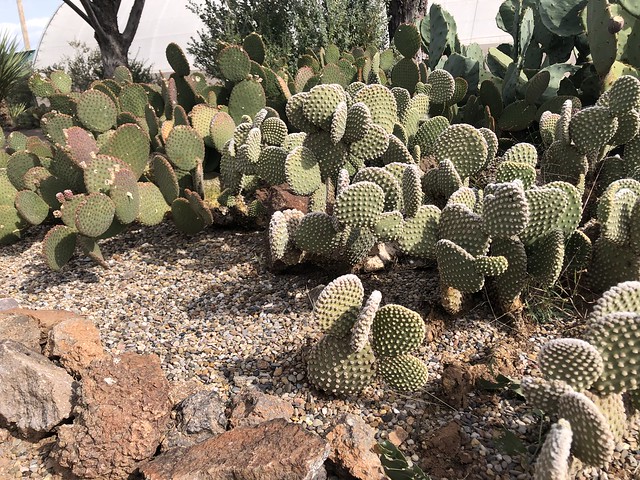 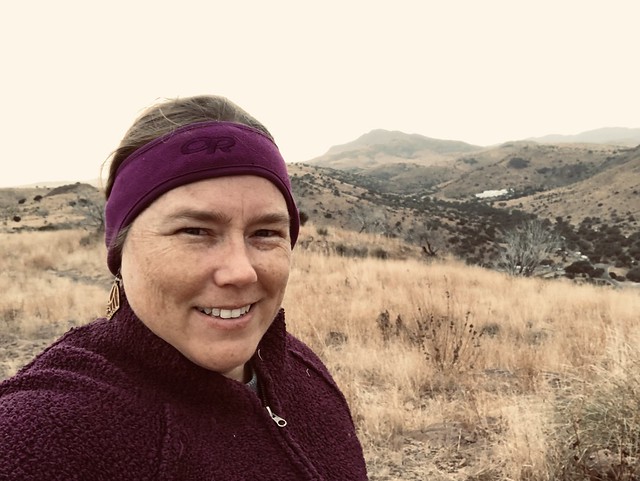 The mountains themselves were lovely as always. I really love this area and if I could work out here, I might consider living out here. It would certainly be remote! 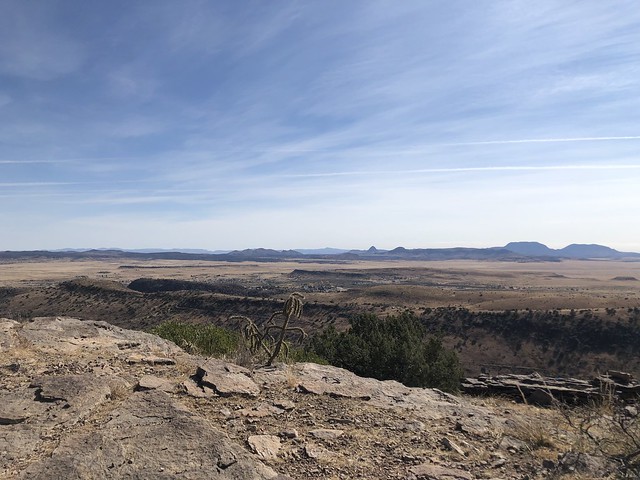 On Monday we made it to the Limpia Creek Vista which gave us wonderful views down into Fort Davis and the surrounding desert. Last time we only made it to the Limpia Creek Trail and Vista Trail junction–again, the difference of a four year old versus a seven year old. Though, Forest and I were definitely antsy because it seemed we kept tracing the contours of the mountains and I kept thinking every bend around the curve would be the vista! I need to remember to download state park maps into Avenza so I can see where we’re at while hiking. 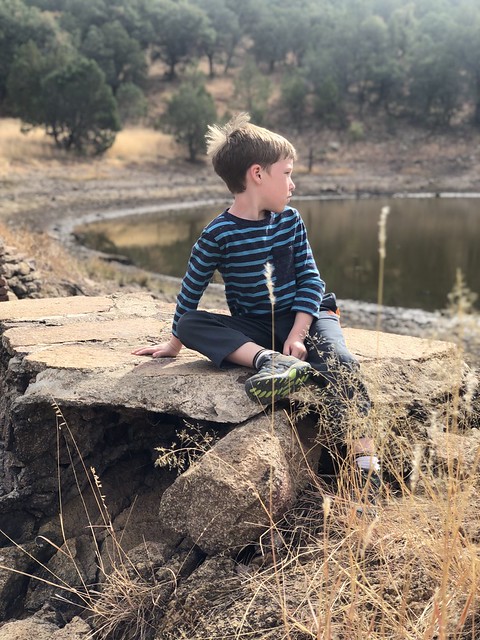 On Tuesday we dropped by a TNC property west of the observatory to hike on their year-round public trail, the Madera Canyon trail. I highly recommend it—even this area of the mountains is different than towards Fort Davis. It feels very much like New Mexico—and I haven’t been to New Mexico! 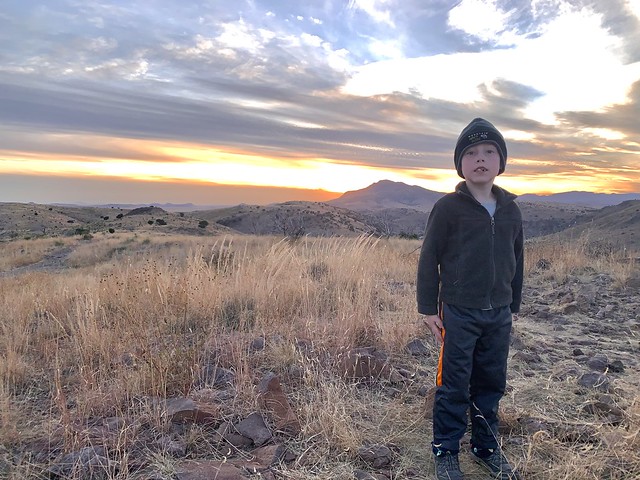 Forest had a lot of fun, despite being a bit grouchy at first about having to leave the house for the week. He’s a homebody and even though he likes camping, he also likes to be at home. 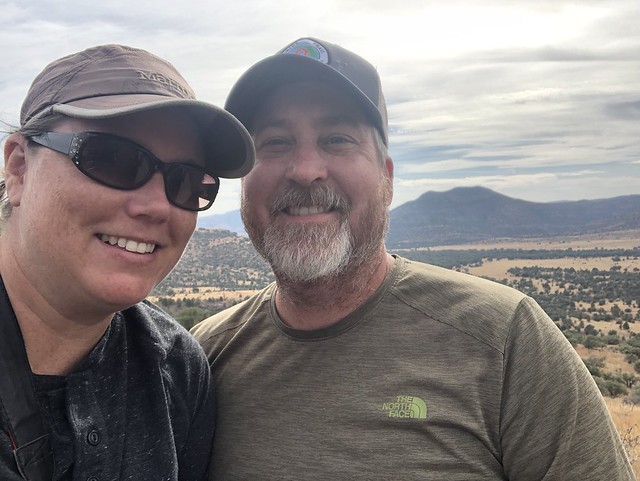 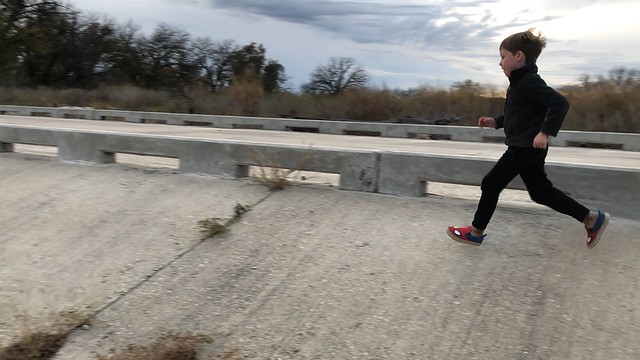 At South Llano River, Forest enjoyed playing down at the river, running on the sloped concrete from the road and throwing rocks into the river. Unfortunately I did not enjoy the park as mcuh as usual because when I woke up Wednesday morning at DMSP, my vertigo was so bad that I could barely focus on anything. I slept and kept my eyes shut for much of the ride from Fort Davis to Junction and the rest of the time there I barely hiked. I’m feeling better but it is still worse than it had been, and the worst vertigo attack I’ve had in a while. I can’t remember what I’ve shared here or not but since November 2015 I’ve been dealing with vertigo of varying degrees and was even going to get some tests done at an ENT in March 2020 until they wanted me to go to a hospital for an MRI and then to have some other testing done and…well I postponed that. And no, Epley maneuver does nothing…I don’t think it is related to BPPV at all. *Anyway*—I mostly stayed low-key at SLRSP this time around which was fine by me. I just wanted to rest, though I did miss getting out and hiking some of the trails there. 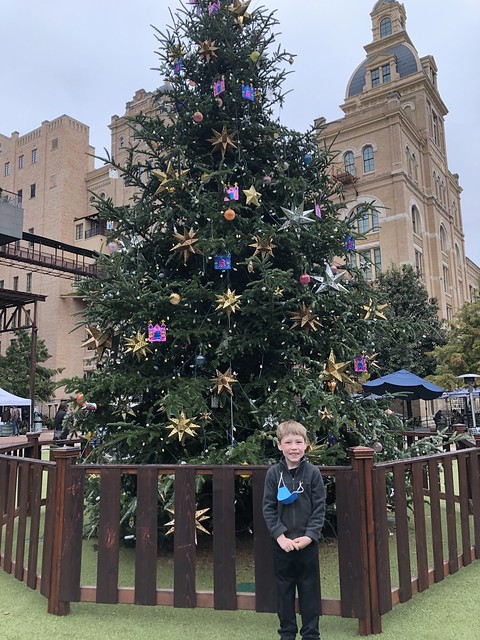 On the way home we stopped by San Antonio and the Pearl Farmer’s Market to pick up some beef from a ranch that sells to the market there. Chris called the day ahead to put in his order and we picked it up, walked around the market, and then had lunch at La Gloria. The rest of the ride down I-10 into Houston was rough, traffic was terrible. I don’t recommend ever stopping at the Buc-ees in Luling on a Sunday afternoon. Just drive across the street to the Love’s or hold it for another gas station! That said, I can’t say enough about Praseks closer to Houston. Great food, same Buc-ees “all the things” vibe but more rustic, less crowded, and has the same clean bathrooms. We’ve stopped at both of their stores, the one on 59, too.

I was glad to be home but I’m still thinking about the Davis Mountains! I’m thinking a trip to Big Bend is in order sometime in the next year.