Eventually I will get around to editing photos and once my phone photos finish uploading to Flickr I can do more detailed posts, but for now I’ll highlight a few items from our week in Florida. 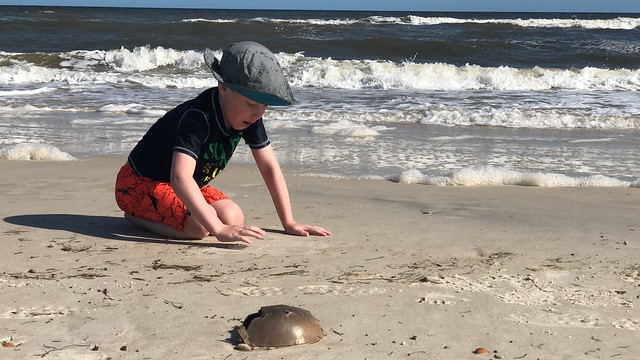 As I mentioned in my post earlier this week, it was quite chilly when we arrived in Florida. Certainly not south Florida winter weather where you can go to the beach and feel comfortable this time of year. But Forest braved the water and played in the sand when he could and we even saw that one washed up horseshoe crab. I was a little disappointed that the shelling wasn’t better than it could have been but at least it wasn’t riddled with pieces of plastic like our Texas shorelines seem to be. 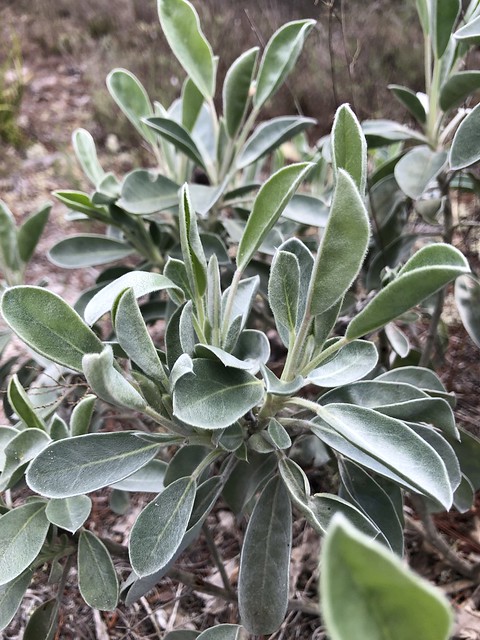 Before we left I came up with a list of plants that would be blooming or at least up this time of year that I wanted to try to find and Gulf Coast lupine was one of them, Lupinus westianus. It’s relatively rare and specialized in the Florida panhandle but we came across our first one randomly and then found several other patches in Tate’s Hell State Forest. Unfortunately we were too early for blooms but at least I can claim to have seen it! 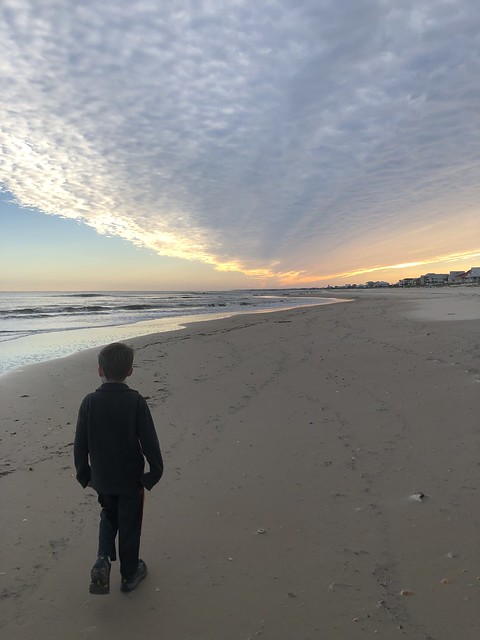 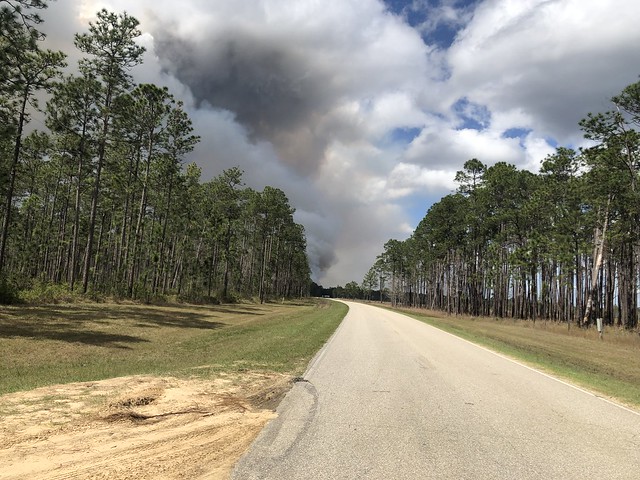 On one of our days driving around Apalachicola National Forest we caught a glimpse of a controlled burn up the road. We had noticed it earlier that morning and it had slowly progressed closer to the road and firebreak. I’m sure that area will be looking great in a few months! 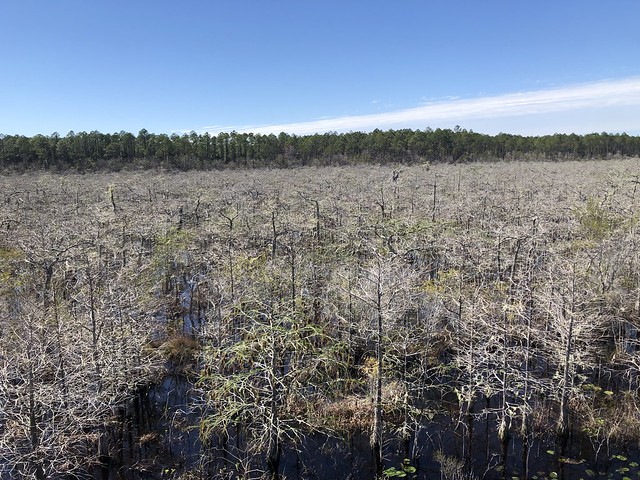 I’ll share more photos of this area eventually, but visiting the dwarf cypress boardwalk in Tate’s Hell was one of the top things I wanted to do in the area. It was so odd to see this swath of cypress trees amidst the more flatwoods habitat of the rest of the forest. Well worth the detour off the main roads if you are driving through the area. 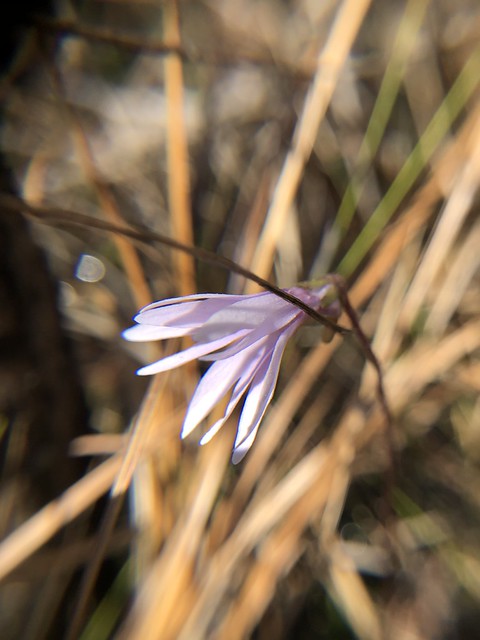 Chapman’s butterwort, Pinguicula planifolia, another one of the species I wanted to see! Oh, and let me tell you, I am *in love* with my macro attachment for my phone.I kept it in my pocket and used it constantly throughout our time and it captured the details I needed really well! 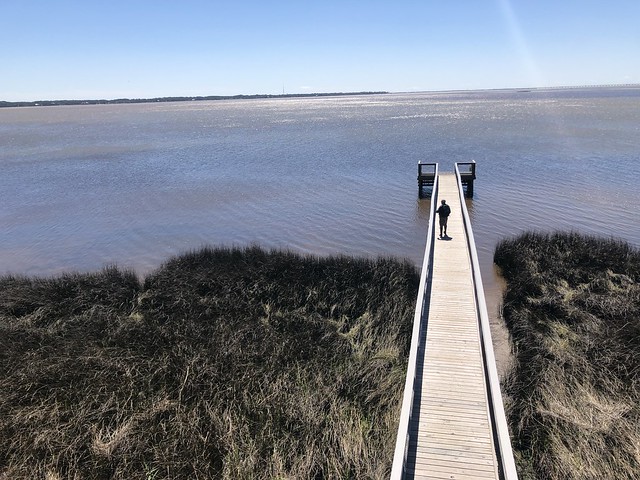 We had great view from the tower at Sand Beach Road on an FWC Wildlife Environmental Area. A really neat area—too bad some of the roads were flooded or else we would have explored more. You definitely needed a swamp buggy to traverse some of those areas! 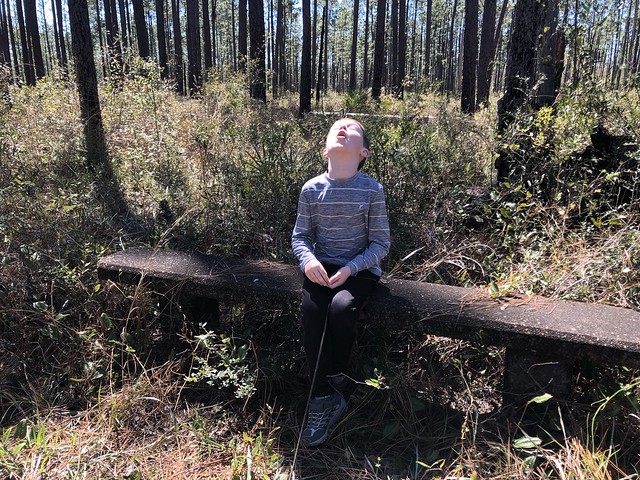 Of course, sometimes patience wore thin with a certain child of mine…. 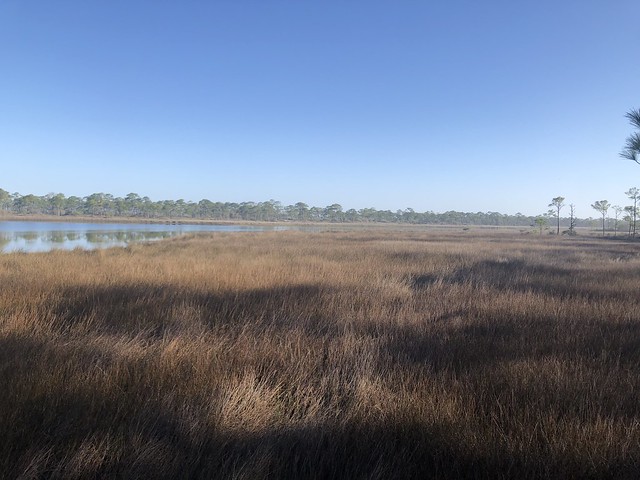 A gorgeous salt marsh on the back side of the state park on St. George Island. 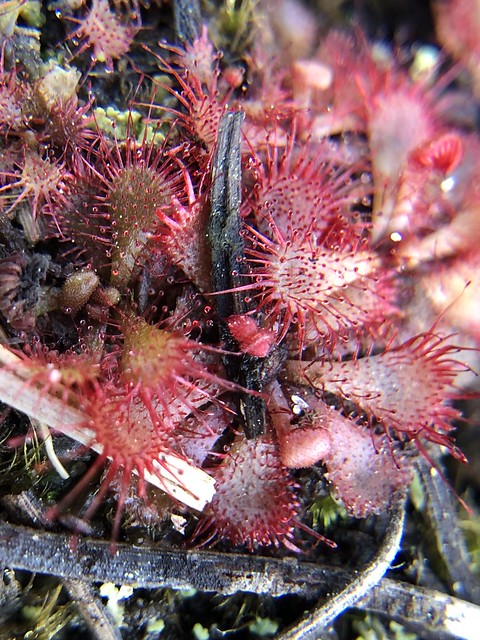 And of course, sundews—so many sundews! I think they may be one of Forest’s favorite things from the trip! Oh, this is one of the many macro photos I took with my phone attachment!

That’s it for the snippet—more plant delights and adventures soon!