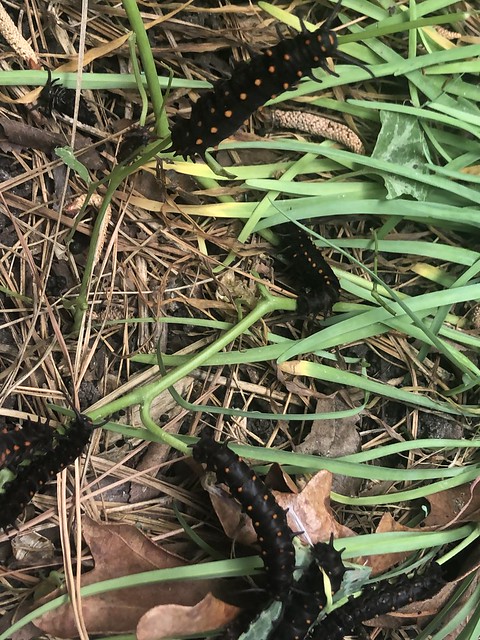 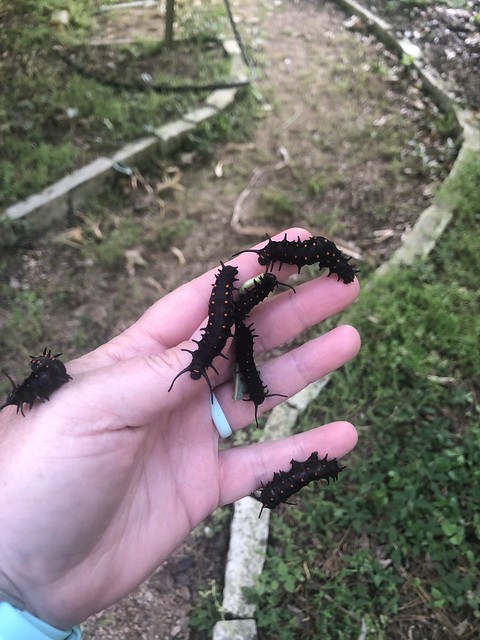 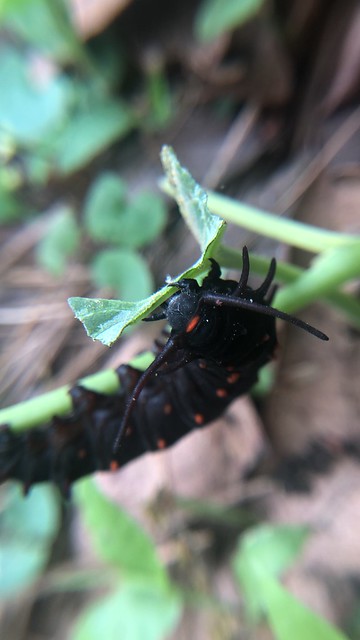 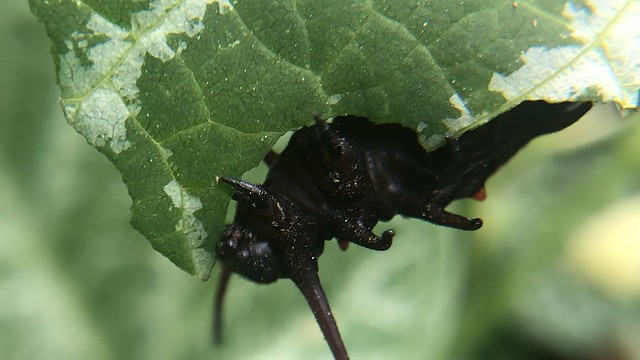 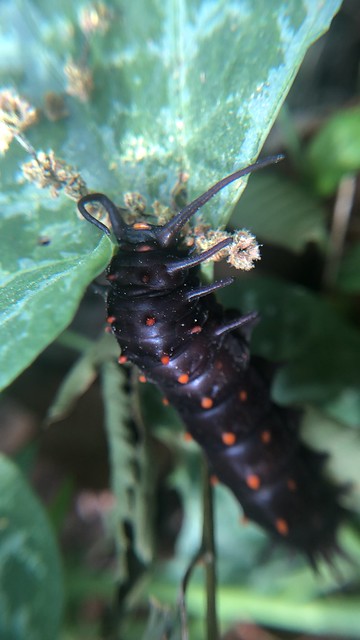 A few weeks ago I had a momma pipevine swallowtail egg bomb our Aristolochia fimbriata plants. We have several different mounds of the plants as the original location has spread via seed to other locations in the garden, and this isn’t a problem because we get one or two generations of caterpillars coming through and mowing the plants down the last few years. This year momma (or mommas more likely) gave us an estimated 60-70 caterpillars. I didn’t bother counting but we were overrun with them and even had smaller instars while the larger, later instars were gorging themselves on pipevine. I know those early instars did not survive because they ran out of food and didn’t make it to the Aristolochia watsonii in the cactus/dry bed. The results are at least 20 of those caterpillars (I really should count them) have turned into chrysalides that are now hanging on various places around the outside of our house and I even found one attached to a watering hose the other day! I managed to capture one pupating, which you can see in the later videos. I have watched monarchs pupating but have never seen another species transform so it was a delight to have walked out at the right time to capture this one. The videos are sped up, it was a 10-15 minute process and had already started when I found it. They seem to stay hanging longer in preparation than the monarchs do, some of them up to two or three days, before they pupate. I was worried about another one near our front door and it finally had transformed by the time I had come home from work the other day but it had been sitting there for several days.

By early next week I should start having adults emerge!