As per usual, I hit a reading slump around May which lasted through most of June. I didn’t finish a book for about six weeks but I am slowly climbing out of that hole. I will likely have another slump, based on years of noticing my pattern, sometime later this summer. Which is why I do a lot of reading at the beginning to the year to counterbalance it all. I’m currently at 35/45 for my Goodreads challenge and I suspect I will end up around the 60 book mark again this year when all is said and done. Audiobooks are still carrying a heavy weight in the count but I’ve been trying to read my Kindle more and I have a lot of paper books I need to focus on as well.

Here are my favorites from the last quarter:

+West with the Night by Beryl Markham is a fascinating memoir about growing up in British East Africa, now Kenya, and how she became a bush pilot. She was part of the Happy Valley Set and knew people such as Karen Blixen of Out of Africa fame. In fact, if you like that book or movie you will likely enjoy this book. It’s about a very narrow time in history just before a lot of England’s colonial territories began to come out from under the grip of that country’s power. Beryl was also the first person to make it from England to North America non-stop from east to west in 1936! (Audio) 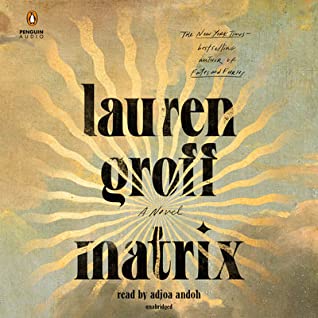 +Matrix by Lauren Groff. I wasn’t sure what to expect from this book when I downloaded it but I had read enough rave reviews that it seemed worthwhile to check out. Plus, I had read Florida by Lauren Groff and had loved her writing so I figured there wasn’t much to lose! And there wasn’t, though it is a very long listen and I had to request it again after I failed to finish it back in February/March in time and waited months before I got it again. I managed to zip through the last I had left during our drive out to New Mexico last month. This is a ficionalized telling of the life of Marie de France, a real person who lived from the mid 1100s to early 1200s, but whom very little is really known about. There are several nuns who historians think she could have been, but in reality, we have no real clue. This is where Groff takes the story into her own and creates a rich world of an orphaned teen sent by Eleanor of Aquitaine to live and work as a prioress at an abbey. It weaves in the story of her life at the abbey, how she became the Mother of the abbey and a lot of drama interfolding between. All I have to say is that thank goodness we don’t send our spare daughters or orphans to abbeys and convents because we can’t marry them off or pay to keep them at home. If you like historical fiction, this is a good one! The audio is read by Adjoa Andoh who you may recognize as Lady Danbury in Bridgerton! (Audio) 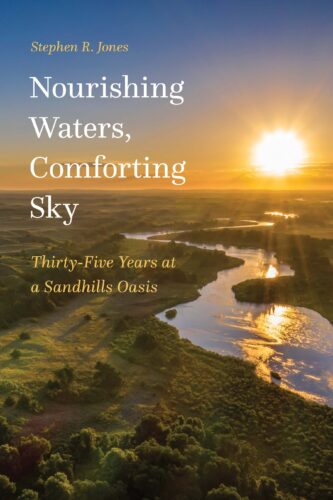 +Nourishing Waters, Comforting Sky by Stephen R. Jones. If there is one area I know very little about it would be the Nebraska Sandhills. This is an exquisite nature memoir taking place over about 35 years of observations by the author. He weaves in his own stories from his family, indigenous folklore, and observations from the sandhills region. It’s the kind of memoir I could only hope to write! (Kindle)

+The Last Karankawas by Kimberly Garza. This is an interesting book that is set up as a series of short stories or even novellas that all tie together to form a more cohesive narrative from a wide variety of related characters. Set in Galveston, Texas, we get stories from Filipino and Mexican immigrants who have made their home on the island, with the stories culminating into a crest as Hurricane Ike roars ashore in 2008. Because of the many different narrators, I do wish there had been some kind of family/friend tree so we could see how everyone was related to each other. (Kindle) 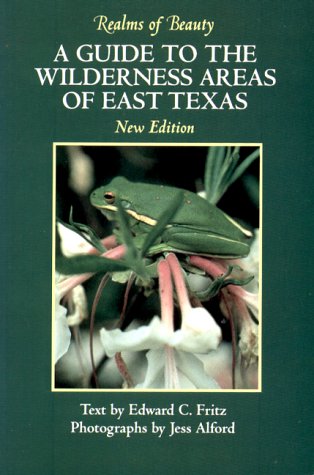 +Realms of Beauty by Edward C. Fritz. Oh, this is a delightful, small book that any Texas outdoor enthusiast should have! Ned, as I later found out he was called, documents the USFS Wilderness Areas and their habitats with some very interesting commentary along the way. I was intrigued by this man that I ended up doing some quick Googling and come to find out he was a rather well known and outspoken critic about management practices and conservation within various Texas agencies from the 1960s until the late 2000s before he passed away. He even wrote two books about clear cutting, which I have bought and am going to read soon, and was a founder of the Texas Land Conservancy! Eventually I’ll do an entire write-up on him and some adjacent folks because it was incredibly fascinating to know there was this rich history of conservation in Texas that doesn’t really get talked about or is known outside of certain circles. Definitely recommend this book! (Paper)

Those are the highlights for this last quarter. What are y’all reading?