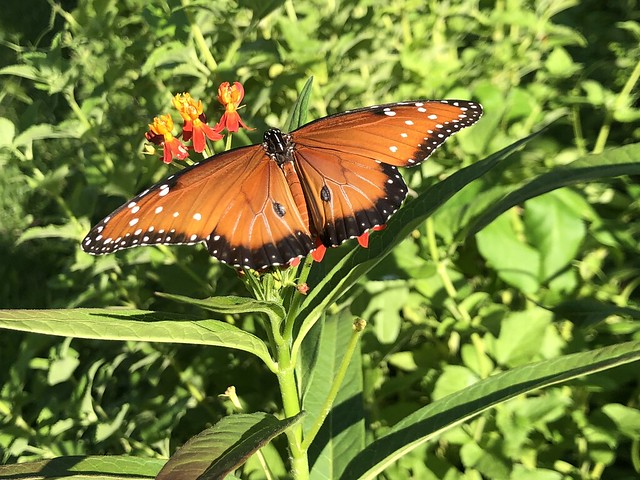 Last night I had a few minutes to check on the garden before I went to a community meeting and as I was walking back towards the house I noticed a butterfly was nectaring on the tropical milkweed. It flicked its wings a few times before I figured out it was a queen, Danaus gilippus, and a male to boot. 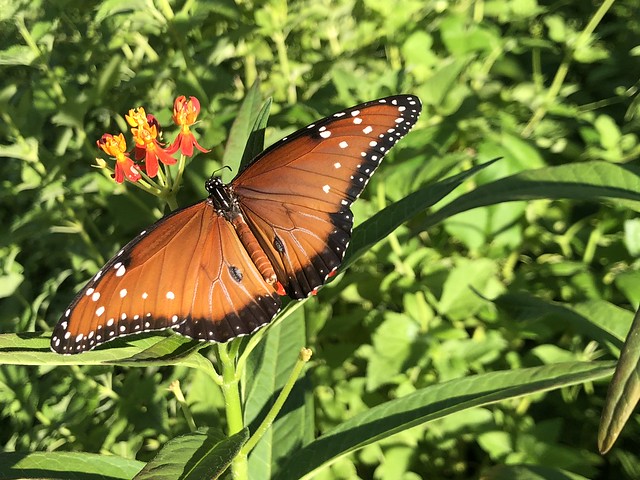 The queens usually visit in late summer but we don’t always have them. I’ll have to keep an eye out for females because on the occasions that I have had queens in late summer, they will often lay eggs and I will host caterpillars. I haven’t raised any caterpillars this season, mostly due to a lack of interest but also a milkweed access issue, but I may be tempted to raise a couple of queens if we end up with caterpillars. 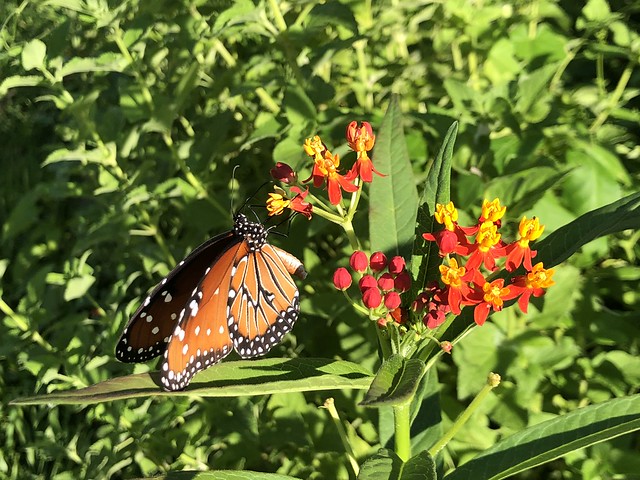 I would love to see another monarch mimic in the garden, a viceroy. It would probably help if I had some willows around as that is their larval host plant, but I would be fine with a nectaring adult at some point on their way to finding a willow. There has to be some willows upstream on the pond/creek. Now, seeing a soldier would be even more exciting and there are a couple of instances on BAMONA and iNat where folks have seen them around Houston and College Station. A greater likelihood of seeing them would be central Texas into the Rio Grade Valley.

Queen’s are always a delight to see while we wait on the monarchs to return from their trip in the north.