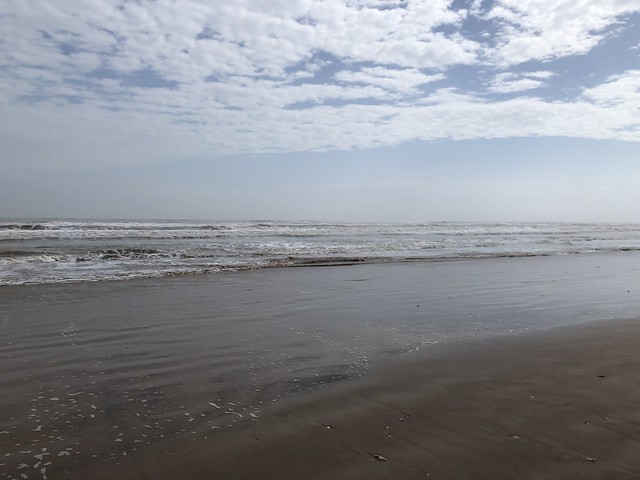 Having lived in Texas most of my life, minus the 8 years I lived in Florida, I’ve seen a good chunk of the state. There were corners I still hadn’t been to, and even places within regions I have been to that I haven’t seen. Forest asked a few weekends ago if it was possible to see every place on Earth, and he meant as if you could walk across every inch of Earth. We had to break it to him that it just wasn’t feasible to accomplish but I do admire his question and thought process!

I knocked the panhandle out early when I was 3, flying for the first time with my mom and baby brother to Amarillo to visit my mom’s friend. Of course I saw plenty of DFW since I grew up there, and bits of east Texas while camping or driving through to other places, and then finally in college lots of the Gulf Coast and eventually Big Bend. I’d even made it out to Midland-Odessa in highschool for a softball tournament. But for some reason I had just never been to the Rio Grande Valley or South Padre! And South Padre is a big Spring Break and summer vacation hot-spot!

But finally, I made it down there last week and it was a much shorter drive from Houston than I imagined it would be. Of course it’s a bit longer with food and rest stops and we did break up the initial drive with a stay overnight in Victoria, but we drove home straight-through. Before we went I had dreams of hitting up a ton of biodiversity hotspots along the river and then reality hit: we were in for very bad weather and the busyness of being with family makes that a little harder to do.

Four days of rain, wind, and chilly weather prohibited a lot of exploration beyond the beach house or running into shops on the island. Chris ventured out to Laguna Atacosa NWR a couple of times (we had stopped on the way in to see the Visitors Center) and a few of us ventured to the Sabal Palm Sanctuary SE of Brownsville, almost as far south in Texas you can get—and behind the border wall! We saw Space X and Boca Chica Beach (you can literally drive up to Space X. I’m pretty sure the security at the Tropicana plant I worked at in Florida was stronger than at Space X!) and finally, after days of rain we had sunshine and a tempering of the winds enough to spend longer periods of time on the beach.

Beachcombing turned out to be pretty decent on a low-tide on Friday morning. I wish I’d known a few days before that because I would have gone on those days, too.

The time off was much needed and while I had planned to do a lot of reading, I instead found myself watching Netflix and watching the final season of Dead to Me and the new show 1899 and the movie The Wonder. We played Mancala and did some crafts and generally just ate a lot of food.

I’ll have more to share soon! I hope everyone had a wonderful Thanksgiving!