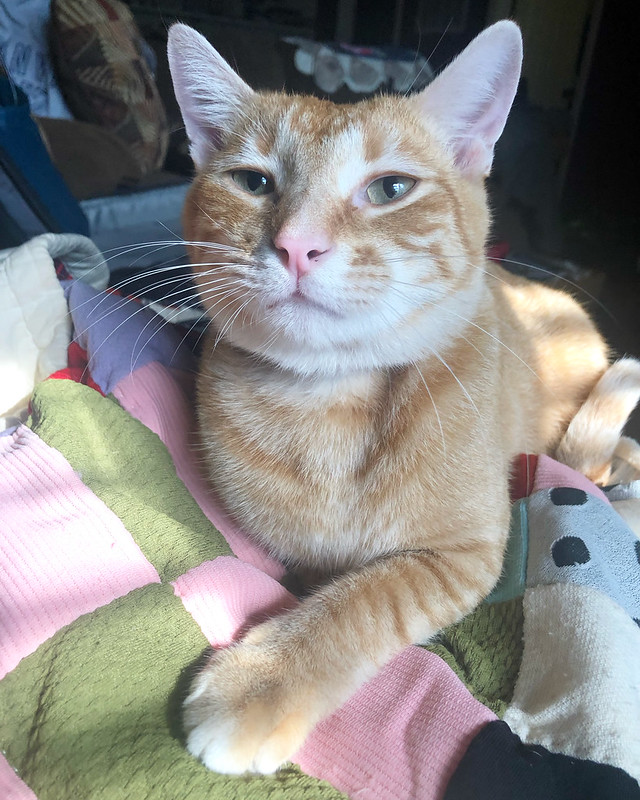 I often think about how different Rusty and Dusty are from each other but also from how Samson and Leo were to us. Samson and Leo were very much dog-like cats. They came when called and were often our shadows around the house. Rusty and Dusty are very much cat-like cats but have slowly begun adopting dog-like strategies. I am guessing a lot of it has to do with the fact that they lived on a screened in porch during their days and in a crate in a laundry room at night for their first 10 months of life. But, who knows? 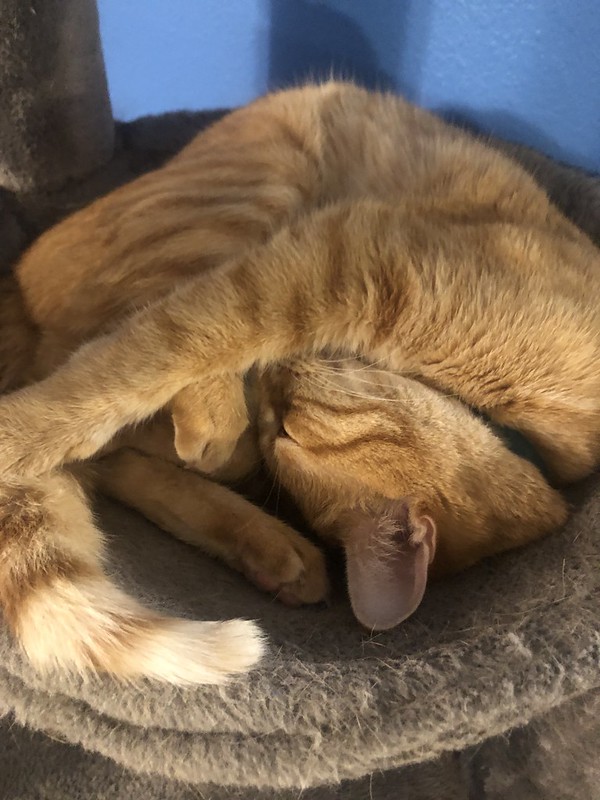 Leo was very much a cuddly cat and would regularly take naps with us, even crawling under the covers. Rusty and Dusty spook at the sound of a pin drop, so they will be cozy and then suddenly up and on the floor with the slightest movement. It’s been a hard adjustment after living so long with cats that wanted to be with you all the time.

But slowly, Rusty, and to some extent Dusty, have become the the cuddly cats that I wanted so badly after Leo crossed the Rainbow Bridge in 2020. He’s not sitting here with me as I type, oddly enough—I think he’s actually on Forest’s bed with Forest, but he’s reliable for cuddling with me on the couch in the evenings as I unwind and watch tv. He’s also reliable for demanding very rough head scritches in the middle of the night, and as obnoxious as that is, I do love it!

Seeing these two come into their own personalities over the last year and a half+ that we’ve had them has been fun to see, especially since they are actual siblings. And that’s also been interesting to see, how they have their own divide about what they like and don’t like. They were hard to tell apart at first but now I can notice mannerisms out of the corner of my eye and know who is coming by.

I love those boys!