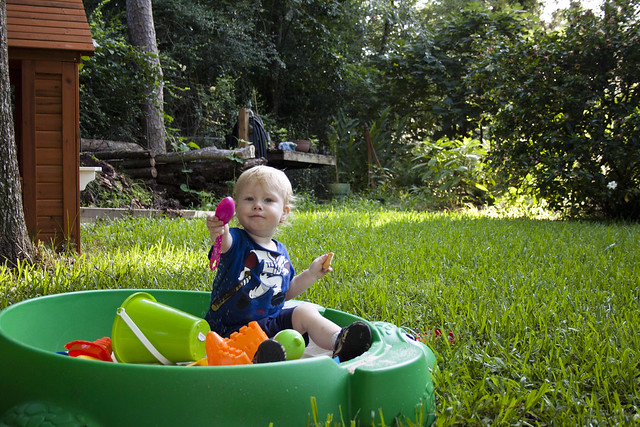 This prompt was a little difficult at first because I couldn’t think of anything big that I said goodbye to. But then I thought a little bit deeper and realized that I say goodbye to a lot of little things throughout the year, in particular things revolving around Forest as his grows up. So, this is a goodbye to the sandbox!

He hadn’t played with it in a couple of years and I would keep asking if I could get rid of it but he would say no. Finally he told me he was done playing with it and that turned out to be a good thing because when I opened the lid, the container was full of water and it was kinda gross. I would have had to start over with new sand anyway if he’d expressed interest in keeping it.

From time to time we go through toys that I see languishing and ask him if he’s ready to pass it on to another kid. Either it will pass on to someone in the community when I post it on Nextdoor or now I have someone in my extended family with a new baby that I can pass things on to. Sometimes I keep certain items for Forest’s hypothetical kids in the far future. The sandbox was cleaned out and went to my family member.

I will miss those days where he could play quietly for 20-30 minutes while I pulled some weeds or worked at the potting bench. We got rid of the small playhouse behind him in that photo, mayyyybe during 2020 but it might have been 2019. It’s been gone a while but it was also a big gaping hole of memories when it went away. He loved playing it, and of course doesn’t remember it that much now. Good thing I do have photos! 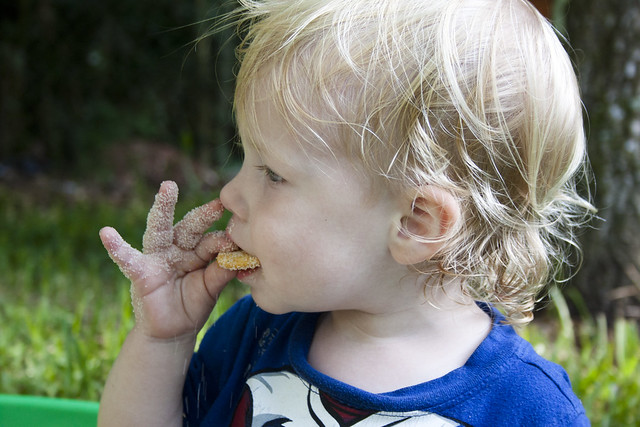 New recipe coming soon: Ritz Crackers with Play Sand. Simple, easy, and even your toddler can join in on the making!