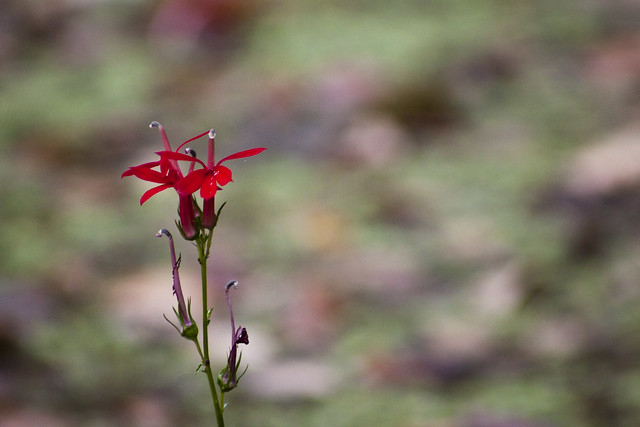 It seems January is blazing right on by, doesn’t it? We still have a week and a half or so left but typically January is one of those months that seems to never end. Maybe because we’ve had so much planned the last few weeks that time seems to be zipping on by. The warmer weather and the feeling as if spring is imminent isn’t helping. It makes me feel behind in gardening.

One thing I need to do is assess what blog posts I need to write over the coming weeks. I haven’t shared much in the last few years from trips we’ve taken because I got tired of writing what amounted to Trip Reports. Which means I have things to share from Alaska in 2019 still as well as Arkansas in 2021, Florida and New Mexico in 2022, plus a plethora of hiking outings in between all of that. The best thing I find that works is if I draft all of the photos for each post first and then come back and write in each of them when I find the time. But I also need to find the time to draft all of those photos, many of which are on Flickr already but some I still need to process.

When my computer started having issues last year I made an effort to start backing up some old hard drives into a secondary drive and have looked back over a lot of photos from Florida that were never edited. Many were before we had a dSLR so a lot are on Flickr but I often have memories of places but realize we never had photos because we didn’t have a tiny computer in our pocket with a camera feature—so those memories will always be memories. But I am thinking of bringing some of those photos back up and writing about them with a different perspective. A lot are in my Really Old Archives which I don’t even link to here anymore but I search through them sometimes when I need to jog a memory or figure something out. Nevertheless, there is plenty to write about here and I should spend the time a few days a week sharing more.

This month I’m working on not watching any streaming services and instead spend my time doing any number of other projects I’ve had on my list. Or going to bed on-time instead of staying up for bedtime procrastination. It’s mostly working, though I have done some of the procrastination in bed while scrolling through my phone instead of reading. It’s a process….

What’s on the weekend agenda? I had planned to go over to Watson Rare Native Plant Preserve to do some volunteering on their monthly work day but weather is thwarting that. Instead I will do chores and some organizing, and some gardening that needs to get done. Forest has been wanting to go to the Lego store so we may drive down to the mall where it is located and I need to run to Target. All very mundane things but all things that need to happen. The seeds won’t stratify themselves and the toilets certainly don’t clean themselves. And between all of that I hope to take some naps and do some reading and creative projects!

Hope everyone out there has a great weekend!