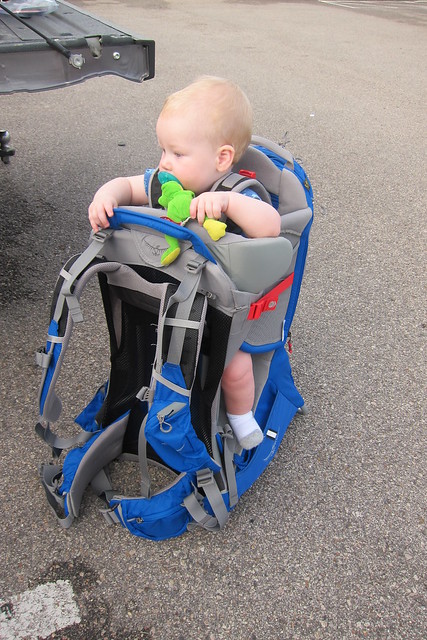 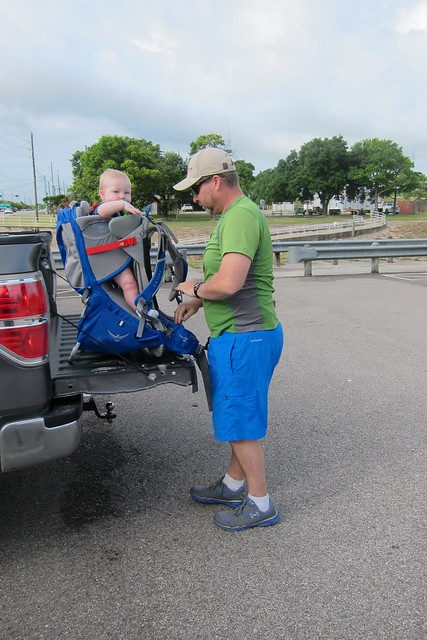 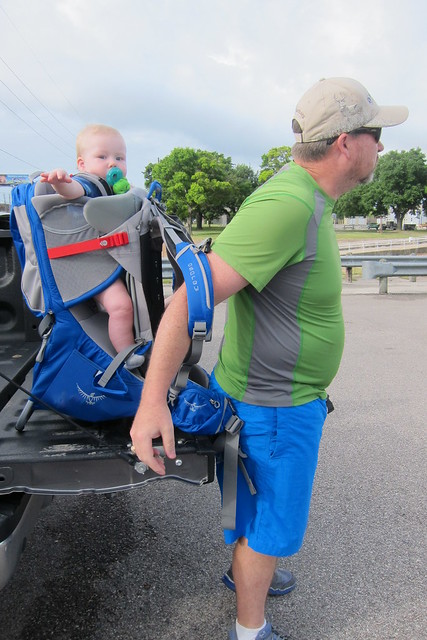 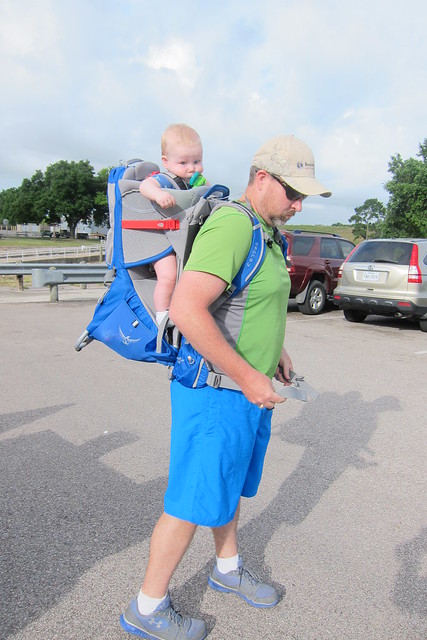 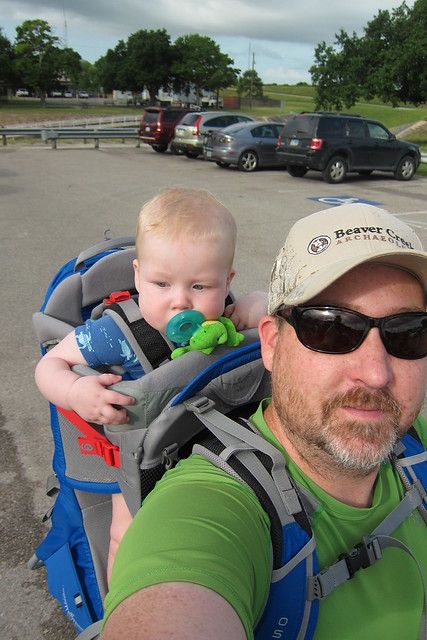 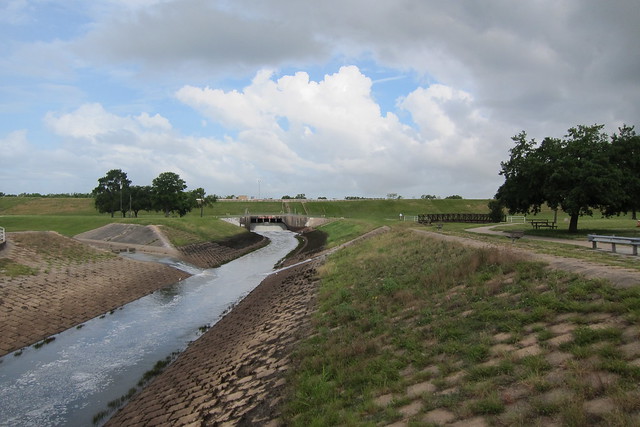 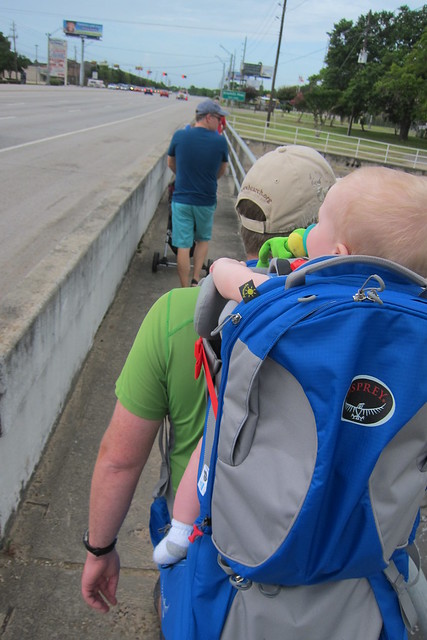 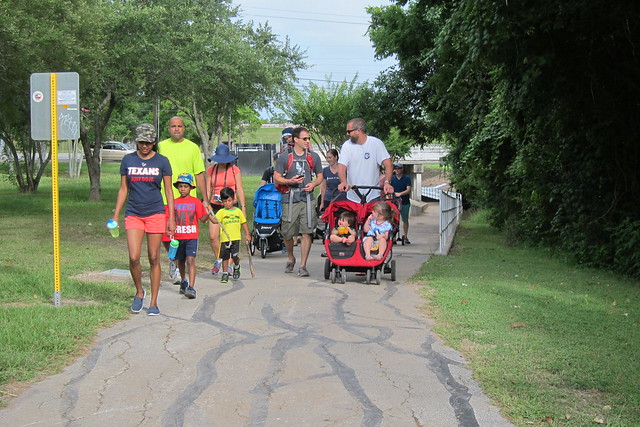 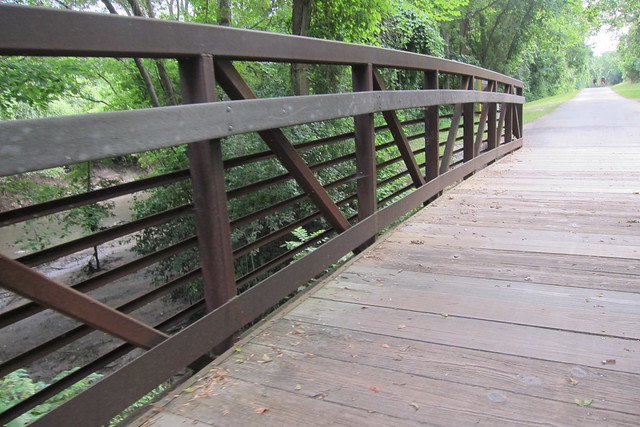 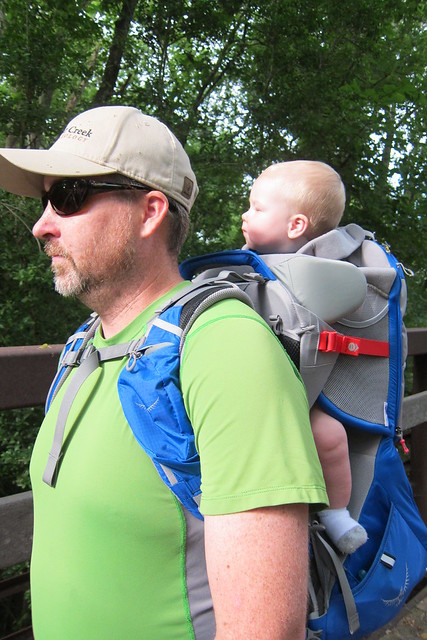 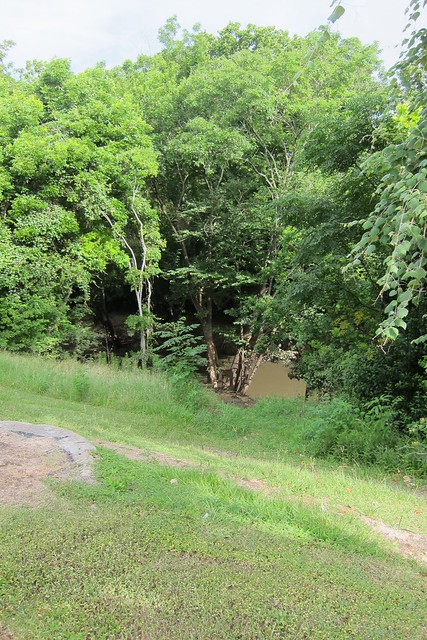 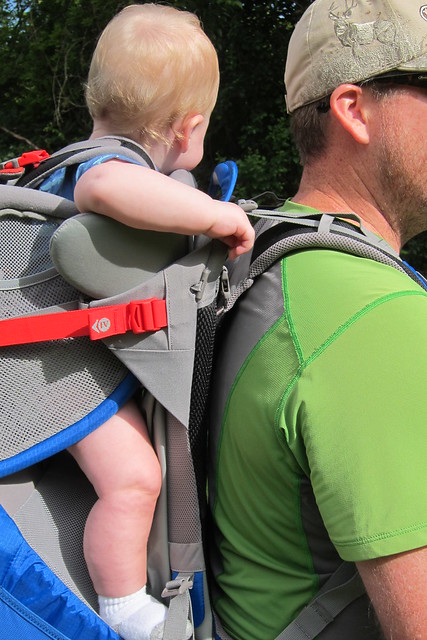 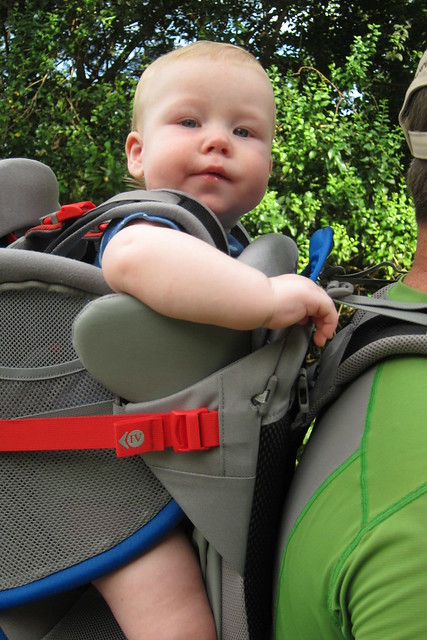 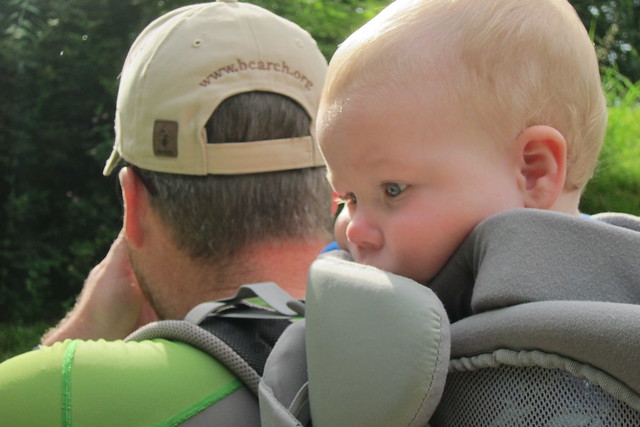 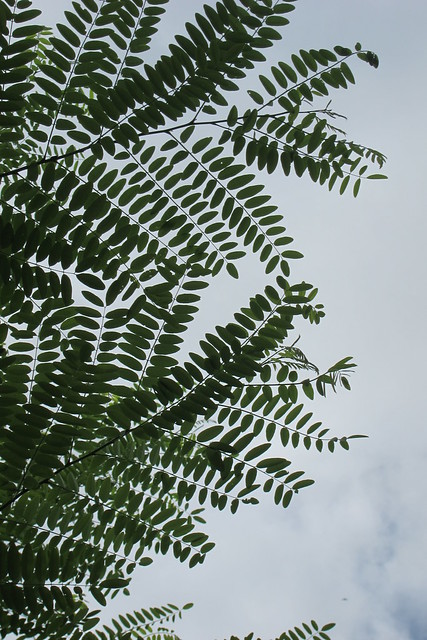 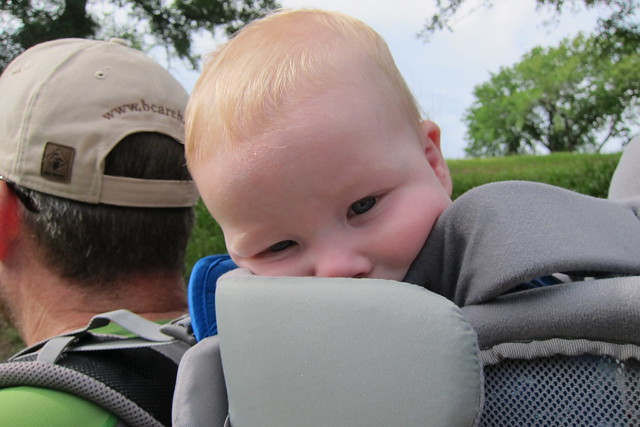 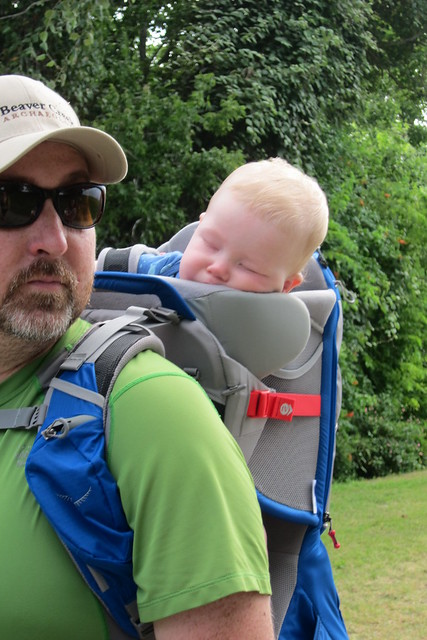 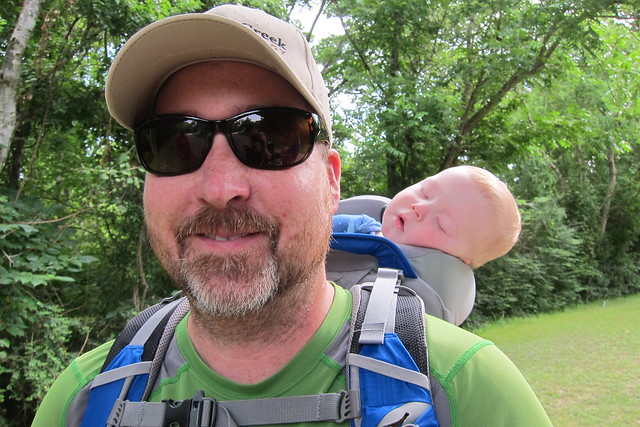 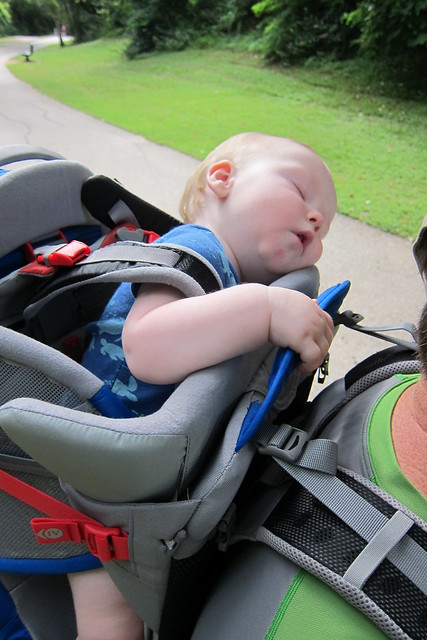 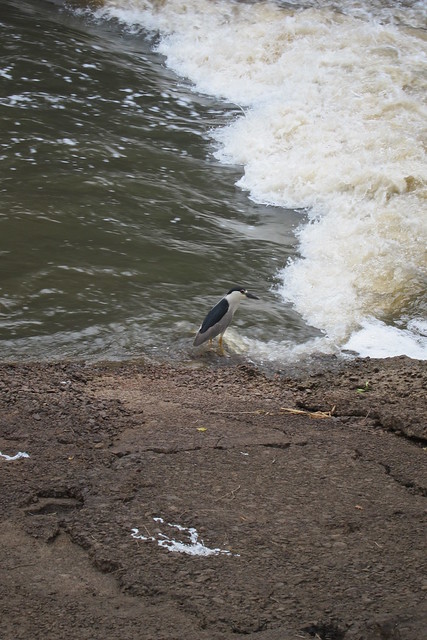 I mentioned Hike it Baby a few posts ago in my link roundup and that I was going to try to go on one with Keely last weekend. Well, we did make it despite some passing t-showers that were coming in off the Gulf. It didn’t threaten to rain until we were about to leave the hike anyway.

We met at a parking lot at the outlet of the Barker Reservoir/George Bush Park in Katy. Terry Hershey Park is a greenway that lines Buffalo Bayou heading east towards Houston. I hadn’t seen Keely since 4th of July in 2013. We’ve kept in touch via email, blogs, and Facebook during this time so sometimes it feels as if we’ve met more frequently than that. Keely had her third son 2.5 months ago and had been in need to get outside and stretch her legs postpartum so she met up some other Hike it Baby groups recently and decided she wanted to lead her own hike.

There was quite a crowd, a diverse one, too, that showed up for the walk. It was just a 2 mile out and back walk down the paved path along Buffalo Bayou. Chris and I decided it was time to get our big backpack carrier out and try it for this walk. Once we put Forest in and he decided he liked it, we realized we should have used it the last two camping trips we’ve had. I think it is going to change our hikes now! Forest seemed content the entire hike and even fell asleep in the carrier on the way back.

I’m hoping to lead my own hikes around my area of town in the near future. We’ve got several great open spaces around here and I’d like to get out and meet other people as well as introduce some nature to some folks. Maybe sometime in August I can get something lined up for an early morning hike or stroll.

You can read Keely’s write-up about the hike here.