This year the bees have been doing very well. Last year we had the freak freeze/ice storm in early March just as we were leaving for Florida. We had left the hive unprotected and thus at least half of the bees perished. It was touch and go for awhile and then we ended up with a bad hive beetle infestation. I believe Chris pulled only a comb from the hive, giving us a quart of honey for last year. It was rough last year for the bees. Chris got the hive beetles under control and has been able to take care of the bees better this year and so we ended up with an almost full hive this summer.

Chris got in the hive a week ago so that he could harvest honey for the year. The bees had done a lot of cross combing so he ended up taking off more combs of honey than anticipated. That yielded 3 gallons of honey for us! Ok, it isn’t all for us, we shared! I stayed inside and shot photos from our little window in the stairwell while Forest played before bedtime. I did dash down to Forest’s bedroom window to try to get a different angle, too. Hopefully next year I will be able to help out again, but we’ll see. 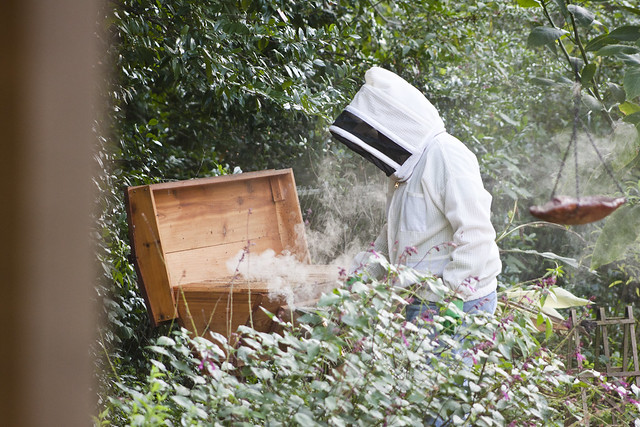 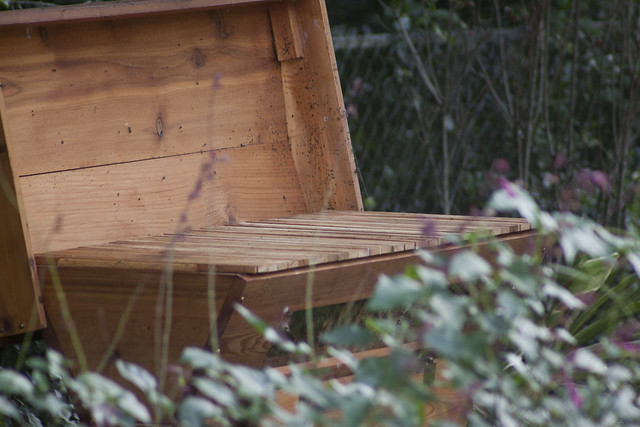 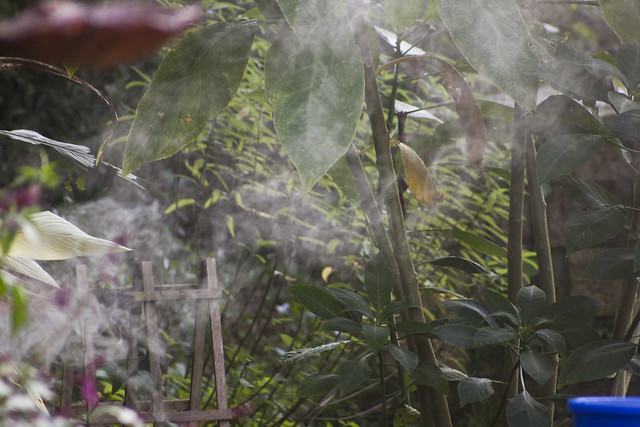 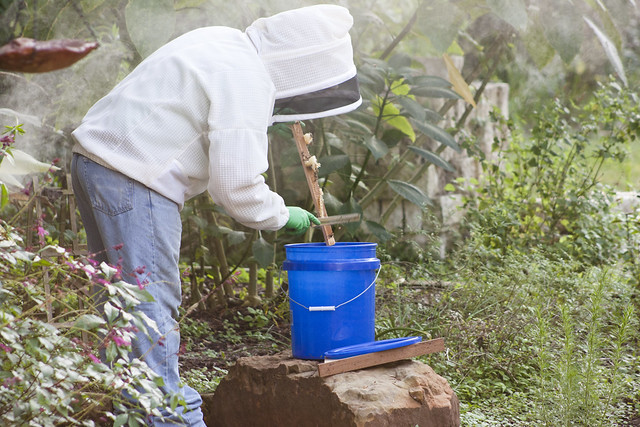 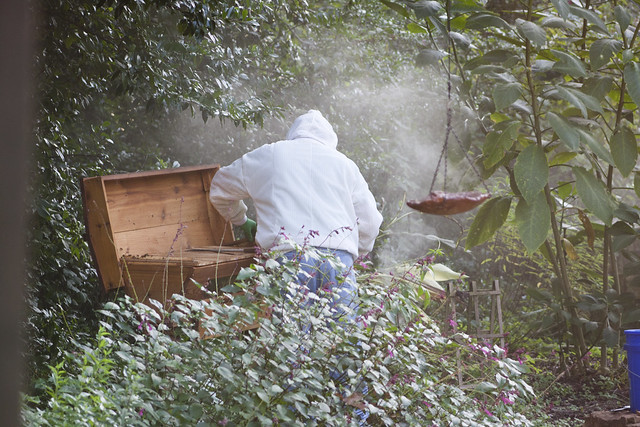 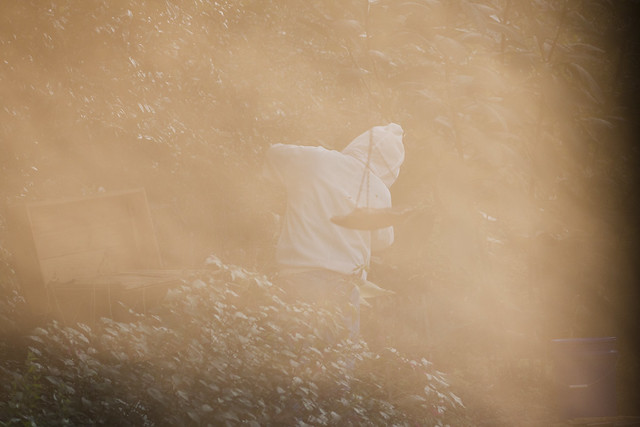 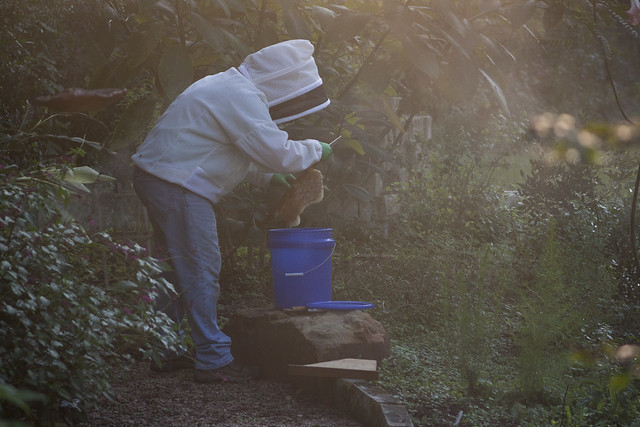 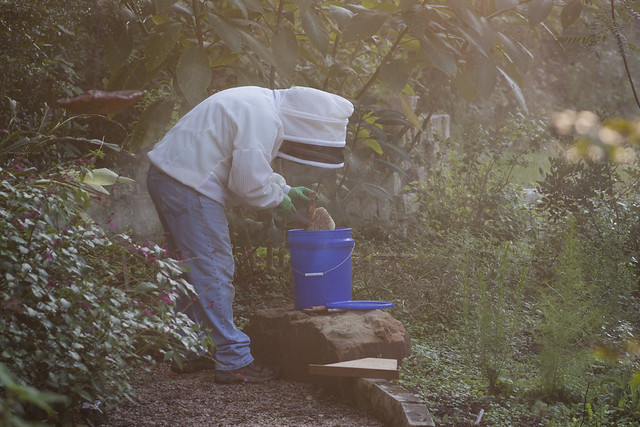 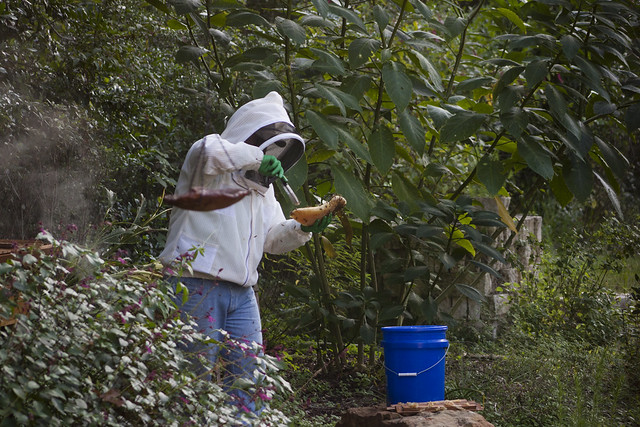 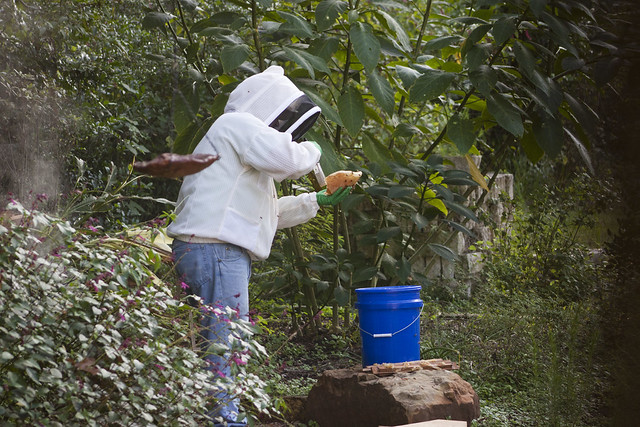 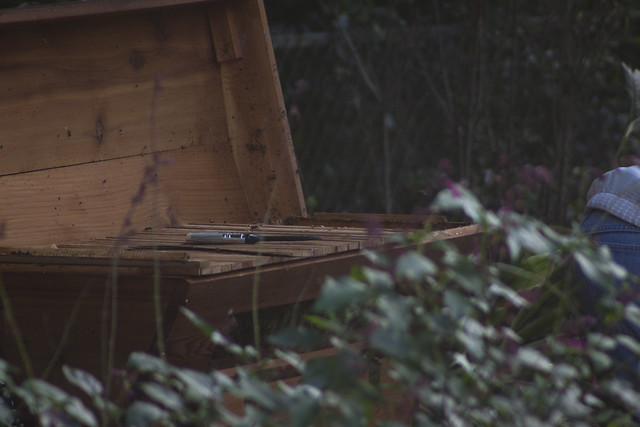 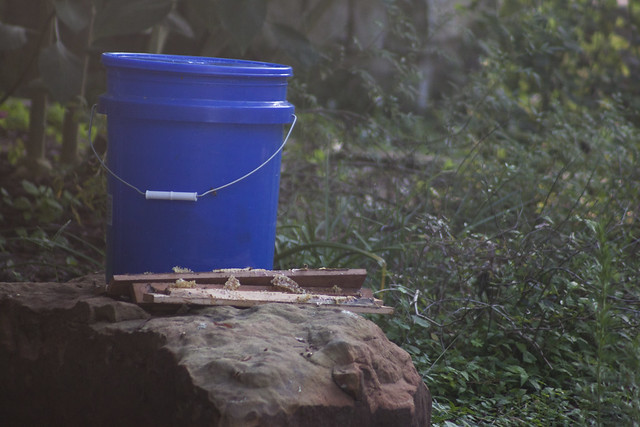 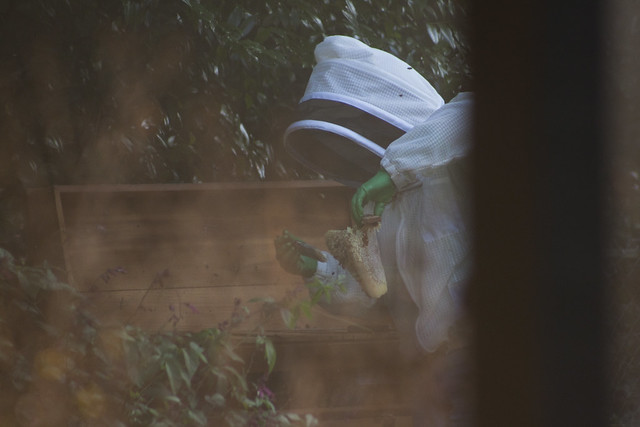 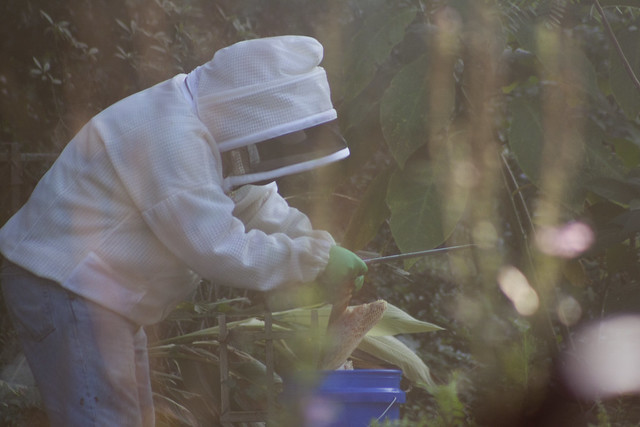 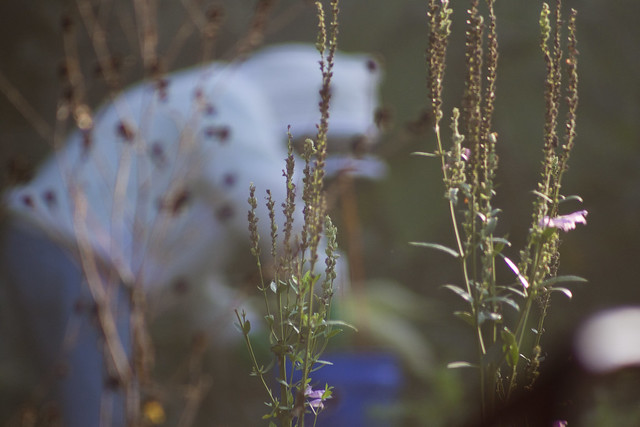 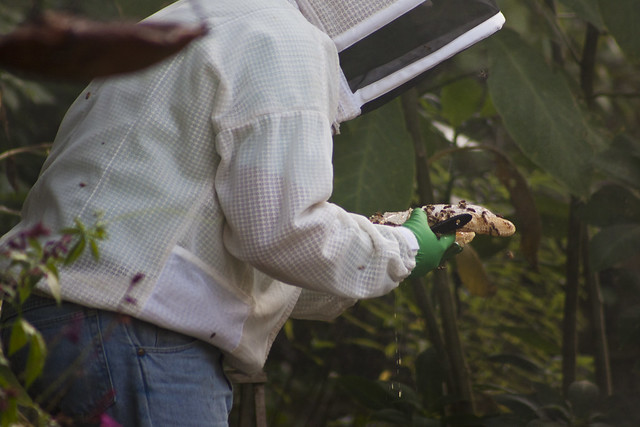 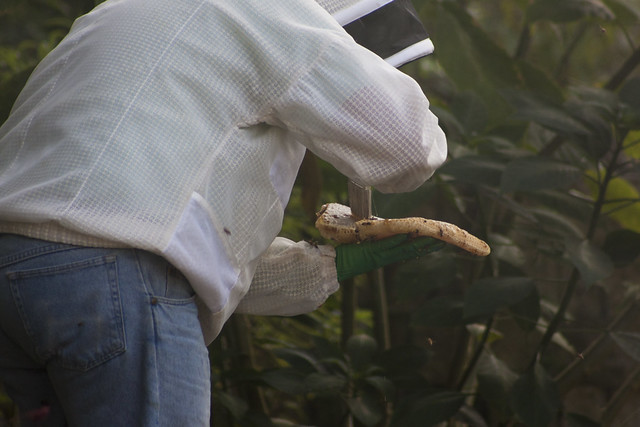 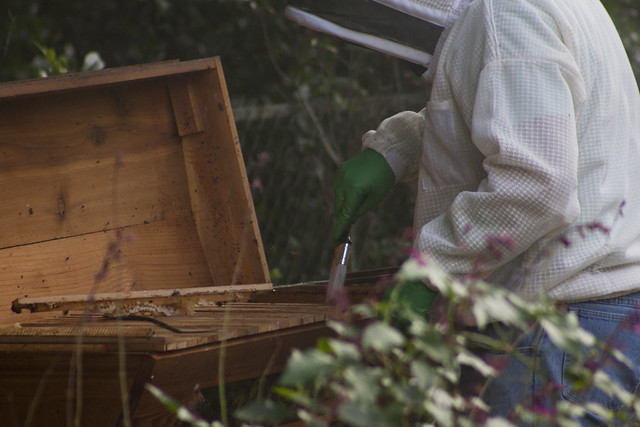 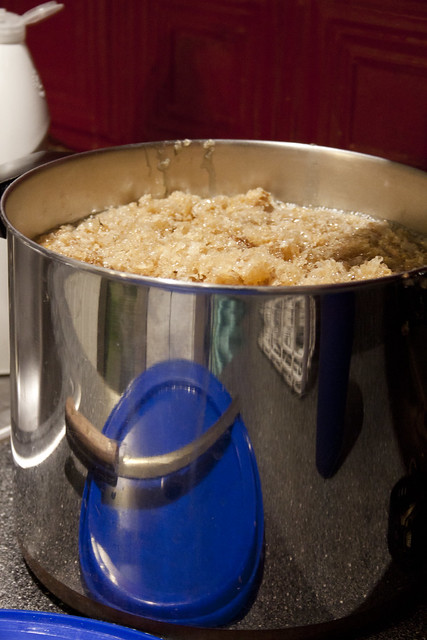 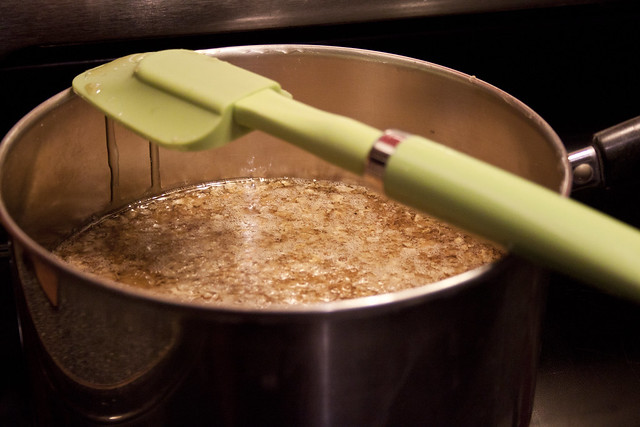 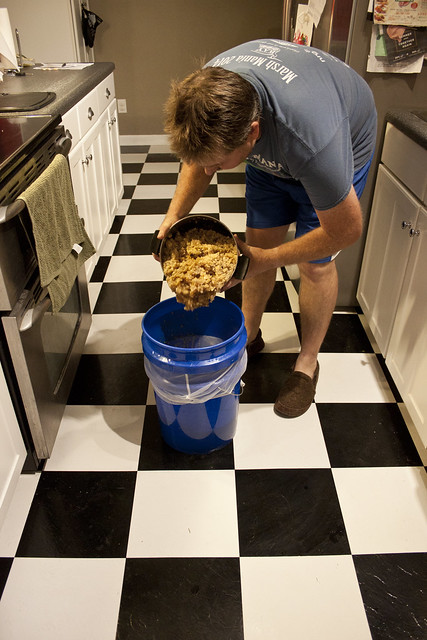