While in Austin a few weekends ago we happened to be looking for another place to explore after Chris dropped by a plant nursery near Georgetown. He came up with Berry Springs Park and Preserve, a Williamson County park. On first glance when we pulled into the park I was a bit skeptical about what we would find, however we ended up being pleasantly surprised! 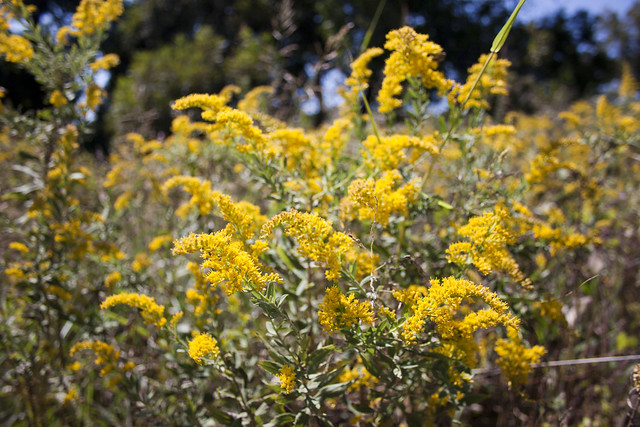 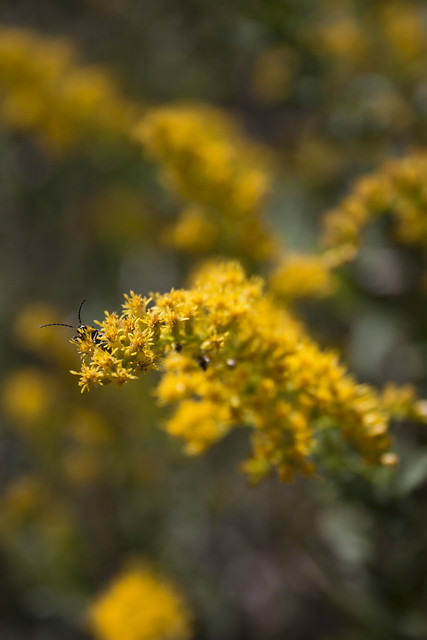 Goldenrod were afire on the edge of the prairie when we arrived. The park was busy but not crowded. In addition to there being a large open space along with a gorgeous pecan grove, the property was an old homestead as was evident by the old buildings in the central area of the park and the remanent donkeys behind the abandoned buildings. Elsewhere around the park there are camping opportunities! I thought that rather unique for a county park. 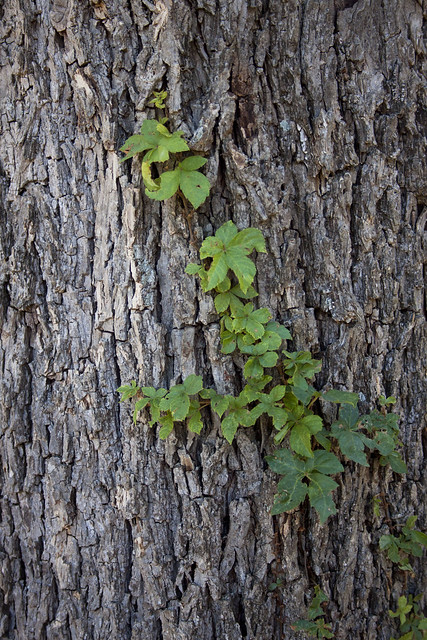 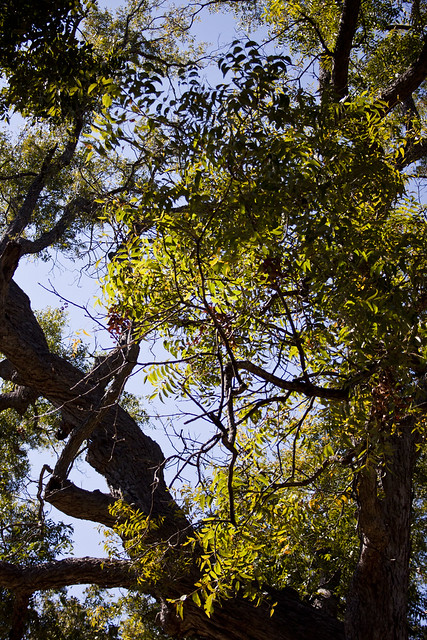 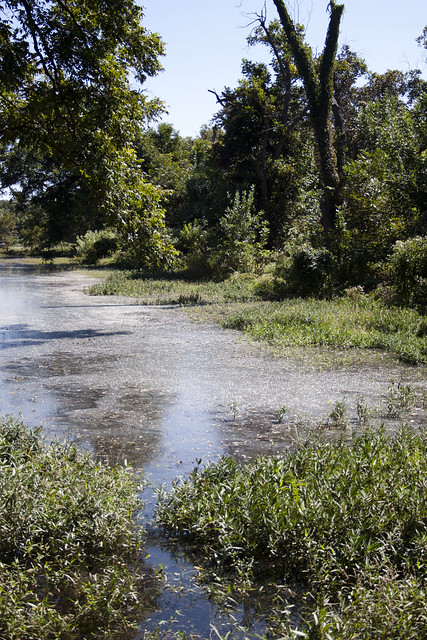 One end of the very clear pond. 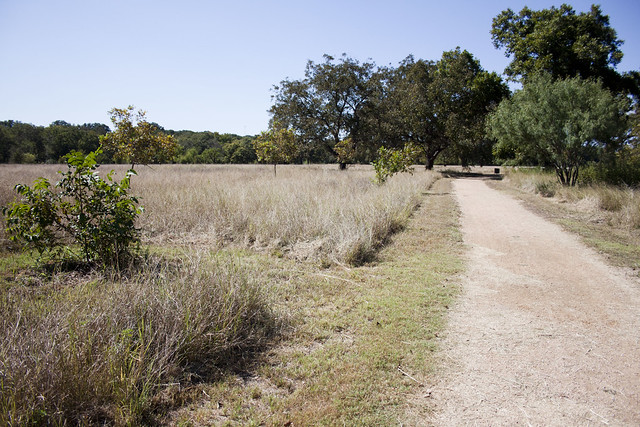 The trails were open for the most part and while it had been cooler that morning the temperature had warmed up considerably and we were feeling it in the prairie. 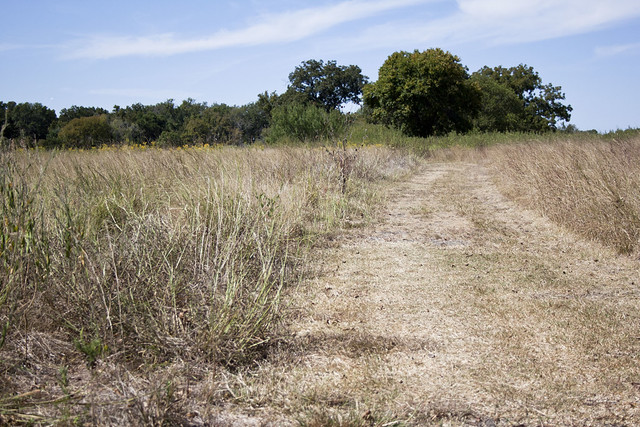 There was not a lot in bloom on the prairie for this time of year, however the blooms we did see brightened the browns of the grasses quite nicely. 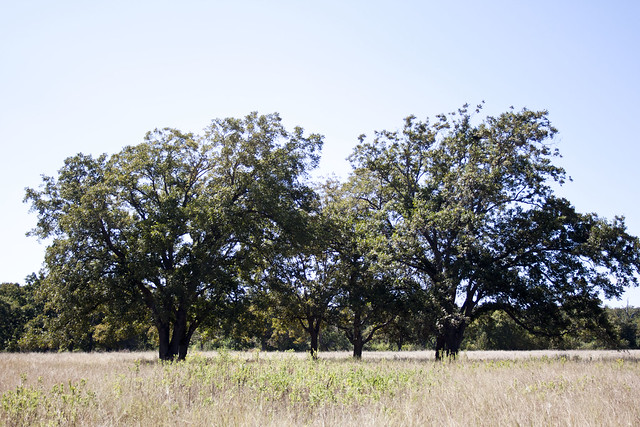 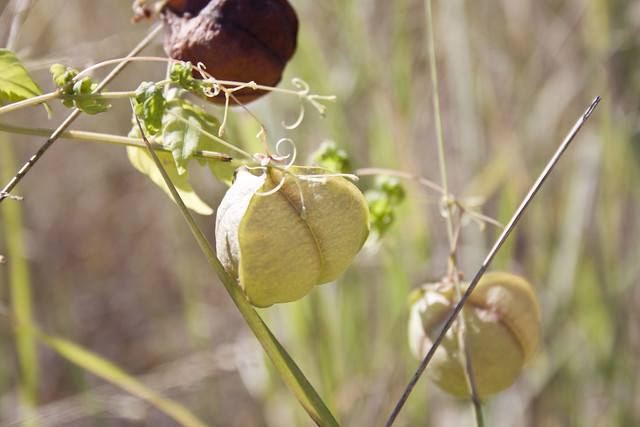 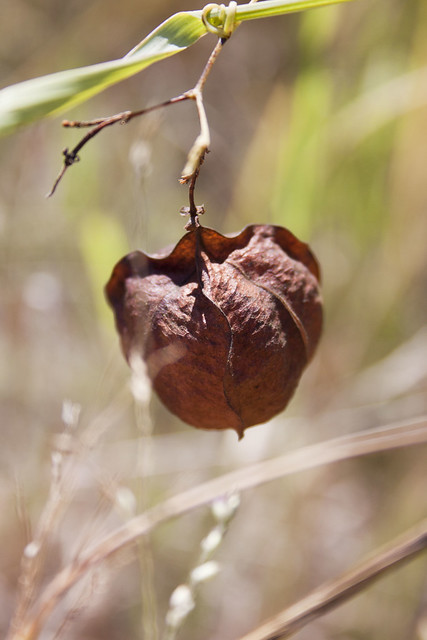 This is some kind of ground cherry/Solanaceae that I haven’t been able to identify. Anyone? 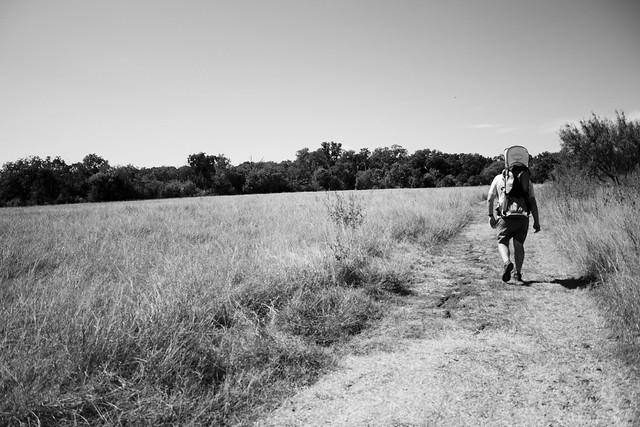 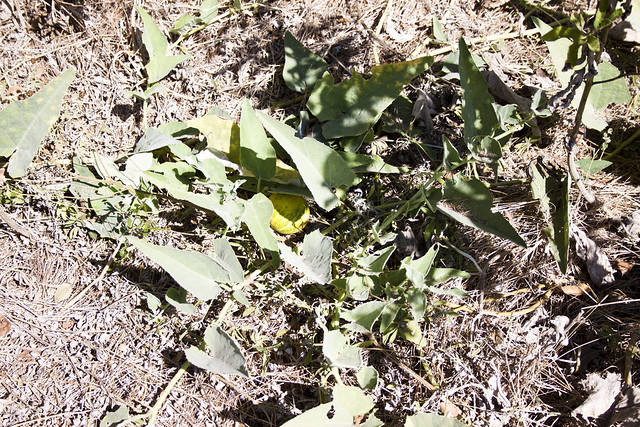 I saw this interesting vine and couldn’t figure out what it was. I almost nabbed a fruit for identification and seed saving but ended up leaving it. Later when we were at the Lady Bird Wildflower Center I found it in their garden with a sign, Cucurbita foetidissima, aka buffalo gourd. Check out that second link, it has a lot of fascinating information about the plant as well as an awesome shot of its root system! 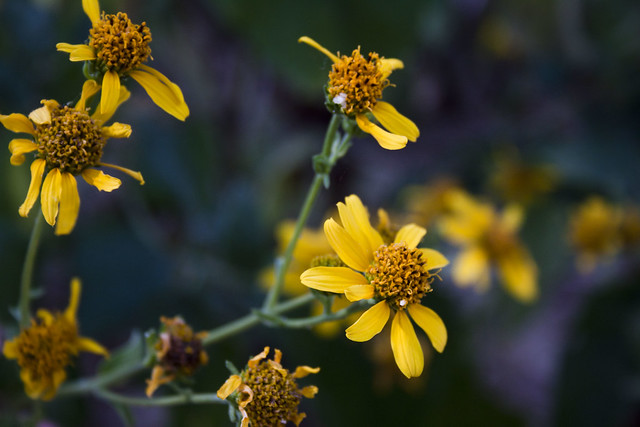 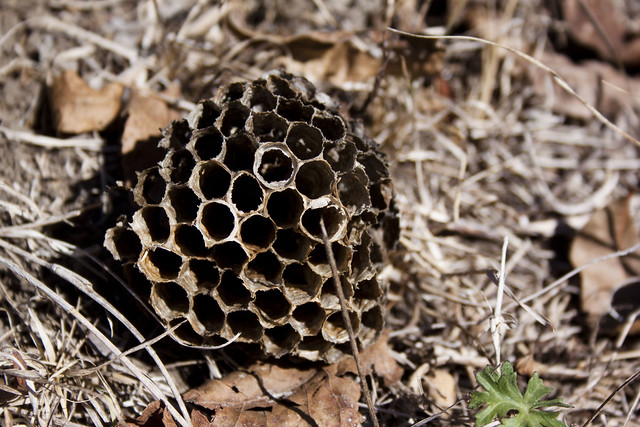 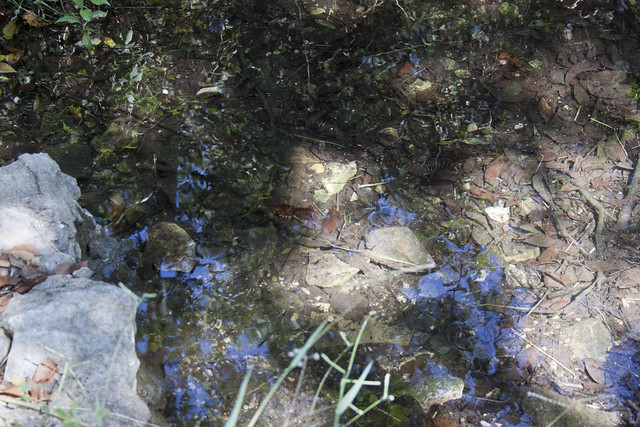 After we wound around the trails in the prairie and passed some other primitive but very pleasant looking campsites, we found ourselves back near the stream and pond. The water was very clear and I spotted a crawfish hanging out on the bottom. 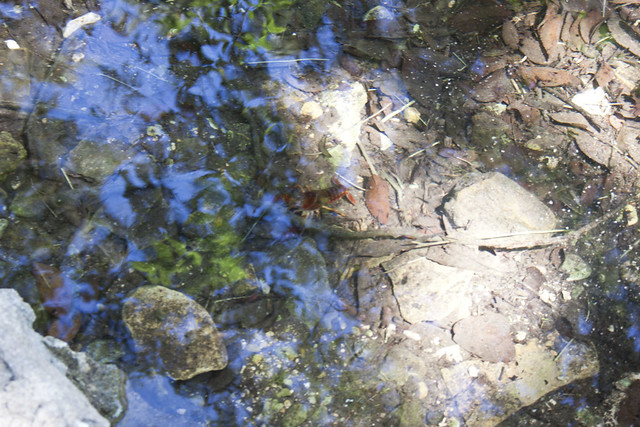 I tried to get closer but ended up scaring the poor thing. 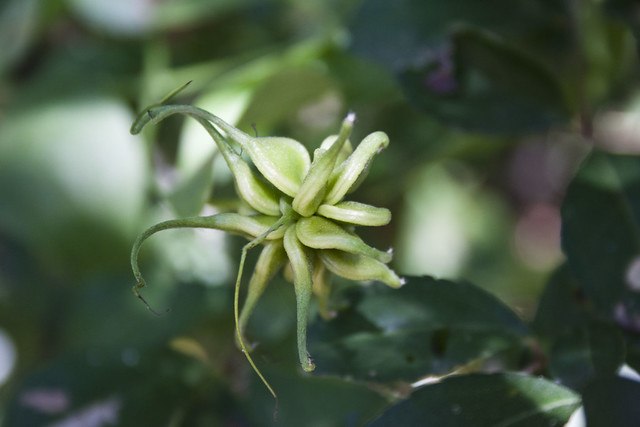 Back in the shade along the stream, the path meandered along some wetland areas. I found a seed pod to a Clematis which we later found a flower to identify at C. pitcheri. 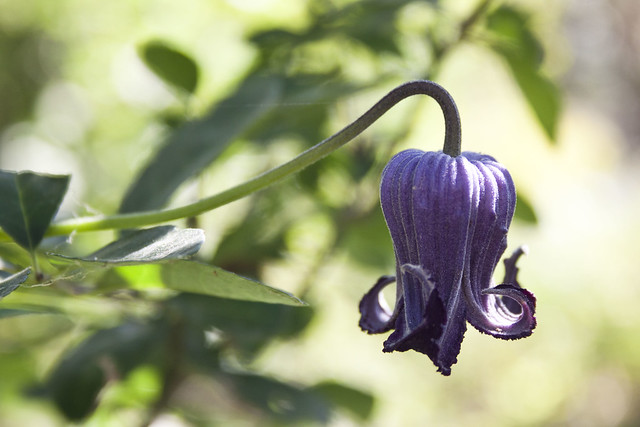 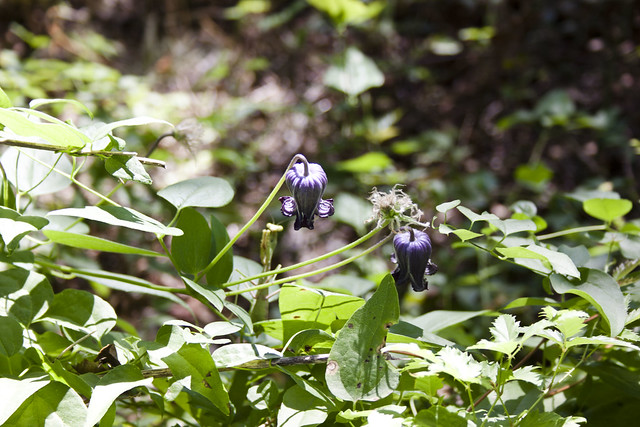 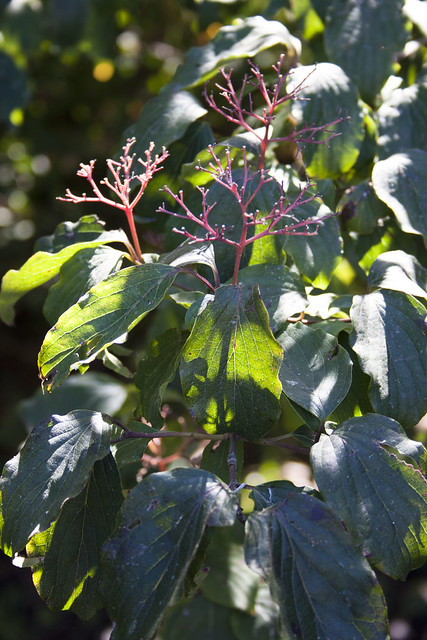 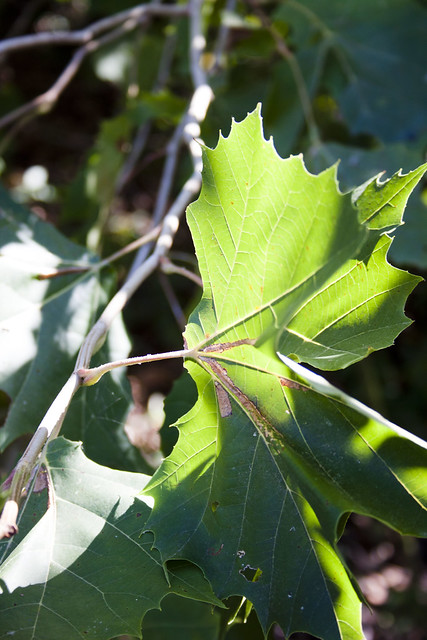 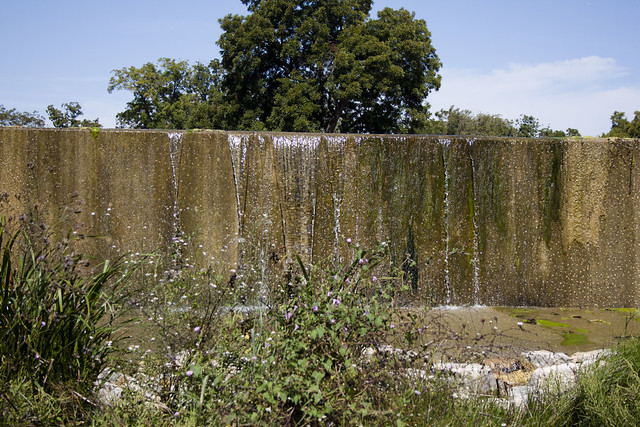 The pond spillway near the back path. 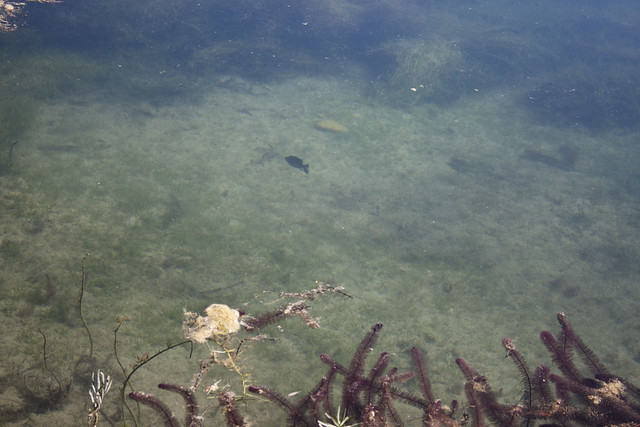 We ended up at the fishing pier at the pond after our hike and ended up staying there a bit longer than anticipated. A woman and her two kids were attempting to fish and she was having trouble getting the tackle on the pole. She asked Chris for help and well, Mr. Fisherman that Chris is, he helped the woman and tried showing them how to catch the fish. I think he would have stayed all day if he could. 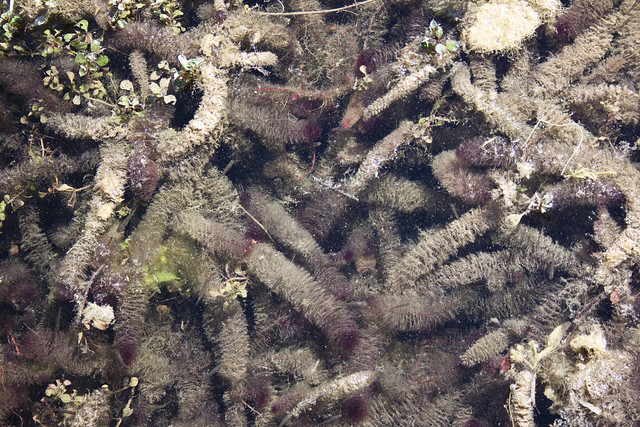 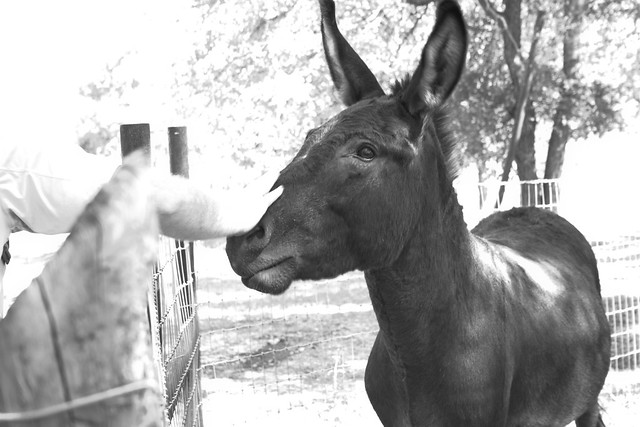 One of the donkeys at the abandoned house in the middle of the park.

This is a cute little park and definitely an asset to the local residents. I don’t forsee this being a destination for out of town visitors but for locals in the Austin area looking to diversify their outdoor experiences and find an out of the way park that might not be known, definitely stop in and visit this place. The pecan grove at the front of the park is gorgeous and begs to be picnicked in! Throw some frisbees, run around. Maybe get a campsite. It’s a great park for being in a suburban area!