We first hiked this loop back in late March when Forest was almost 7 months old! This time we opted for a clockwise route instead of the counterclockwise route. 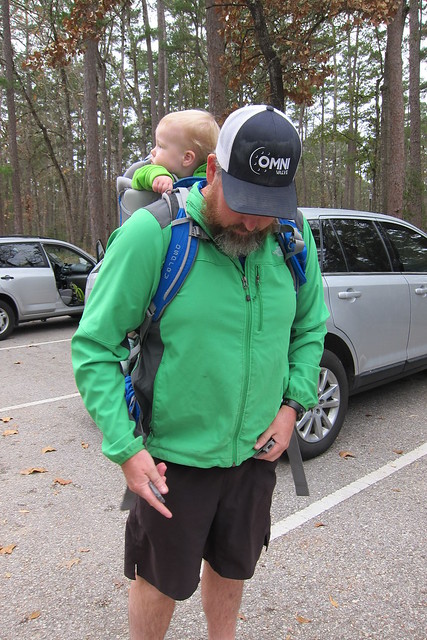 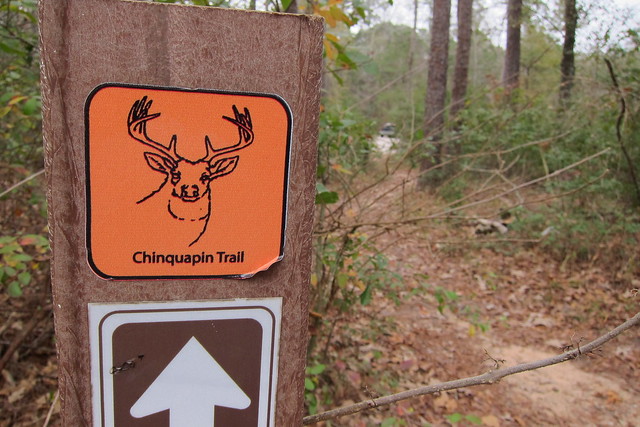 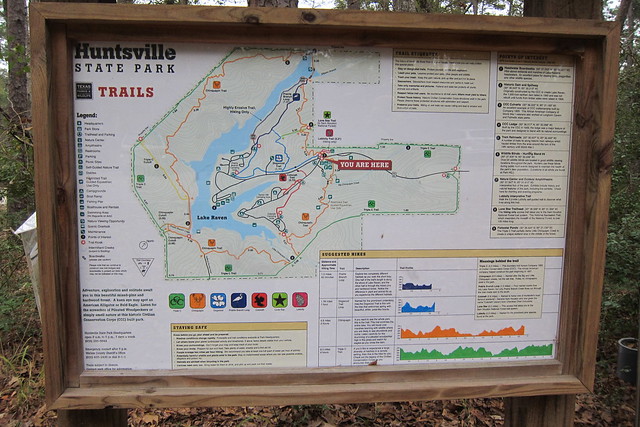 The trail is the orange line on this map. 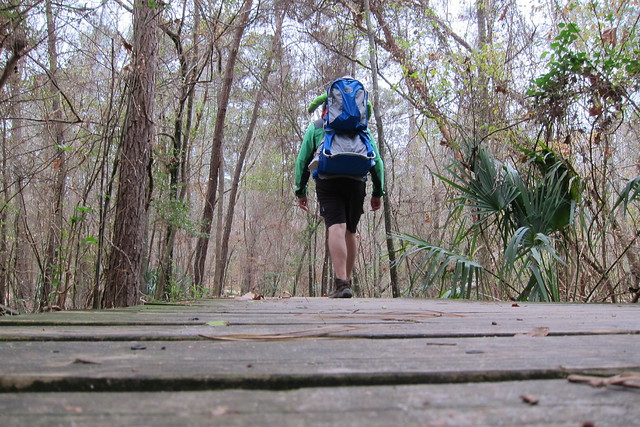 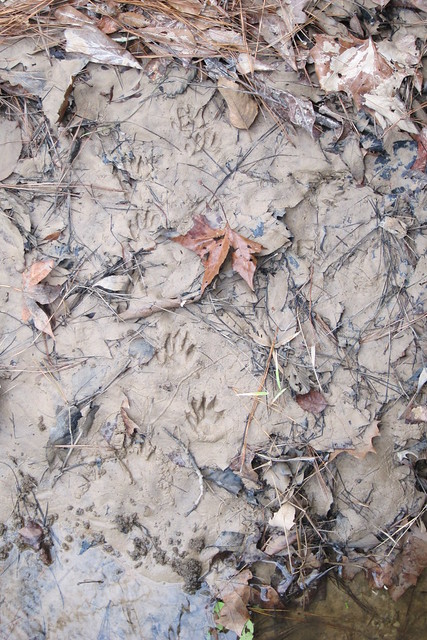 It was a little chillier than I expected when we set out that morning and I was thankful that I had a hoodie on my fleece jacket. The sky was overcast and while there were some storms west of us in Austin, we didn’t expect to be impacted during our hike. 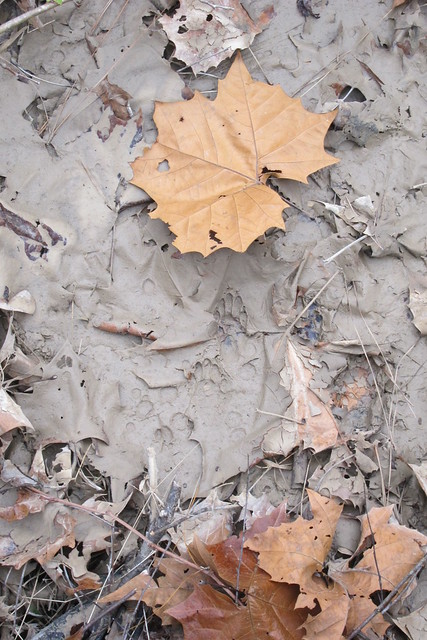 There were lots of prints in the first creek crossing we visited, some we could identify and others we couldn’t. Chris mentioned wanting to keep one of those laminated track guides in our packs for reference in the future. 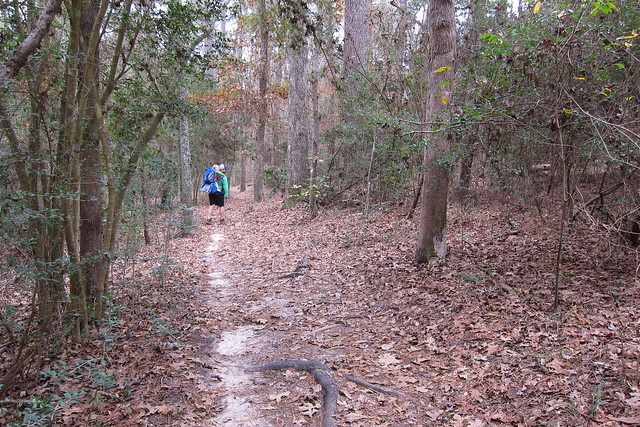 For the most part the trail were rather quiet but we did encounter several different groups of people, some even in the farther reaches of the loop. 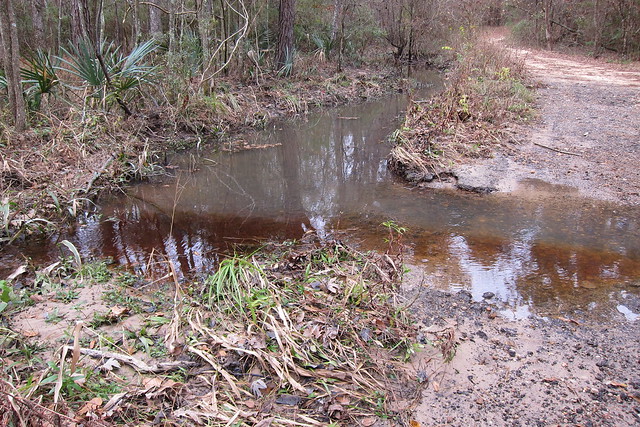 This was kind of cool to see at another stream crossing, the merging of a muddier stream with a clear, tannin colored stream. 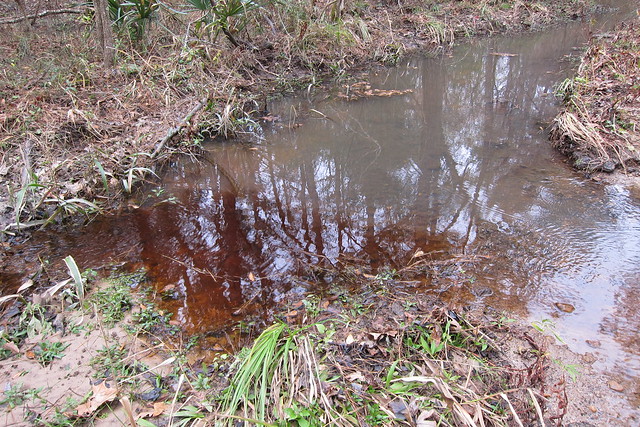 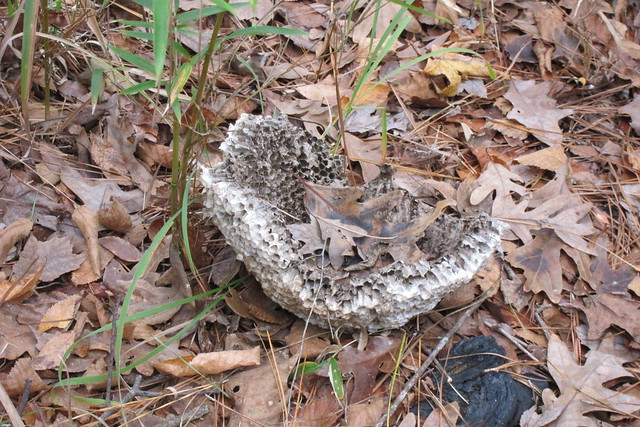 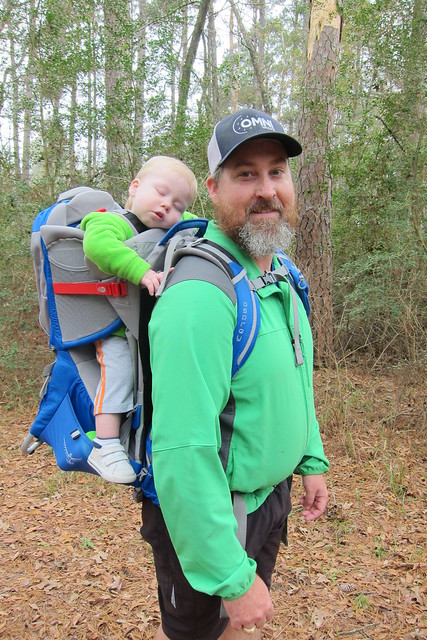 Finally, a nap for the little dude! 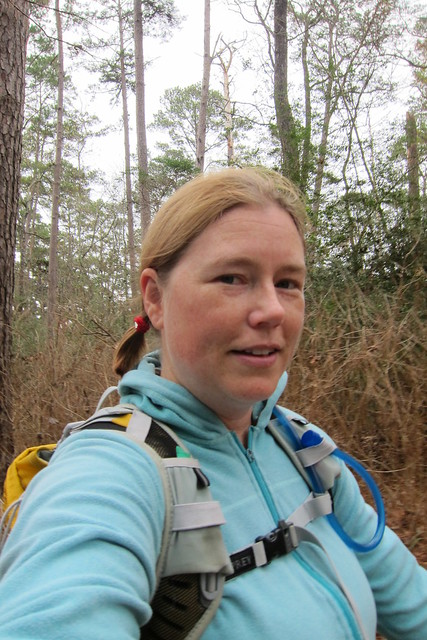 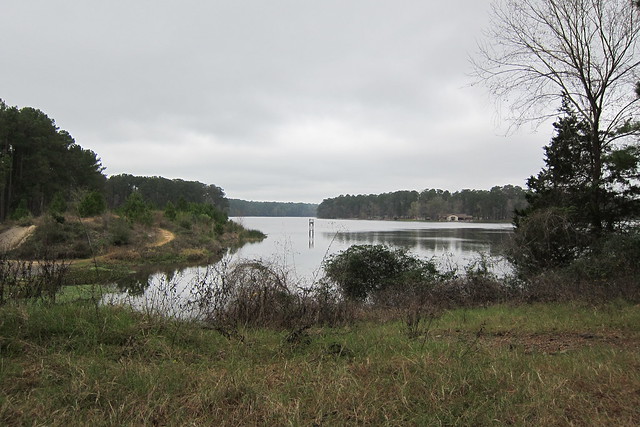 When we got to the west end of the lake at the dam we opted to cross over the dam as there was no water flowing over the spillway and a few other people were already on the dam playing around. It cut off maybe a half mile for the day. 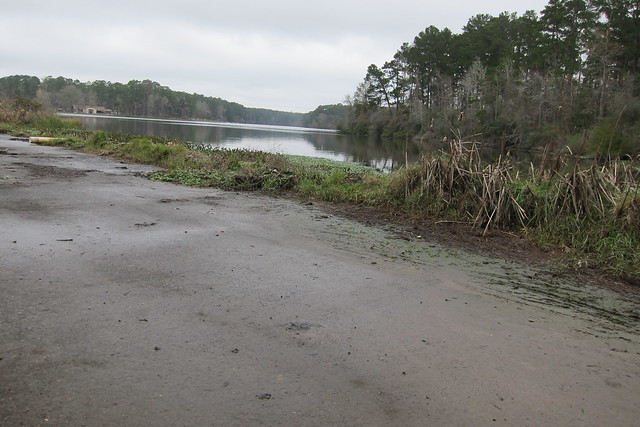 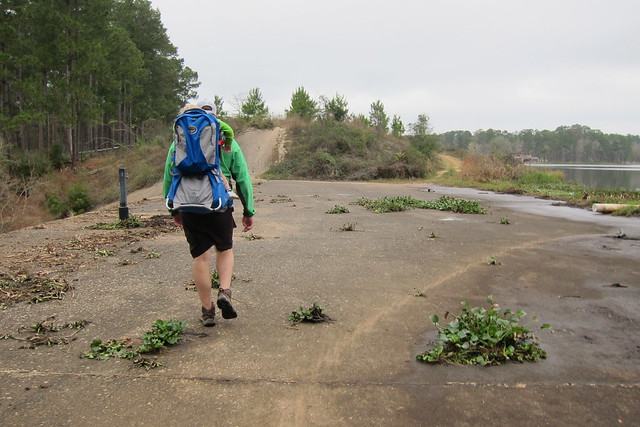 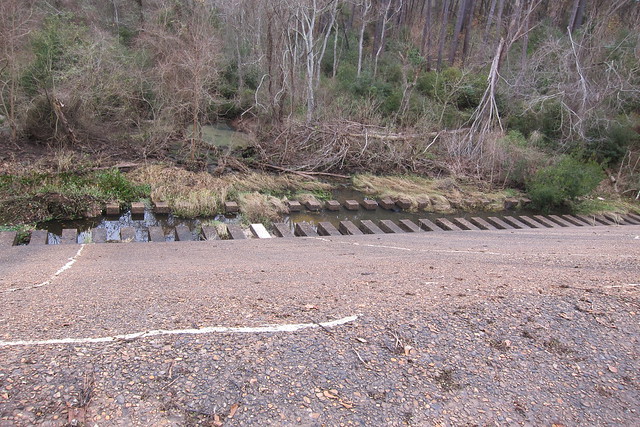 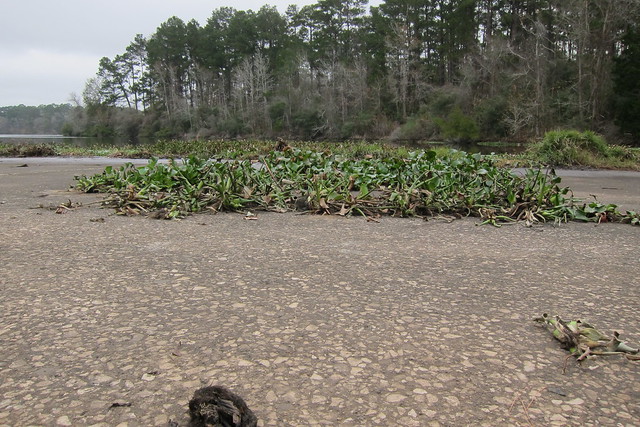 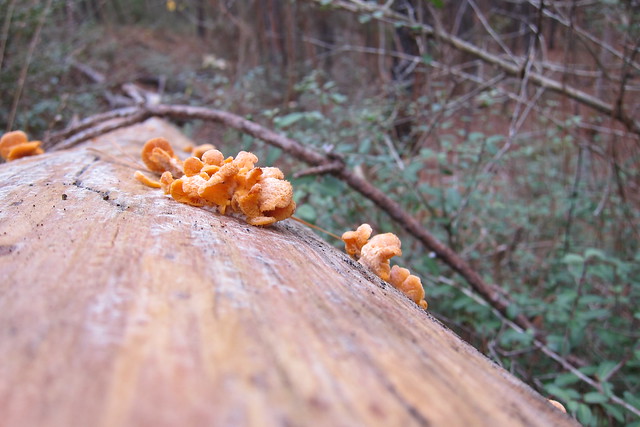 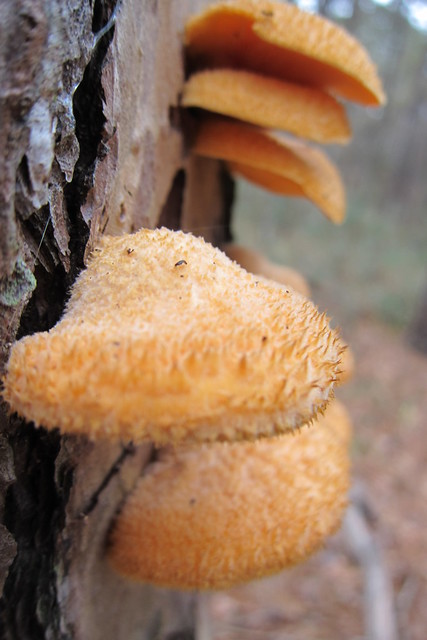 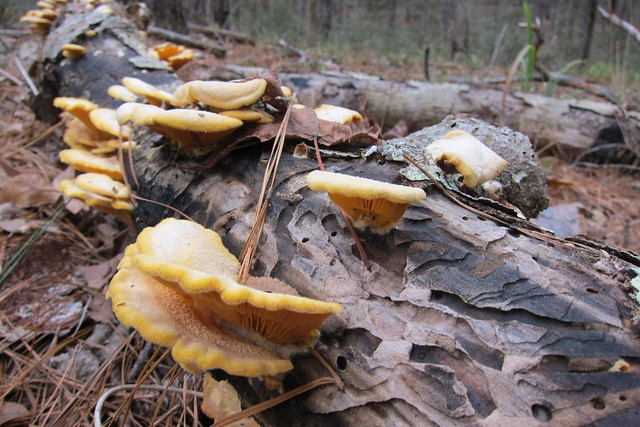 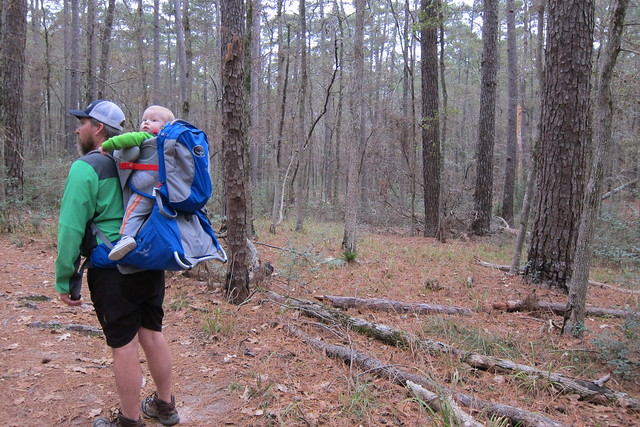 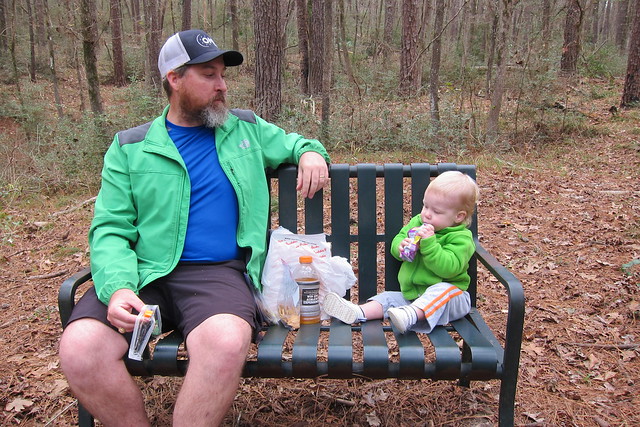 We took a lunch break a little over halfway through the hike. Forest woke up from his nap and needed a diaper change. Chris checked the radar and it looked like showers were cropping up so we opted to eat quickly and book it for the trailhead. 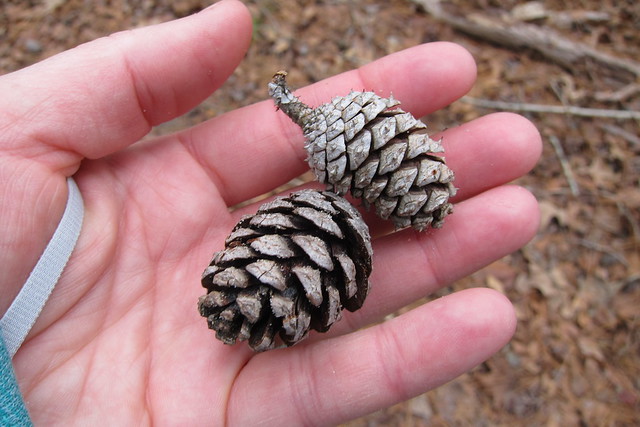 On the way back we found a grove of short-leaf pines, Pinus echinata. They are small and cute pine cones! 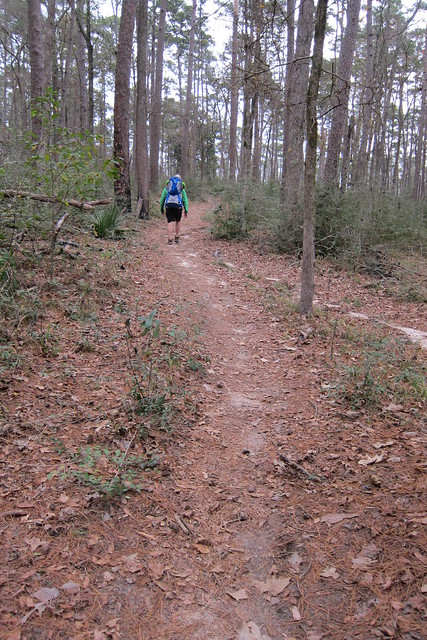 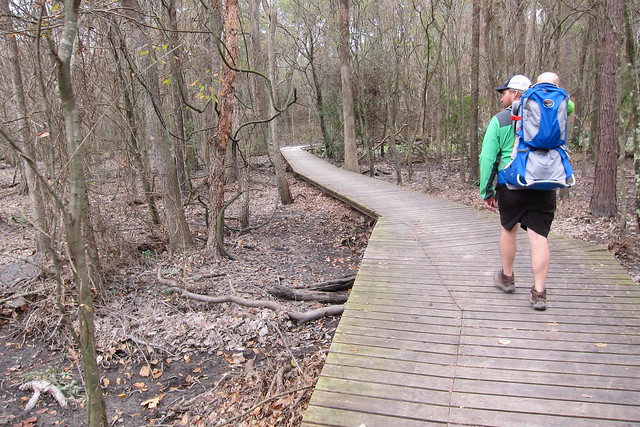 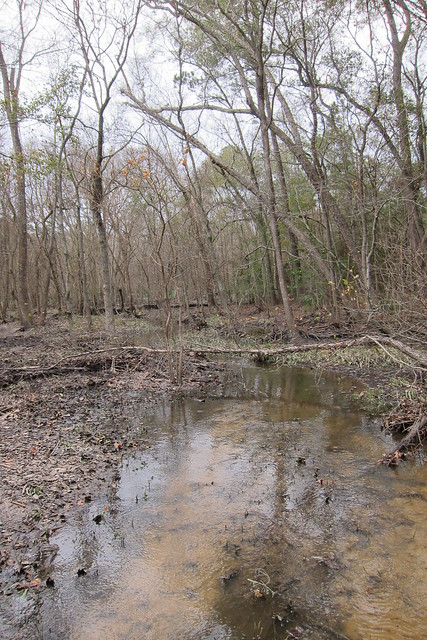 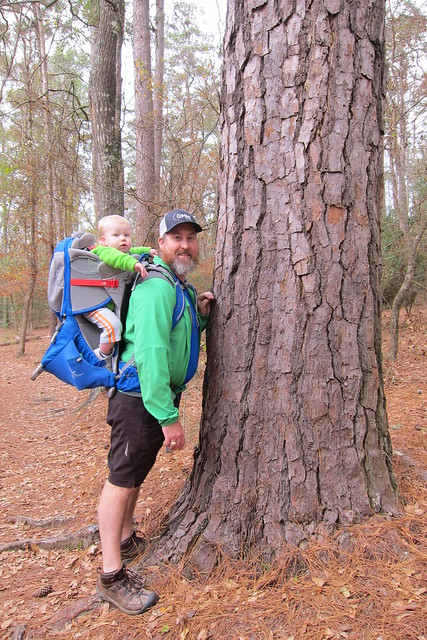 We were almost back to the car when the sun poked out for about 15 minutes. The sky lightened and the storms that might have appeared, never came.

Overall, it was another great hike on the loop!