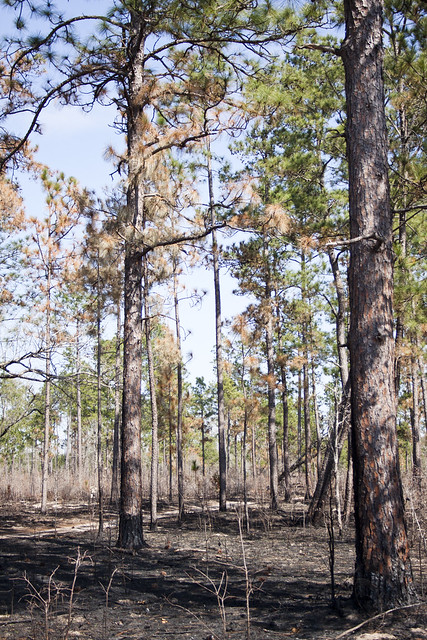 If there’s one place in Texas that might have tinges of Florida in it, it would be the Roy E. Larsen Sandyland Sanctuary. For starters, this is a very well managed tract of land protected by The Nature Conservancy. When we arrived at the park we saw that there had recently been a burn throughout many areas of the pinelands. It was hard not to imagine thickets of saw palmetto in the understory but of course this is where habitats diverge and reality hits that this is Texas, not Florida. 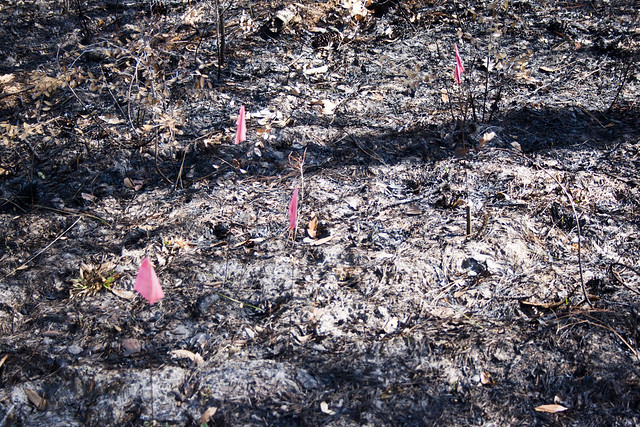 Chris had been to the sanctuary several years ago but it was my first time. He knew where a few important and protected species were located but when we scoped them out they had been burned through, so no vegetation was visible. Fire is an important aspect to this habitat so these species will be just fine and seeds will germinate later this spring. 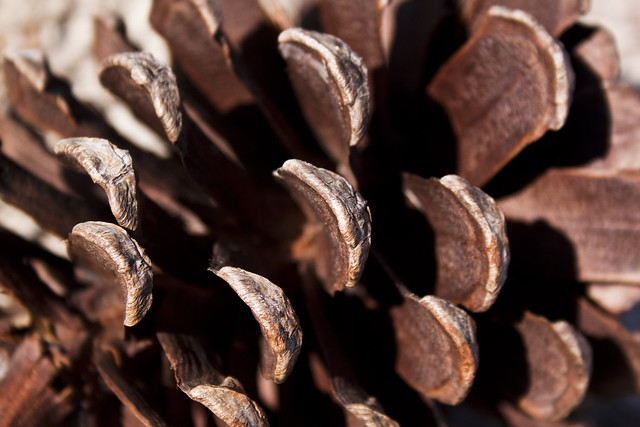 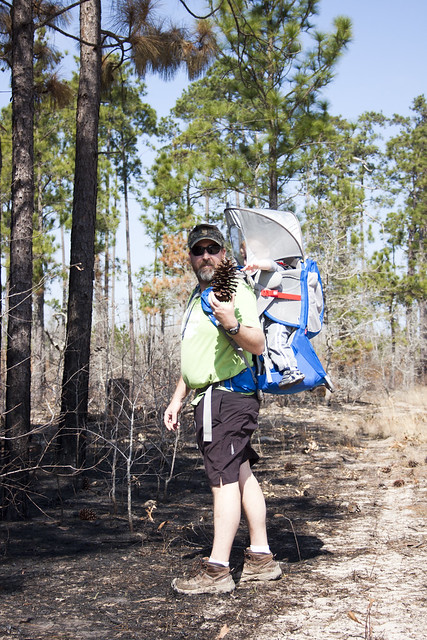 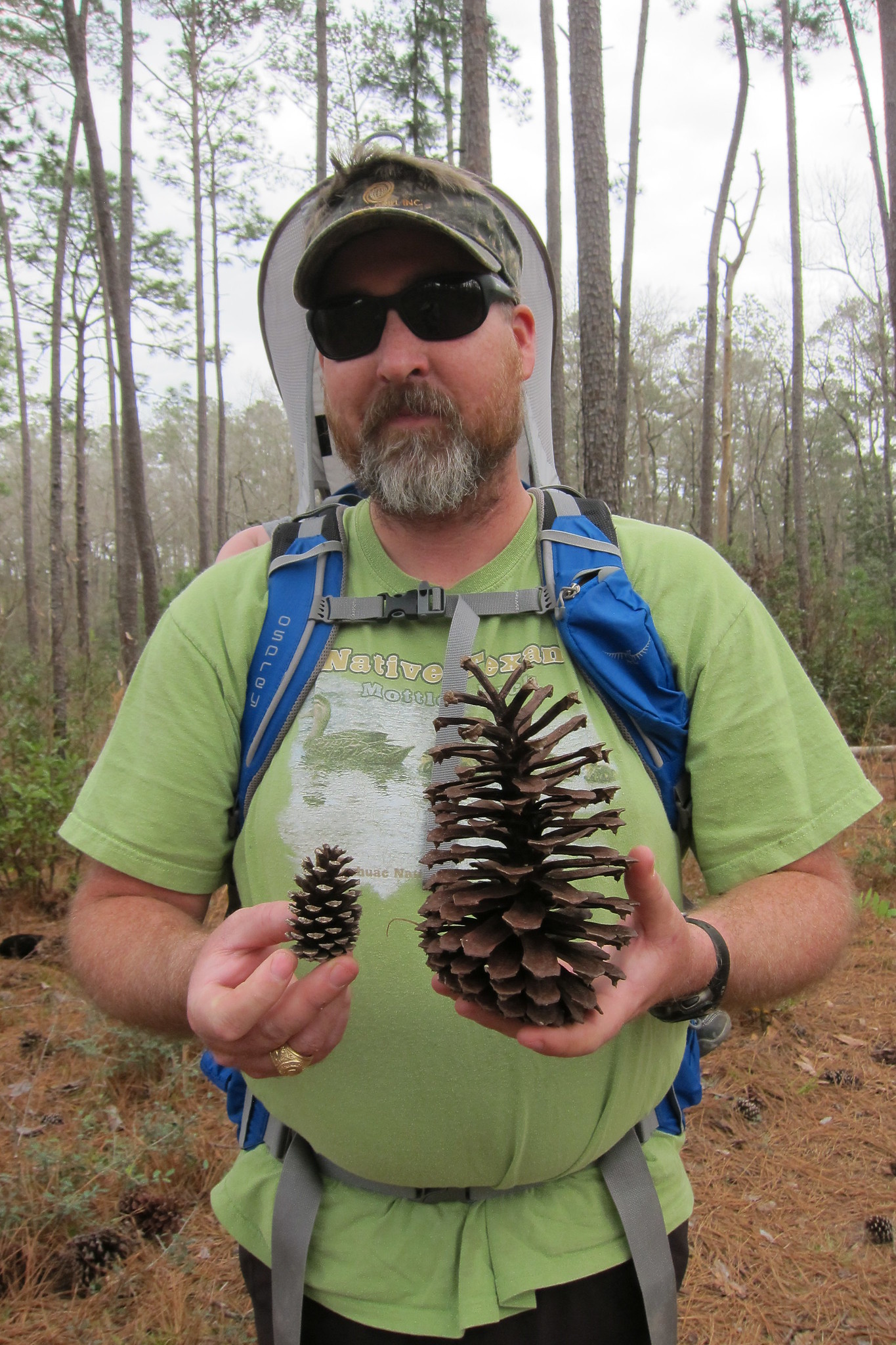 Longleaf pinecones were quite abundant and it was quite fun to hold them in our hands and compare them to loblolly pine cones, and the much smaller shortleaf pine cones. You can see Chris showing the comparison between the shortleaf and longleaf pine cones in the last photo. 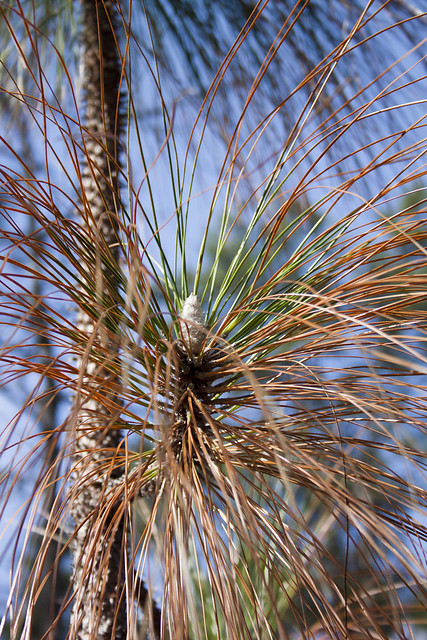 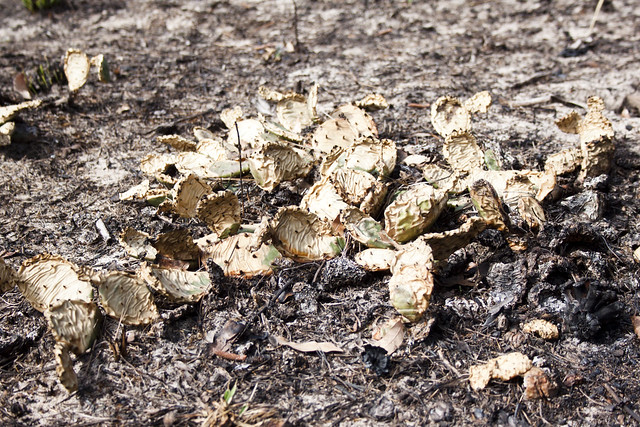 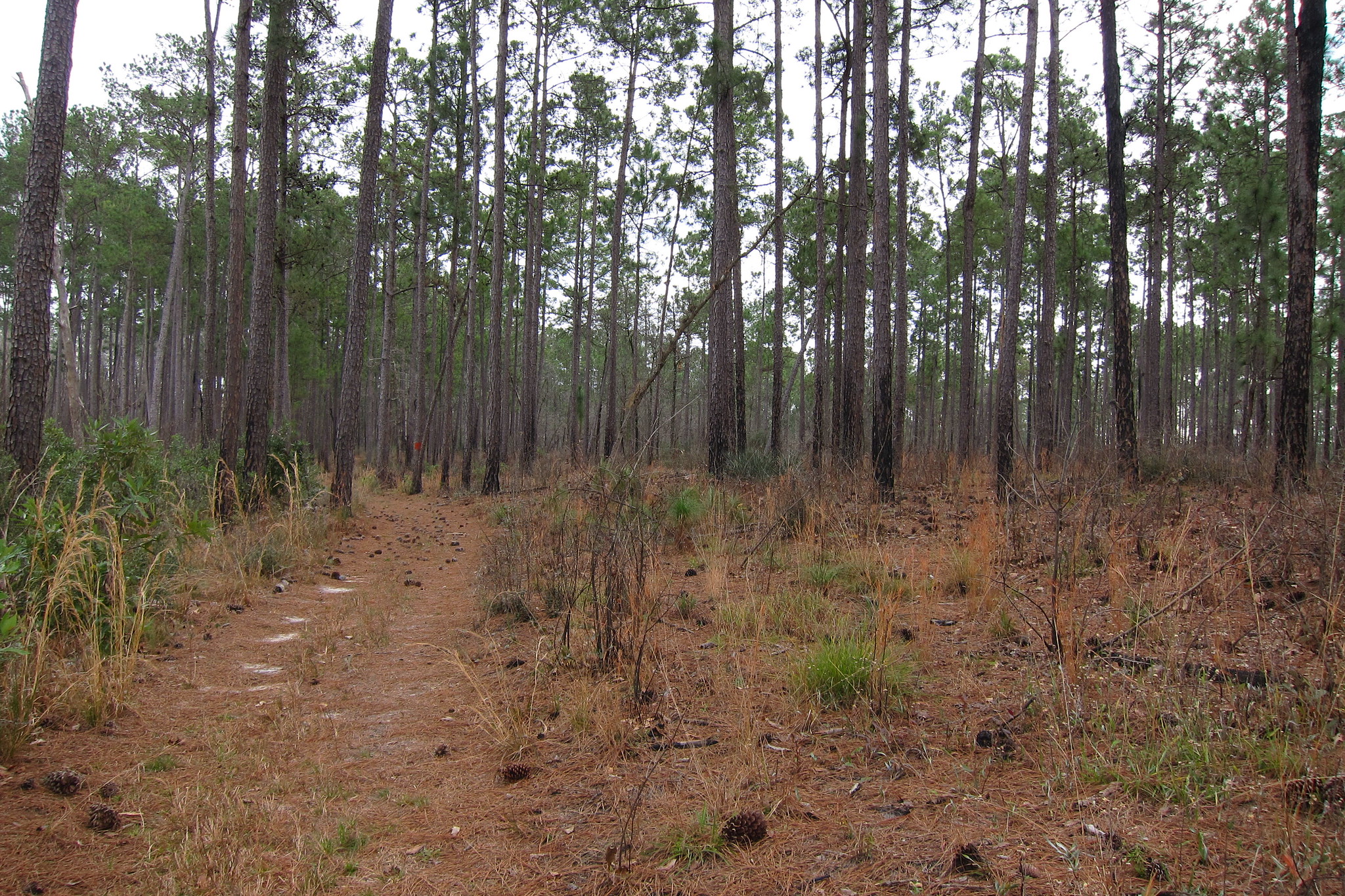 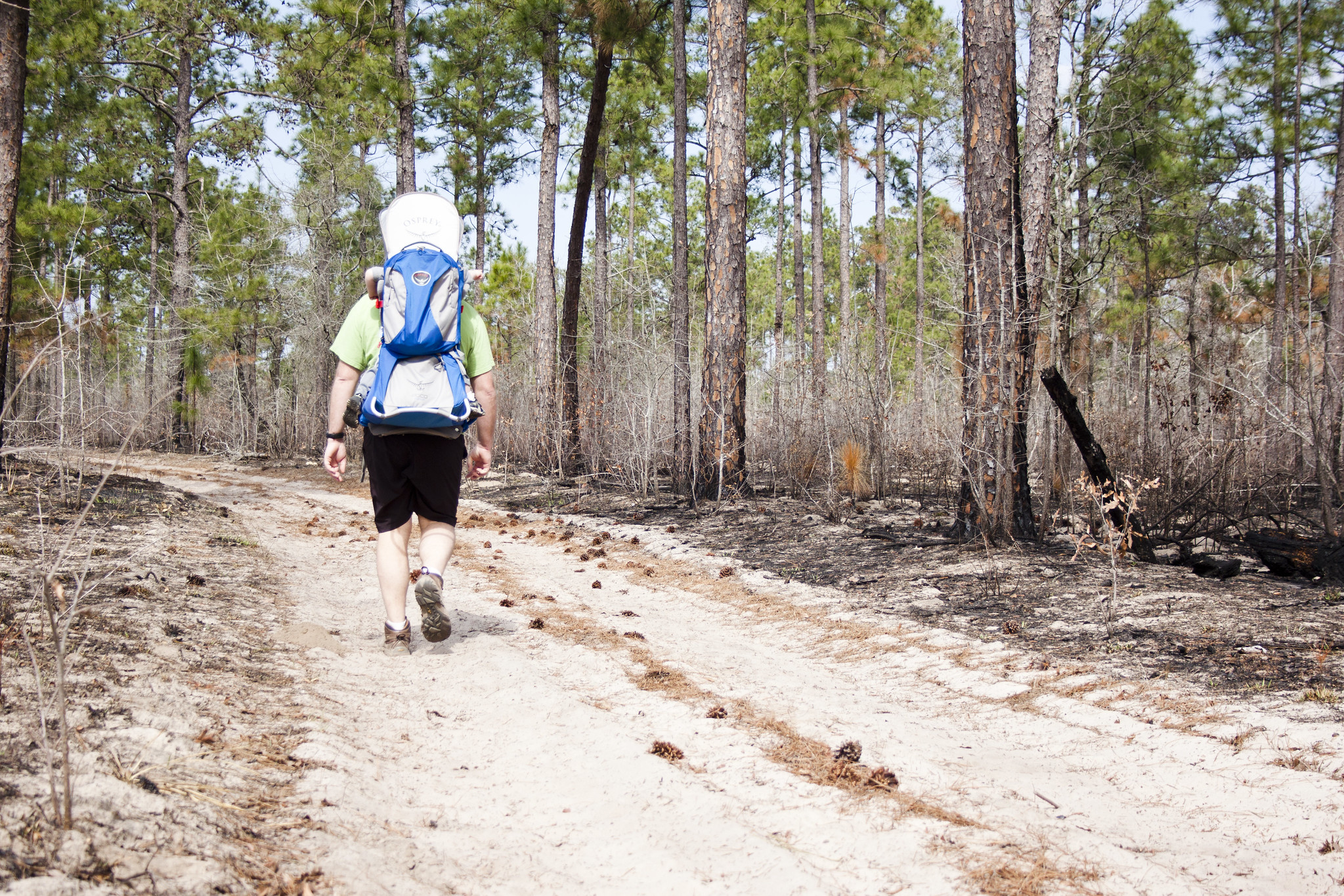 In our explorations of the uplands, we walked on many sandy lanes that brought back several memories of hikes in Florida. We got a great calf workout squishing along in the sand! 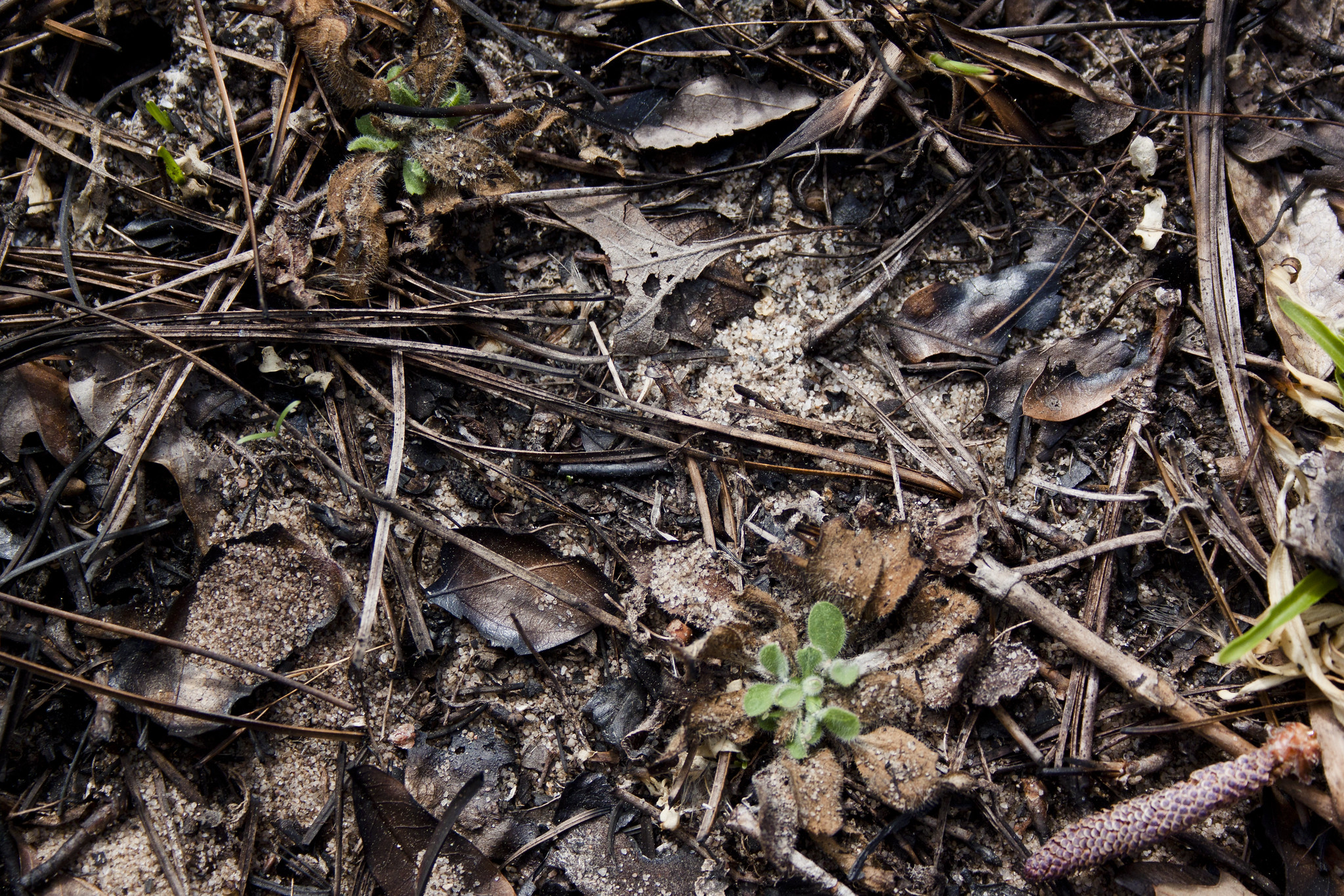 At one of Chris’ check-ins with the pink flagging he did find a seedling white firewheel (Gaillardia aestivalis var. winkleri) growing. 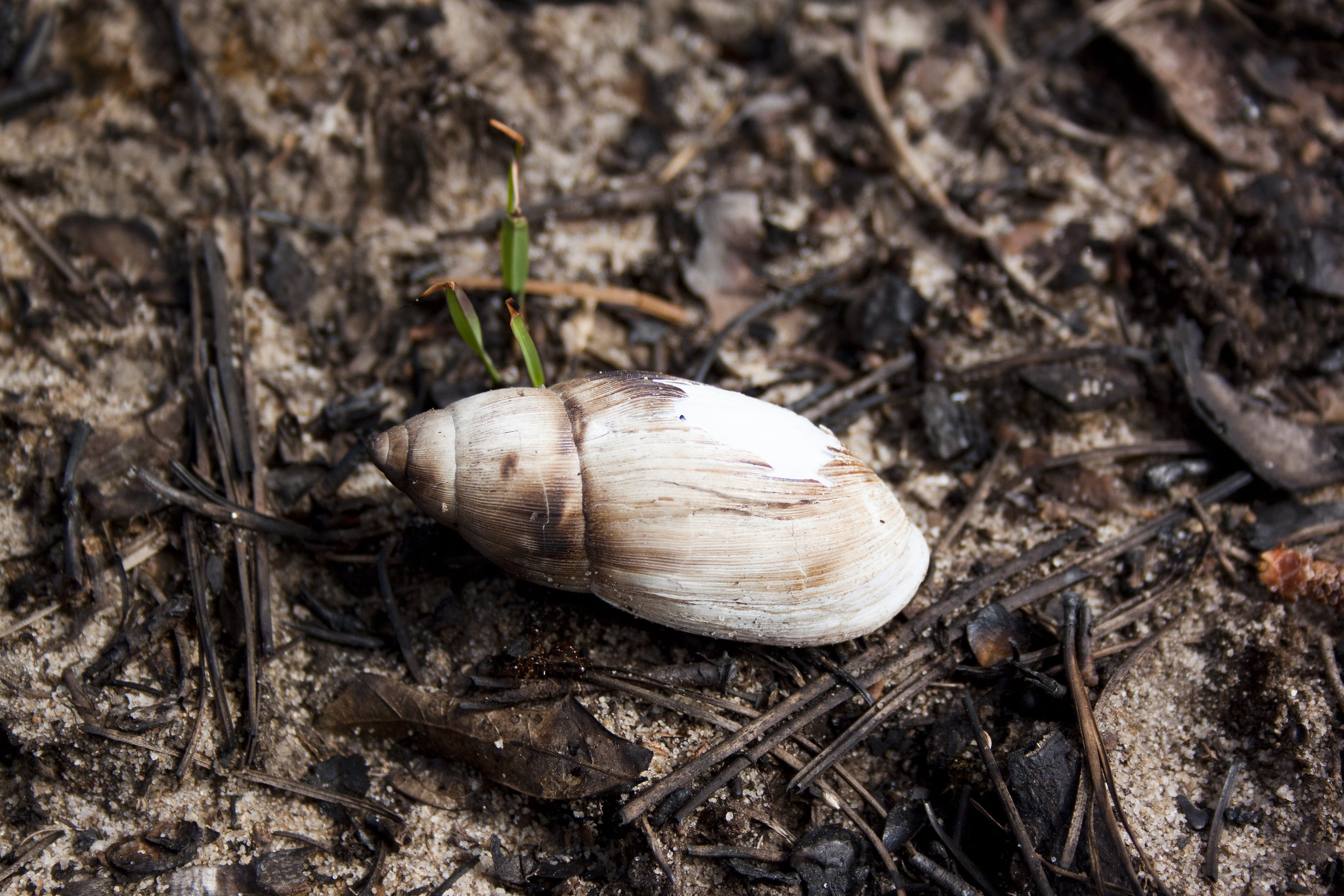 Whoops, it looks like a rosy wolf snail was not able to escape the wrath of the fire! We have these native and beneficial snails in our garden at home. 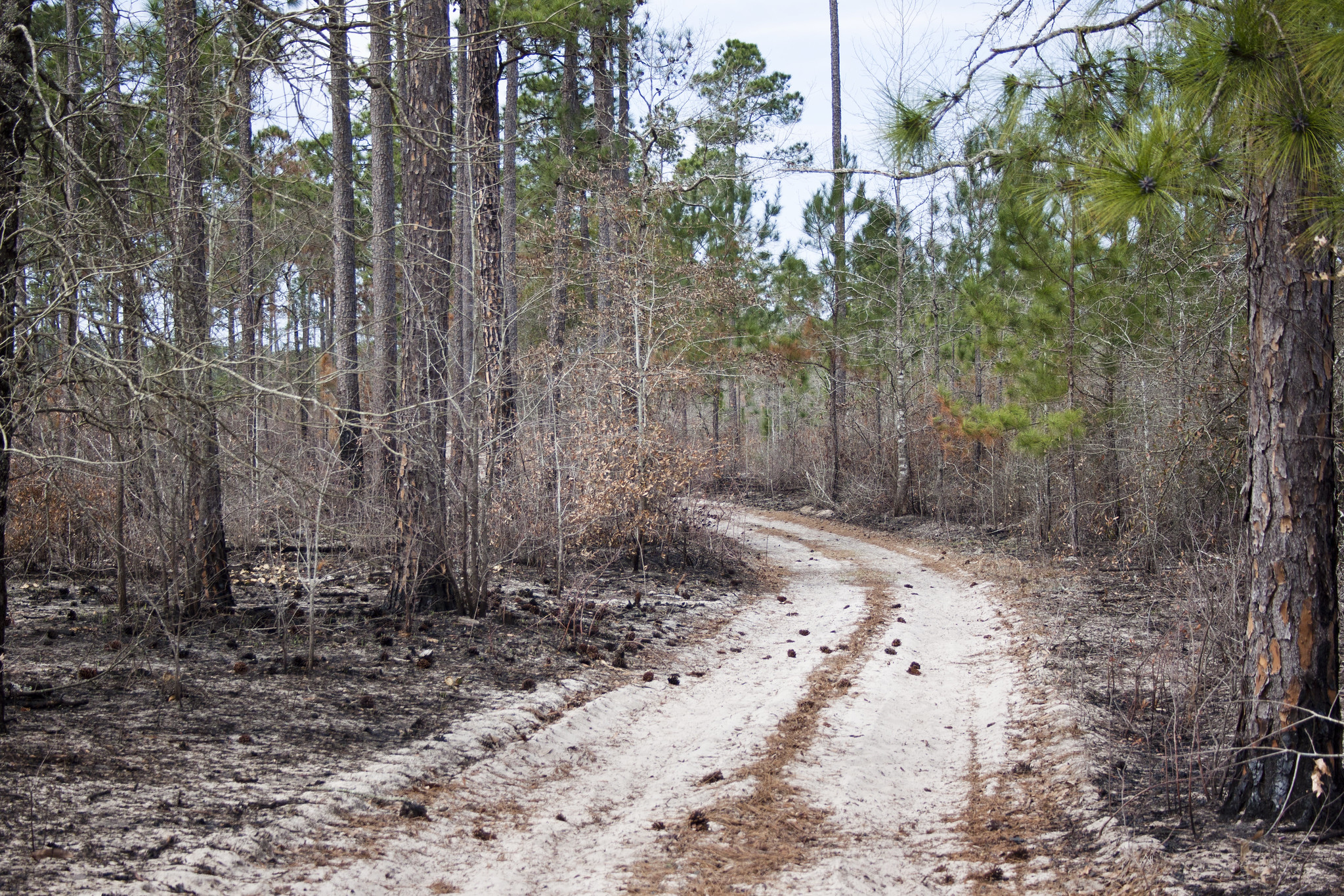 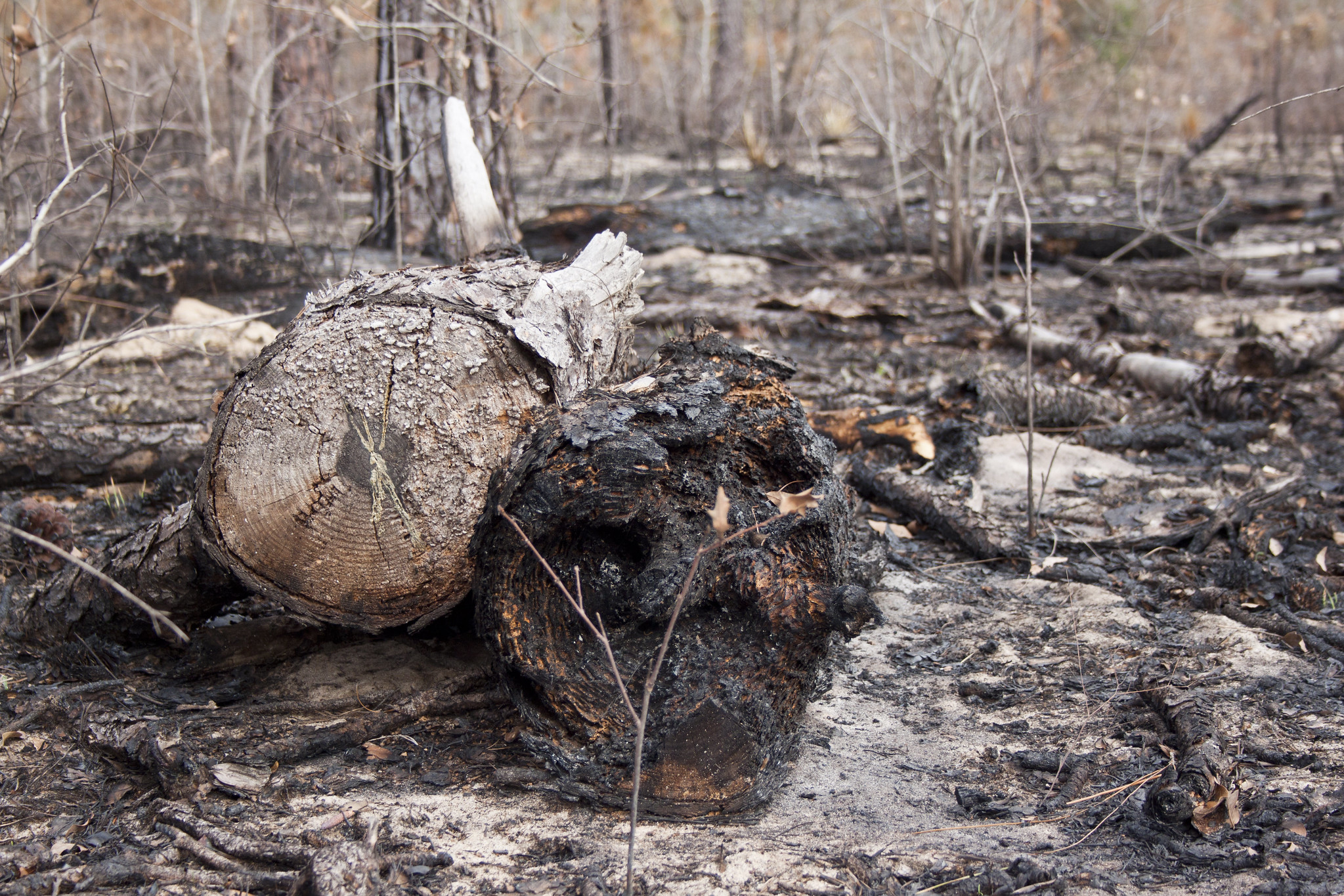 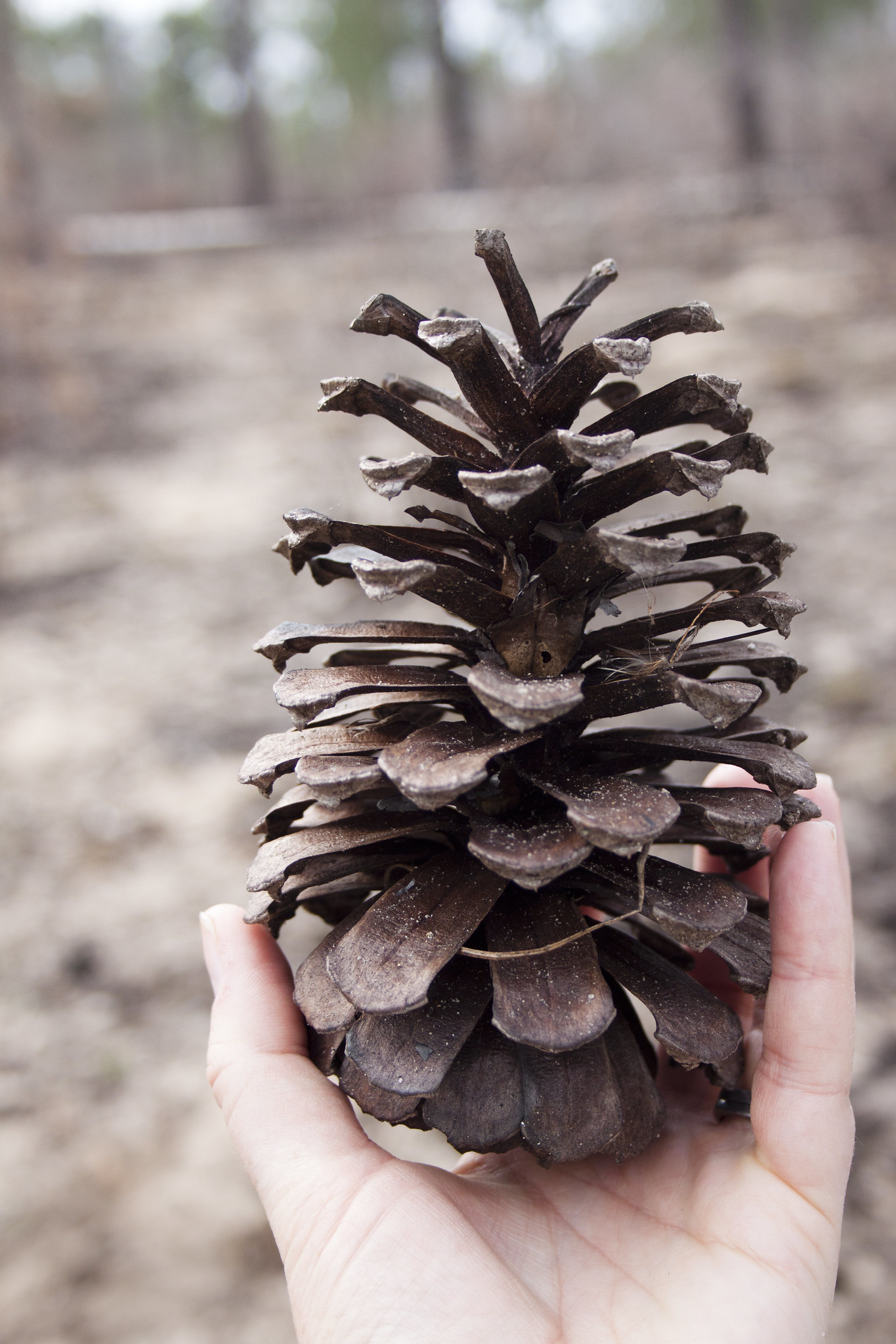 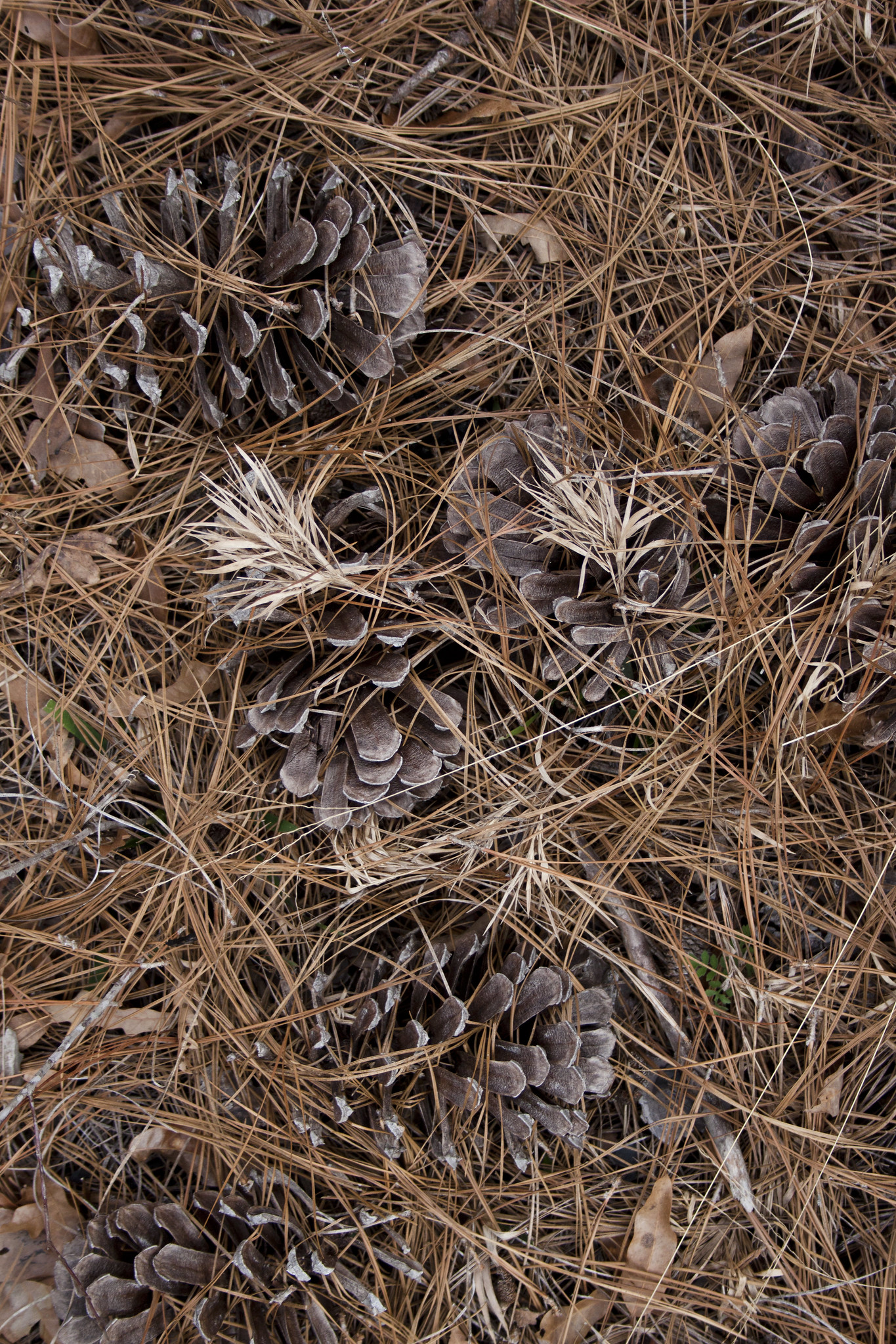 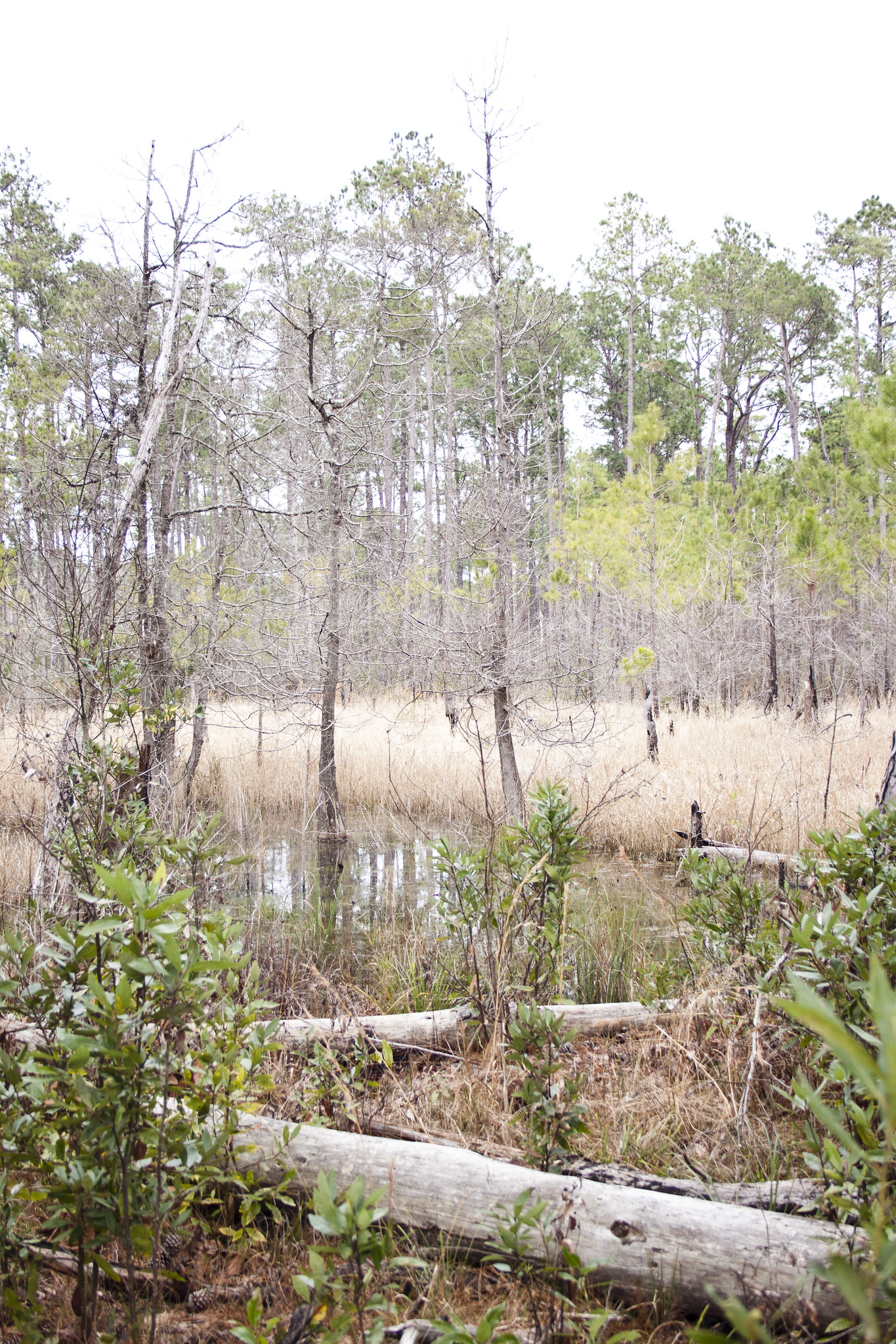 When we reached the back of the property we came across a series of ponds. Chris mentioned that the carnivorous purple bladderwort, Utricularia purpurea, might be located in these ponds but we didn’t look very hard to find any. The toddler opted for a nap at about this time so we kept our sights on the trail instead. 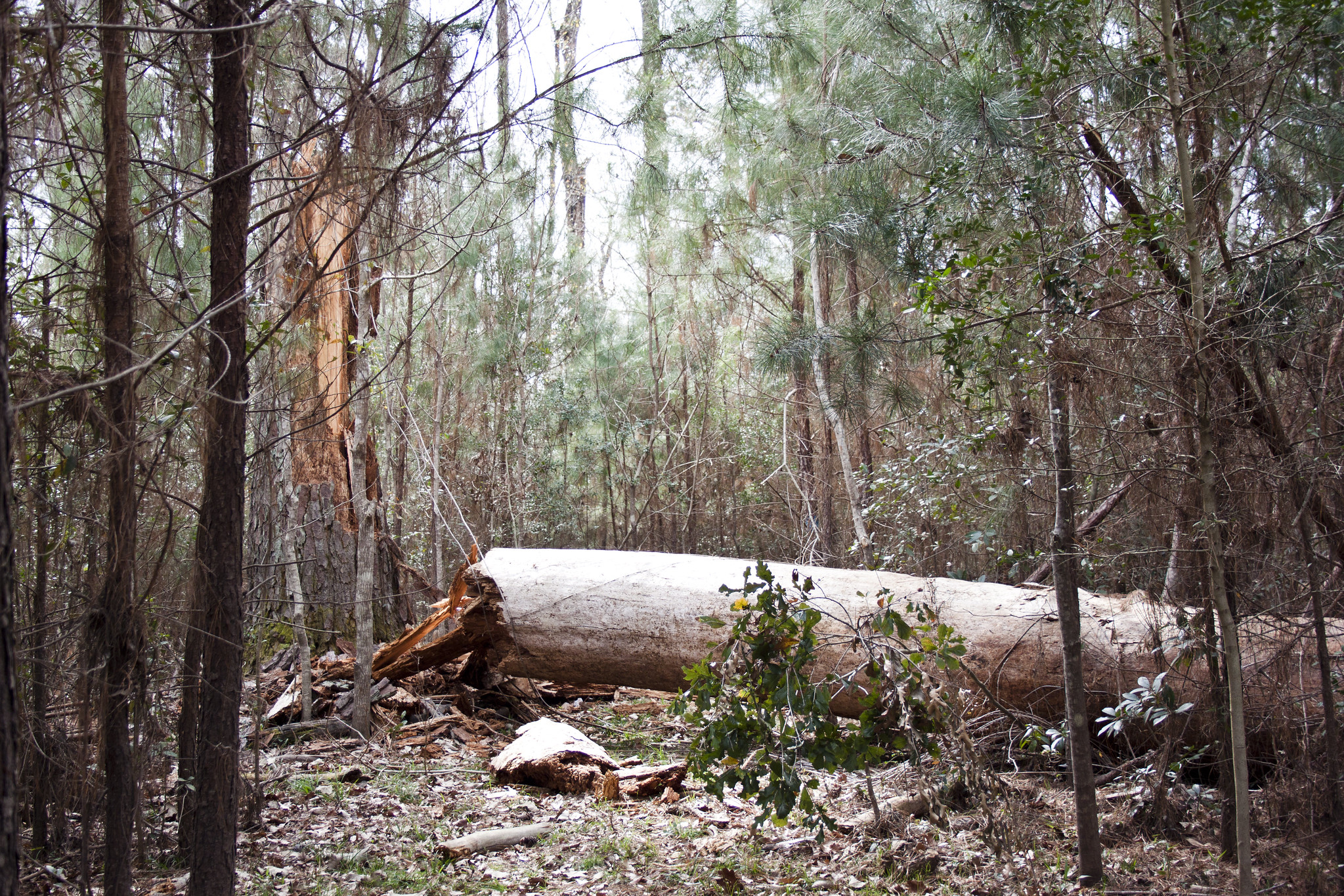 As we wound our way back towards the front of the park we saw a sign for the Floodplain Trail. There hadn’t been a map of the trails posted at the entrance we came in at so we weren’t sure where we were going to venture off to. I’d imagined that it was going to be a half-mile detour but as we walked and walked I realized this was not going to be a small deviation! The Floodplain Trail was not used as often as the other trail, it was evident. A pathway was visible but it wasn’t wide and markings became difficult to follow on occasion. A few times we lost the trail completely. 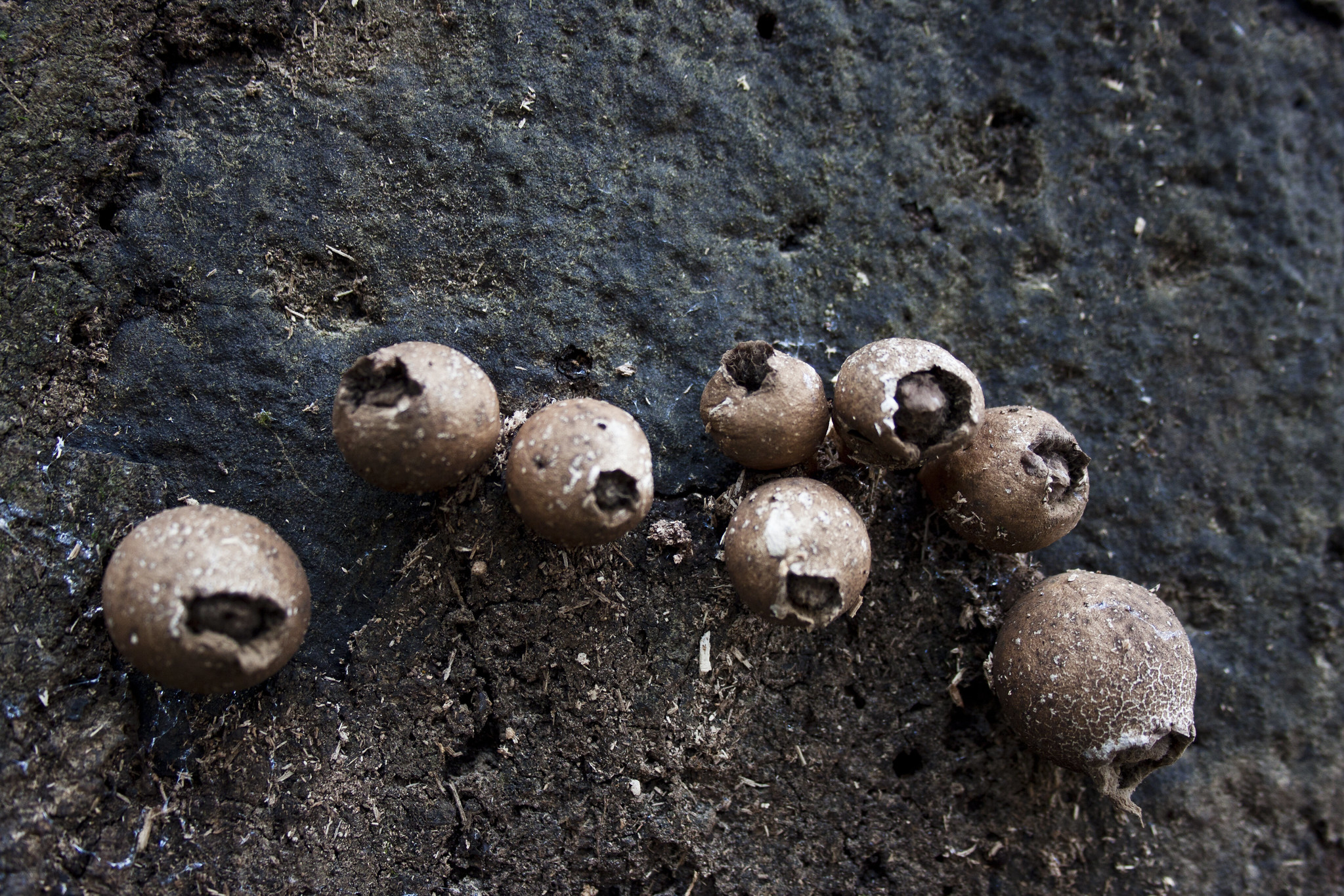 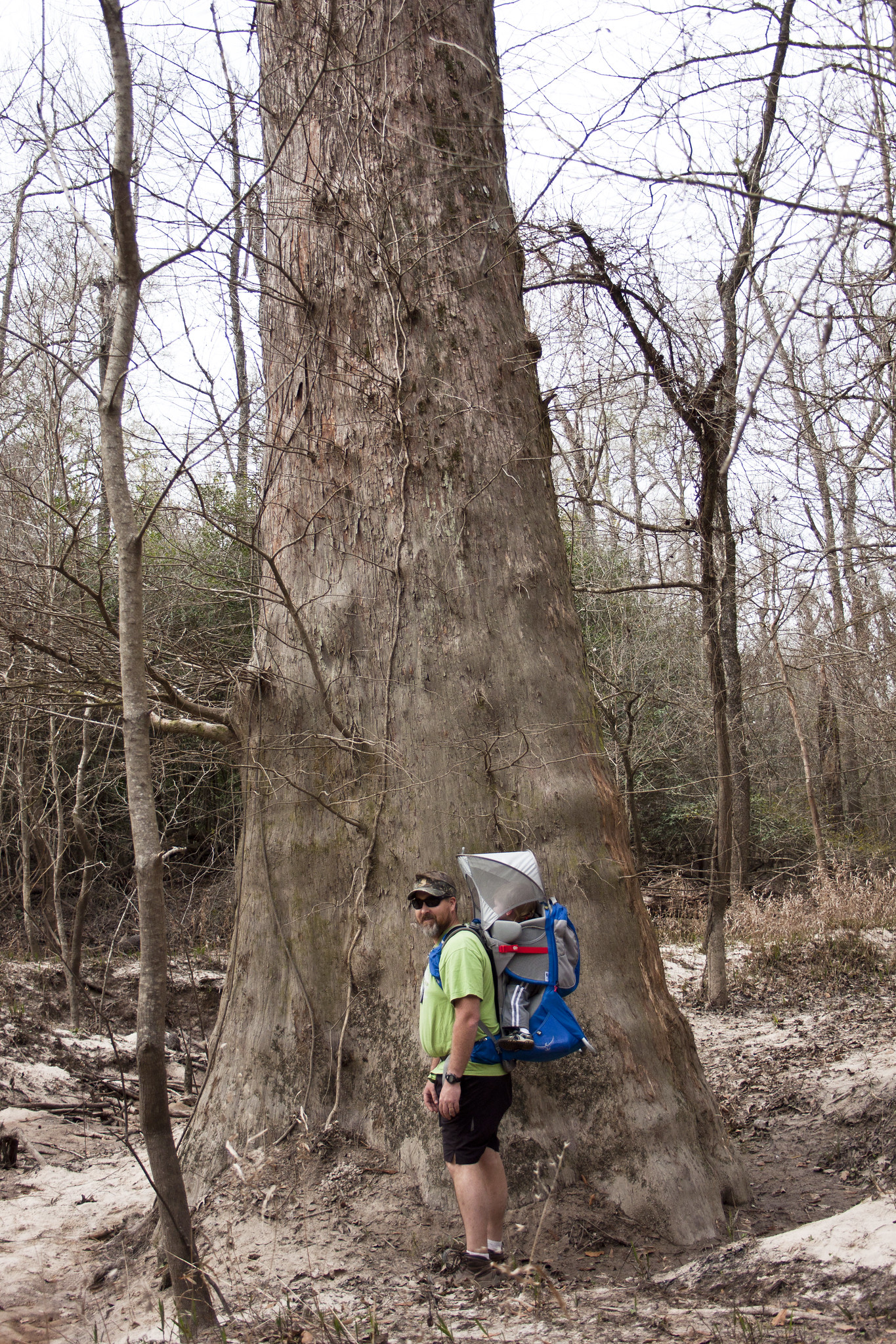 We weaved in and around dry sloughs and came across this giant cypress tree! Now, imagine wetlands full of cypress trees this big 100 years ago! 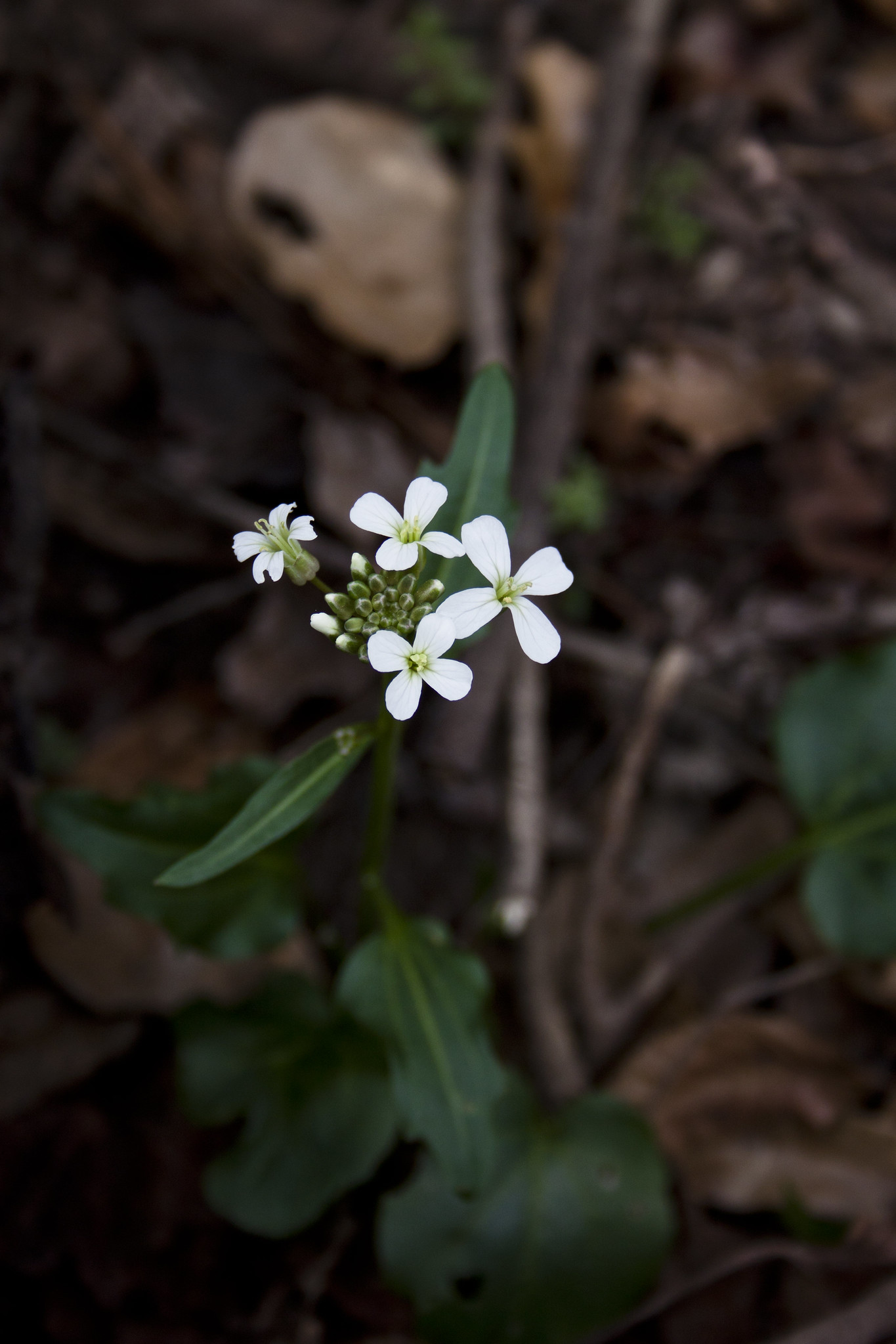 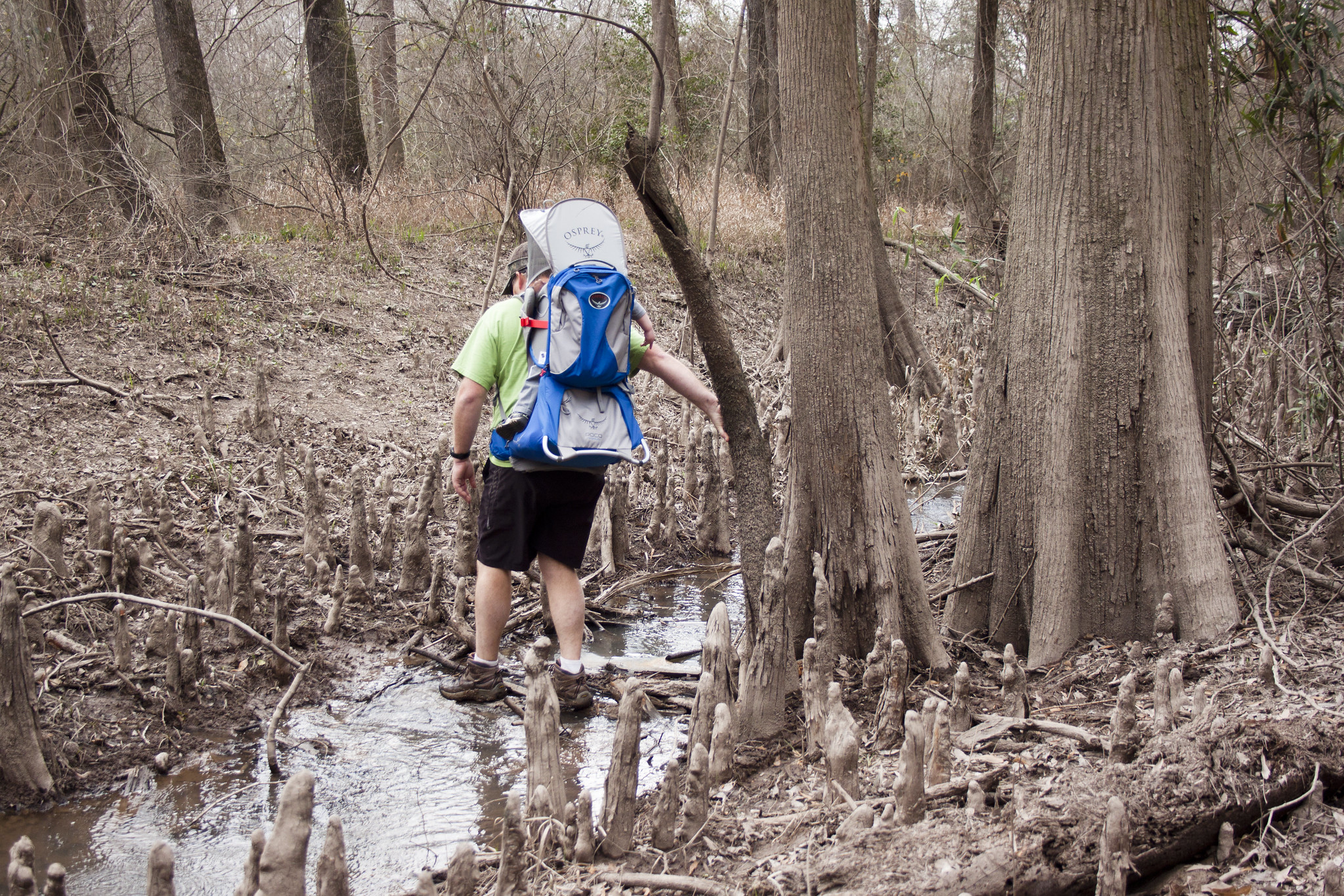 Now, here’s the tricky area we found where the flagging and markings on the trees disappeared. We found ourselves leaping over several small streams and one of them turned out to be dammed up. It was difficult to tell if it was the work of beaver or a natural logjam. 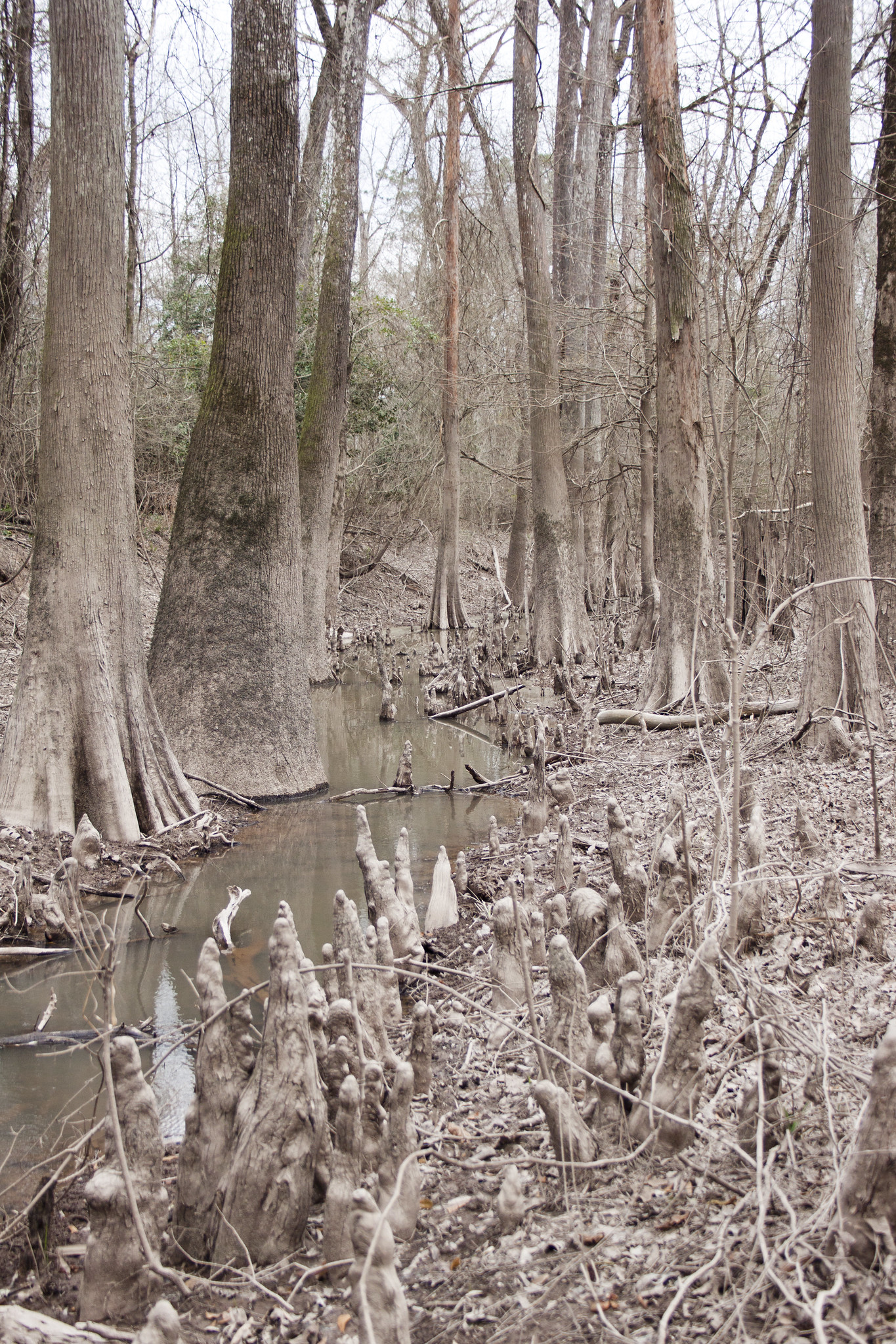 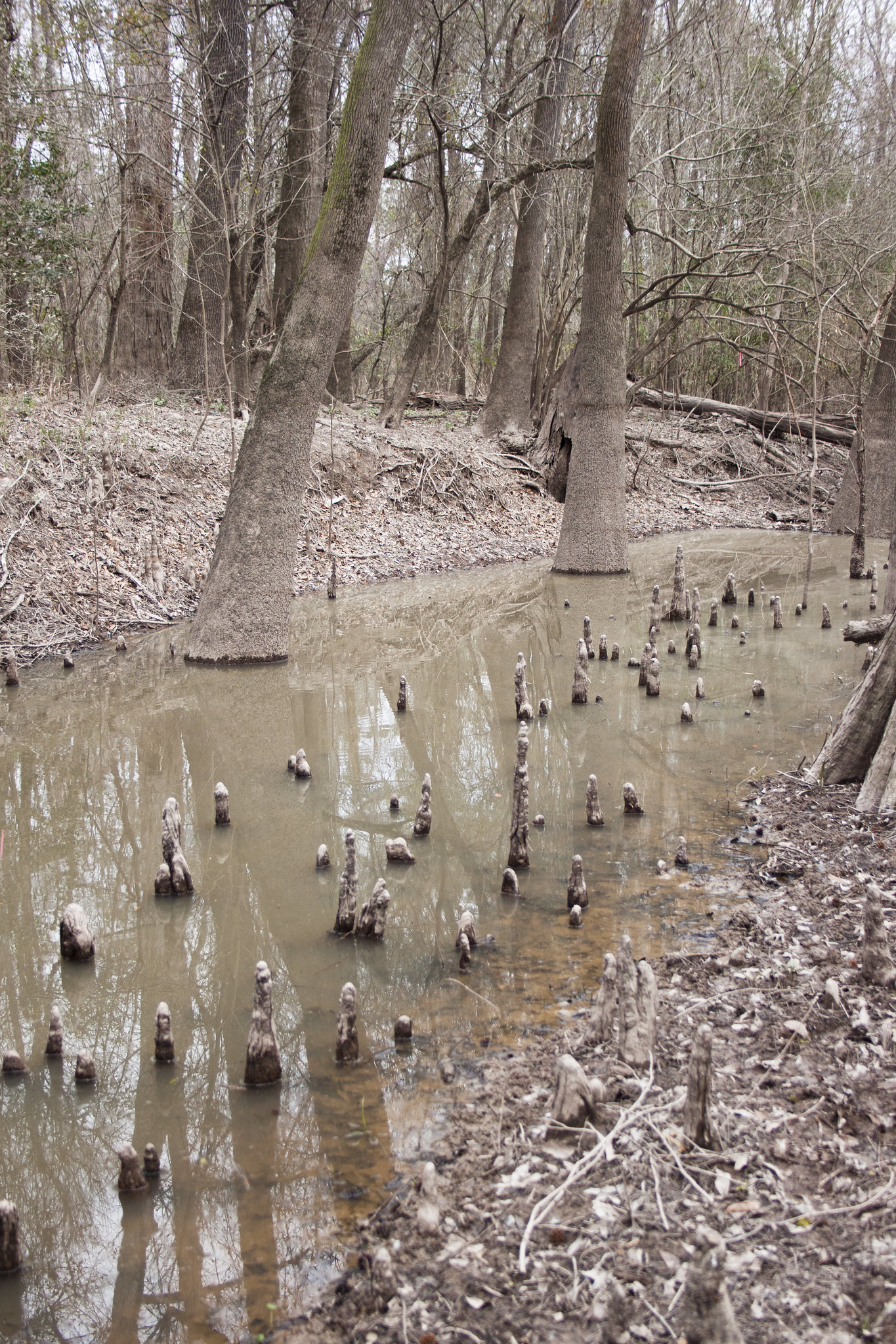 You can see the ponding here, behind the logjam in the far back right of the photo. 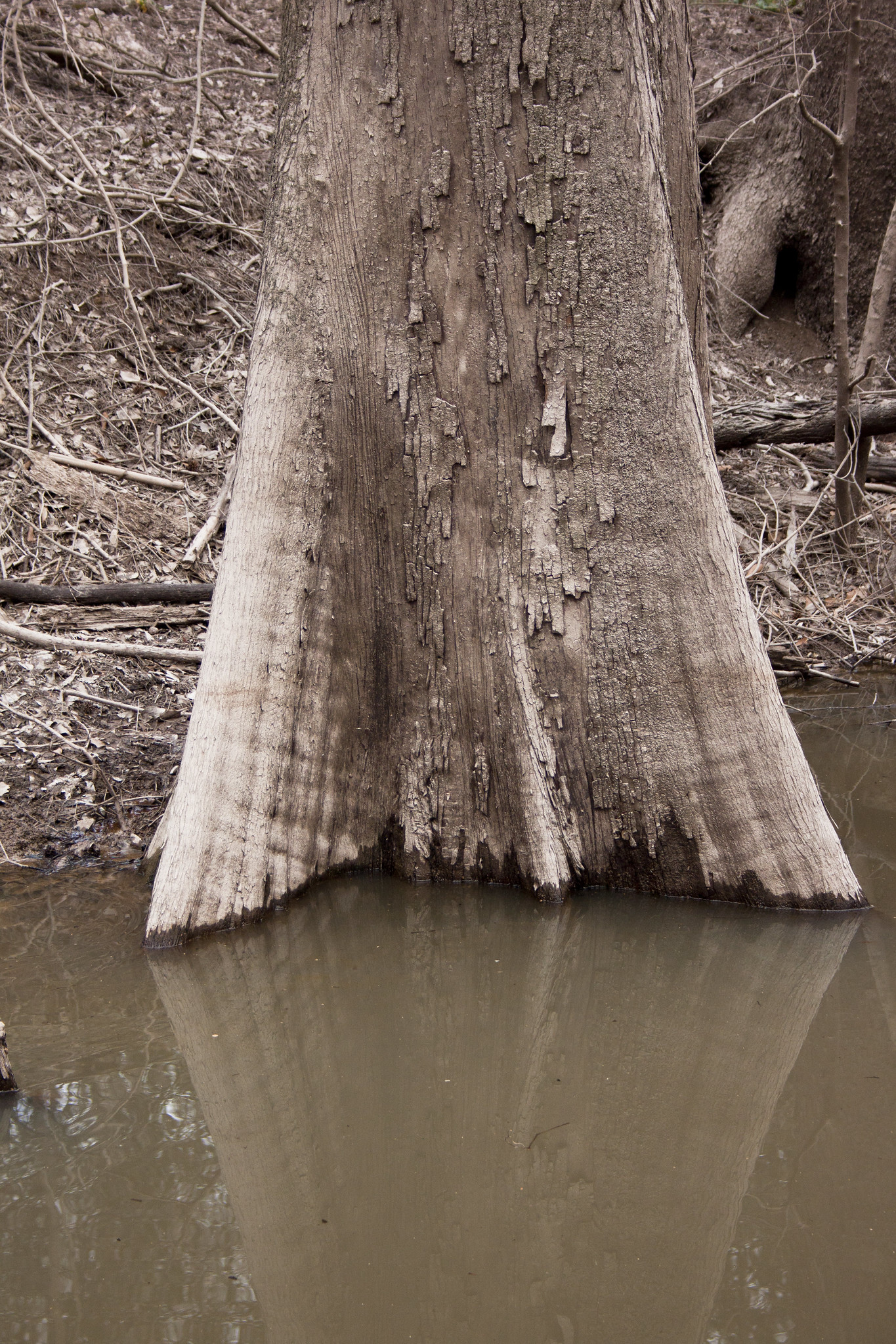 The Floodplain Trail eventually found itself next to Village Creek where we found paddlers on the water. We waved to the couple and a few minutes later they realized Forest was on Chris’ back because he’d started fussing. They were astounded that he was out there with us! We weren’t along the creek very long before we climbed up the ridge and were back on top in the upland pine habitat and about a half mile from the truck. It was a great afternoon and a wonderful park to explore! I wish there were more areas like that closer to Houston but in reality this isn’t that far away from the city to make a great day trip. We did not make it to the very far reaches of the sanctuary and I would love to return sometime to see those areas as well as to see some of the plants when they’ve recovered from the controlled burn.