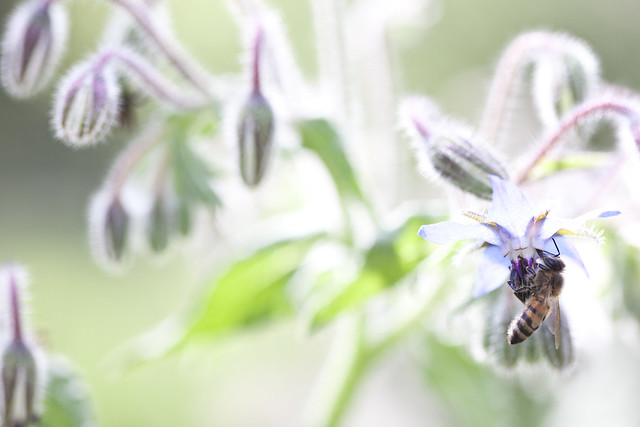 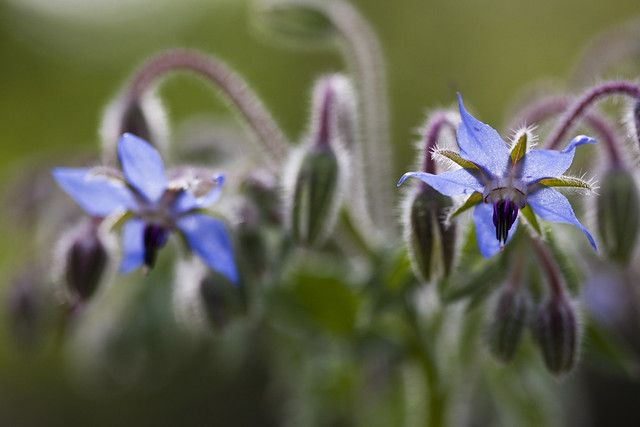 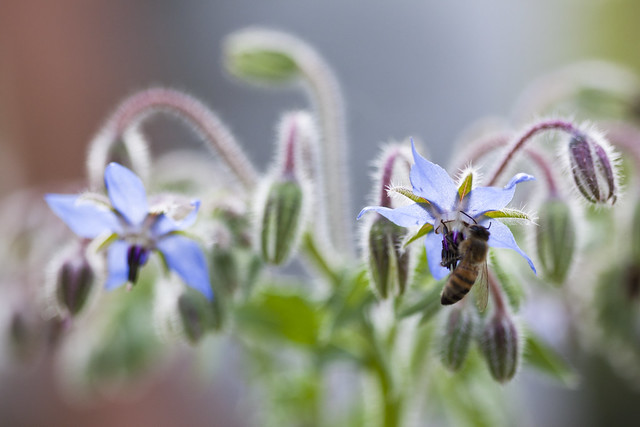 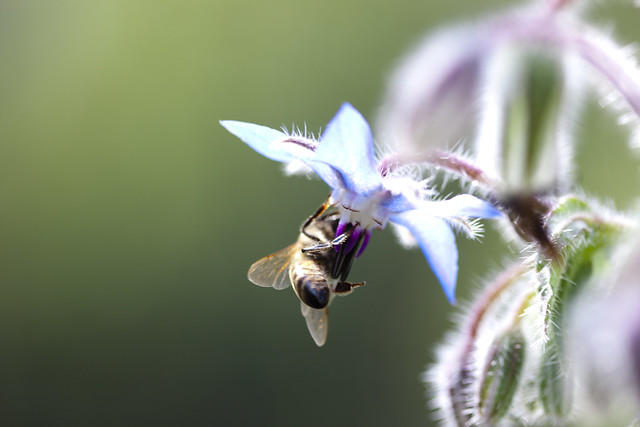 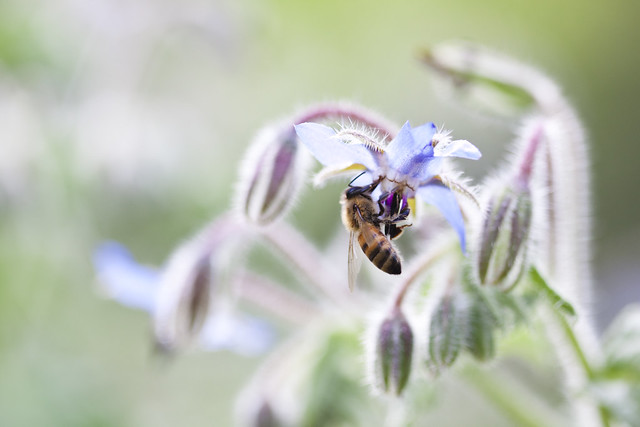 I think parts of the plant are considered to be edible but we don’t use it as a culinary aspect, other than maybe it’ll wind up down the road turned into honey by the bees! It’s definitely a delight to be wandering down to the garden and see the bright blue flowers opened and a handful of bees bouncing from flower to flower!