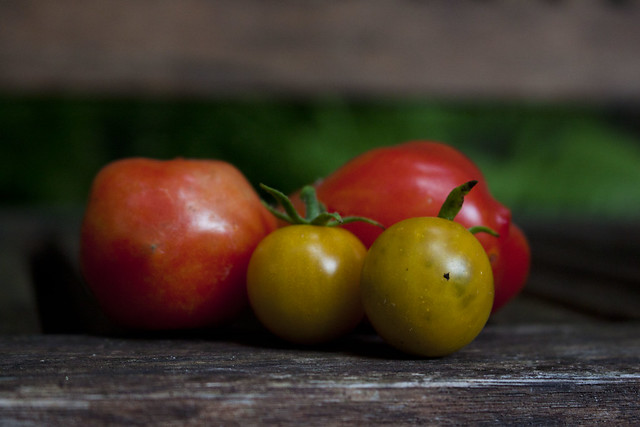 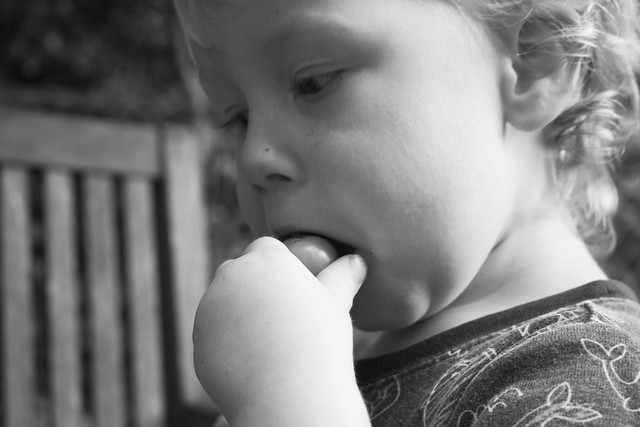 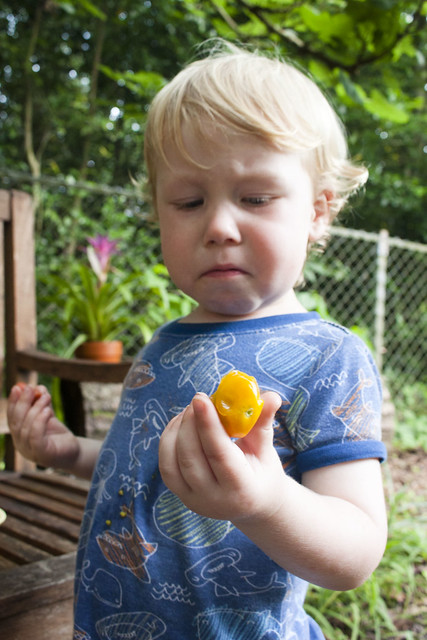 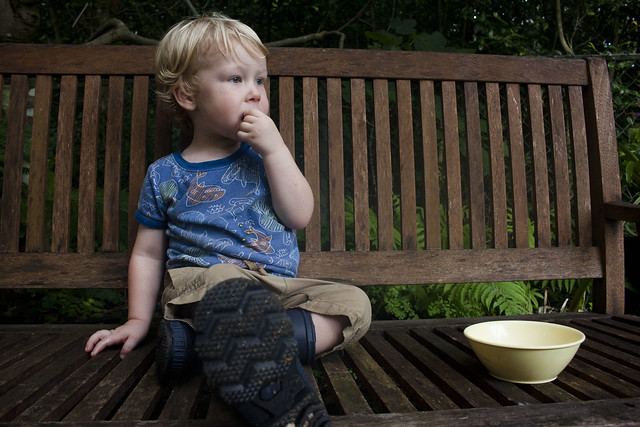 Tomato season has arrived, finally. It seems like overnight the tomatoes went from one to two foot tall to reaching over the tops of their cages and onward for the sky. It’s been a dry spring compared to last year, though we’re getting about one good day of rain a week. Well, at least we were until the last two weeks. We seemed to have missed the storms that were supposed to come to frution with the last front that blew through. I have in my gut that we’re headed for drought again—don’t know why I feel like that, just do. I am enjoying the non-swamp aspect to our yard currently. What can I say, last year’s weather left me nervous about any major storm event that seems ready to blow through. 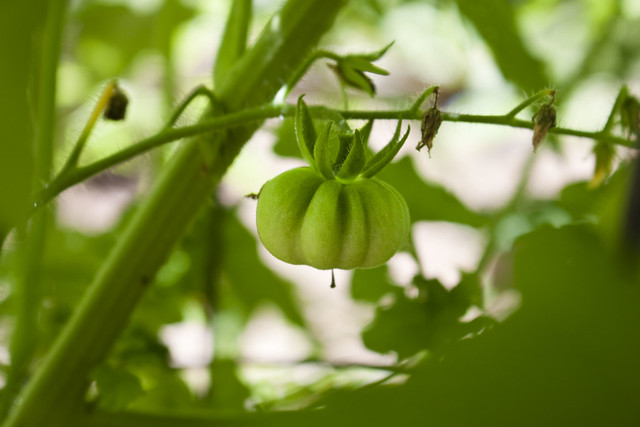 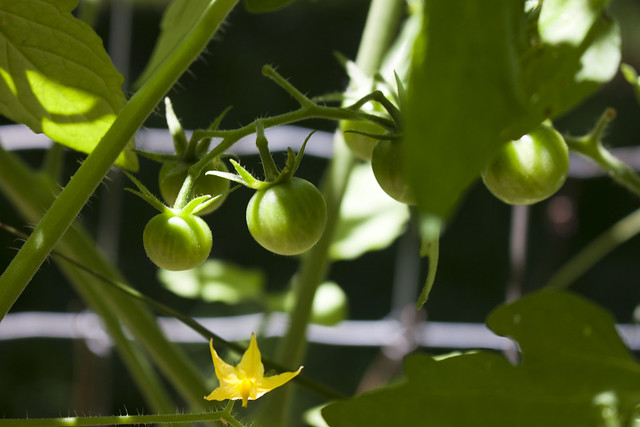 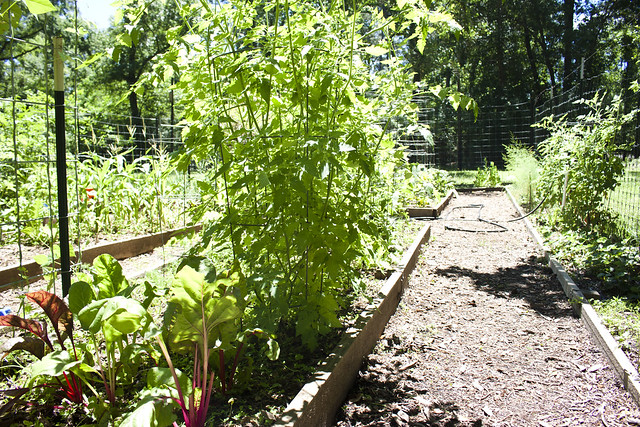 And so yes, tomato season has finally arrived. The Matt’s Wild Cherry tomatoes were the first to begin ripening. The plant produces very small tomatoes, supposedly cherry sized as per their name, but let’s go with a slightly larger than pea sized tomato. They are more like those small wine grapes you would find specially at the store. I would not call them cherry tomatoes at all. They are tasty, however, and remind me a lot of the Everglades tomatoes we grew in Florida. I tried germinating some Everglades seed we had but have not had any luck so far in getting them to sprout. A lot of my older seeds just did not germinate this year and I will probably try doing some larger seed sowing next December to see if I can get any to germinate. If not it will be time to order new seed. I enjoyed keeping the seeds we had from our time in Florida but if none are viable, I guess it is time to move on. 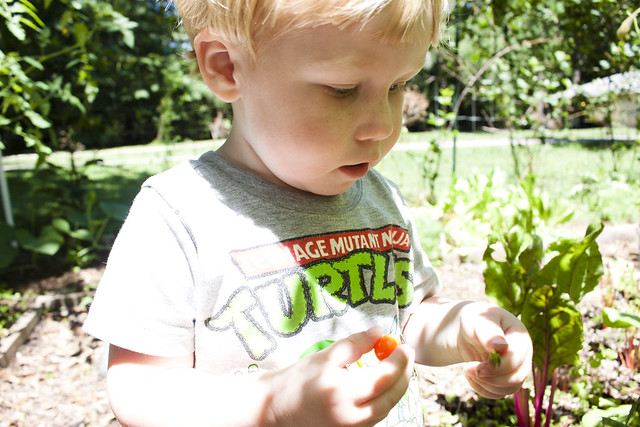 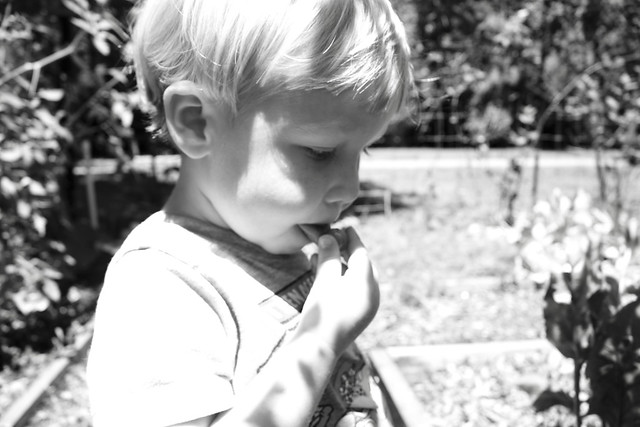 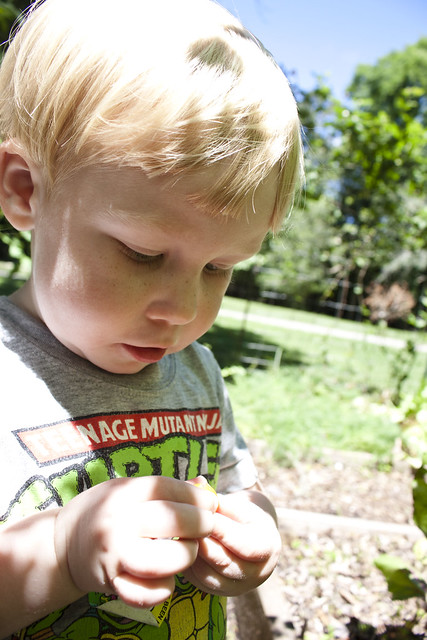 Second to ripen were the Sungolds. These are definitely a cherry sized tomato and one of the tastiest tomatoes, I think, and maybe one of the most grown tomatoes. The Romas were next and they are finally starting to ripen in batches. Soon I will have a San Marzano and a Bella Rosa tomato ready to eat. It has been a challenge getting Forest to understand that the green tomatoes aren’t ripe, and if you aren’t watching him closely he’ll come running up to you with a tomato saying “Got one!” or something similar. The kid just likes to pick fruit, which I understand, but I’m not going to have any tomatoes if he is unsupervised anywhere near the tomatoes! I can even be a few feet from him, turn my back to get a weed, and find him grabbing a tomato to pull off the plant! 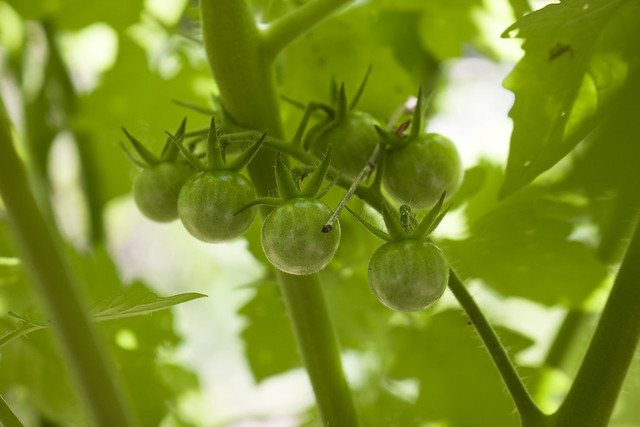 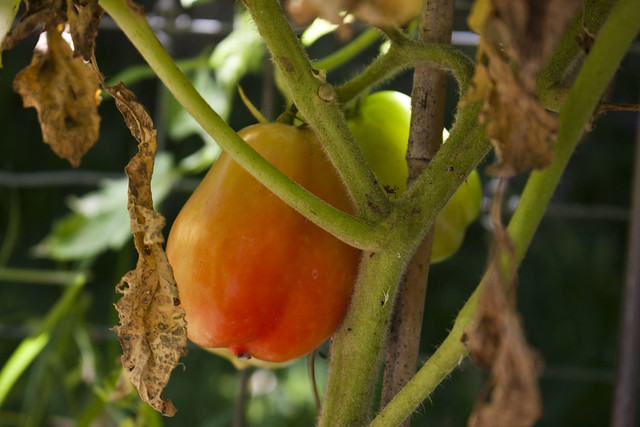 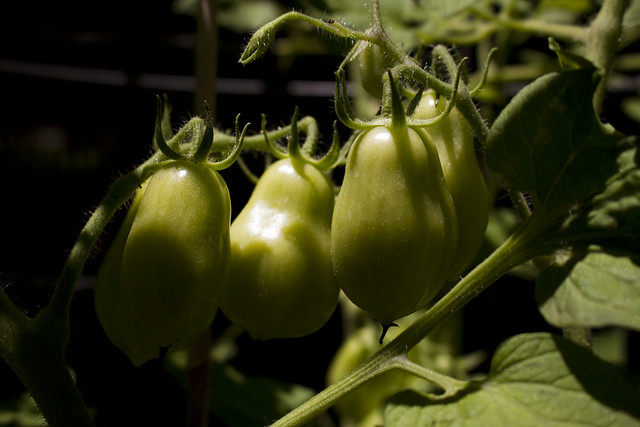 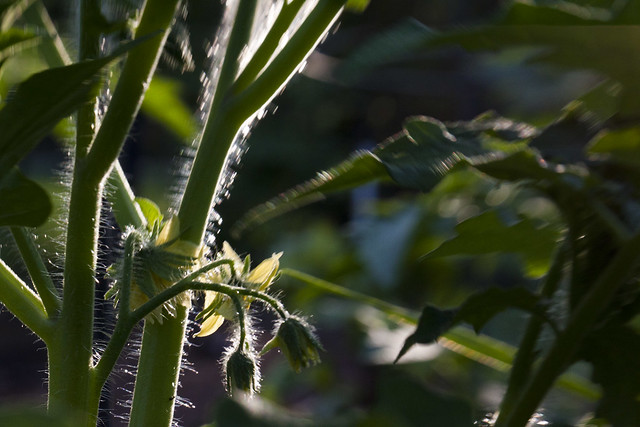 Getting him to like tomatoes is probably going to take all summer, which is fine. I think he will come around, though. We were amazed how much he enjoyed pulling a carrot or two and eating them while we were in the garden most evenings, and after a few false starts with snap peas he came around to eating a few of those. Strawberries, of course, were easy to entice him with, and just tonight we pulled the very first blackberry of the season. After what I thought was going to be a no-go for him, he licked it and bit it slightly, he then asked for it to be washed (though we didn’t really need to). Once I washed it he chowed it down in a few bites, blackberry juice dribbling down his lip. We might not make it to the house with the bowls of blackberries this season! So yes, as for the tomatoes, I’ve been offering him the smaller ones which he will bit into, make a face, and then hand me back the tomato and say “Mom, eat it!” So, I do. But he keeps trying them when I offer, that’s the important part. 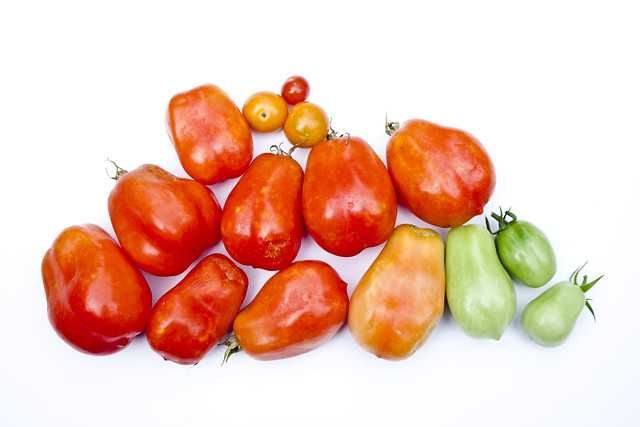 So much is going on with the garden and I have more to share from what we’re harvesting and what is blooming in the flower garden. More soon.