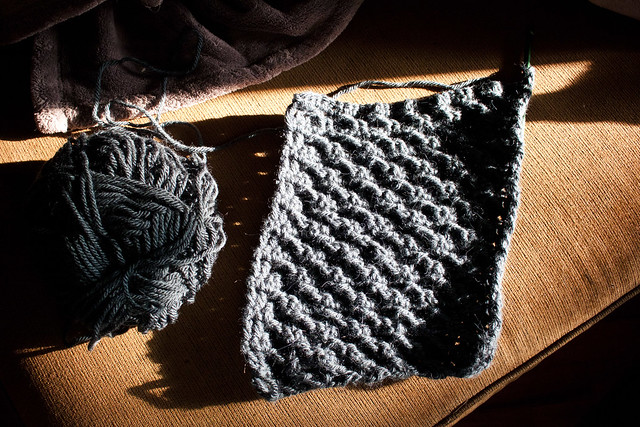 It rained earlier this week, the first time since Harvey. I think all of Houston twitched for a little bit. A few people I am friends with or follow online, one of them had their house flooded for over a week, weren’t so happy about the rain. I actually hadn’t driven beyond Tomball down to the south of us in these last several weeks so I hadn’t seen anything flood related other than what was around here and it was minimal compared to what happened in Harris county. I drove to Baytown last week to do some field work and saw several piles of trash that were clearly from being flooded out. My work was in an area along Galveston Bay in the marsh so one section required meandering around piles of debris that had washed up. It was pretty gross to see and to think of what was in the water (bacterial and pollution-wise), too. You could still see the sediment line from the storm surge/flooding, which was over my head. I’m really trying to wrap my head around the poor Caribbean and its damages right now and it pains me to think about what everyone is going through over there.

One a separate note, I know last week I mentioned some podcasts with Hillary but this episode of Call Your Girlfriend with Aminatou doing the interview takes the cake! Best one I’ve heard!

+Watching
I’ve been taking a deep dive into Charmed on Netflix. I watched the series when it originally aired back in the late 90s and early 2000s but I know I missed some of the later episodes. I am a fan of Shannon Doherty so I wasn’t thrilled when they killed her off originally but I got over it when they brought in Rose McGowan to play Paige. What I love about watching this show again is not only the blast back into the 90s but how there are no smart phones and the internet was still in its beginnings. Web 2.0 hadn’t happened yet. Heck, the first few seasons are pre 9/11 so it is even a little more surreal in that aspect. No one has their heads in their phones, the girls still read the newspaper with their breakfast, and overall it is still a very analog life. Sure, they have cell phones but people just call them on it and sometimes they, you know, actually can’t get a hold of who they are calling. And no one freaks out.

Outlander is back on and I am having a love/hate relationship with it. Mostly because we’re still on Frank—go away Frank!—but that will fade out as the season goes on. I’m ready for some sailing! Also: we need more Fergus.

Last weekend I watched Passengers with my parents. It was very compelling and actually I woke up a lot that night thinking about the movie. The premise is there are now multiple planets that are being colonized by humans but of course they take many, many years to travel to. A company has figured out how to transport people there by putting them to sleep for 120 years, and when they are a few months from the new planet they wake up and live on this cruise ship style space ship until they get to the new planet. Of course one of the passengers wakes up on accident 90 years early and cannot get back to hibernation mode. Lots of calamities ensue, of course. Good movie, I thought!

I felt like fall was coming on a little early back in August but then it seemed to get put on hold, and certain plants I thought were about to just burst into their autumn bloom, didn’t. But finally the leaves are changing more, the plants are blooming, and hopefully soon we will cool off. The cool down after Harvey went away and we’ve been back into the low 90s with high humidity for the last several weeks.

This used to be titled In The Art Studio but since I practically never get over there I am renaming it Making instead. Right now the urge to crochet is on full throttle so I’m brainstorming and flagging projects on Ravelry. I finished up a second cocoon cardi like this one I made last October. This was for my mom. Two more I need to make. The other project I just started is a scarf using a new stitch, slant stitch, which you can see above. I’m liking it so far!

Still have plans on rearranging my studio and finishing up a scrapbook but I’m not forseeing that really happening until the time change or when it is dark by 7. I’ll spend more time in there, hopefully, when I can’t be outside after dinner. We shall see.

The flower garden needs to be weeded again and mulch put down on the last couple of beds. I put down mulch on 2.5-ish beds a few weekends ago and sometime I need to get the others. I also need to get mulch for the vegetable garden paths. The edible garden is doing well and we’re getting seeds sown for fall. Most of what I sowed has germinated though I think a few things might be waiting on a little bit cooler soil. We’ll see—if nothing comes up in a few space I’ll try again in October sometime. We are waiting for October already on a couple of items like lettuce, cauliflower, and kohlrabi. I’m really looking forward to salad season! The pumpkin vine that took a hit with the floods from Harvey has bounced back. Two fruit are turning a pale orange and it is setting more fruit, so that will make up for the four I lost to rot. I’m already dreaming of making some pumpkin butter!

I’m still raising monarchs! In this latest round I mostly gathered caterpillars I found in the garden, though I did find a couple of eggs. We’re camping soon so I didn’t want to get a bunch of eggs and have to deal with them not being in chrysalis when we were out of town and most of these will be in chrysalis and pupating. There are more eggs out there—I’ve seen monarchs laying them this week, and I accidentally pulled about six off on a few leaves I was getting to feed the caterpillars—so I know I’ll have more to raise when we get back from camping. I’m going to hatch out the eggs I accidentally pulled and put them on the milkweed while we are gone. Hopefully they will survive the birds and wasps and I can get them back when we return. I don’t have enough plants to support rotating in a bunch of plants for 10+ caterpillars but I have enough that I could raise one or two in the tent while I’m away. Right now I’m picking single leaves off the plants in the garden a couple of times a way to feed them. They are so voracious right now that they will eat them in a few hours.

Ilsa by Madeleine L’Engle. I have never read her books before and with A Wrinkle in Time being turned into a movie I might have to dip into that soon. This was on my flagged books that I thought were interesting on Hoopla Digital and it sounded worth picking up. From what I understand it was out of print for like 60 years or so before they started printing it again. The digital copy I’m reading has some typos here and there so I’m not sure what that’s about. The book is part coming of age, part “just life”, and my best guess is it takes place somewhere near Jacksonville, Florida or maybe Saint Augustine. I’m basing this on habitat descriptions and the references of being too far south to be considered the south, talking about Miami and Fernandina—the latter I’m guessing is Fernandina Beach which is north of Jacksonville near the Georgia border.

I’m also reading Garden Design magazine. I subscribed back in the spring after oogling over it for a year. Chris likes to complain about it because it is an expensive magazine–and it is compared to mainstream magazines–but there are no ads and every issue is super thick and full of rich stories and information. I’ve noticed that some of the more quality magazines have started going to subscriber supported instead of relying on ads, which of course means you only get a few issues a year instead of monthly, but I’d rather have substance than lots of ads. I was disappointed when Organic Gardening switched to Organic Life and ditched gardening for a lifestyle magazine instead. Honestly, there are very few good gardening magazines out there right now.

The other magazine I’m reading is Heirloom Gardener. This was originally put out by Baker Creek Seed Company and from what I can tell it was sold to Ogden Publications sometime in 2016. This is the same company that puts out Mother Earth News. While the magazine still has a similar theme and feel, there’s definitely a slightly diminished quality since it has moved to a mainstream publisher—more ads for one. But the magazine always has some interesting content for unique edibles to grow!

I am trying a reset with coffee these last two weeks and instead have been trying to drink hot tea instead of coffee. I am letting myself have some coffee on the weekend but limiting it to one or two cups and I did try a Pumpkin Spice K-cup at work yesterday because it was the first day of fall. I definitely notice a difference in how I’m feeling—I was drinking too much caffeine. I’ve been drinking the Chai Green Tea from Stash, which of course has some caffeine, but then I’ve been following it up with Chai Spice decaf also from Stash or the Spice Dragon Red Chai from Stash as well. In addition, I’ve been favoring Wild Berry Zinger from Celestial Seasonings in the afternoons. I’m thinking this might be a new trend for me, at least for a few months. I was feeling a little out of sorts with the coffee.