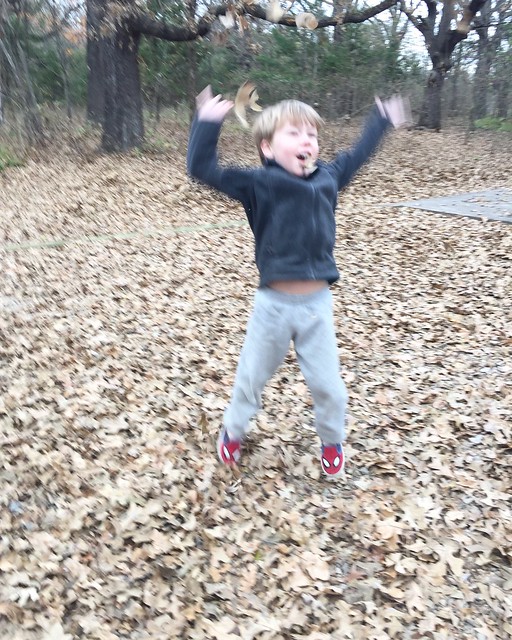 Oof, we should have gone south for Thanksgiving. Instead we drove to Cooper Lake State Park for the long weekend to camp for the first time this season. We knew in advance that there was potential for rain, including thunderstorms, and for cooler to cold weather. So, we came prepared but I was heavily wishing this was one of those state parks that conveniently had covered picnic table areas at the campsites, but no such luck, our one pop-up tent had to suffice. 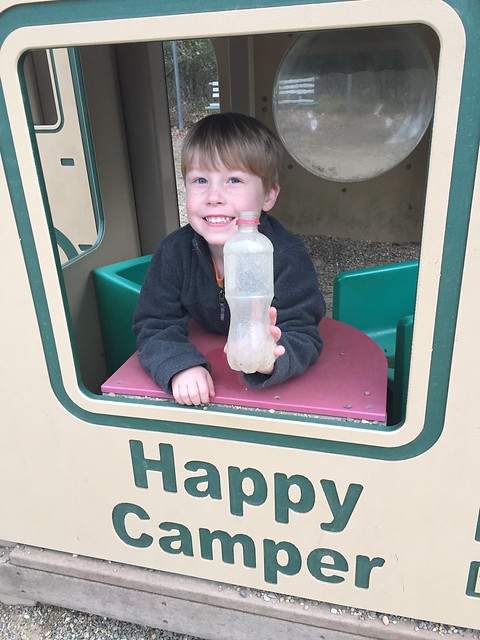 Before we left I wanted Chris to get our bikes together so that we could ride with Forest. He’s getting to the point that I can’t keep up with how fast he wants to ride when I’m walking with him and I’d rather just ride along. Our bikes turned out to need more fixing than anticipated as they were probably about 17 years old, having been bought when we were newlyweds living in Melbourne, Florida! And we haven’t rode them at all since we moved back to Texas and before that it had been several years in Florida where they hadn’t been used. 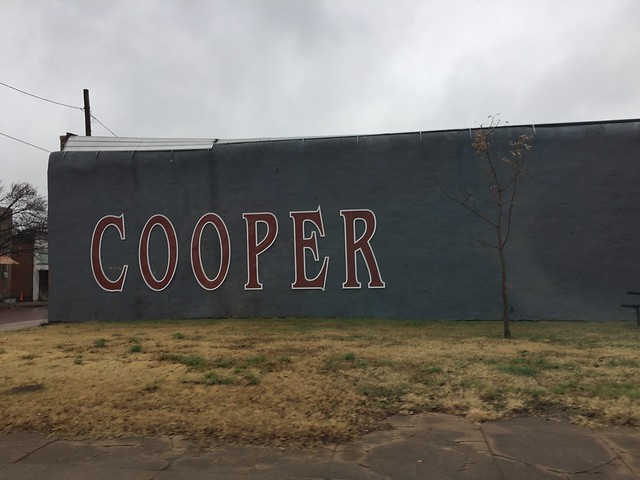 Chris managed to get his working but mine was bad enough to warrant a new bike and he found one on sale at Academy and texted me to see if I wanted him to buy it. Sure, I said, and here we were with a bike! Due to the weather we didn’t ride as much as we wanted but it made getting to the bathroom easier than our typical walk and Forest was able to go faster and get more experience. I think if we can get more rides in between now and spring he’ll be able to take the training wheels off! 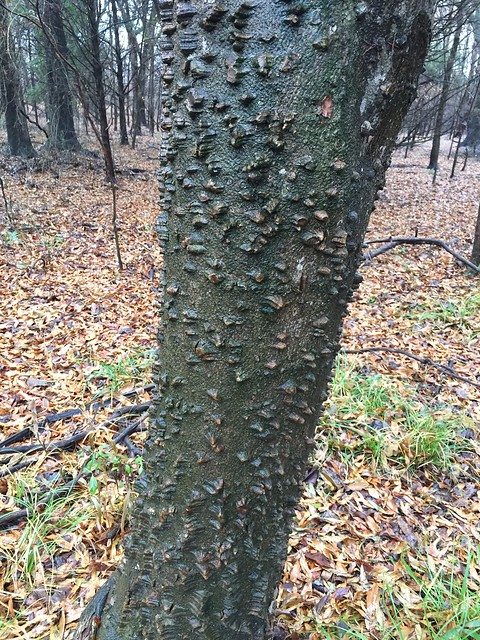 It was fairly pleasant when we arrived on Wednesday late afternoon but by Thursday morning the rain and chilly weather had arrived. We set off on a hike (lots of Hercules Club in this park) in the morning, and then detoured into Commerce via the tiny town of Cooper to get Forest a nugget happy meal at McDonalds and something for us to snack on as well. He went 5 years without McDonald’s and out of necessity in Alaska we stopped and he’s become a McDonald’s nugget fiend ever since. And being that it was Thanksgiving and everything else was closed, McDonald’s was the choice—plus it was dry and had the Playplace and Forest was in heaven! We’ve since had to remind him that it is a treat and rarity and not a place we will be going often. 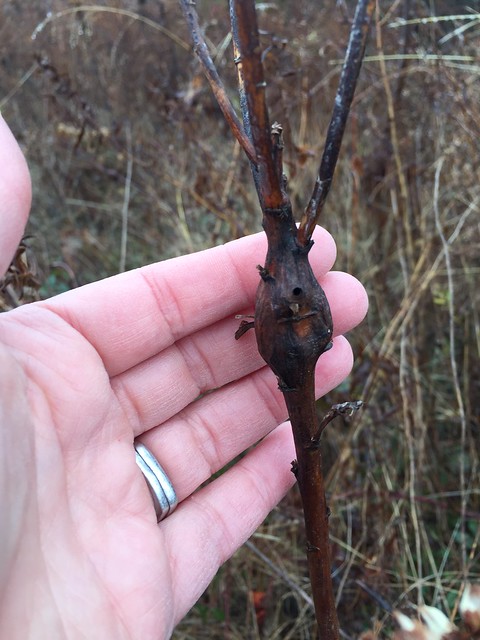 This was an exciting sight—a Goldenrod gall fly, Eurosta solidaginis! 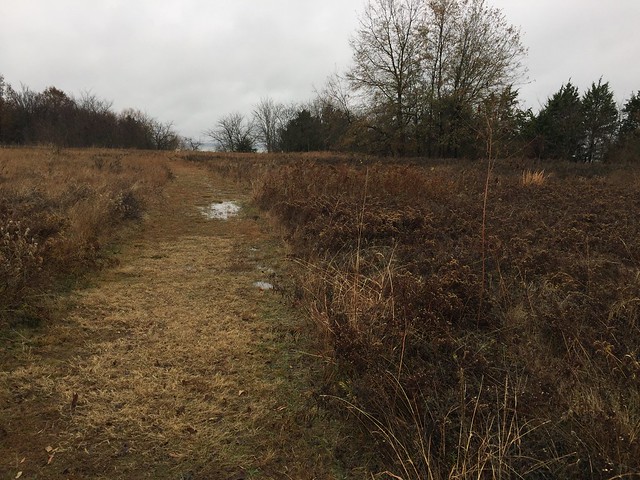 Dreary prairie. Given the seedheads in the field, this place was pretty magnificent back in October! Probably pretty great in April/May as well. 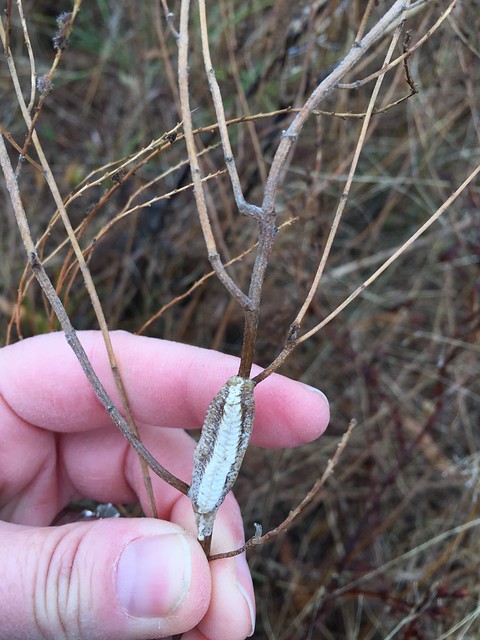 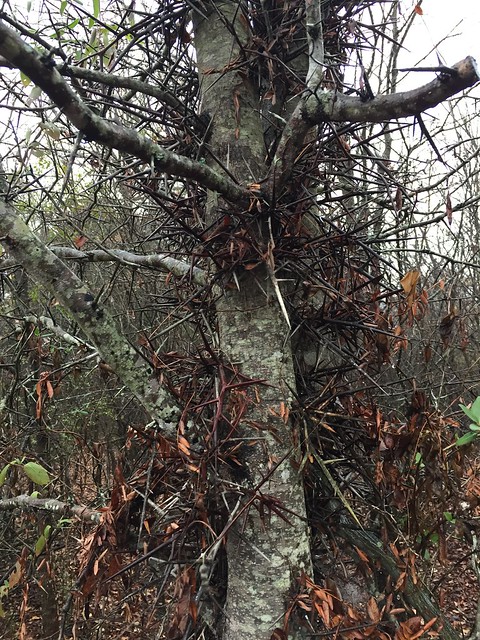 Lots of honeylocust in this park as well! 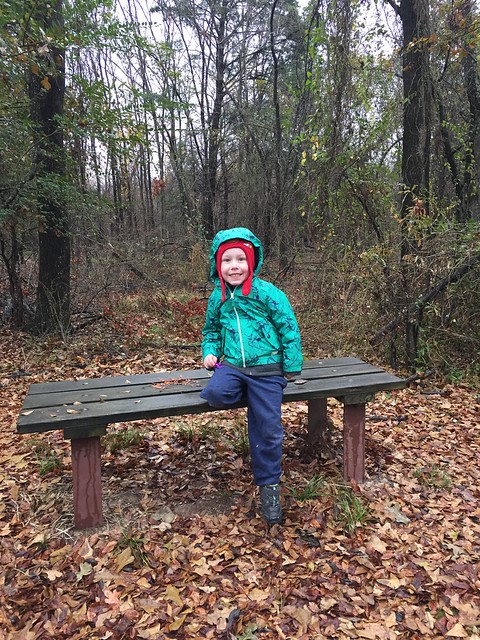 So, we made the best out of a dreary situation by hiking when the chances for rain were the lowest and getting in some trail explorations where we could, bundling up in layers in the process of it all. 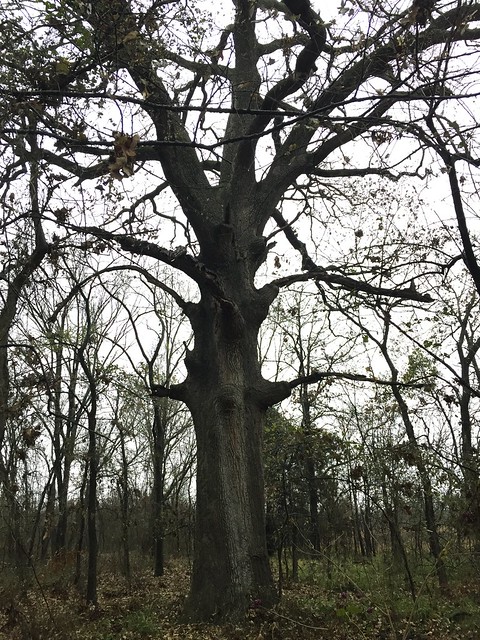 One thing this state park did was were several really large post oak trees! Forest calls lumbering live oaks ‘elephant trees’ because the way the limbs can dangle down and look like elephant trunks, but because we’d been talking about how the state park might be a great place to find wild turkey he began calling the post oak trees ‘turkey trees’! 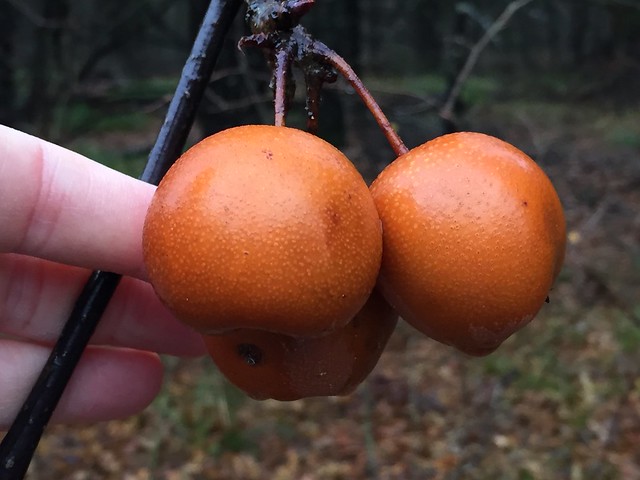 At the trailhead parking area we noticed this tree leaning over into the ROW, with limbs low enough to get fruits. From a distance we though persimmon and I put it in iNaturalist as placeholder but the taste and shape and such obviously didn’t lean that direction. It seems to be some kind of pear, though how it got there I don’t know. Bird? Human? I don’t believe there are any native pear species in North America. 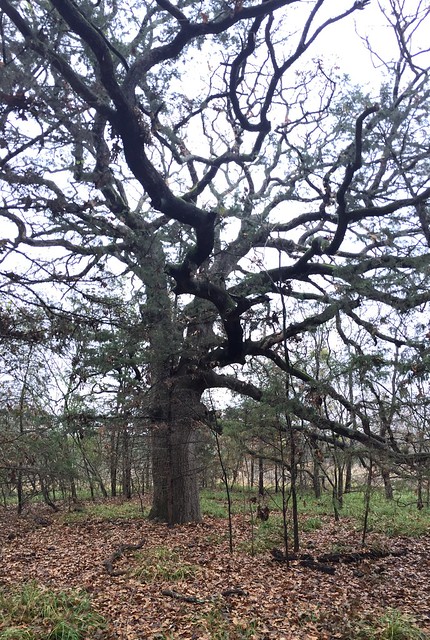 Turkey tree! And after all that, no turkeys were seen! 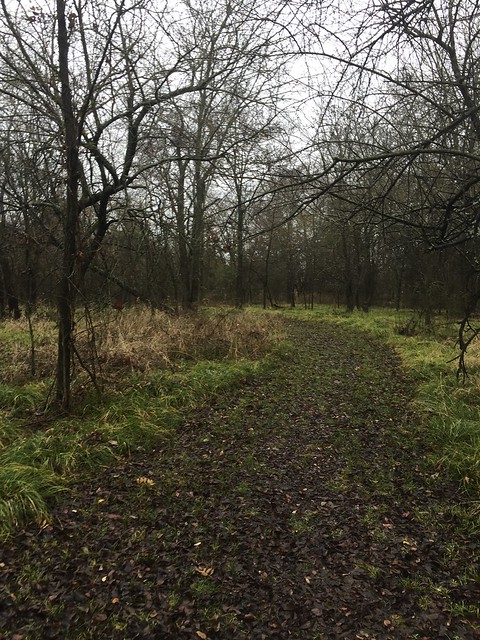 We were the only tent campers* until Friday evening, when after we’d spent half the day in Sulphur Springs, we noticed a tent had been set up down the road. We’d gone for a hike that morning and the rain chances for the afternoon were higher and not wanting to be stir crazy in the tent all afternoon we got Tex-Mex in town, found a Braum’s for ice cream (OMG, I miss Braum’s! They aren’t in the Houston area), killed some more time because the showing for Frozen II that still had tickets available wasn’t until 4:20. I think Chris thought Sulphur Springs would be a smaller town than it was and the movie theater wouldn’t be busy, but it was definitely big enough to sell out Frozen II on Black Friday.

*By this I mean, everyone else was in an RV or camper-trailer. It’s rare that there are a lot of tents at a state park. 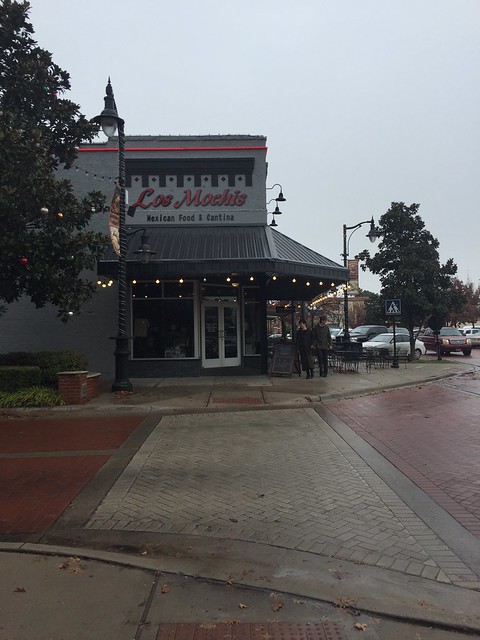 The restaurant was really good and some of the better Tex-Mex I’ve had recently and definitely beat out a few restaurants that we go to. 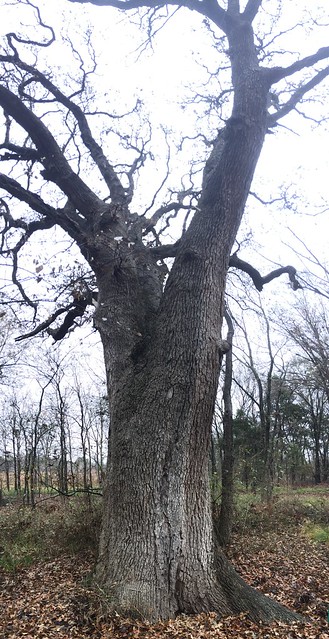 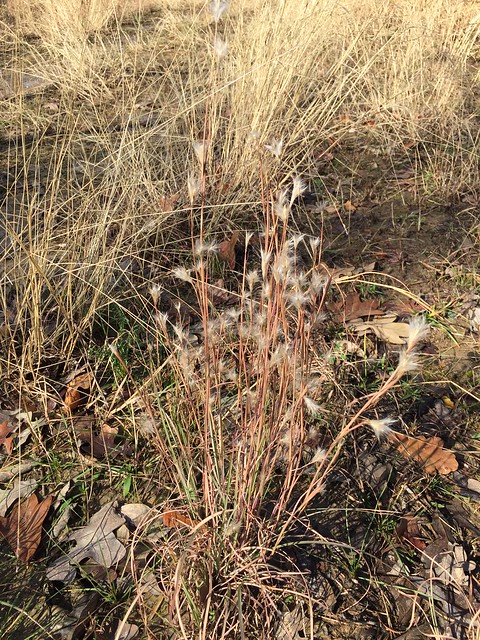 Andropogon ternarius, split-beard bluestem. I’ve been wanting to see this after a prairie blog I read talked (talks) quite a bit about it. I think I have a new favorite bluestem! 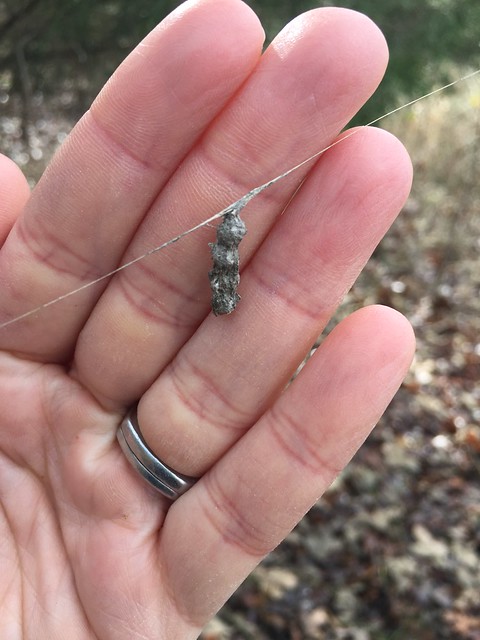 Mecynogea lemniscata, Basilica Orbweaver egg sacs—I have seen these before but never knew what they belonged to…and thanks to iNaturalist I now do!

How was your Thanksgiving?

I’ve noticed a few people attempting to do a blog post a day for December. I don’t think I can swing that but I’m going to aim for a post every weekday. I think I can manage that!