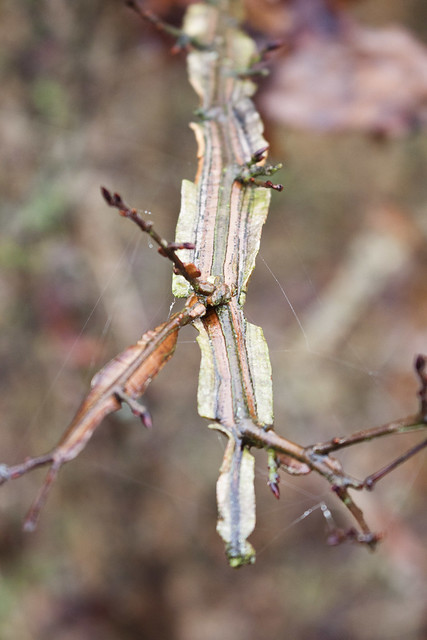 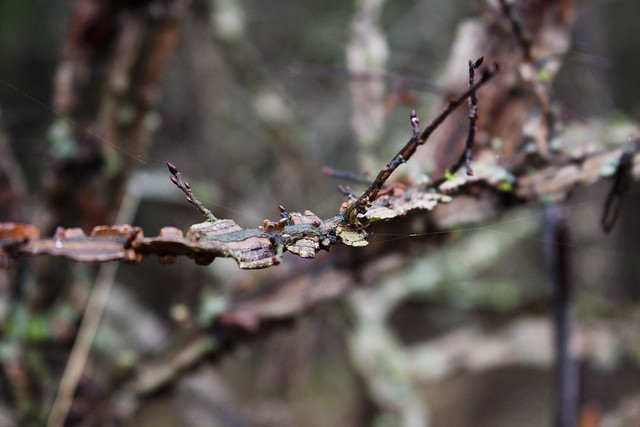 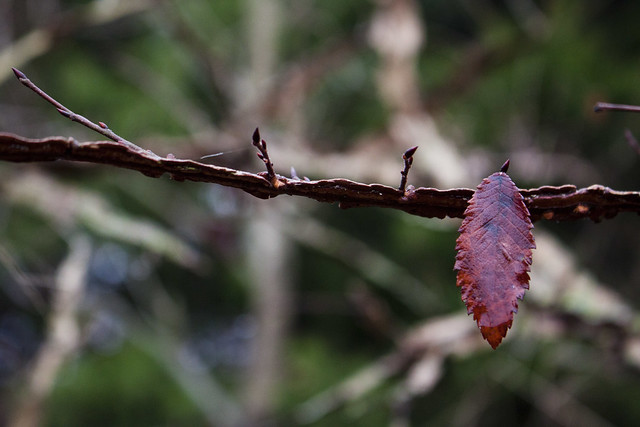 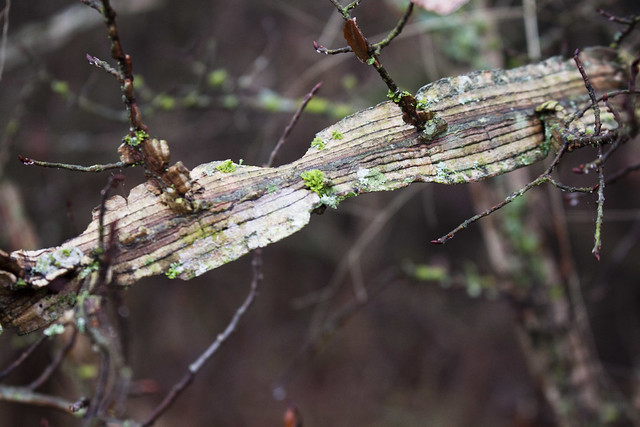 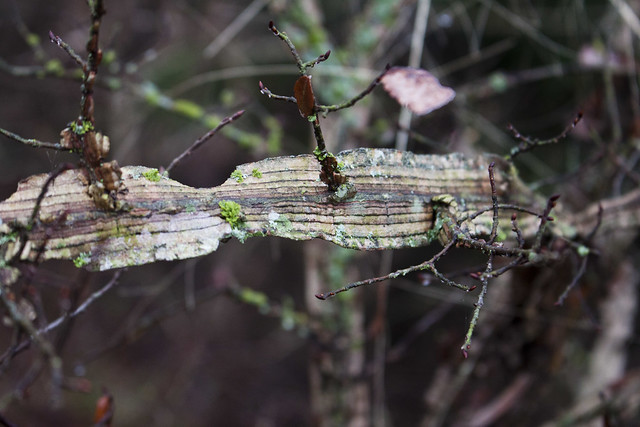 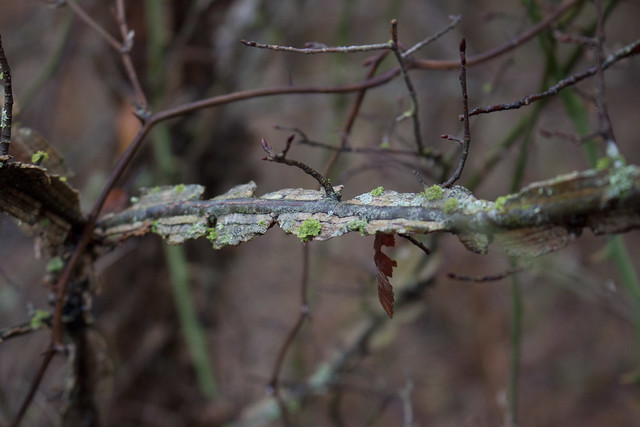 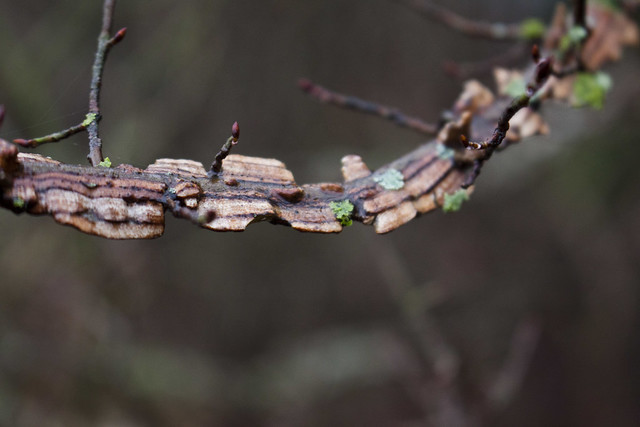 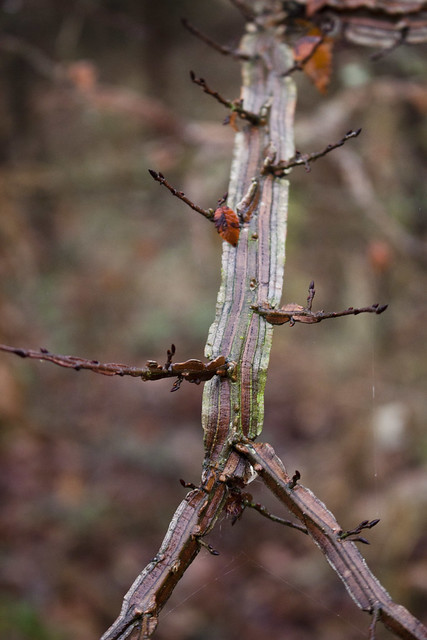 The winged elms, Ulmus alata, at Cooper Lake State Park back during our Thanksgiving camping trip were some of the wingiest winged elms I’ve ever seen! It was very tempting to want to break the little corky wings off but I resisted and just took in the interesting patterns of the wings and the coloration that the chilly, grey November day was giving to the wood. As you can see many of the wings were covered in lichen or moss, too, which made them even more interesting to view.

I’ve tried finding more information about how the wings are developed in this plant but so many of the science articles are behind paywalls so there won’t be much elaborating here. The Ladybird Wildflower Center says the inner bark was once made into rope in the 18th and 19th centuries and that the Creek Indians used the name Wahoo for the tree. It’s relatively widespread throughout the south and can be found in mesic to upland sites—so pretty versatile!

I just really loved these specimens at the park!