It had been four years since I had been to Little Slough. (More background on what the slough is on that link.) Chris had been in the summer of 2011, but otherwise we weren’t sure what we would find when we returned to our ghost orchid oasis. Because the water levels had not dropped as they normally do during this time of year, we were in for a lot more water than we were expecting. Navigating in was a bit hairy too, the usual pathway in quickly disappeared once we began. That’s a good sign that the area does not receive a lot of traffic, something we’ve tried to protect ever since Chris found the slough in 2007. Only a handful of people know the location and we’re purposely vague about where it might be located. 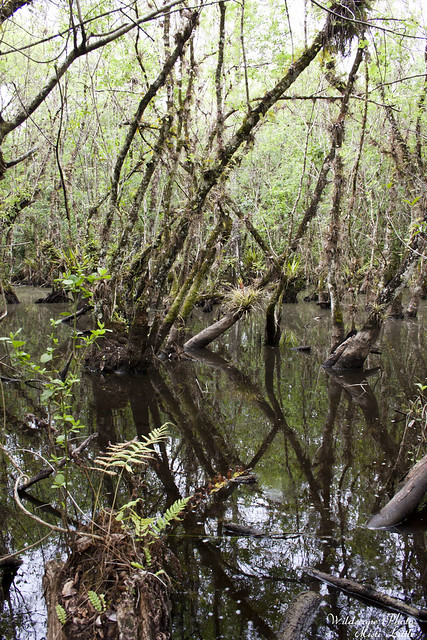 We came into the slough a little bit north of where we typically came in when we were visiting the slough on a frequent basis. I was confused for a few minutes, wondering where I was exactly located in the slough. 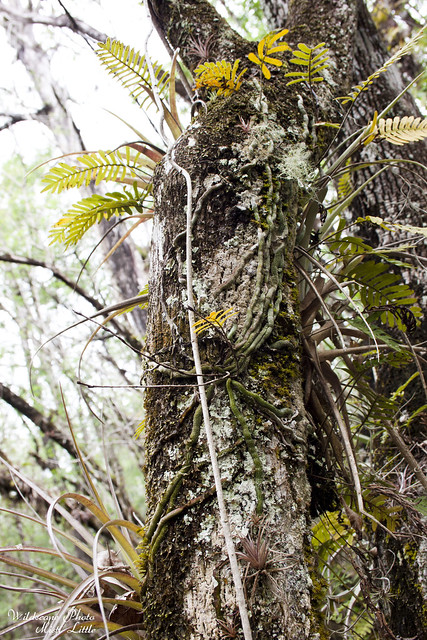 I had been worried and wondering about the population of ghost orchids here. Had they declined? Initially we’d counted 607 individual plants but we hadn’t done a resurvey since. There were definitely some dead or dying plants but many that were still thriving and had grown precipitously. 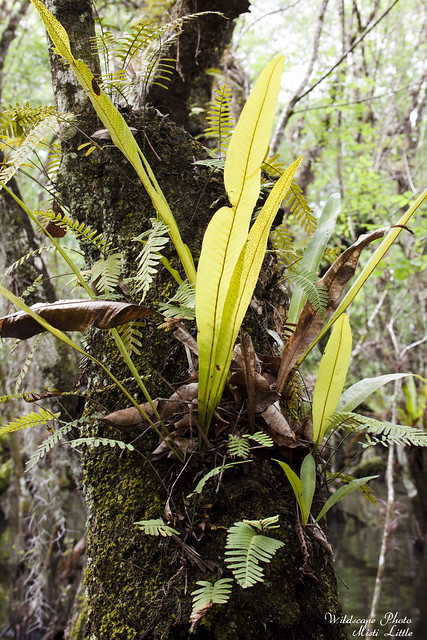 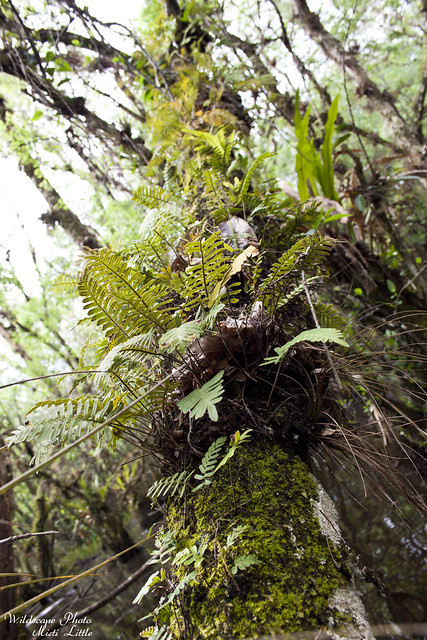 It was overcast that day, we were anticipating a fierce storm front coming off the Gulf of Mexico to the west. Chris and I got up early to get over to the slough so we could have enough time to wander around and to visit Bear Slough. 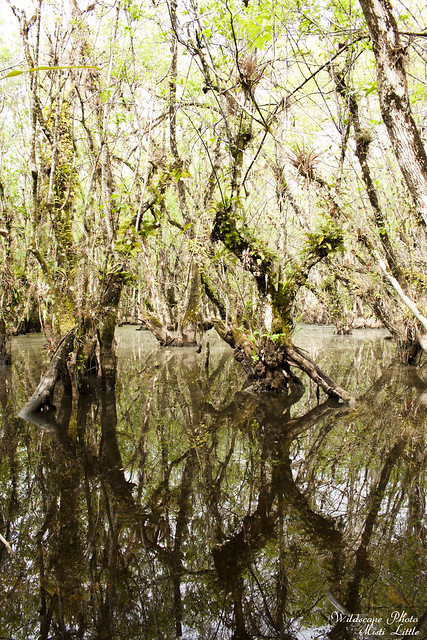 There was a bit of light at times coming through the canopy, dousing the trees in sun. Normally I’m not as hestitant about going into deeper waters but I was being cautious about venomous snakes and potential alligators since I was pregnant. We both stayed away from the deeper center of the slough. 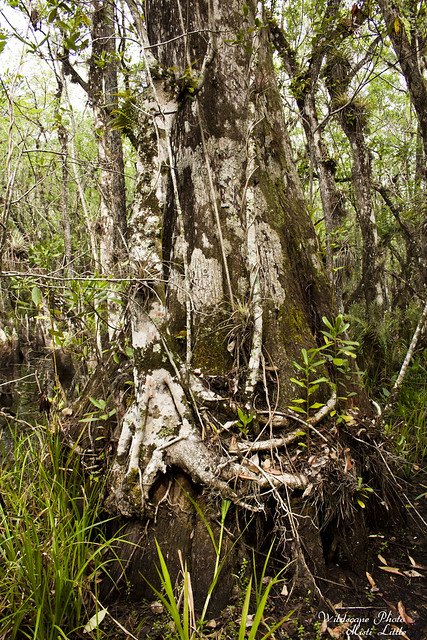 In my plant memory, I’d forgotten about strangler figs and how interesting they are to see what they have ‘strangled’. 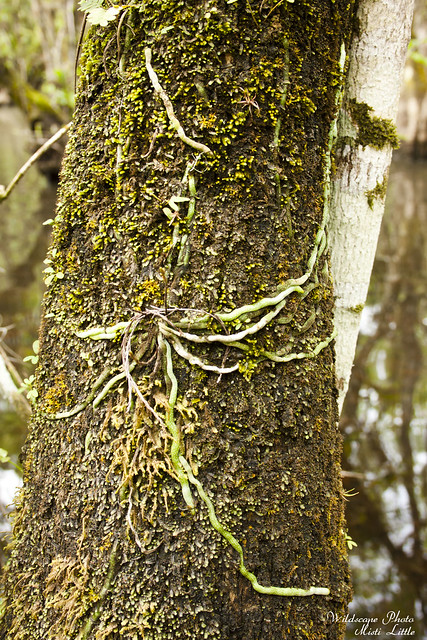 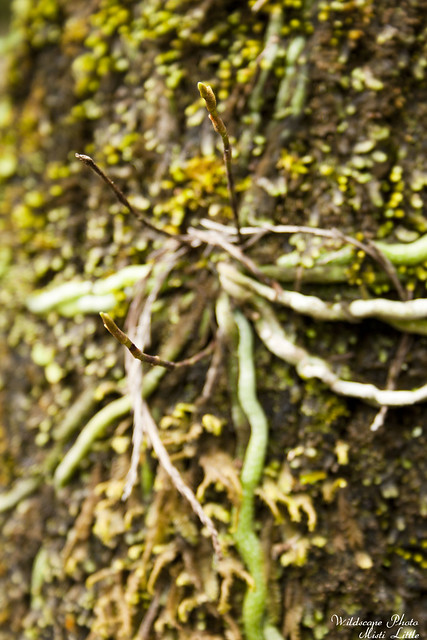 This orchid had two new spikes and an old spike from last year. The blooms should look good here in a few months. Too bad we’ll miss seeing them. 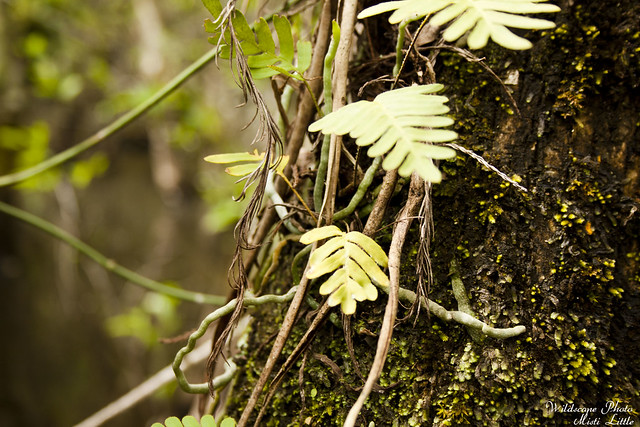 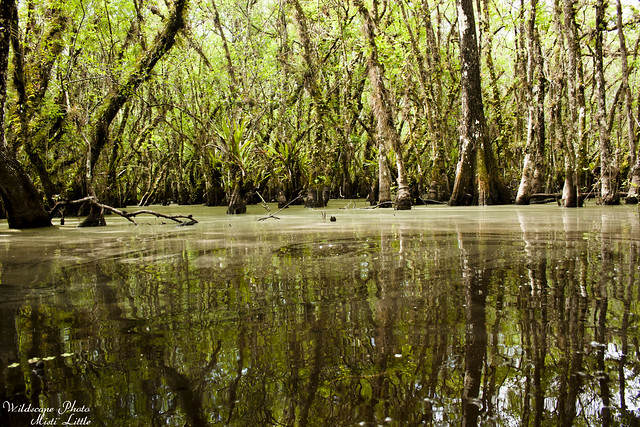 Mystical and magical, isn’t it? 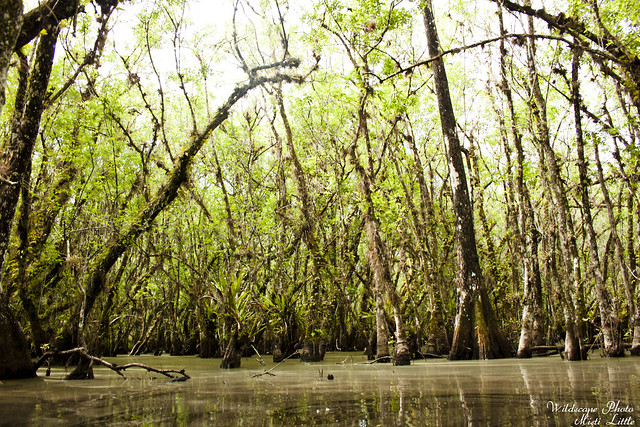 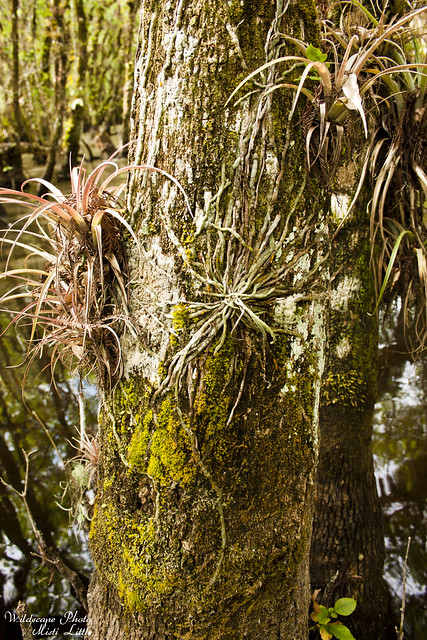 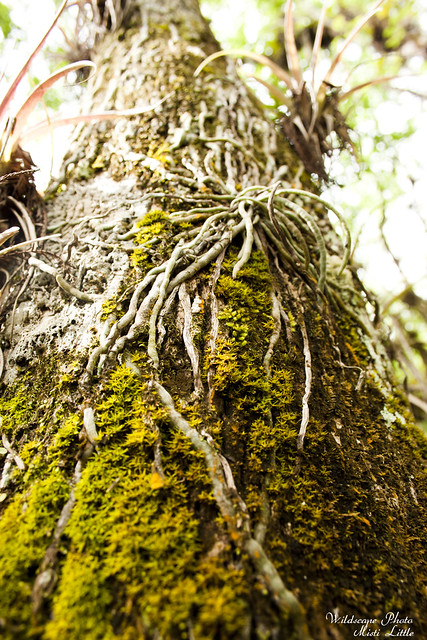 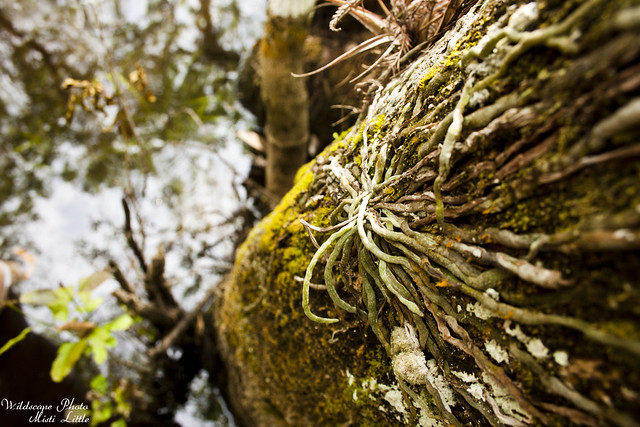 More magic from the slough to come…